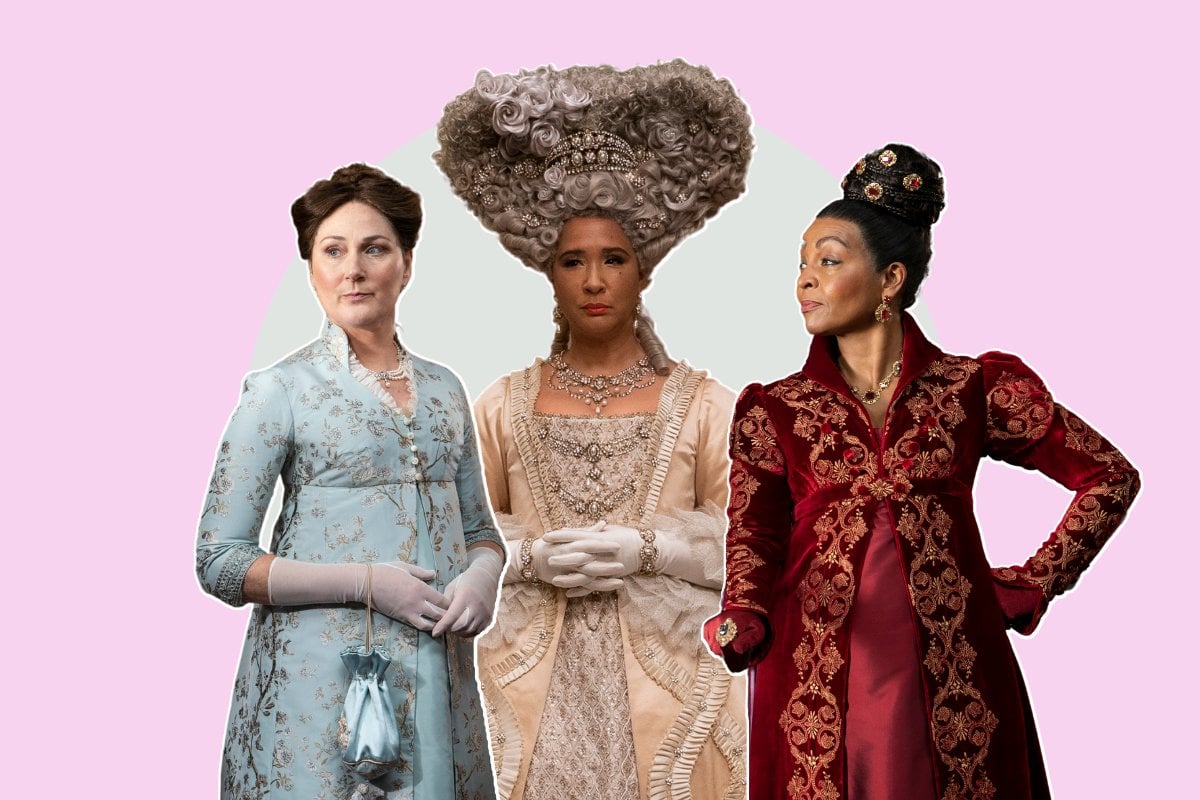 Bridgerton is a perfectly balanced mix of everything that makes for escapist content.

There is sex and romance, wrapped up in timeless tropes like 'enemies to lovers' and 'fake relationship turns real'. There are pretty costumes, gravity-defying wigs and fancy decor. There is gossip. Lots of gossip. There is even modern top 40 hits reimagined by string quartets.

It really is no wonder the show has become one of Netflix's greatest hits.

Most of us come for the two main storylines: the (sometimes raunchy) love stories of the Bridgerton siblings, and the relentless whispers from London's Regency-era Gossip Girl, Lady Whistledown.

Along the way, we've been charmed by smaller plot points like Eloise Bridgerton's displeasure with high society life and the constant scheming of the Featherington family.

Mostly, it's a low-stakes, high-reward watch. But now that we're two seasons in, I've come to a realisation. I believe the true heart of the series is in a less overt theme pulsing throughout: the agency of its women.

The unsung heroes of Bridgerton are its matriarchs and 'mamas'.

The misogyny casually portrayed in the show is just the tip of the iceberg of what things were really like in 1814. As Eloise is at pains to point out, it's all a bit sh*t for any woman who doesn't want to marry a man and provide him lots of babies.

In reality, this was a time in which women could not vote. They were classed as property, handed down from their father to their husband along with everything they owned. They had no social power whatsoever in reality. 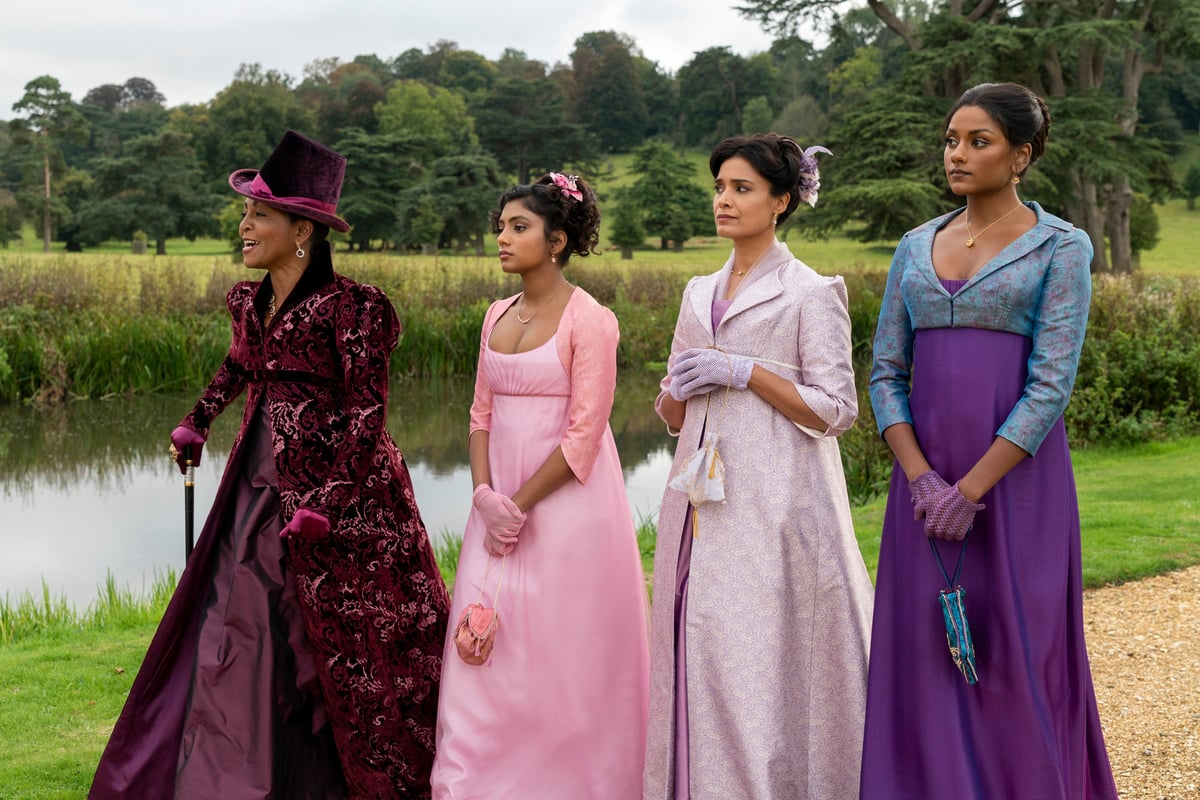 The women of the show - Queen Charlotte, Lady Danbury, Lady Violet Bridgerton and Lady Portia Featherington in particular - operate in an environment that aims to stifle them, but they don't let it.

Violet, Lady Danbury and Portia are widows, and Queen Charlotte runs the country in place of her incapacitated husband. None of these women answer to men. Instead, they act as puppet masters. They know how the sexist rules of the Ton are stacked against them, but expertly pull and twist its strings to suit.

For example, early in the second season, Lady Danbury cunningly leads (read: manipulates) the Queen into naming Miss Edwina Sharma as her Diamond of the First Water, setting up her ward as the most desirable woman of the season and establishing a match with the Viscount, Anthony Bridgerton.

In an interview with Mamamia, Lady Danbury actor Adjoa Andoh explained how important the way these characters navigate their world is to the Bridgerton tale.

"All the major, I suppose you'd call them 'matriarchs' of the show, are all running the show without the benefit of male support slash interference," she said.

"You see the brilliance of these women. You see the way they have to juggle so many things. You see the sorrows in their own personal lives and you see them putting on their public face and marching forward, and then you see this subtle under the radar way of operating that helps them achieve what they want to get."

And even though it's set more than 200 years in the past, Andoh found relatability in the women's stories.

"Those women's trajectories through the season is very much the story of many women in different circumstances across the world now, as well as in the past. That thing where you don't necessarily have the power. How do you navigate to get what you want?"

She established a backstory for her character to help her in portraying Lady Danbury's skills.

"Lady Danbury has been at court for a long time. She came to court as a newbie and really didn't have a whole social structure to support her, so she's had to navigate her way through the bear pit that is the Ton," Andoh explained.

"She's adapted skills for survival and she understands that knowledge is power. So she knows what's going on... her eyes are watching everything. She's listening to everything, and developing that skill of knowing what's going on with who, who's strong, who's weak, who needs support, who needs to be nudged a little, all that stuff."

Queen Charlotte, played by Golda Rosheuvel, is another fan favourite. For Rosheuvel, it's a privilege to have a role with such power and agency, especially set during a time where this would not have been a reality.

She said clever writing and a willingness to tell women's multi-dimensional stories led to one of the greatest experiences of her career.

"The reason I am there is to push the boundaries out a little further for a space to have inclusion and representation and reflect the world that we're living in," she told Mamamia.

"It is probably one of the most powerful experiences I have been involved with. And, you know, working with these great, amazing actresses in this time of lives is so empowering and really bloody brilliant... For the three of us to be in this beautiful, amazing thing that is stretching boundaries, crossing universes, you know, is really brilliant,"

Season two offers more of a backstory on the Bridgerton parents, particularly Violet following the death of her husband Edmund.

Her grief is explored more, with the storyline offering us more context as to why she wants 'love matches' for her children while other parents prioritise wealth and social connections. 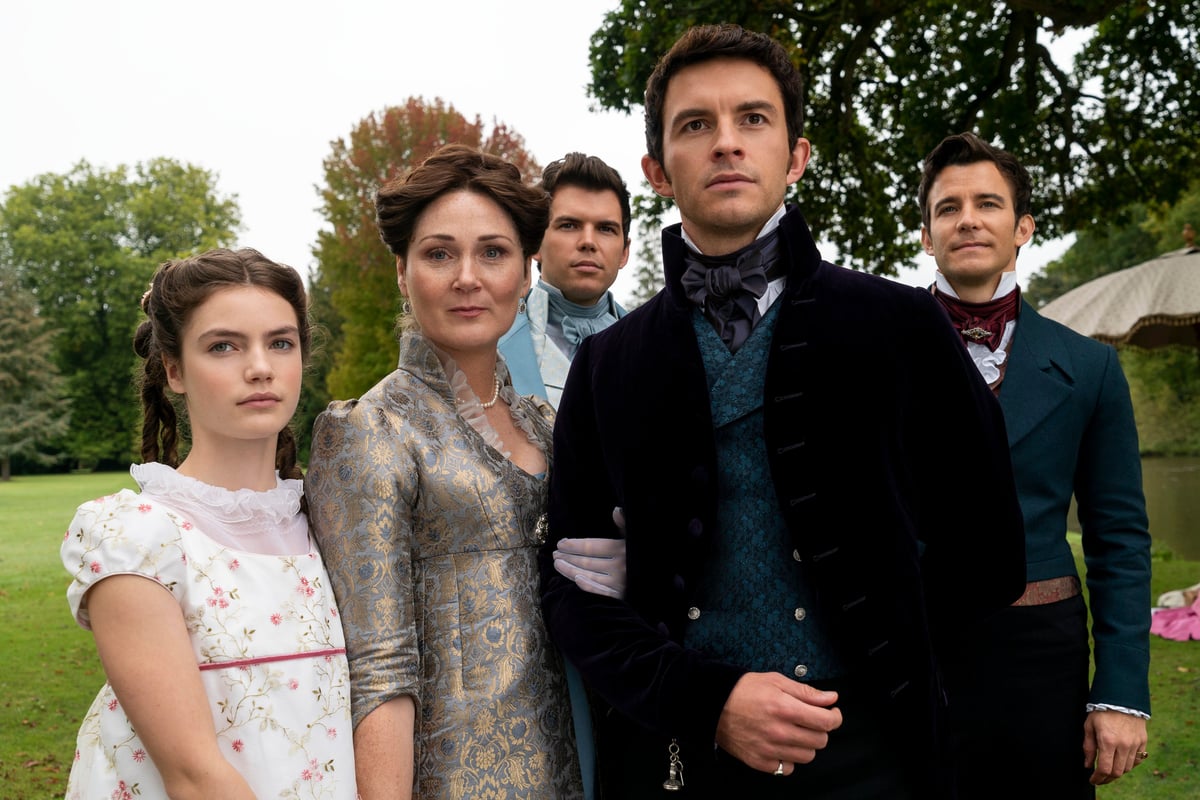 Ruth Gemmell told Mamamia it was wonderful to flesh out her character more.

"It was a real privilege. I think most actors really relish the idea of showing human frailty and the vulnerability of a character. They're interesting to play. And I love those scenes, and I love them because of the subject matter.

"I think grief is universal and something that I certainly identify with and I think working with Johnny Bailey [who plays Anthony] was a dream. I felt completely safe to play and to mess up and try again. It was lovely, and it was a different side of a Violet, I got to show a side that showed why that family is the way they are. And that was great."

There's little wonder that of all the characters in Bridgerton's ensemble cast, it's Queen Charlotte, Lady Danbury and Violet who are the subjects of an upcoming prequel. While little is known about the project at this stage, it will be about the life of Queen Charlotte in the decades before the events of Bridgerton, with younger versions of her Ton friends and subjects also featuring.

Here's hoping that show gives us an even deeper look into the cunningness and determination of these women, in a world that wants them to be anything but.