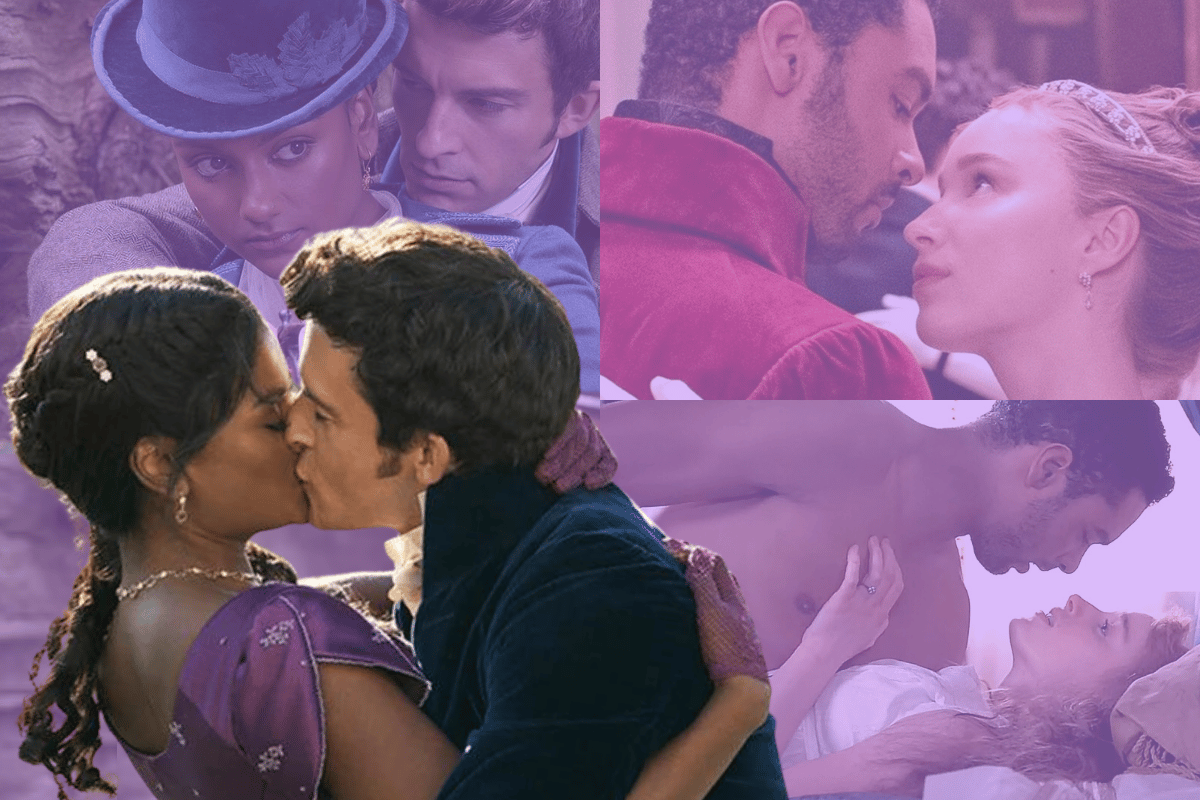 But it's not just the show's plot that has created a legion of fans. It's the steamy scenes between certain characters, that has sparks flying and eyes peeled.

And when it comes to filming sex scenes for movies or television, it's far more complicated and clinical than one might expect.

In an interview with E! News, season one stars - Phoebe Dynevor, who plays Daphne, and Regé-Jean Page, who plays Simon - shared that there was an intimacy coordinator on set who made the sex scenes feel "like they were intricate stunts".

"We were immensely well prepared," Page said. "We had dance lessons, writing lessons - essentially, a lot of time in each other's arms before we even hit the set."

He continued: "And so once you've spent that many hours on the dance floor with someone, being close to someone, literally catching each other when you fall - and we did fall because we weren't brilliant dancers - then a lot of it happens quite organically."

Showrunner Chris Van Dusen added that the steamier scenes throughout the series were "really, really rehearsed".

"Those scenes were heavily choreographed, much like an action sequence, like, 'Your hand goes here, your leg goes there'."

Lizzy Talbot, Bridgerton's intimacy coordinator, shared a similar sentiment to Vulture. She said that communication between the actors was key.

Choreography apparently makes or breaks a scene. It's interesting to know that a four-minute sex montage like the one we saw on the first season of Bridgerton, where Daphne and Simon get it on in every corner of the castle, can take weeks to plan into single choreographed moments.

Talbot said one of the biggest challenges when filming the love scenes between Daphne and Simon was the sheer height difference between the two actors. Especially when acting on a Regency-era sized bed.

Listen to the latest episode of The Spill today. Post continues after audio.

"So many scenes we did involved beds of Regency size. Reǵe being as tall as he is, is not really suited to a Regency-sized bed, lengthwise or even widthwise when there’s two people on it," she said. "So we had to work really hard to make sure that if there's ever any rolling action - which happens quite a lot in these scenes - that they didn't accidentally roll off the bed."

And along with the choreography, plenty of 'intimacy props' were used during filming too.

As Phoebe Dynevor told The Guardian: "We would rehearse the sex scenes like stunts. I would literally know exactly where a guy was going to put his hand at what moment. And we'd have props, like mats, that went in between us. It was more intricately choreographed than our dance routines in a way, so I never really felt exposed at all."

Talpot also told Buzzfeed that hand signals were a way for the actors to quickly express if they were comfortable in the moment of filming, ensuring they "were good to go". 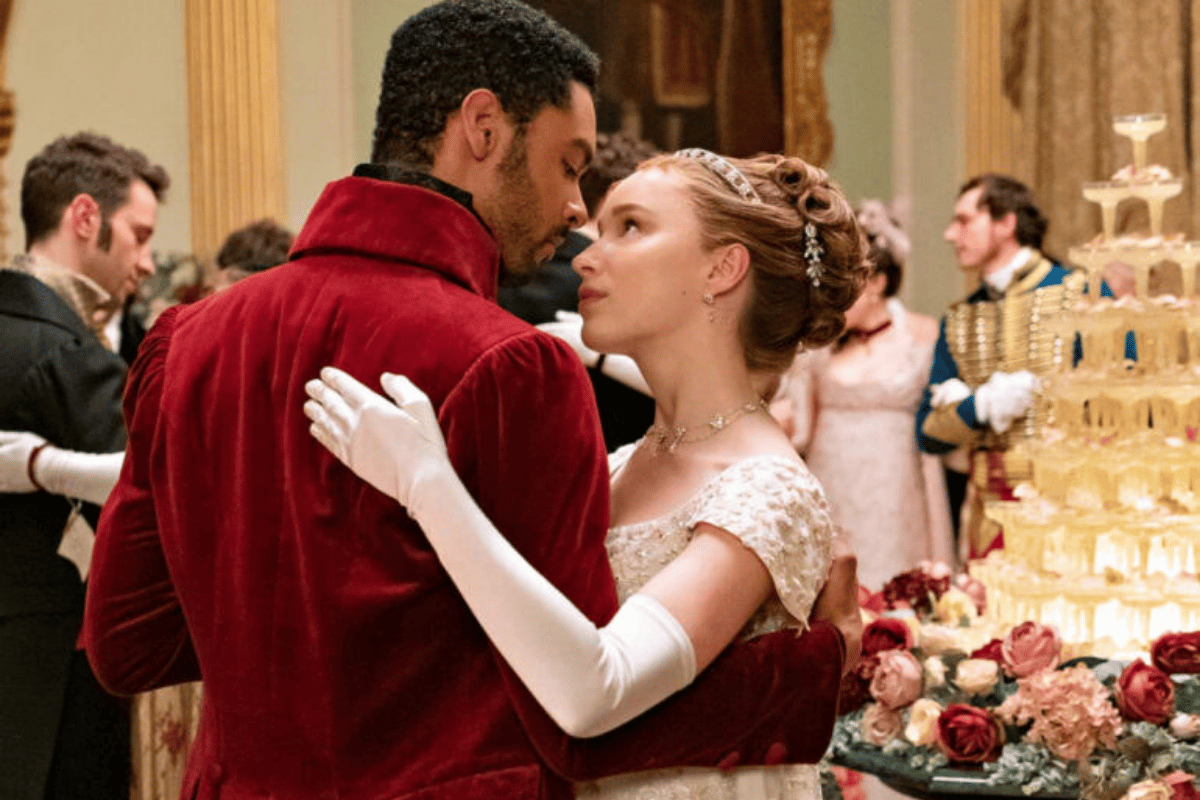 As for season two, those who have binge-watched the show already would be well aware that there aren't as many sex scenes in comparison to season one.

Although this has some lustful fans pretty disappointed, showrunner Chris Van Dusen explained the reason behind this was because the storylines for each season are completely different.

He said at a recent press conference: "It was never about quantity for us and our approach to intimacy on the show really is the same as season one. We've never done a sex scene for the sake of doing a sex scene. I don't think we ever will. It's a different story, and let me just say the chemistry between these two is just off the charts. It is just so amazing and there's so much sexiness in just the looks across the room, and the hands grazing, and the fingers almost touching. You can really feel that build from episode to episode, scene to scene, and you know that when we get there, the climax if you will, the payoff is going to be well worth it."

As Bridgerton fans would remember, Jonathan Bailey who plays Viscount Anthony Bridgerton, had plenty of full-on sex scenes in the first season with character Siena Rosso. So season two's intimacy would have been a breeze in comparison! 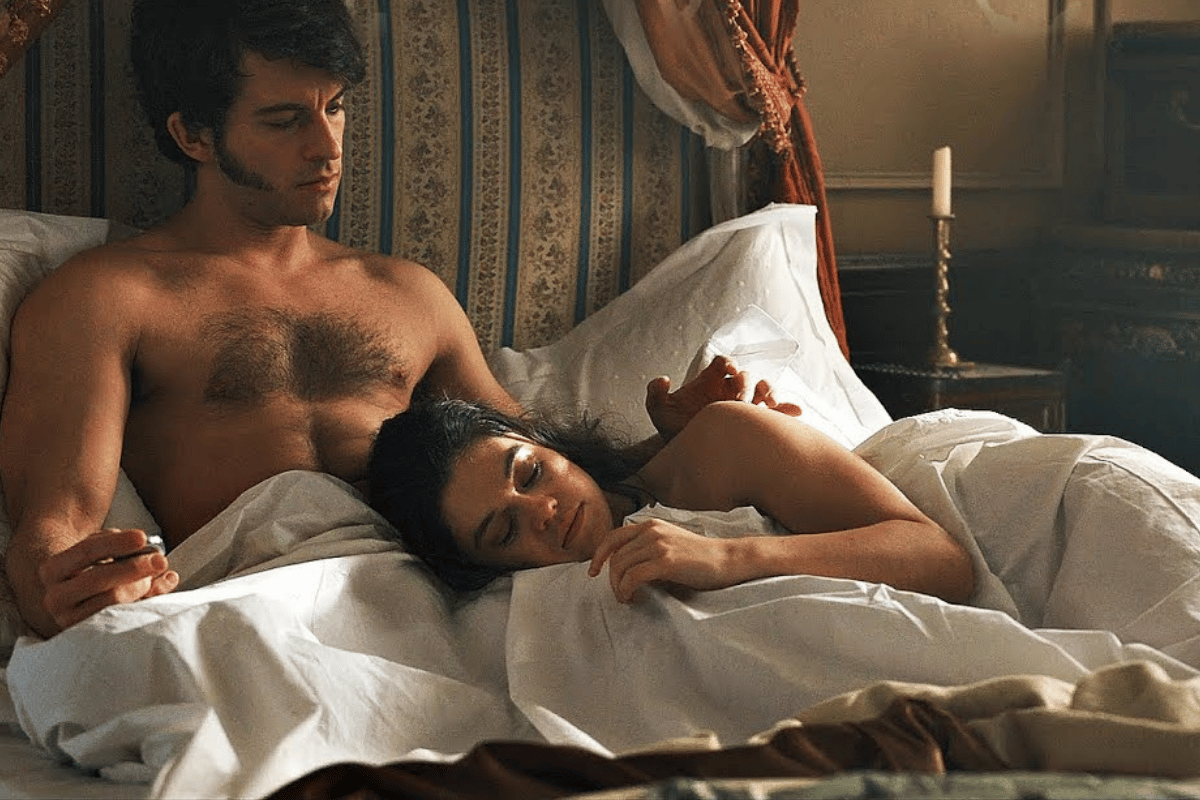 Bailey spoke to the Radio Times about his season two scenes with Kate Sharma, played by Simone Ashley.

He said: "It's amazing how that whole industry has just come on, even in a year. There are new tricks to the trade - little cushions. And it's amazing what you can do with a half-inflated netball."

So what exactly does a half-inflated netball allude to you may ask?

Bailey went on to explain that when two actors are performing a sex scene, the rule is they must "have barriers separating them". So what the half-inflated netball and similar objects like it can do is act as a barrier between the actors, allowing for movement without them having to have too much skin-on-skin.

He continued: "It's pretty silly really and we have some hilarious moments, but it makes it less awkward."

Simone Ashley said: "We were in a very safe environment and we worked with an incredible intimacy coordinator who encouraged us to portray what it is for the female character to experience pleasure. That's important for us to see, because it's not like it doesn't happen."

As for some additional tricks often used on set when filming love scenes, common must-haves are some aloe vera (prevents chafing and skin irritation), a pillow (to put in between each of the actor's pelvic area) and plenty of modesty gear. And last but definitely not least, a respectful co-star.

As Ashley noted: "Johnny [Jonathan Bailey] was an amazing co-partner to work with. We always had each other's backs and made sure that we would always check in with one another and make sure that they were okay." 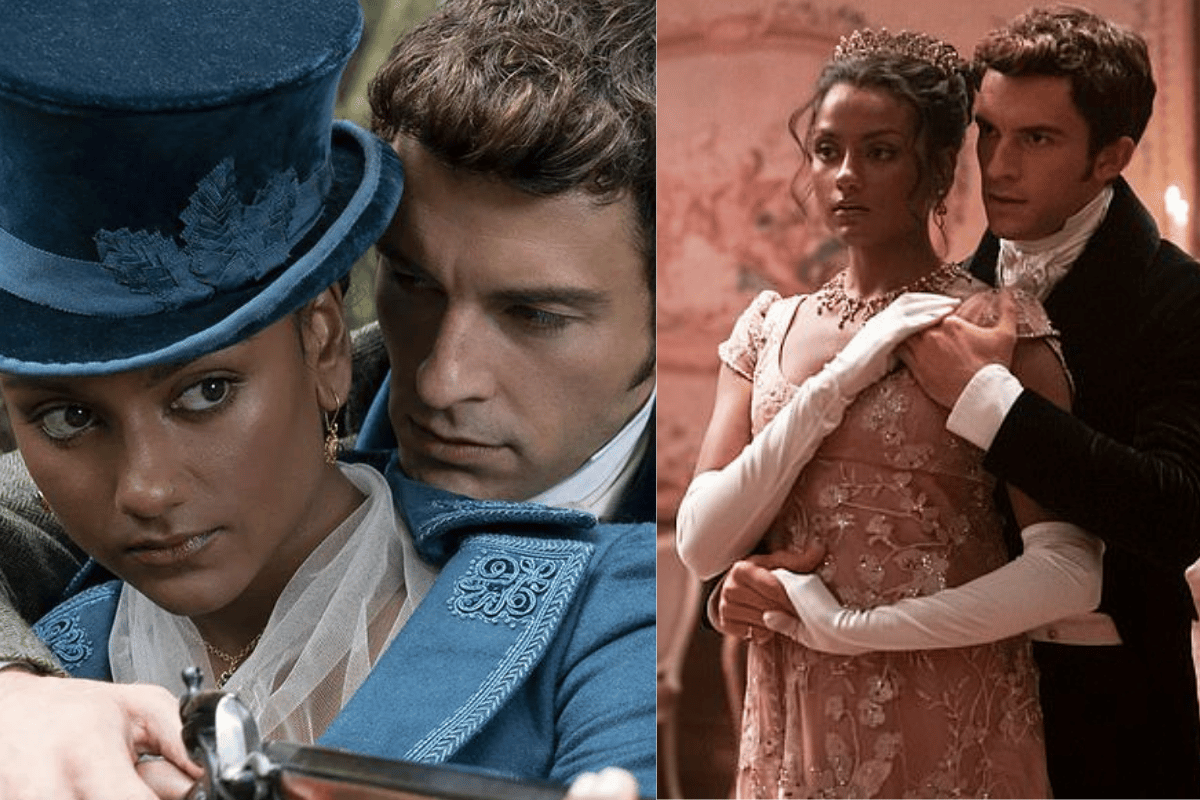