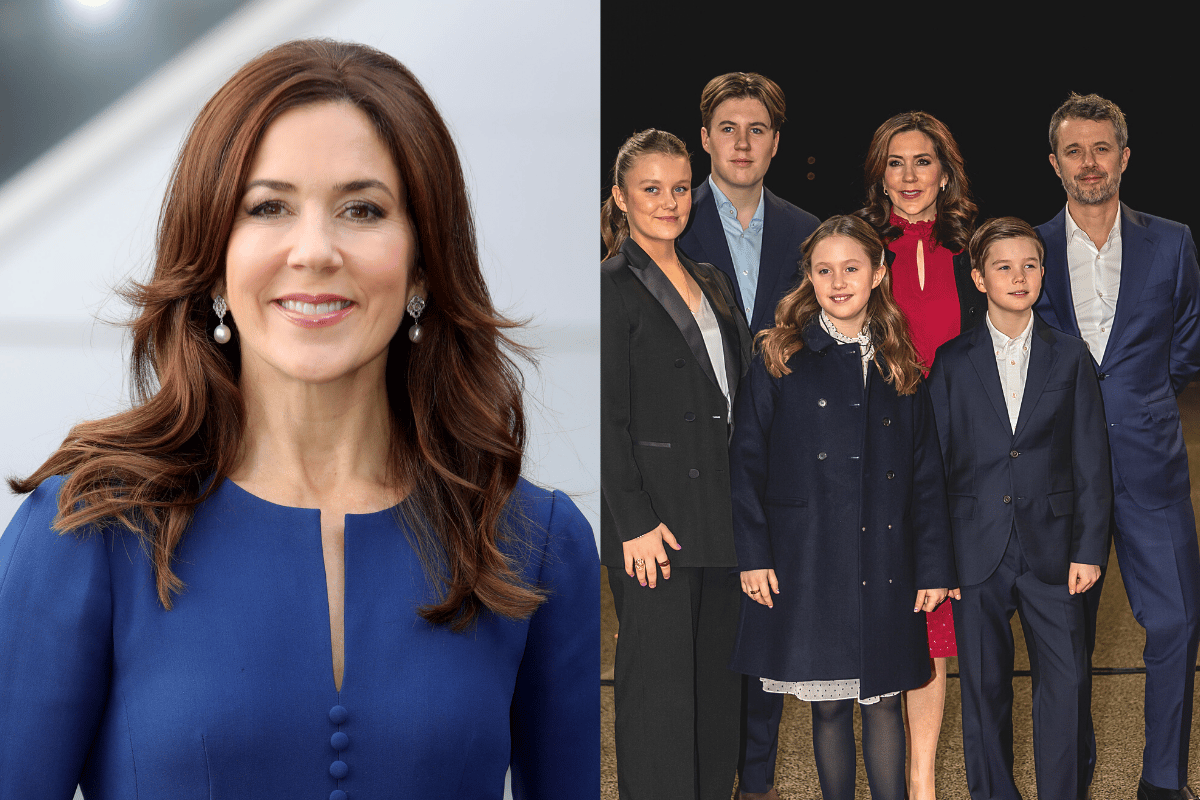 On May 14 of that year, she wed Prince Frederik, the Prince of Denmark and Mary from Tasmania became her Royal Highness The Crown Princess of Denmark.

18 years later since that moment in time, Crown Princess Mary has just turned 50.

And with two new revealing interviews sharing some valuable insight, we unpack what her life looks like now as a royal in the spotlight.

On October 15, 2005, the couple welcomed their first son Christian. Less than two years later on April 21, 2007, their daughter Isabella was born.

"The last ten years was a rewarding and difficult journey," she told The Australian Women's Weekly in 2017. "We worked hard with specialists and partners who established The Mary Foundation. Our efforts aimed to make lives of people better and to give a sense of hope to them for the future."

In January 2011, the couple welcomed twins Vincent and Josephine.

"Finding the right woman and getting married and having the children that I have now, it was something I could only dream of back then. For that dream to come true is what I appreciate the very most," said Prince Frederik to New Idea in 2018. 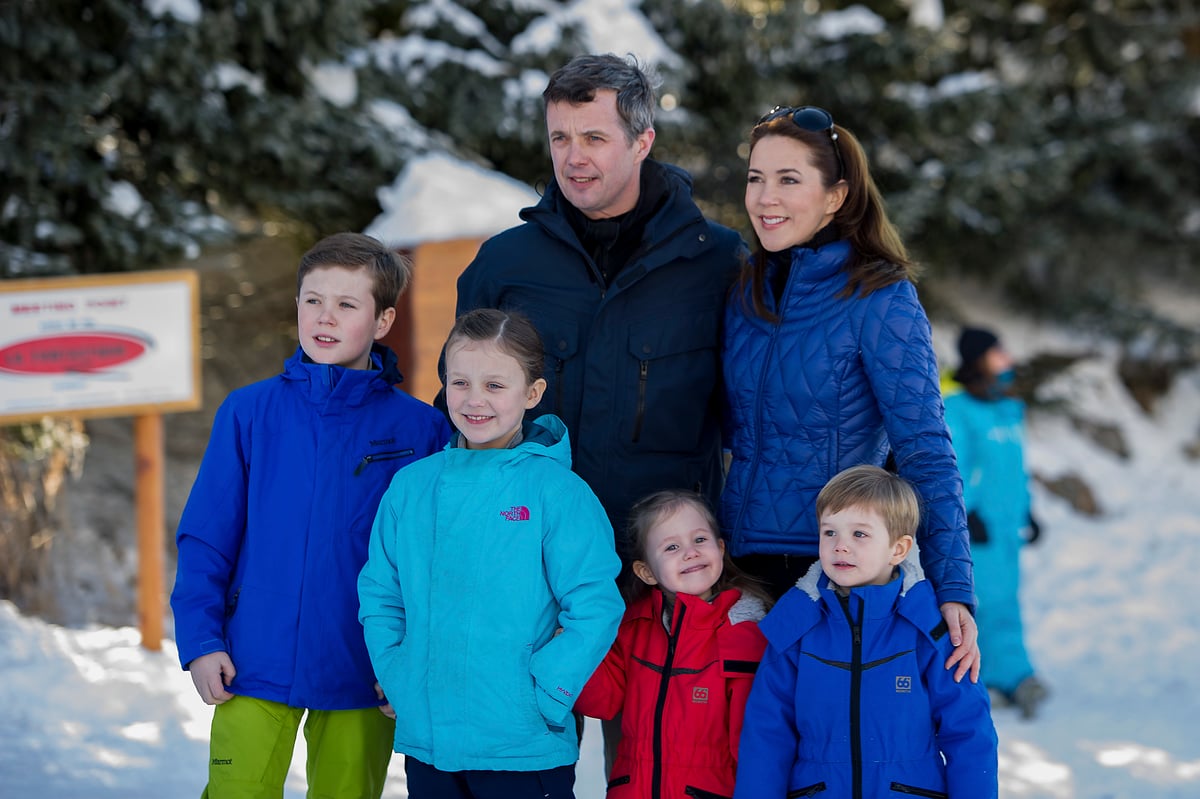 The Denmark royal family in 2015. Image: Getty. In 2022, Princess Mary and Prince Frederik are raising two teenagers, Christian and Isabella, and their two youngest children, Vincent and Josephine, are on the cusp of adolescence.

Reflecting on what this time looks like for her kids, Princess Mary noted that she has had concerns.

"You know, we have two teenagers in the house and teenage years are very transformative and vulnerable. It's the years when you make mistakes, and mistakes are important. Hopefully you learn from them and get on the right path. So I hope that they continue to be given the freedom and space to make those mistakes and to come through those explorative years," she shared recently.

"We hope that they grow up to be strong and independent individuals, who will have the courage to follow their aspirations. It's important that they know who they are, are proud of who they are and the family they belong to, and what that family represents."

And in her 50th birthday interview with The Australian Women's Weekly, Princess Mary said that being together with her family is where she feels most at home and herself.

"Being part of a family, I believe, is where we are both our strongest and our most vulnerable. The deeper the love, the deeper the grief. Something I experienced when I lost my own mother at a young age."

Henrietta Donaldson died from a heart condition when her daughter was 25. Three years later, Princess Mary would meet Prince Frederik.

As well as raising her children in a way that would garner the Danish public's 'support', there have been plenty of additional expectations placed on Princess Mary too.

"Very early on, it was clear that there were expectations about what you wore and how you dressed appropriately to an event," she said this week in an interview with The Financial Times.

"That was pretty daunting for me. I was a T-shirt-and-shorts girl, known to go barefoot. At times it can feel frustrating that what you’re wearing can overshadow the cause at hand."

But of course, Princess Mary has found a style that best works for her: something that fits the standards placed upon a Princess while also opting for a "decidedly modern approach to royal daywear".

Championing important causes has been paramount for Princess Mary as well.

Along with The Mary Foundation, she has worked in the sustainability space, fronted the LGBTI+ organisation WorldPride and become an advocate for women's reproductive, health and sexual rights across the globe.

"I've always had a strong sense of justice: that everyone should have the same opportunities, no matter where you come from."

Thirteen years ago, she participated in the first-ever Global Fashion Agenda, the Danish-led international sustainability summit, which is seen as the golden standard in the conversation around fashion, textile production and environmentalism.

"Sustainability at that time was a relatively new focus. There's been some progress, but an enormous transformation still has to occur. I look forward to the day that when I buy a piece of clothing where sustainability is simply a gift with purchase."

As for what Princess Mary's 'everyday' life looks like in Copenhagen? Well, interestingly, she paints it as pretty normal. It isn't the glamorous parties or royal galas where she feels most grounded - it's with her horses.

"It's always been a happy place for me in the stables. It's a place where I'm just Mary. It’s very meditative," she shared.

"The Danes are proud of the fact that their royal family can go around freely in society. Because of that, there is a natural respect of your space. If I go into Copenhagen, or out to eat, or to the cinema with my children, I feel like we are given the space to do so."

Even in the age of mobile phones and selfies, the Princess says she can see both the pros and cons.

"The positive side is that it means we can communicate more directly. On the negative side, everyone, everywhere, anytime can take a photo or a video. But what can you do? I make eye contact with people and smile. How to live with social media is an area at the forefront of the royal conscience."

She continued: "A monarchy exists in the time and the society that it is a part of, and Danes are progressive and innovative and free-thinking. How progress happens is dependent on the personalities of the people within the royal family, and, of course, the people they are among."

And fortunately, that space and level of freedom that Princess Mary was given, ensured she could make this royal role her very own - a privilege few royals are afforded.

"I have always been very aware that being Crown Princess is a position that comes with unique possibilities. From the very beginning, I was given the freedom and support to shape my own role and figure out how I could contribute to making a difference," she shared with The Australian Women's Weekly.

Looking back on her wedding day and the new life that came with it, she reflected:

"One piece of advice I was given in the lead-up to our wedding was to enjoy it, take it all in and just be present in the moment. Easier said than done: the day was very overwhelming. It was huge. I was saying 'yes' both to the love of my life and to my new country. Not only before our families and friends but before of the whole of Denmark."

As noted so beautifully by The Financial Times, the concept that Mary is 'the people's Princess' or the 'Danish Diana' are completely accurate, but "just without the sombre subtext".

There's no denying the level of service Princess Mary has not only given to the people of Denmark, but also to important social causes that affect millions around the world.

So in her 50th birthday interview with Danish publication Morgenavisen Jyllands-Posten, she said:

"Yes, I am very privileged, I am fully aware of that. But I see no contradiction in being privileged and committed. The most important thing is how to get involved and why. I wanted to lend my voice to the cause."