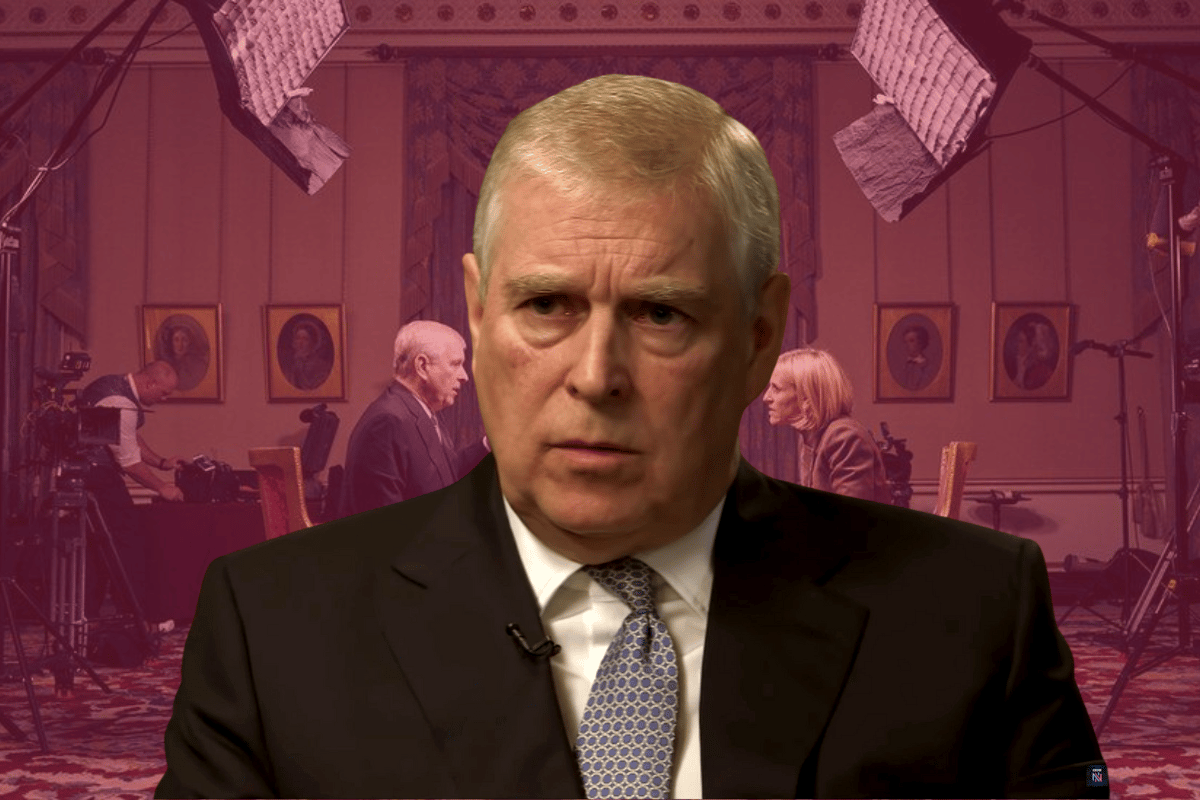 There's a reason why the British royal family don't often sit down for one-on-one interviews about their private lives.

Because when they do, it very rarely goes well.

When Prince Andrew went on BBC's Newsnight for an interview with BBC presenter Emily Maitlis in November 2019, things went "nuclear explosion level bad". Very quickly, the train wreck interview cemented itself as one of the most infamous pieces of televised journalism in the past decade.

Only three days after the interview aired, the palace announced Prince Andrew would be stepping down from royal duties. And as we now know, things haven't been great for Prince Andrew since, with the Duke of York paying a financial settlement to his accuser Virginia Giuffre. The settlement formally ended a civil case brought against him in the US. Prince Andrew has not been charged with any crime and has vehemently denied any wrongdoing.

This week, the producer behind the BBC interview has opened up for the first time about all the behind-the-scenes details, which include fascinating revelations.

Here's what we now know.

In 2019, rumours, allegations and concerns surrounded Prince Andrew because of his friendship and closeness with late convicted sex offender Jeffrey Epstein.

Epstein, who took his own life in his Manhattan jail cell in August 2019, had created a sex trafficking ring which allowed himself and his rich, powerful friends to have sex with underage girls - some allegedly as young as 12. Epstein also paid his victims to recruit new girls for him to abuse in his Manhattan, New York and Palm Beach, Florida residences.

Ghislaine Maxwell has since been sentenced to 20 years in prison for helping Epstein sexually abuse teenage girls.

Newsnight producer Sam McAlister and her team knew they wanted to speak with Prince Andrew about his friendship with Epstein and Maxwell.

In an excerpt published by the Daily Mail from her new book, Scoops: Behind The Scenes Of The BBC's Most Shocking Interviews, McAlister said they were shocked when Prince Andrew agreed to an interview.

"We were sitting face to face around a small table in Buckingham Palace - three of us from BBC Newsnight, plus Prince Andrew, his private secretary and Princess Beatrice. At stake was the interview every broadcaster across the world would have given their right arm to do just then," she said.

After two hours of intense questioning from the Prince and his daughter, McAlister decided to bite the bullet.

She said to him: "Sir. I have lived in this country for over 40 years and, until now, I only knew two things about you. It's that you're known as 'Air Miles Andy' and 'Randy Andy' - and I can absolutely tell you that the latter really doesn't help you in your current predicament."

When Prince Andrew responded with a laugh, the Newsnight team exhaled. After some additional push and pull, they had secured the interview. 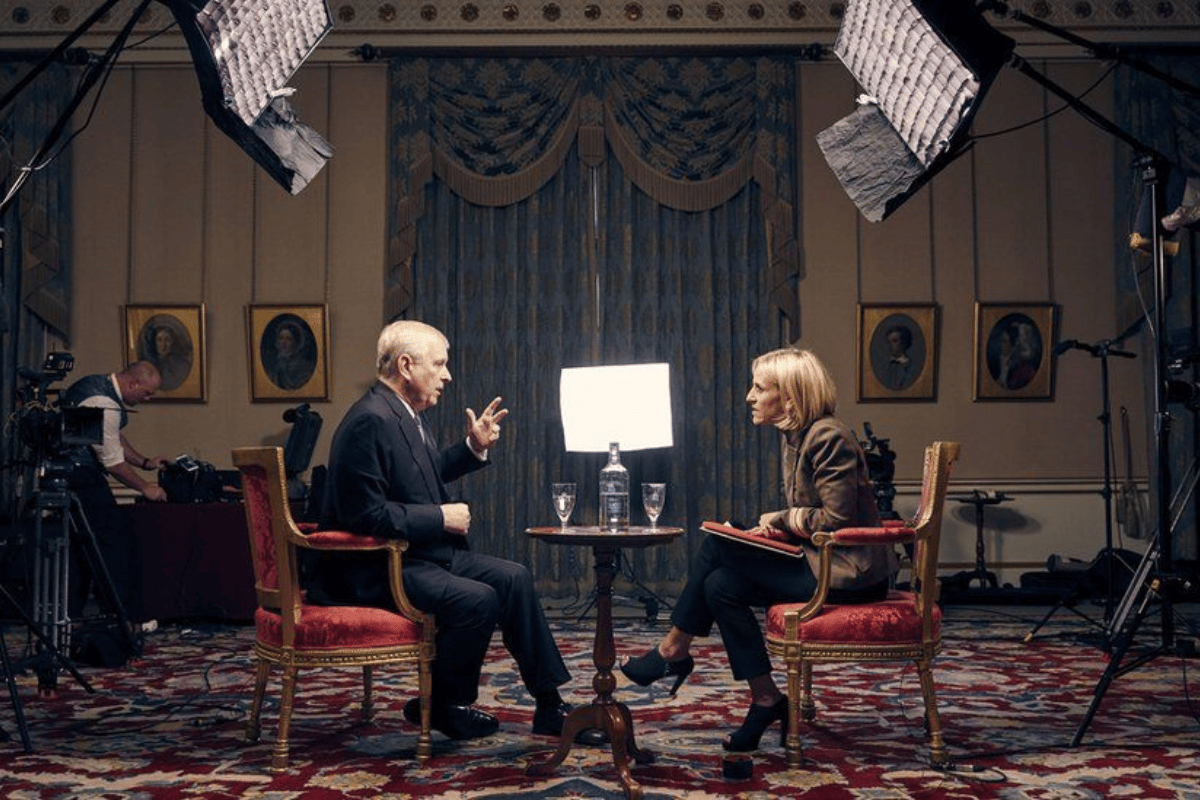 So in November 2019, the Newsnight team went to Buckingham Palace.

They were met with a cheery "Morning!" from Prince Andrew who appeared "upbeat, smiling and friendly".

He had decided to bring his daughter, Princess Beatrice, with him.

"To be frank, the only thing worse than speaking to a prospective interviewee about allegations of sexual impropriety and sex with a 17-year-old girl is having to do so in front of his daughter," McAlister reflected.

"Princess Beatrice was polite and engaged, but, unlike her father, she was evidently anxious about the meeting and clearly there to protect his interests. I'd heard she was close to the Queen. The Prince's eldest daughter was now, I felt, the person who could make the difference between us getting the interview or not."

McAlister found it surprising that there was never an attempt from Prince Andrew's team to find out what Newsnight would be asking, or to place conditions on the questions.

When asked by Maitlis during the interview if he regretted his relationship with Epstein, Prince Andrew used a mind-blowingly weak word to describe his ex-friend - "unbecoming".

Prince Andrew also said his relationship with Epstein had "some seriously beneficial outcomes" unrelated to the sex offences.

And when Maitlis persisted: "Do you regret the whole friendship with Epstein?" Andrew replied: "Now, still not, and the reason being is that the people I met and the opportunities I was given to learn either by him or because of him were actually very useful."

Even when Epstein had first been convicted in 2008 for solicitation of a minor, Prince Andrew went to New York City to stay with him to "break off the friendship" in person rather than over the phone.

When Maitlis challenged this decision, Prince Andrew justified it as being "a convenient place to stay." He also said he made the mistake due to being "too honourable".

Prince Andrew's alleged alibi in relation to Virginia Giuffre was that he had been at a Pizza Express in Woking with his daughter.

He also said he doesn't sweat, so Giuffre's claim that Prince Andrew had "sweated profusely" was "false".

Simply put, it was a pretty full-on interview. 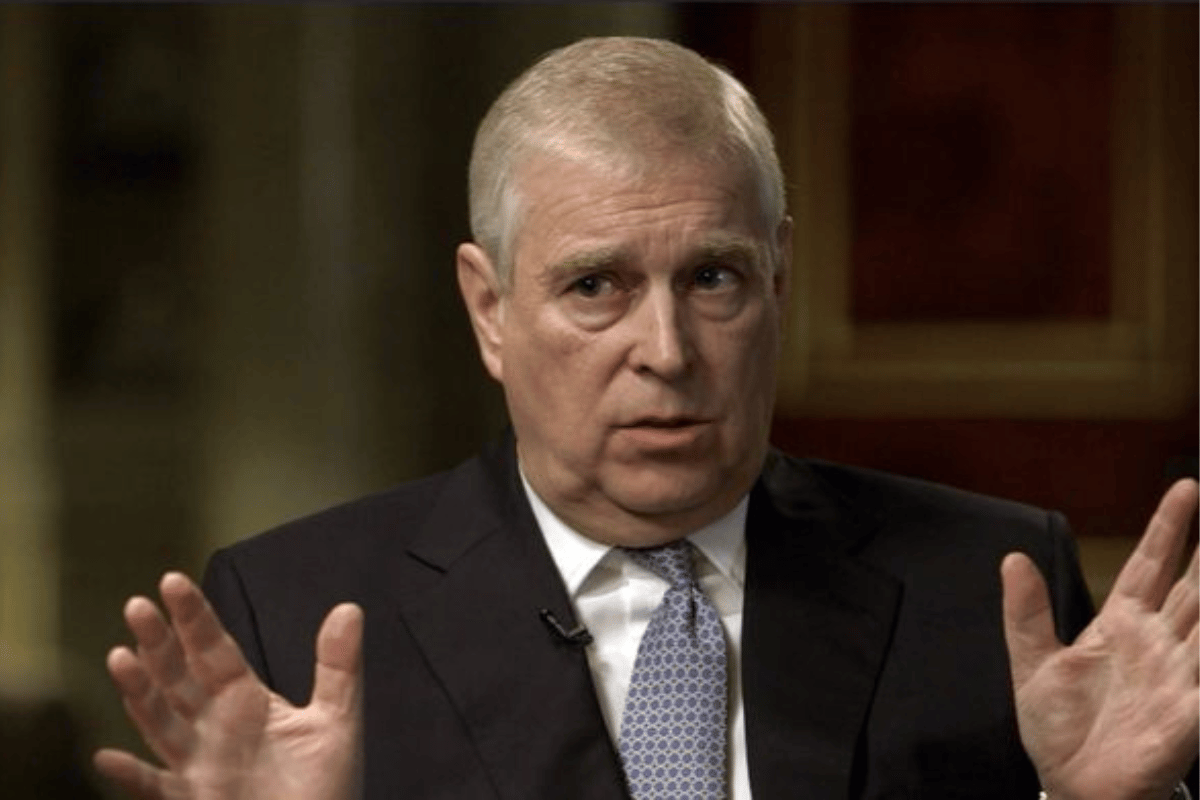 After wrapping things up, McAlister said Prince Andrew "turned to Princess Beatrice and said they had a lot to discuss and should go straight after upstairs to talk about it over a cup of tea with mum."

"For a split second, I almost scoffed; what on earth did a grown man need to talk to his mum for? And then it hit me. 'Mum' was the Queen," McAlister wrote.

Aside from the Prince's private secretary and her deputy, McAlister said she couldn't believe there were "no lawyers, no other royal staff" sitting in on the interview.

She also said the Queen did send her own representation to check in - her communications secretary, Donal McCabe - but that he left after speaking to a few people, and before filming had even begun.

McAlister saw it as a missed opportunity - because if an official had stayed and watched the interview, perhaps they would have realised "how terribly this would play out for Andrew, for the palace, for the monarchy".

"What followed was one astonishing answer after another. Each time I thought it couldn't get any worse, it did. The answers showed how totally removed the prince was from the reality of an average life," she said.

The rest of the world, however, did not agree.

When the interview ended, there was one glaring omission - not once had the Prince expressed sympathy, concern, outrage or anything at all towards Epstein's alleged victims.

Instead, the biggest takeaway was how far removed the royal was from reality. As McAlister concluded, it was "an interview more shocking than any of us could ever have predicted".

Reply
Upvote
1 upvotes
I wonder if the lack of "people" from the palace was deliberate or not. I'd assume he had none of his own people there because he's arrogant enough to believe he could handle it by himself - I wonder if there was no-one from the Queens team because they were hanging him out to dry. I would imagine that normally this sort of interview would be pretty heavily vetted and supervised, the lack of it could imply that they didn't care if he got into trouble.
C
cat a month ago

Reply
Upvote
2 upvotes
@rush Ive been thinking about this and the best explanation I can come up with is that royal interviews are so rare they actually had no idea what to do.
I could believe they decided to abandon him if Charles was king, but the Queen clearly hasn't been willing to take his titles  and distance herself, meaning that all of Andrew's disgrace directly tarnishes the rest of the family. Maybe she's blind enough to his faults that she actually thought he could handle the interview.
Or- and this is quite possible- they're just still stuck in a world where they can do whatever they like and their titles put them beyond reproach. Maybe they thought everyone would just believe Andrew when he said he didn't do anything wrong, because the plebs wouldn't be able to conceive of the Duke of Richmond lying.
C
cat a month ago

Reply
Upvote
Im eternally grateful that they messed this up so badly and this glorious interview exists, but so much for "The Firm" and any pretence that they know what they're doing. They must have been so fixated on undermining Meghan that no one thought to spend 10 minutes making sure Andrew didn't single handedly tank the monarchy
Resources
Very Peri
Skin
News
General
Opinion
True Crime
Politics
Sport
Explainer
Entertainment
Celebrity
Reality TV
Movies
TV
Books
Rogue
Royal
Lifestyle
Beauty
Fashion
Weddings
Home
Wellness
Health
Fitness
Travel
Food
Family
Before The Bump
Pregnancy
Baby
Kids
Teens
School
Parent Opinion
Work & Money
Money
Finance
Career
Lady Startup