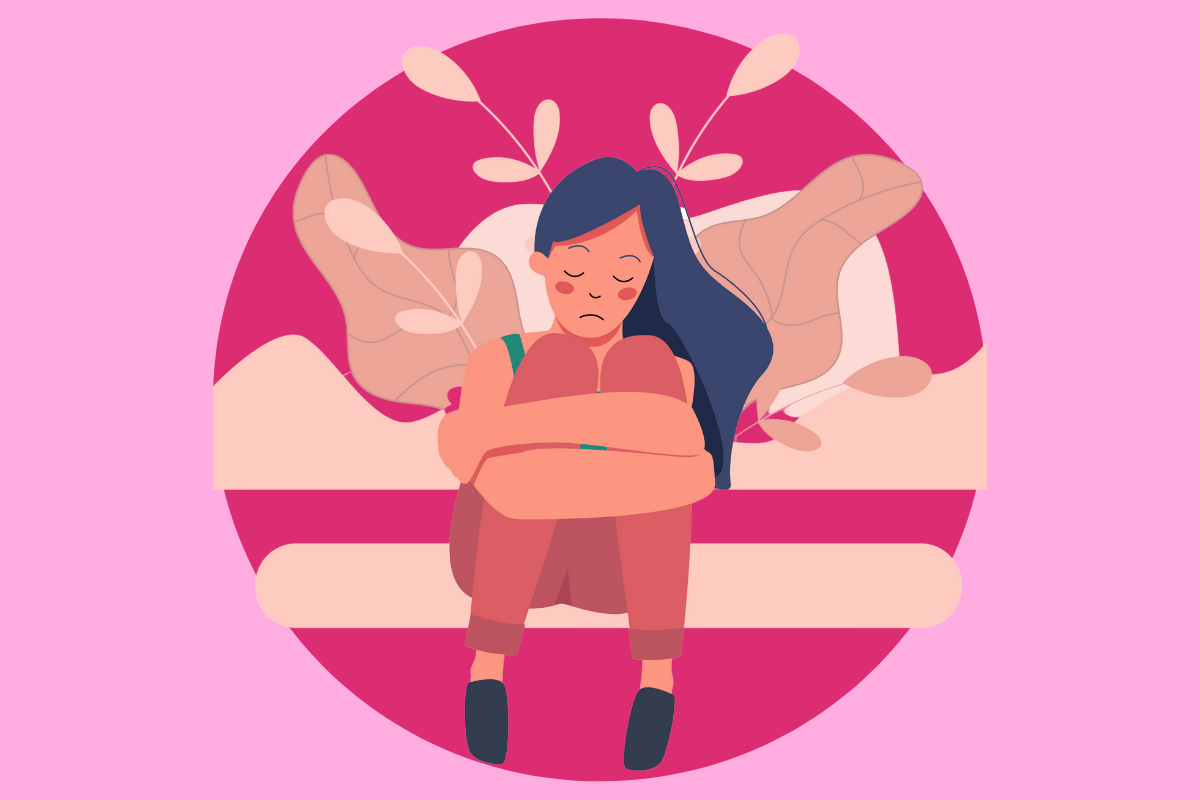 As the saying goes, 'don't judge a book by its cover'. But often it is the case that some people have an inherent bias towards those they deem 'conventionally attractive'. In comes pretty privilege.

What is it you may ask?

Essentially, ‘pretty privilege’ is the concept that pretty people (according to societal beauty standards) benefit in life and are afforded greater opportunities because of their perceived attractiveness. Whether it's a conscious decision or subconsciously done, the reality is many women have experienced the effects of this phenomenon.

To unpack this idea further, we asked 21 women to share their stories of feeling negatively impacted by pretty privilege, sparking a much-needed conversation about discrimination and archaic beauty standards.

Watch: Meryl Streep on being 'not pretty enough' to land a particular role. Post continues after audio.

Here's what these women had to say:

"Working in the corporate world, I was in a workplace where all the senior management were men, older men to be specific. You were received much better and the men were friendlier if you looked a certain way: the higher the heel, the tighter the dress, the more makeup the better. It was very clear what the standards were when you would enter the room: purely based upon looks."

"I think pretty privilege sparks a conversation about representation too. While we're slowly getting better at representing POC and different gender identities (as we should), it's usually always pretty people. Also, you can be an 'ugly' man and be a very successful actor, musician, whatever: it's much harder for women."

"When I was in my early 20s I was a little overweight. When I lost about 15kg and became a size 8/10 at the age of 25, I noticed how much better people treated me." 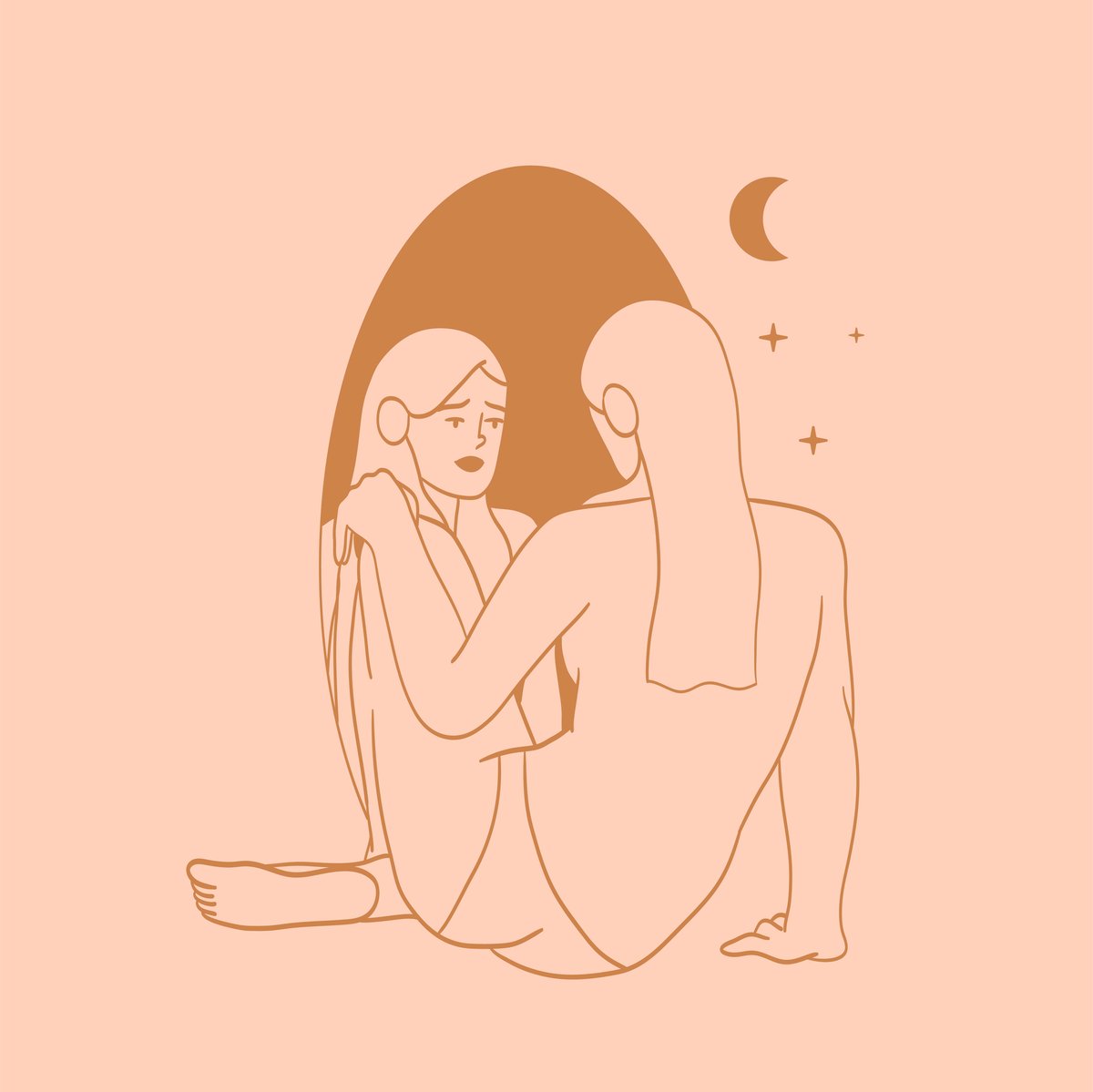 "As soon as I put on some makeup and wear a nice dress, I'm immediately treated differently. I'll have someone offer to help me if for example I'm in need of some car help. Girls will be friendlier to me in the bathrooms of clubs and bars. But when I'm not wearing much makeup or have decided to wear something comfier, everything changes."

"I wasn't allowed to attend Fashion Week with the magazine that I worked with at the time because the fashion editor said that I was 'too fat' to represent the brand. I was originally invited to attend, and was meant to be helping with a commercial video project being filmed there, but after that conversation I was cut out of the planning and project entirely. A pretty (and thinner) colleague of mine was sent instead."

"I've observed it my whole life. Pretty people get through lines quicker, are served faster, get treated better at restaurants, often I've noticed people in workplaces will gravitate toward the 'prettier' person/s and make more of a fuss over them, they are better acknowledged in society."

"A restaurant in my local area that turns into a nightclub on weekends blatantly rejects people who aren't good looking enough. It's got a big reputation for only accepting models after 7.30pm on weekends, or you can get in if you're an influencer/friend of an influencer. You have to literally show them your Instagram number of followers..."

Listen to Mamamia Out Loud: The ageing supermodel we can't look away from. Post continues after audio.

"I went to a bar in Sydney's CBD with a group of girlfriends years ago and the bouncer wouldn't let my friend in because she was not 'thin or pretty' enough: it makes my blood boil to this day. Needless to say, the rest of us did not go in, and it has put me off this particular bar for life."

"I've literally read Tinder bios from men that say: 'no fat people' and 'I want a woman who looks after herself'. As a woman who is plus size and proud of my body, firstly those men can go f*** themselves but secondly, it just proves that conversations around visibility and discrimination are tied to conversations about pretty privilege too."

"Just having to stand at a busy bar waiting to order a drink, you see pretty privilege in action. 'Um hello? notice me!' It's frustrating."

"It's so frustrating: hetero men are (generally) much nicer to prettier women... even if they're not trying to come onto them necessarily, there can be implicit respect. This becomes a problem given that hetero men tend to run the entire world!" 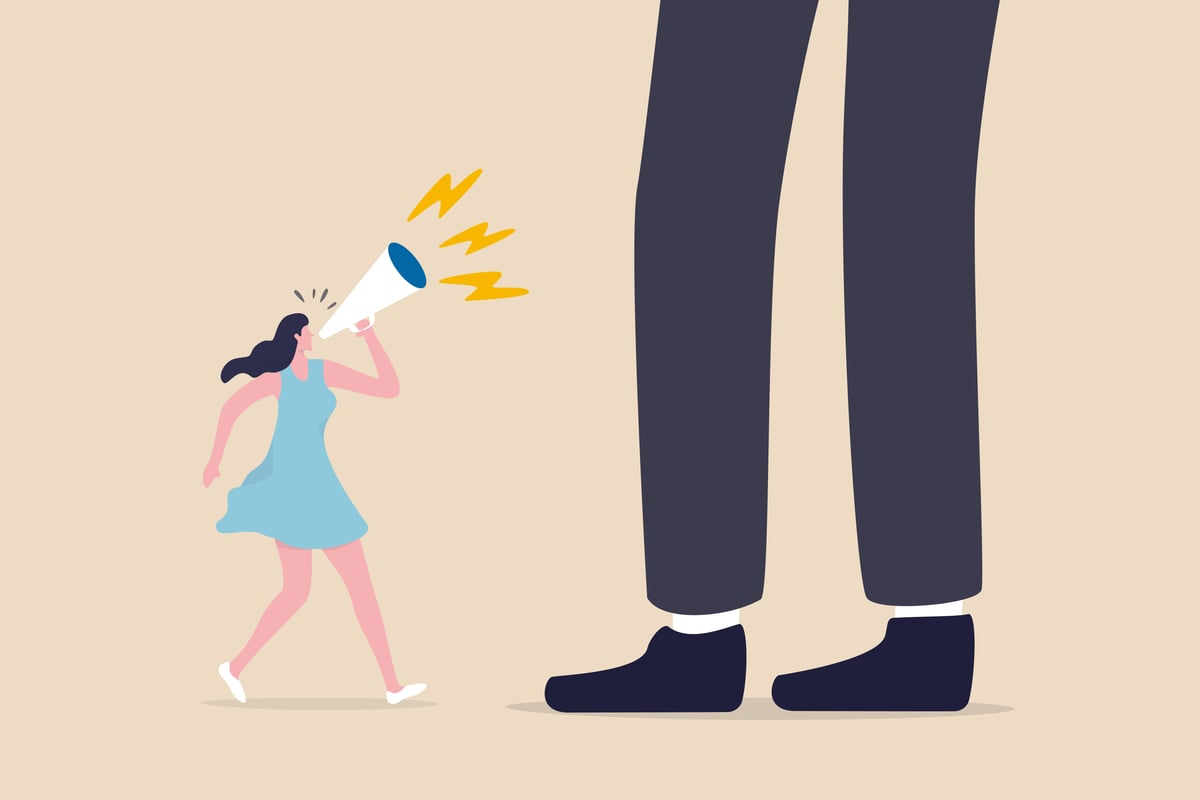 "Whenever I'm at the shops, specifically more upmarket clothing stores, I am often disregarded by the shop assistants. And the only thing I can put it down to is the fact I am a size 16, in my forties and perhaps I don't fit the idea of 'their perfect customer'."

"Working in TV newsrooms you see pretty privilege heaps! There is a commercial 'look' and you can guess exactly what it is: blonde, thin and white. It's not to say those journos aren't good at their jobs - they're often hard-working individuals. But it's the fact they will be chosen for more opportunities solely because of their looks. You see only a certain archetype of women rise up the ranks and into presenting positions: it's gnarly."

"When I was about 20, I worked at a pub that was owned by an older couple. I always got good shifts because I was a hard worker. They sold to a corporation, it got turned into a nightclub and suddenly the only shifts I was getting were the opens. The girls getting the decent shifts were all tall, super skinny and 'conventionally' beautiful. It really irked me at the time."

"When I was young, I was considered attractive and as I have aged this has 'faded'. I have noticed a difference in how I am treated but not sure if it's just ageism? I have worked a lot of retail jobs and admin and I know for sure when I was doing temping work, there was a definite bias that only 'pretty' people were hired. One tangible example I can give is when I was at secretarial college, all the girls put through into stenography (shorthand transcribing) were all attractive, and the switchboard girls were not as 'commercially, conventionally attractive'."

"My teenage daughter was looking for work around the local area, and she saw a sign posted on the window of a frozen yoghurt shop saying the business was looking for workers. EXCEPT: they had to 'have nice skin, no pimples, a bright smile, and no one overweight please.' It was disgusting." 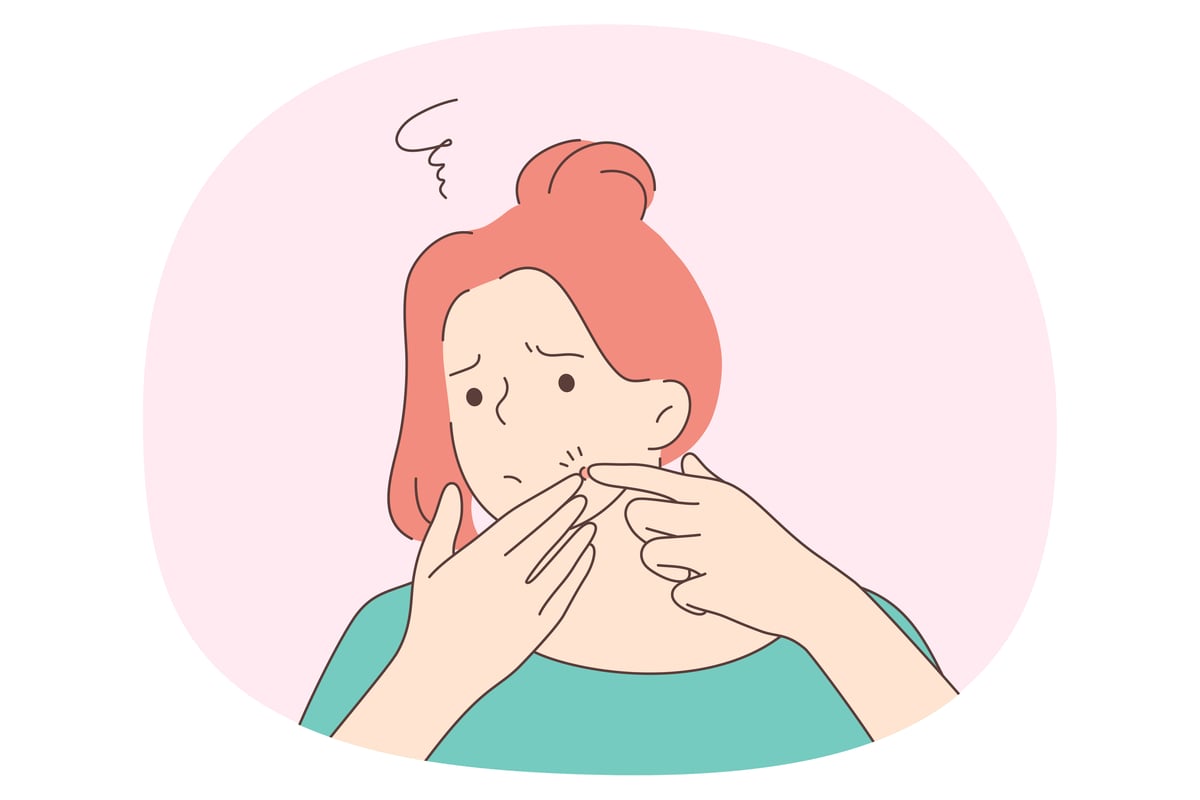 "Just for context, I am of South East Asian decent, and I remember a promotion at work was between me and this other girl who didn't have as much hands-on experience as myself. But what she did have is a modelling resume and a Caucasian background. And even though it was a simple behind-the-scenes PR job, guess who got it. It wasn't me."

"This is going back a few decades now, but when I was in high school, I remember auditioning for the school musical in the lead role. Not to toot my own horn, but I can sing and act well. But sadly the role went to one of the younger girls who was arguably 'the bigger beauty' out of the two of us."

"You see this idea in teaching a lot. Pretty young teachers will be fawned over by parents. Praised by admin. Yet teachers who are the same age and ability, but perhaps not models, will be ignored or just treated a little differently. So many conversations will start with 'Oh Miss X is so pretty, she is amazing'. A friend of mine calls it the 'Miss Honey effect'."

"I have noticed it most is in the dating world. Partly it’s thin privilege, but also looking like a supermodel helps. I have had guys be so horrible to me on apps and dates. I've watched how some men bend over backwards to help and be kind to them, yet a split second later that same guy will be fat-shaming me or calling me stupid for existing. Honestly, until you have had grown men 'moo' at you just for walking past them at a bar, some women won't understand it."

"My sister is often referred to as 'the one that got the looks in the family' from acquaintances and strangers. Not kind at all. I don't think people realise how hurtful comments like those can be. And it's often the case that if distant relatives call my parents, they'll ask after my sister before me: even though I'm the one who keeps in contact with those family members more than my sister does." 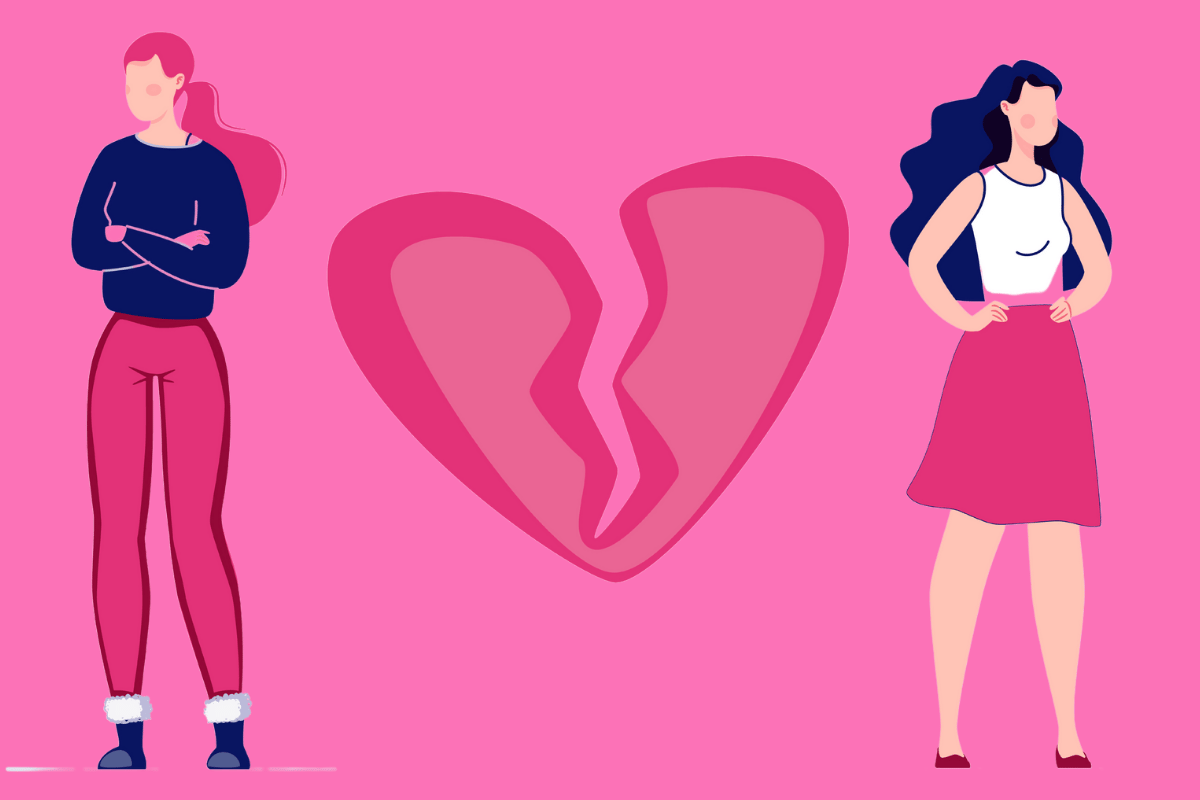 Have you experienced the effects of pretty privilege? Let us know in the comments below.

Reply
Upvote
1 upvotes
I can never understand why a girl would treat another girl differently due to their looks. It shouldn’t matter what sex you are and what the person looks like but I gather that in a cis hetero male dominated world a lot do treat a girl based on how f***able they are. But why do hetero girls say feel the need to distinguish their friendship group based on the same. What are you gaining from this if you’re not into them romantically? A person’s personality should always dominate and with a bit of luck over time the world dominant groups may hopefully become quashed.
S
smart cookie a month ago