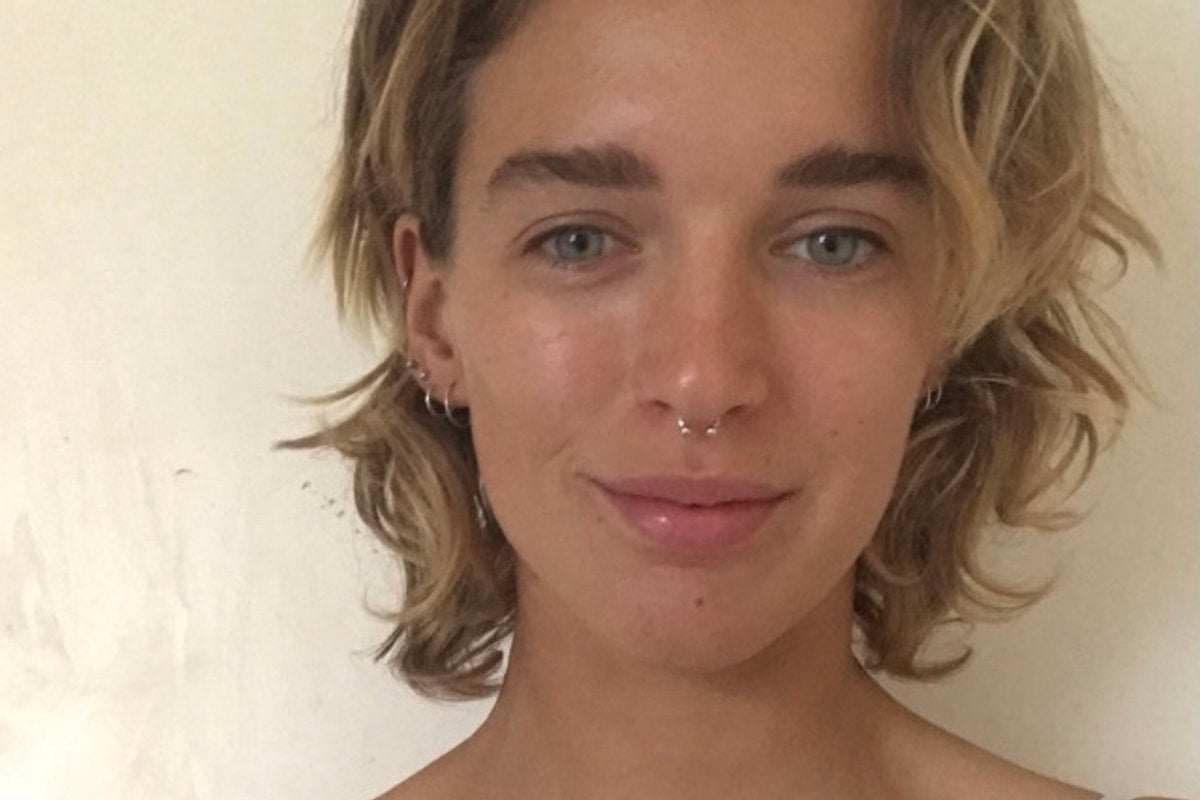 Throughout my life I’ve often been told that I am beautiful.

Mostly by women on the bus who thought I had a nice smile, by drunk girls in bathrooms that wished their skin tanned like mine does, and by men in dimly lit bars who liked my eyes.

I’m not here to say that pretty privilege doesn’t exist, it absolutely does.

I’m no super model, but being slim, white and blonde has gotten me a long way.

The world is kinder to those deemed attractive by the conventional and restrictive beauty standards of western society, however, being the object of men’s desires can be terrifying.

Watch: Meryl Streep on being 'not pretty enough' to land a particular role. Post continues after audio.

Video via The Graham Norton Show.

The first time that I was followed home – and I hate that I have to say 'the first time' – I was about 12 years old.

His car, spurting out smoke from its exhaust, trailed my steps as I walked home from school. When I stopped, he stopped - then when I ran, he stayed beside me.

When my eyes met his, he gave a haunting smirk. A smirk still etched into my brain 10 years later.

This is the moment when the world changed for me. It was no longer a place where men would tell me, “You’re going to break some hearts one day.” It was a place where I was prematurely deemed to be the heartbreaker.

After years of looking over my shoulder, I’ve become desensitised to the dangers of men.

I’ve been able to get myself out of many sticky situations, which has instilled in me what is perhaps a false sense of confidence and security. I feel no fear walking alone in the darkness of night… that is, as long as I have my keys between my knuckles to serve as impromptu brass knuckles.

I have become so accustomed to unwanted attention from men that I’ve begun to crave it. I’ve found myself relying on off the cuff comments from strangers to fuel my self-esteem.

Whilst I could sit here in my pity, I know nobody wants to hear someone complain about being good-looking.

I am grateful to fit the conventions of societal attractiveness because despite the incessant stares of sleazy men and the scary situations I have faced, life is easier when you’re ‘pretty’.

The reality of the situation is that the way I look may have nothing to do with the negative incidences I’ve experienced, sexual assault and harassment does not discriminate by looks.

Over half of all women experience sexual harassment in their lifetime (ABS 2016), with one in six women facing an incident of stalking.

No matter how normalised episodes of harassment have become to me, these statistics will never not be horrifying.

So what is the solution? A shift in cultural behaviour.

A dismantling of patriarchal expectations of how a woman should look and act.

Prosecuting people effectively for being perpetrators of sexual harassment and abuse.

Raising children to value intelligence and personality over appearance.

There’s a million and one things that need to happen to change the behaviour and views that dictate our society, pulling up your friends for acting out of line is a good place to start.

With that, I remain hopeful that the upcoming generation will be more educated and empathetic towards women in all their diverse beauty and greatness.

Reply
Upvote
4 upvotes
Im pretty sure unattractive women actually face more and worse harassment than attractive ones. Men seem to feel that women who aren't pretty have 'no right' to turn them down & the online abuse dolled out to any high profile  woman who is beautiful is insane.
M
mb1111 a month ago

Reply
Upvote
1 upvotes
@cat I couldn’t agree more. My weight has fluctuated from 50kg and 100kg. I’m one of those people whose face is not particularly attractive when plump. However I have been sexually harassed at all weights on the spectrum. The heavier you are I have found the more men feel they are doing you a favour and can be a lot ruder with a knock back.  For the record I don’t mean all men.  I don’t even mean most men. My weight and looks did not really change how nasty men behaved.
J
jojojo a month ago

Reply
Upvote
I'm short, plump and not overly attractive.  And I've been sexually assaulted as a toddler (ok, so I was probably cute as a four-year-old), sexually harassed at work and stalked.  I've also dated men way beyond my league in looks and am now incredibly happily married.  When I look at the lives and loves of the rich, famous and beautiful I envy them not a jot, because they don't seem to be as happy in love as I am.  I think looks may get some people further unfairly, but we all get the bad in equal measure, and looks don't guarantee any more happiness.  Of course I always wish to be prettier, but I wouldn't swap my life with that of a prettier girl.
M
mamamia-user-482898552 a month ago

Reply
Upvote
@jojojo I'm so sorry you were assaulted as a child. But please know that the reason for this wasn't because you were "cute" as a toddler. Sexual assault and rape is about gross abuse of power, not about sex or "attraction".
C
cat a month ago