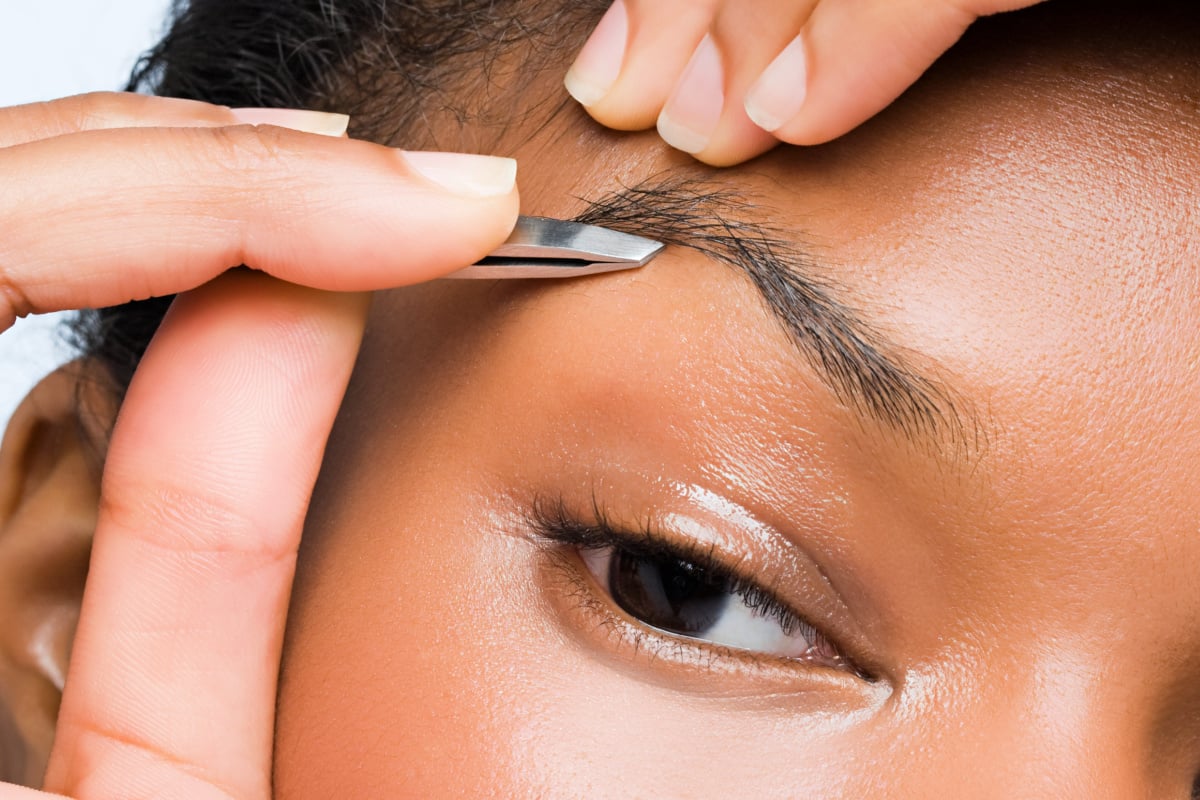 Picture this. You've just had your eyebrows waxed for the first time since going into isolation and you're feeling like a solid 12/10...

Until a lovely bunch of pimples pop up under and around your brows. Or even inside your brows.

Getting breakouts after having your brows waxed is very common, but that doesn't make it any less frustrating. Especially because, for the most part, they can be avoided.

Keep scrolling to learn why some of us get pimples after an eyebrow wax, what you can do to prevent them, and how to get rid of them if this article has come a tad too late.

WATCH: From shaping to filling them in, here's a quick eyebrows 101 tutorial. Post continues after video.

Why do I get pimples after waxing?

The answer is actually pretty simple.

According to Benefit's National Brow Artist Hannah Mutze, breakouts under and around the eyebrow area that pop up after waxing are quite common.

"Post-waxing breakouts are most often caused by bacteria," she told Mamamia.

In other words: your pores are exposed and vulnerable to any nearby bacteria floating around in the hours and days after having them groomed.

That said, Hannah added breakouts can also appear as a reaction to waxing if you have sensitive skin, might be allergic to the type of wax used, or if the waxing was done incorrectly.

"Ensure your brow expert completes a thorough consultation before your wax to ensure you have no contraindications and your skin is safe to wax."

How to prevent pimples after waxing.

So now you know why you're breaking out after getting your brows waxed, here's how... not to.

Here are Hannah's best tips on preventing pimples around the eye area after waxing:

Essentially, the day of or before an event is not the day to have your brows waxed.

LISTEN: We talk more about eyebrow waxing and tweezing on this episode of the You Beauty podcast below. Post continues after audio.

How to get rid of pimples after waxing.

If all this advice has come too late, no stress.

In the days after your wax, use a gentle chemical exfoliant with AHAs (alpha hydroxy acids) to lightly exfoliate the area. If you've got sensitive skin and tend to get red and sore after waxing, wait until the skin has settled before doing this.

Another thing we all know we should be doing already (but don't) is regularly washing our makeup brushes, especially any you use around the eye area so you don't give your freshly-waxed pores any bacteria to chomp on.

Done all this and post-wax pimples are still an issue? Give threading, sugaring or tweezing a try instead.

Does this happen to you? Tell us your thoughts in the comments below!