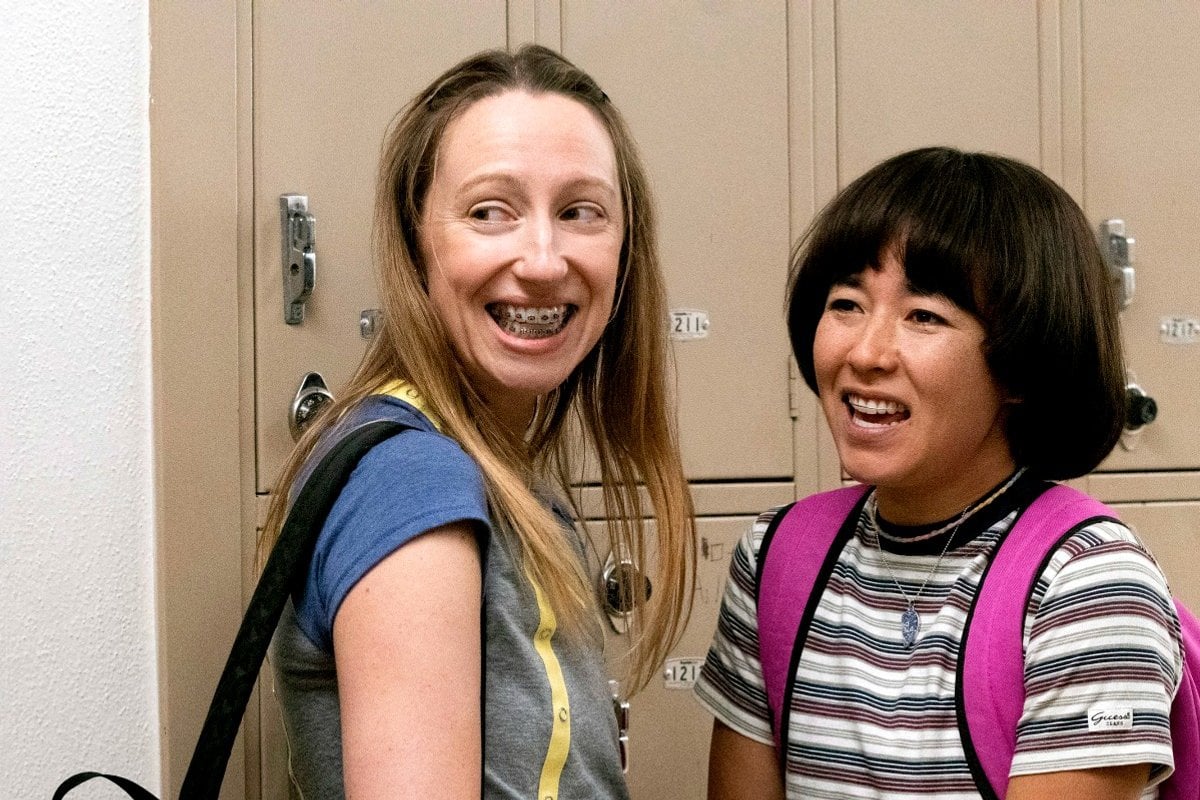 The Stan series features co-stars and co-creators Maya Erskine and Anna Konkle as Year 7 versions of themselves but surrounded by real 13-year-olds on screen.

Normally, seeing women in their 30s playing 13-year-olds could only be a recipe for some hit and miss comedy, but in the hands of Maya and Anna the series, now in its second season, is poignant, emotional and wildly funny.

According to Maya, choosing to cast themselves as the main protagonists was a way for the creative duo to tell an essentially an R-rated story, in a young adult setting, without the content ever feeling inappropriate.

"It started with us knowing we wanted to play outcasts because we think of ourselves as outcasts," Maya told Mamamia in a statement.

Take a look at the trailer for PEN15 season two, only on Stan. Post continues below.

"We came up with this convoluted idea where we escape a cult and hide in a foster family and go to middle school. We then asked our friend Sam Zvibleman to write it with us and he asked why can’t you guys just be in middle school? That was an 'ah-ha' moment.

"We wanted the show to be an uncensored and R-rated retelling of middle school, of our memories of middle school.  And to do that, we knew we had to have adults play out those r-rated moments.

"What we found was that by having us play this age, the audience could feel safe to laugh at some of the traumatic or embarrassing moments. As opposed to it being a kid who could potentially be going through those moments - that would be a lot harder to watch."

Season one of PEN15 sees Maya Erskine play Maya Ishii-Peters, an initially shy Japanese-American seventh-grader primarily raised by her mother. Her best friend Anna, played by Anna Kone, is struggling with her parents' divorce and often uses her music to escape her home life.

While season two of PEN15 is still very much a coming-of-age comedy, the co-creators said they were able to touch on a whole new range of young adult issues in their second on-screen outing. 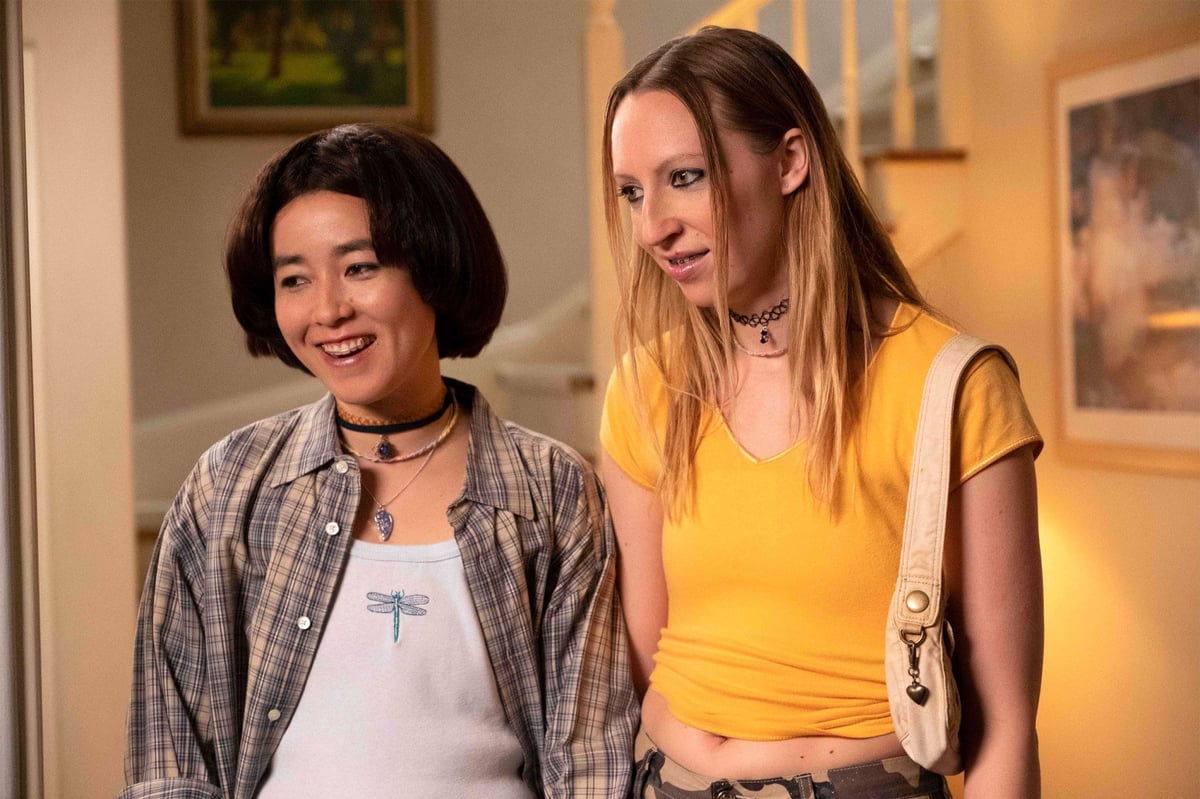 Maya and Anna in PEN15. Image: Stan.  "We started writing this in our mid-twenties, we’re 33 now," Anna said. "So many years working in a vacuum. We wrote PEN15 and we act in it, so very vulnerable. But we’ve had such a positive reaction – exceeded my highest expectation! It’s been a really wild thing.

"In these first seven episodes, we don’t really go through major 'firsts' like we did in season one," Maya continued. "It picks up right after the dance in the last episode of season one, where a single event jumpstarts this whole chain reaction affecting Maya’s and Anna’s identities.

"Season one was the beginning of adolescence, leaning more towards childhood. This season they are right in the middle of tween-hood, that intense transition where you’re not quite a kid but you’re also not a teen. They try on many different identities as a means to escape their own identities like witchery and wrestling."

"In the first season the characters have a goal of getting their first kiss, first boyfriend," Anna said. "In the new season, there are more subtle things like “micro-firsts.” Like Anna’s parents’ situation is changing, it's about experiencing the darker side of adolescence.

While Stan's PEN15 has been critically acclaimed since its release, much of its success can be attributed to strong fan support, with a cult-like following building around the series since its initial release in 2019.

LISTEN: From The Bachelor to I'm A Celeb, the reality TV scandals of 2021. Post continues below.

"Maybe with all the Instagram filters and pressure to be perfect, there’s a subconscious craving to see flaws flaunted," Anna said. "PEN15 is purposely filterless. The story of rejection is in all of us and it’s healing to know others feel the same, like Anna and Maya.

"We try to celebrate the reject, laugh at it, look at it up close instead of push it away. It’s also showing subjects we are taught to keep secret as girls and women. So I hope all that resonates. And we hope it’s simultaneously an escape where people can occasionally belly laugh."

Seasons one and two of PEN15 are streaming now on Stan.