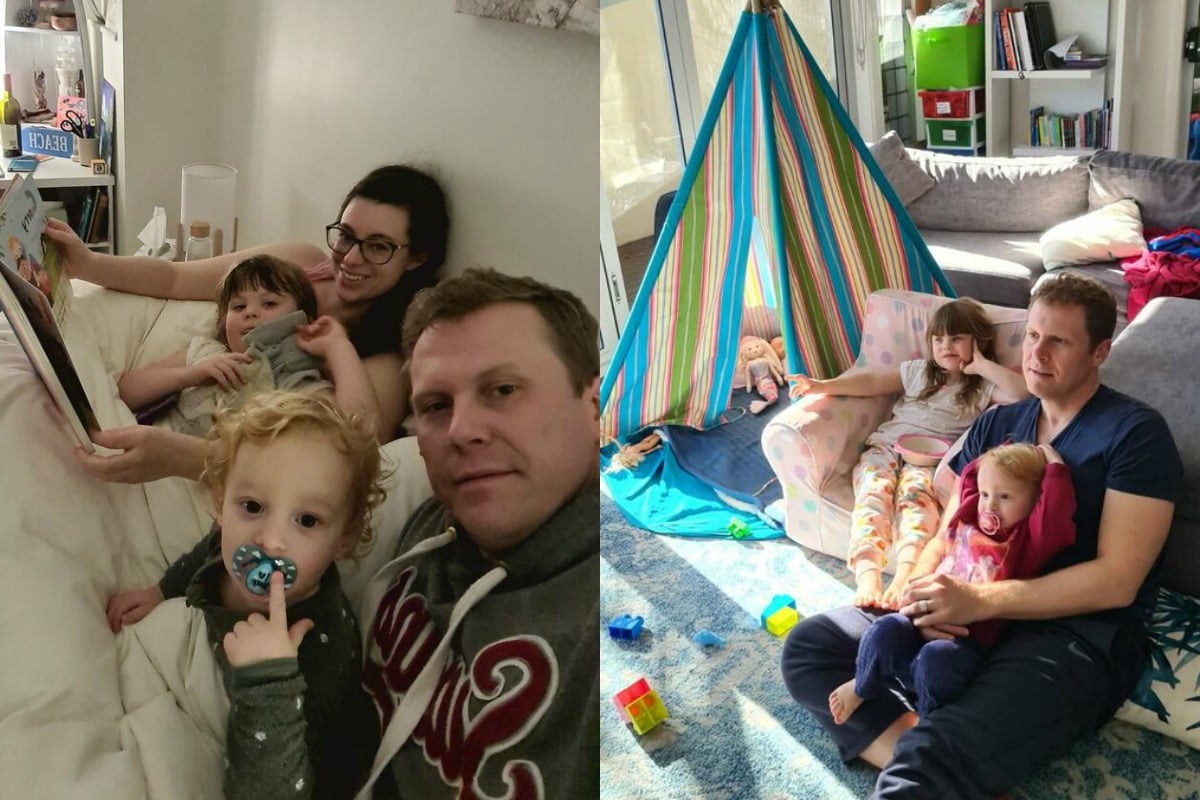 I just celebrated my 39th birthday, my fifth as a dad with a four-year old daughter and a boy who’s almost two. Over the past couple of months, in between wrangling the two children at home while getting paid work done, I’ve used the pandemic to reflect on my parenting. It’s made me think about where I’m acing fatherhood, and where I’m stuffing up.

Here are my nails and fails of another year of fatherhood.

Watch: If my dad was a home smart speaker. Post continues below.

1. Every parent knows that bone-weary, mentally shattering feeling of no sleep. Our little boy, Luke, was a nightmare sleeper. He’d only catnap during the day and get us up a dozen times each night. Desperate, we turned to a sleep coach. I was doubtful, but this person was a game-changer. She put me in charge of his sleeping and settling because he was too clingy for Mum. Our boy is now a brilliant snoozer and I’m all over his sleep routine. Huge thanks to our baby whisperer!

2. Bunkering down during the pandemic highlighted that Julia and I do pretty well at sharing the childcaring and domestics. I’m as responsible for the kids during the work week as Julia, and I don’t need to be told to clean, cook or do the laundry. We work hard to ensure neither of us carries a bigger mental load than the other. It’s especially helped us endure the past few months.

3. When we’re stuck at home due to rain or viruses, one thing I’m good at is bringing the light-hearted rough and tumble play. My kids and I make structurally unsound buildings with couch cushions, we chase each other around, play biting and tickle games, blow raspberries, do piggyback races or madly jump around. It’s a blast (plus it tires them out). Even the inevitable accident or bump helps teach us all about respecting each other’s physical limits (just like on Bluey). 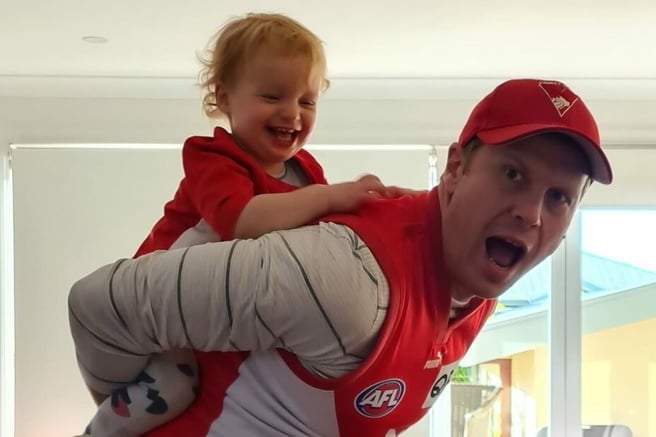 4. I like to make sure both kids see my affection and love for them. It’s not just a cuddle when picking them up from daycare. It can be as quick and simple as a smile and wave from across the room or a peck or a hand squeeze when they come ask for something. Sometimes I just randomly call out for them or sing some cringe-worthy song about them, for no reason at all. I like them actively knowing dad’s love and that he’s in their corner at all times.

1. I’ve realised my daughter and I aren’t as close as we used to be. This one hurts, a lot. Now with two kids, I don’t have a lot of special one-on-one time with her anymore. I used to put her to bed each night, before I was put in charge of settling our boy. That one change to her routine had a big impact because now she prefers Mummy for almost everything, and sometimes I let my frustration show too much. Definitely my biggest fail, and the one I’m most focused on addressing in the back half of 2020.

2. I am shocking with my phone! It’s never out of my sight, and I shudder to think how many times a day I check it. It definitely affects my ability to be present with the kids. I’ve been busted plenty of times by the kids who want me to watch them do something. Sadly for me the only way to leave it alone is to leave it in a completely different part of the house. Embarrassing fail.

3. I’ve spoken about this before, but I feel sometimes I’m too quick to snap or shout at my kids when they’re deliberately mischievous or naughty. I’ve never been the most patient person, and I’ve worked hard on it as a father, but I still find myself overreacting to incidents which, while annoying as hell, aren’t a big deal in the end. And I always feel like crap when I do snap. For now, more deep breaths and pauses before I respond.

Listen: Holly Wainwright and Andrew Daddo chat to Rob about how to raise boys in a #MeToo era. Post continues below.

4. I’ve not been good at seeing most of my friends, and I can’t just blame this on the pandemic. It’s been going on for a while. I make time for two or three of my closest mates, but I too easily find excuses not to arrange catch-ups with most others. While I often message them on WhatsApp, I can’t pretend it’s the same. I might be tired from everything else but I feel I should make more of an effort. Plus, once I finally catch up with friends, it dawns on me how much I really miss them and enjoy their company.

Look, I’m not going to be too hard on myself. It’s been a tough year. But I’ll be interested to see how much my list changes by Christmas...

Rob Sturrock is a working father, freelance writer and author of Man Raises Boy: A revolutionary approach for fathers who want to raise kind, confident and happy sons available now.