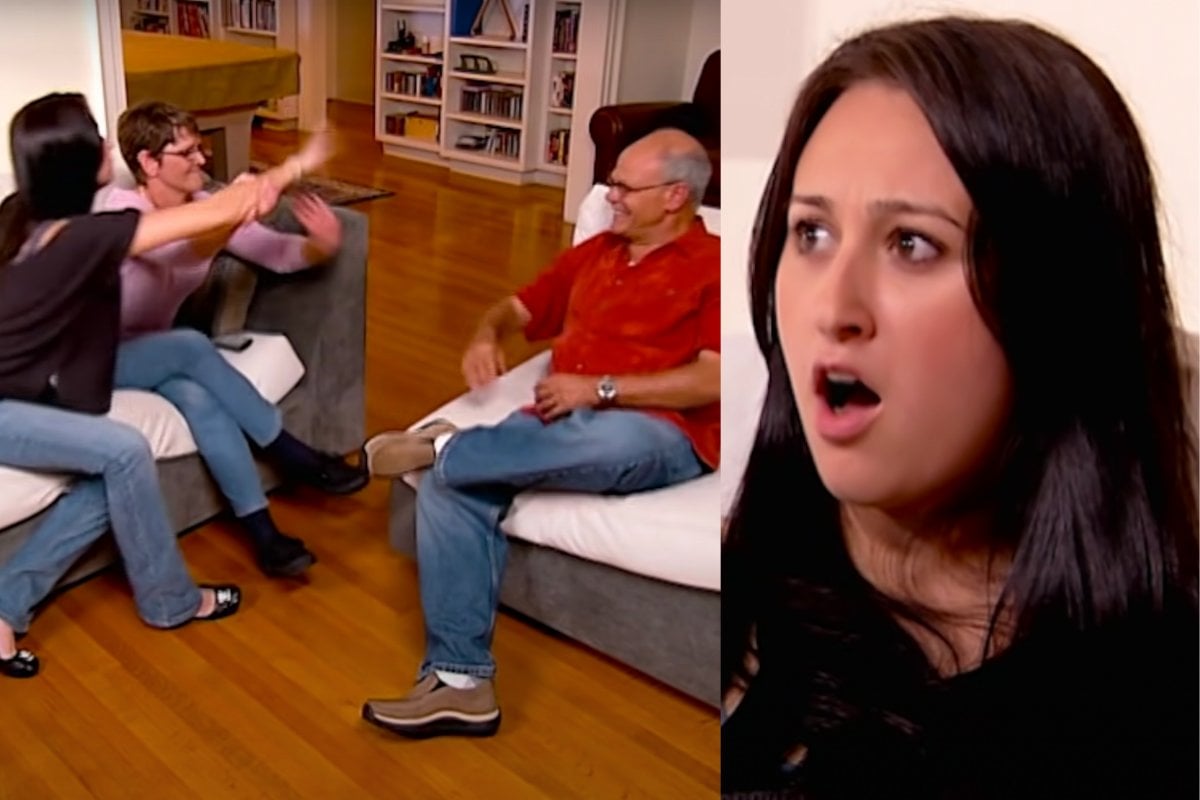 It's called MTV Vault, and as the youngest child in my family, at 20 years old, I feel like I can finally get in on the joke.

From America's Next Top Model to Room Raiders, reality TV aimed at teens in the early 2000s just hit different. (Meaning it was often rogue... and slightly problematic).

But enough of that! Because this week, MTV Vault introduced me to a little old show called Parental Control and we really need to talk about it, thank you.

Side note: Check out the trailer for Room Raiders. Post continues below.

In essence, Parental Control invites parents who hate (and I don't use that word lightly) their child's partner to select two people for their son or daughter to go on a date with.

Then the child picks whether they'd like to continue dating their current partner, or start a new relationship with one of the people their parents chose.

And of the few episodes I've binged so far, it seems like their current partner is, well, never really in the running.

Now, it goes without saying, this show is completely scripted.

But indulge me, because this sh*t is insane, and there's a lot to unpack.

I decided to start off with an episode titled: 'Our Son Wants a Girlfriend, Not a Boss' Kirk & Sarah | Parental Control, and let me tell you, it was the perfect introduction to the series.

In this episode, we meet Kirk and his girlfriend-hating parents, Richie and Carol.

"Our son Kirk is the kind of guy that you brag to your friends about," Richie says of his frankly mediocre looking son, "but there's just one problem."

It's here that we learn that Kirk's parents see his girlfriend, Sarah, as a "total snob".

Reasons for their passionate hatred include: 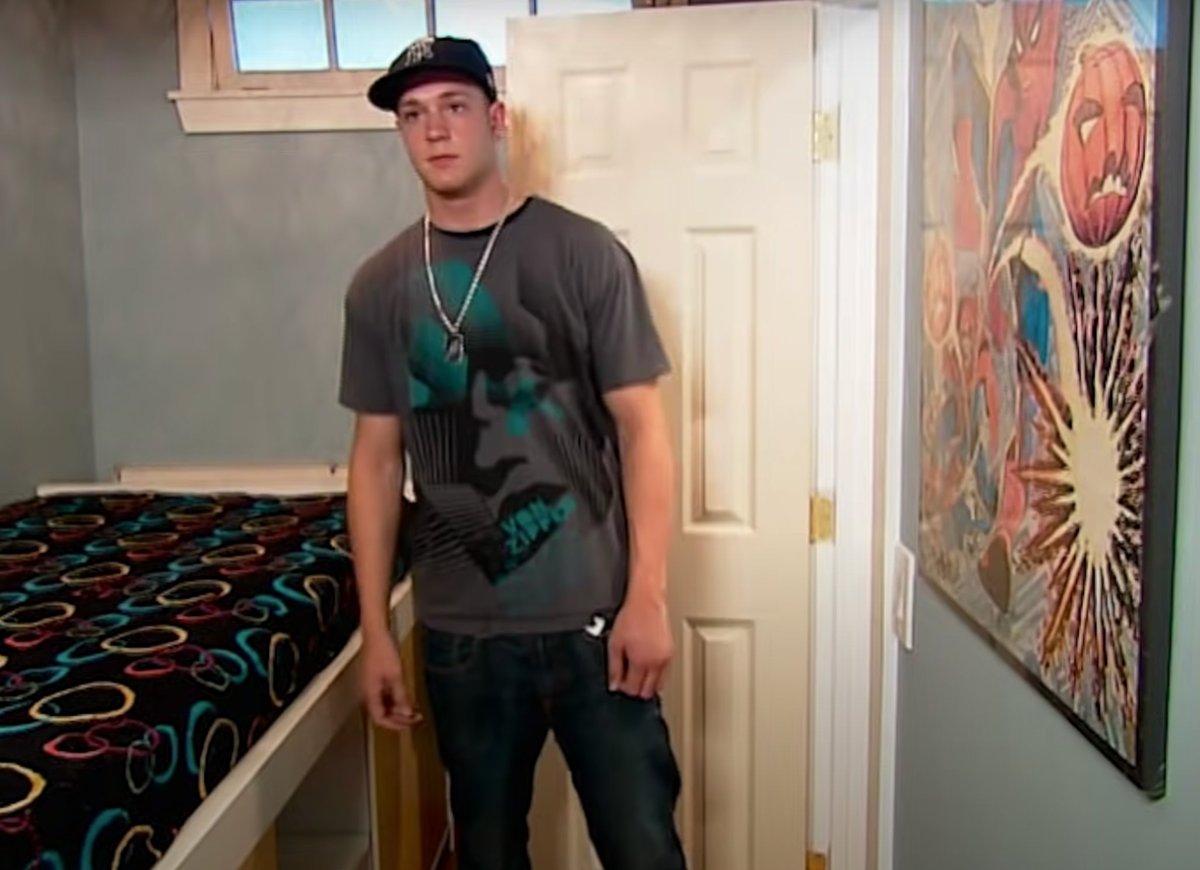 "My mum and dad want me to dump my girlfriend Sarah, so they set me up on two blind dates," Kirk tells us.

Then we watch on as the parents interview potential matches asking questions such as: 'What's your biggest turn off on a date?' and 'Pretend you're dating my husband: How would you break up with him?'

Once Kirk's parents have picked two matches, we are taken back to their living room where Kirk, his girlfriend Sarah, and his parents are waiting on the dates to arrive.

First up is Carol's pick, Laura.

"I picked Laura because she seemed warm, and has something that Sarah doesn't. A personality," she says.

When introducing Laura to her son, she says: "Here's my son Kirk and his witch of a girlfriend, Sarah," and to be honest, I personally would be pretty spooked by my potential boyfriend's mum speaking about his current partner like that. 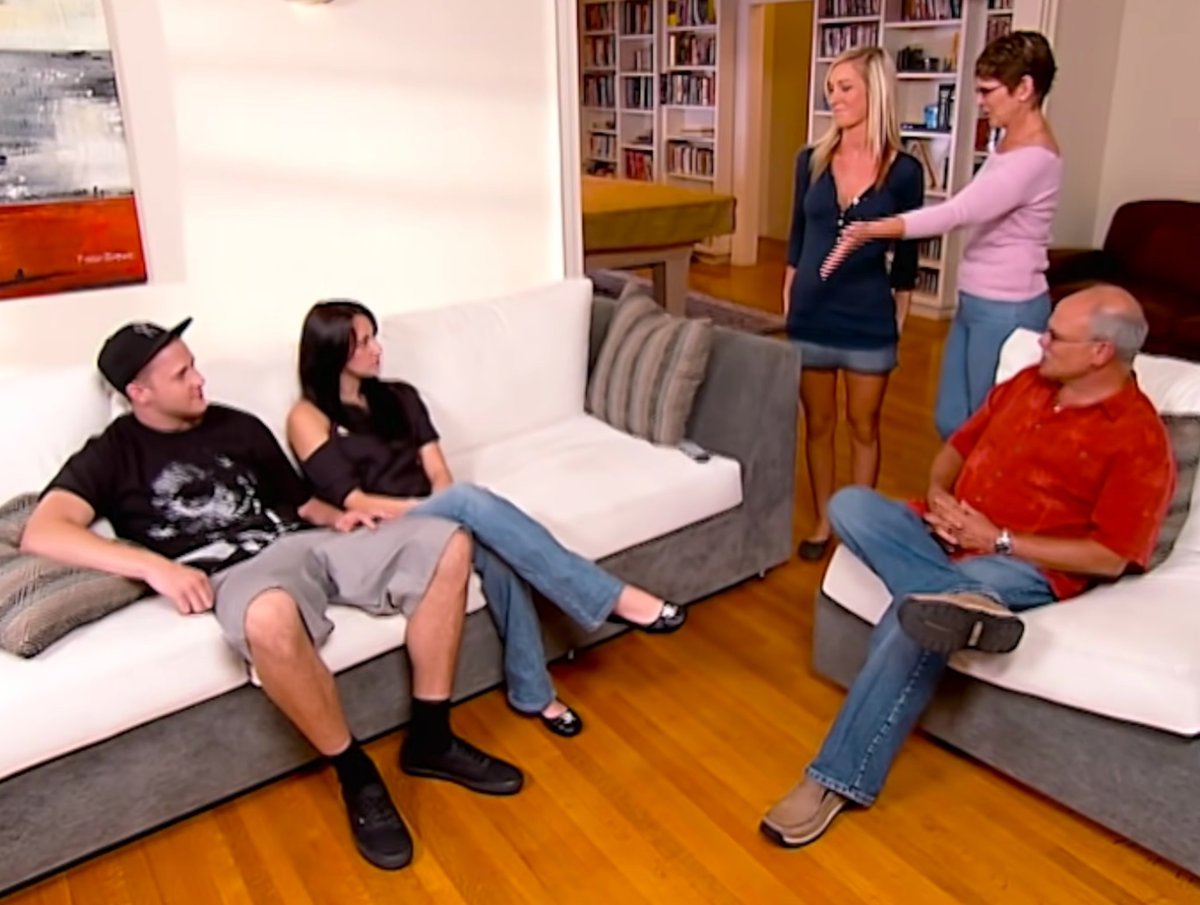 Sarah is LITERALLY in the room. Image: MTV.

As the pair leave on their date, Sarah and Kirk's parents trade insults between each other before switching on the TV to watch what Kirk and his new lady are getting up to. (It's parasailing, btw.)

A highlight of this date included Kirk's parents high-fiving while Kirk admired his date's... butt.

You can't make this sh*t up. 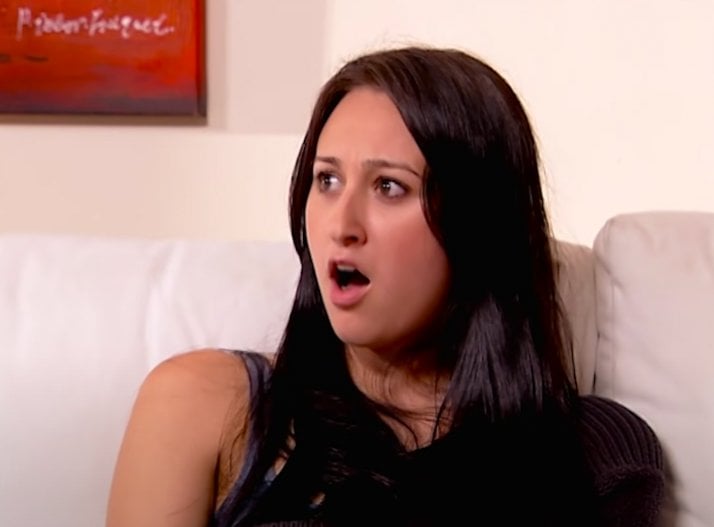 On date two, dad Richie introduces his pick, Jessica, an international model, to Kirk and his "loser girlfriend".

"I picked Jessica because she's beautiful, but she doesn't need you tell her every second," Kirk's dad says.

The pair then head off on their date, which is a couple's photoshoot.

When Richie tells Sarah to take a good look at her boyfriend because she'll never see him again, Sarah replies: "Take a dirt nap, Gramps." AND I CAN'T BELIEVE THIS WAS ALLOWED.

Finally, all the girls return to the house to see who Kirk will pick and after ruling out Laura who "no doubt has a killer body but [not] the brains to match", Kirk lands on Jessica.

The pair celebrate together and Sarah storms out of the house screaming and throwing one heel at the gate. We don't blame her, tbh.

And I get it now. There's something magical about MTV shows from the 2000s.

You can watch the full train wreck below: