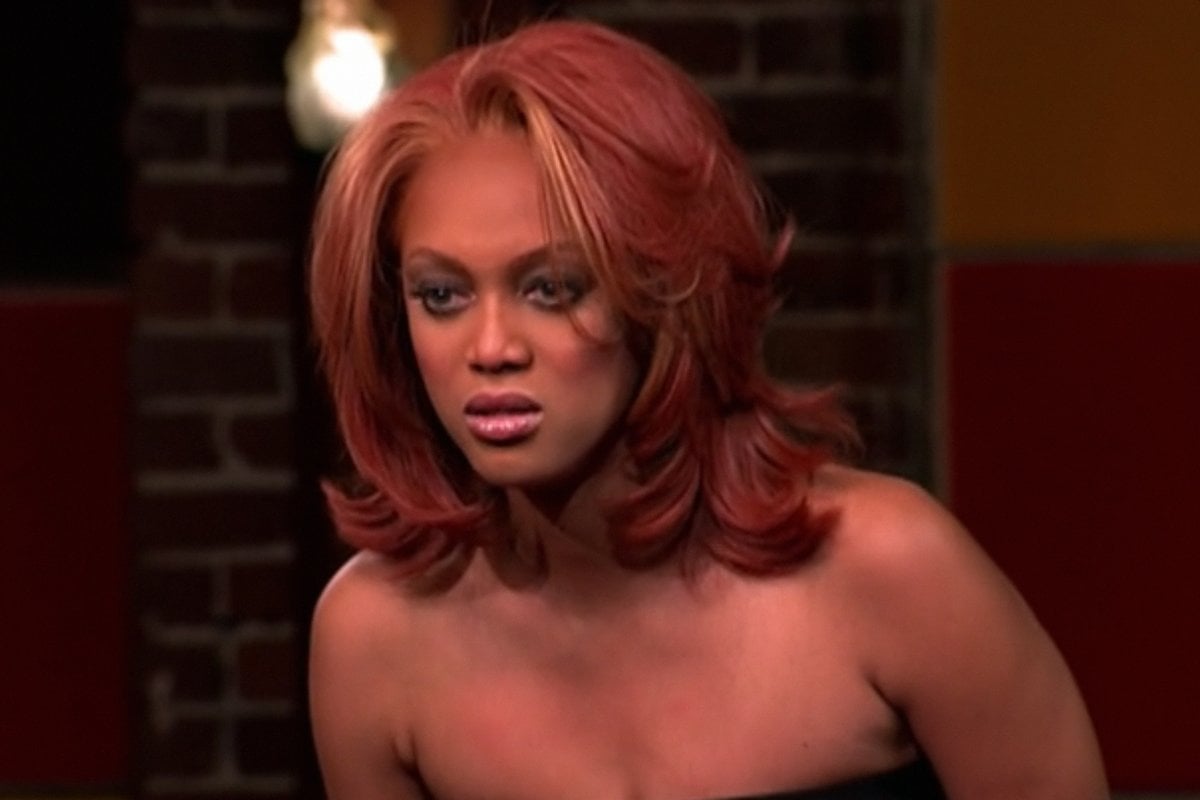 There's something we need to talk about immediately. It's America's Next Top Model.

After months spent in lockdown exhausting any and every TV recommendation thrown my way, I stumbled upon a *timeless* gold mine.

Hosted by Tyra Banks, the show gave us an insight into all the outrageous things it took to be a model. Fun, lighthearted stuff right?

A mere five minutes into "cycle" one, it dawned on me. ANTM is not so timeless. Eighteen years on from its debut, it's now apparent there were a few questionable choices made by the production team.

I mean, should we talk about that time Tyra Banks widened a contestant's tooth gap by shaving it down at the dentist?

In all seriousness though, America's Next Top Model was... problematic.

So, we decided to take a look back at five things that happened on the show, that just wouldn't hold up today.

1. When Tyra Banks told a model to tone down her sexuality.

In cycle five, model Kim Stolz opened up about her sexuality on ANTM, which was a historic moment for LGBTQI+ representation on reality TV.

"I want to be out, I'm gay, and I'm really proud of it," Stolz told host Tyra Banks following a challenge.

But Banks' advice to the model was questionable to say the least.

"I think there's a certain thing of being proud. Like, I'm black and proud, you know what I mean? But I'm not walking down the red carpet: 'I'm black. I'm black,'" she responded.

Nah how did Tyra get away with this LOL pic.twitter.com/XrguUvgWFh

In 2008, just three years later, ANTM announced that they would include their first transgender contestant, leading Stolz to open up to MTV about the decision.

"As much as we should applaud the subversive topics that ANTM has covered in its reign thus far — physical and sexual abuse, homelessness, female circumcision, gayness — we must also accept that there were moments when those issues were clearly exploited for entertainment value," she said.

On two occasions in ANTM's history, models with friends who had recently died were asked to pose... like corpses.

For one model in cycle four, that meant posing in a literal grave just moments after learning that her friend had died.

While model Kahlen was told she could sit out of the challenge if she needed to, she was also told it would affect her placement in the competition.

So, she did the challenge. 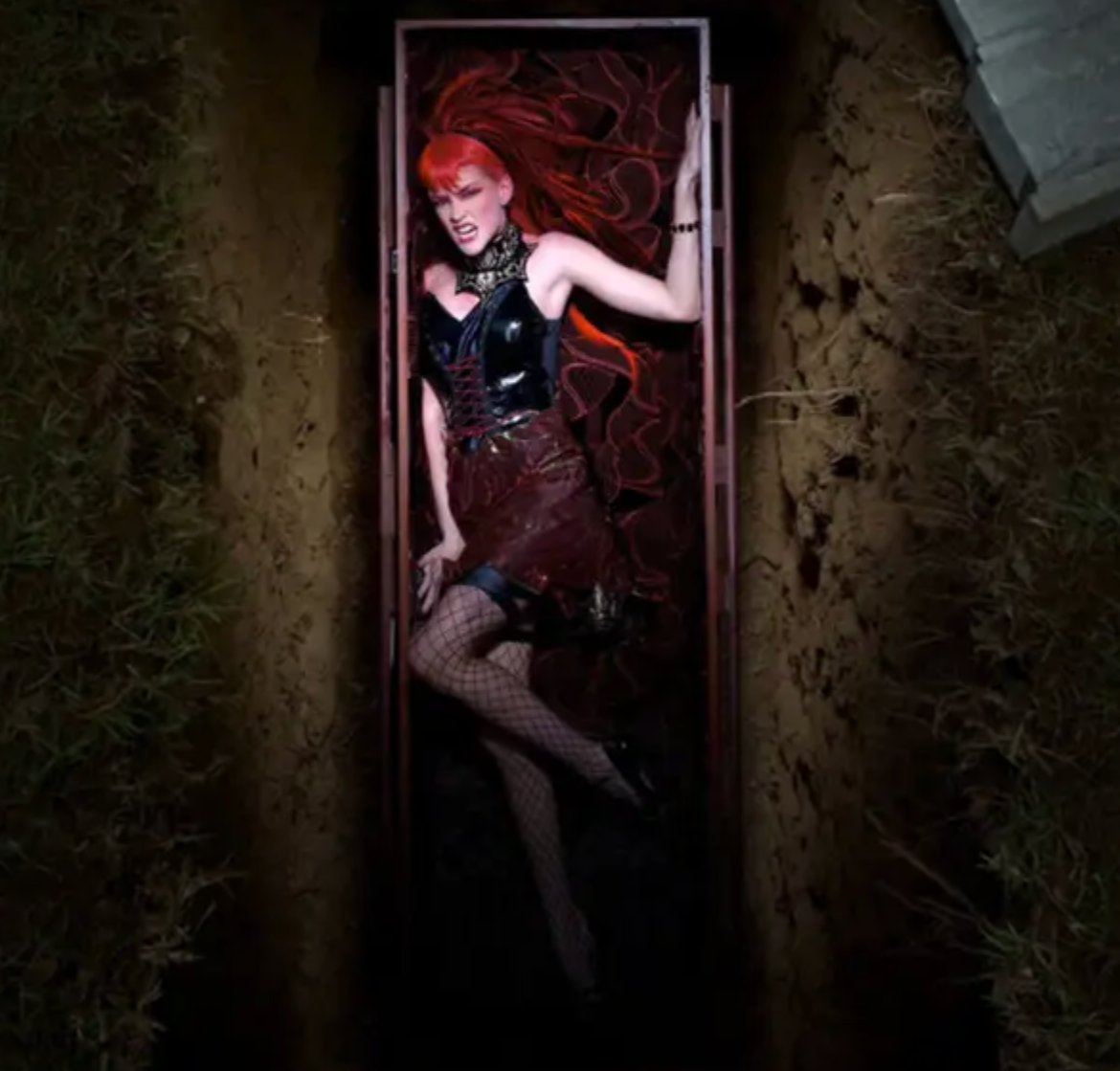 It happened once again in cycle eight when Jael was instructed to pose as a corpse a week after learning of her friend's drug overdose.

3. The challenge where contestants posed as a different race.

Yep. On more than one occasion, contestants were instructed to pose as a different race.

In cycle four, ANTM creative director Jay Manuel introduced the 'ethnicity switch' challenge, telling models: "The challenge here really is taking on the persona of that other ethnicity while in the photograph, and really owning it."

The challenge involved multiple white women appearing in blackface, including a model who was instructed to portray an African American woman, and another woman who was simply told she'd be "bi racial".

They say a picture paints a thousand words. Here's a few from that shoot: 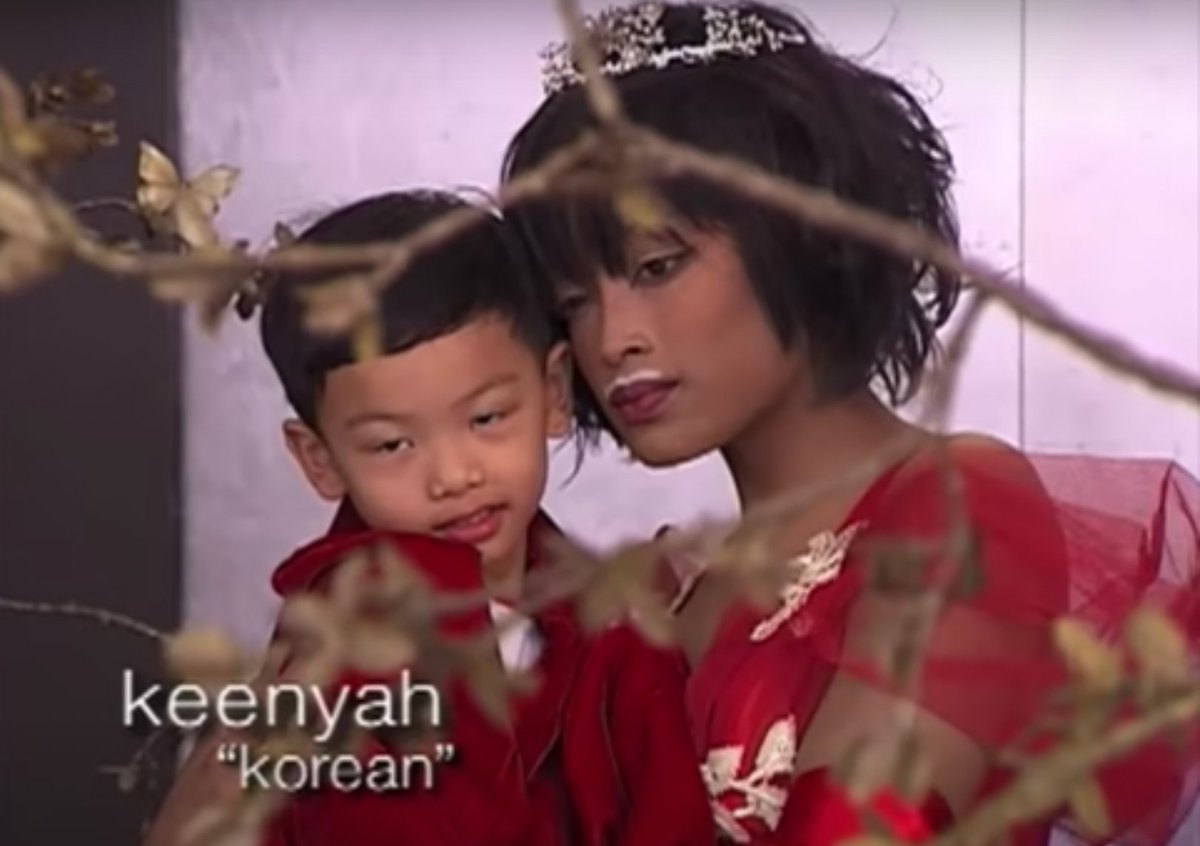 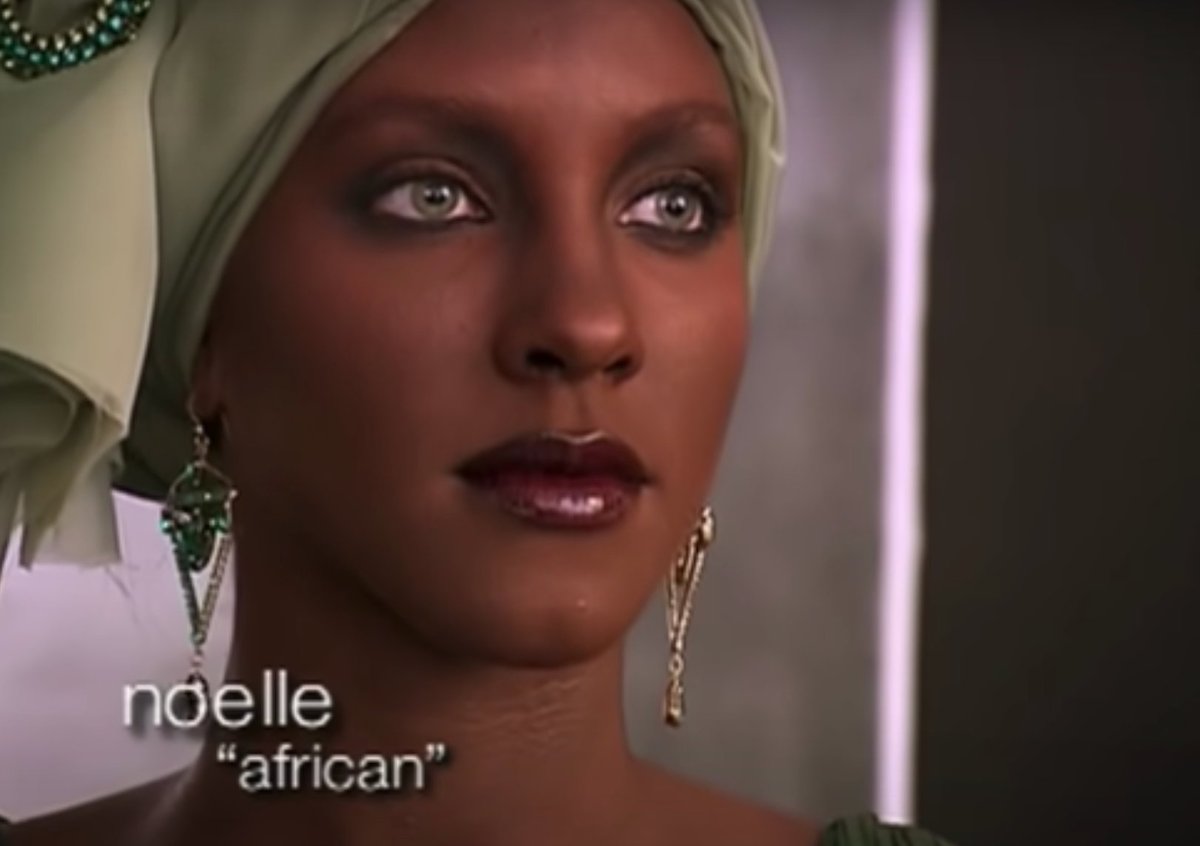 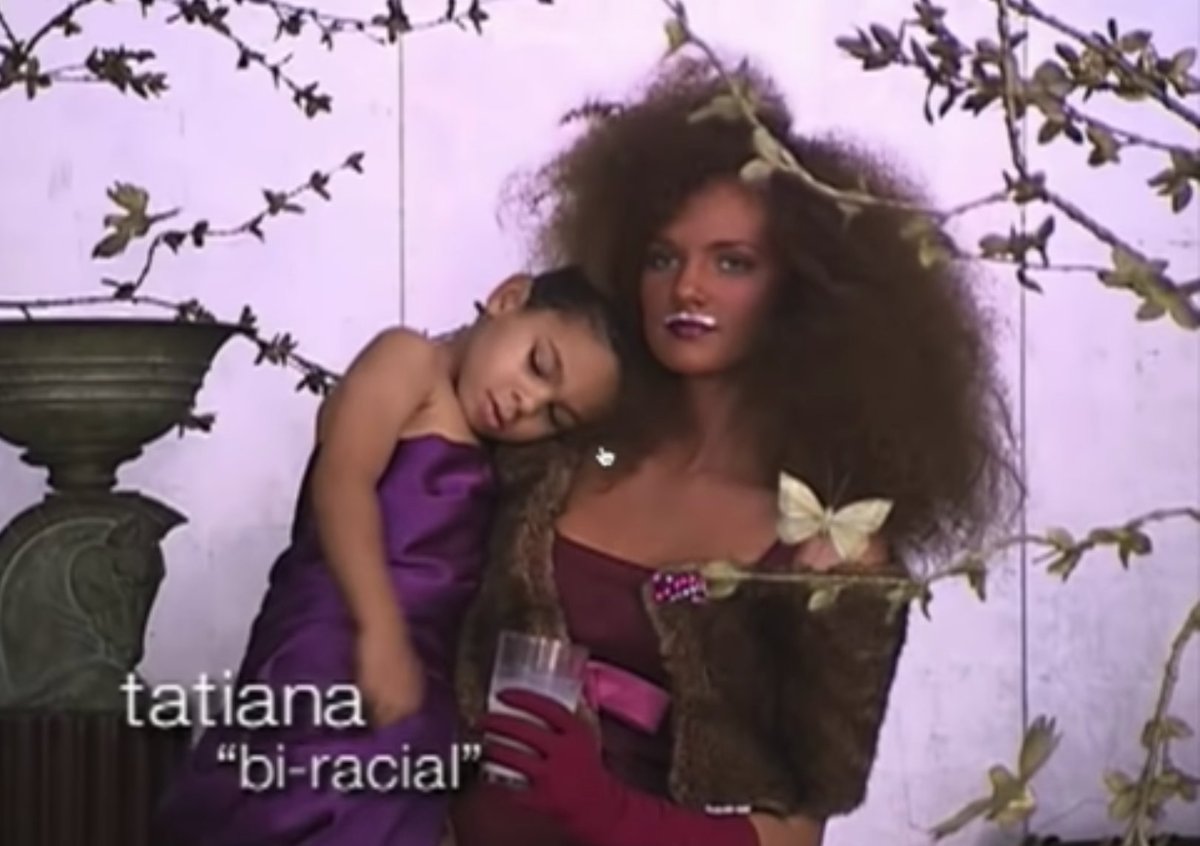 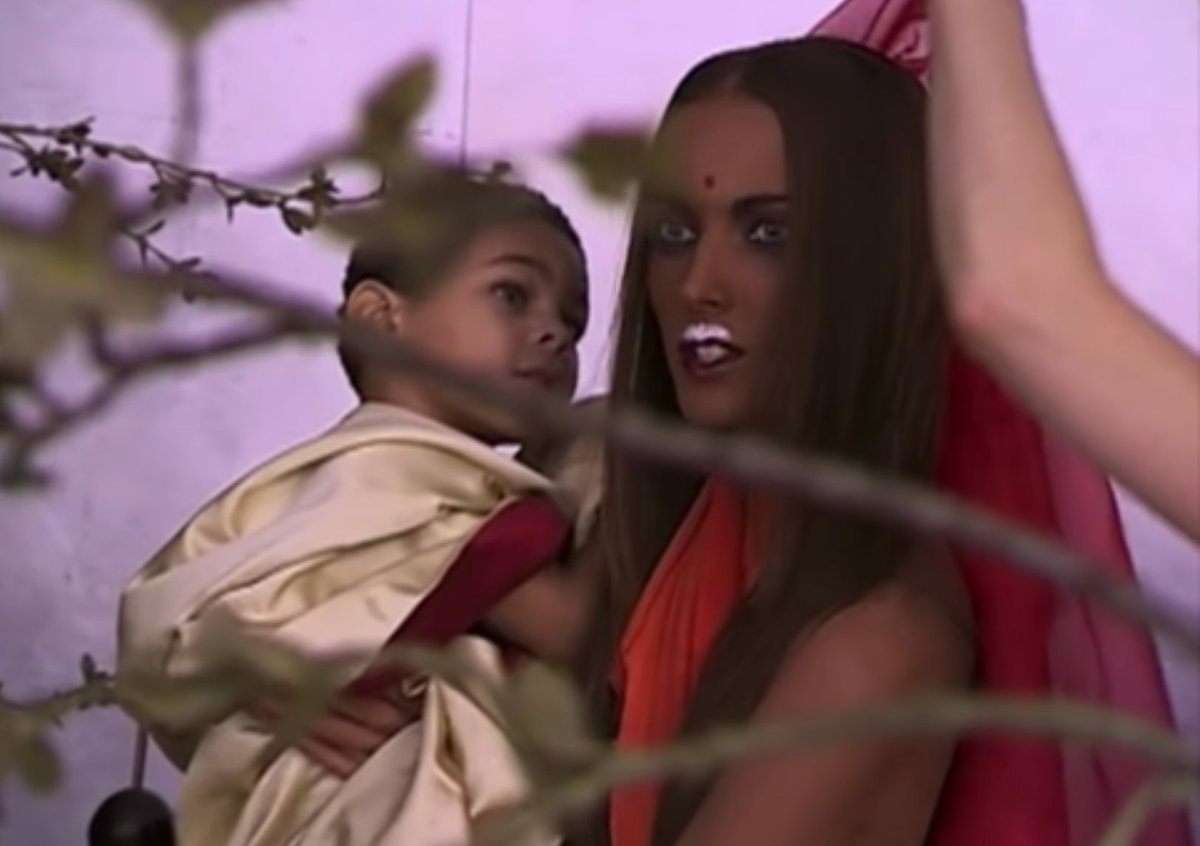 Yes, this really went to air just 16 years ago.

Wait wait wait. We must talk about this as well. Tyra was out here normalizing Blackface. How is this woman not cancelled 😂😂 #ANTM pic.twitter.com/EyyKh7gYWO

4. When Cassie, who was open about her eating disorder, was told she was 'too big'.

In cycle three, rumours swirled of Cassie's eating disorder from the start of the season, which was problematic in itself.

Then, in episode seven, the model opened up to Tyra about her experience with bulimia.

Despite this, the model was still told "her hips and thighs were too big" by the judges.

5. That time the models were turned into "homeless" women.

Then there was that tone-deaf homeless photo shoot in cycle 10.

Episode one of cycle 10 aimed to bring awareness to homeless youth by turning the models into "homeless women", and dressing real homeless women in high-end fashion. 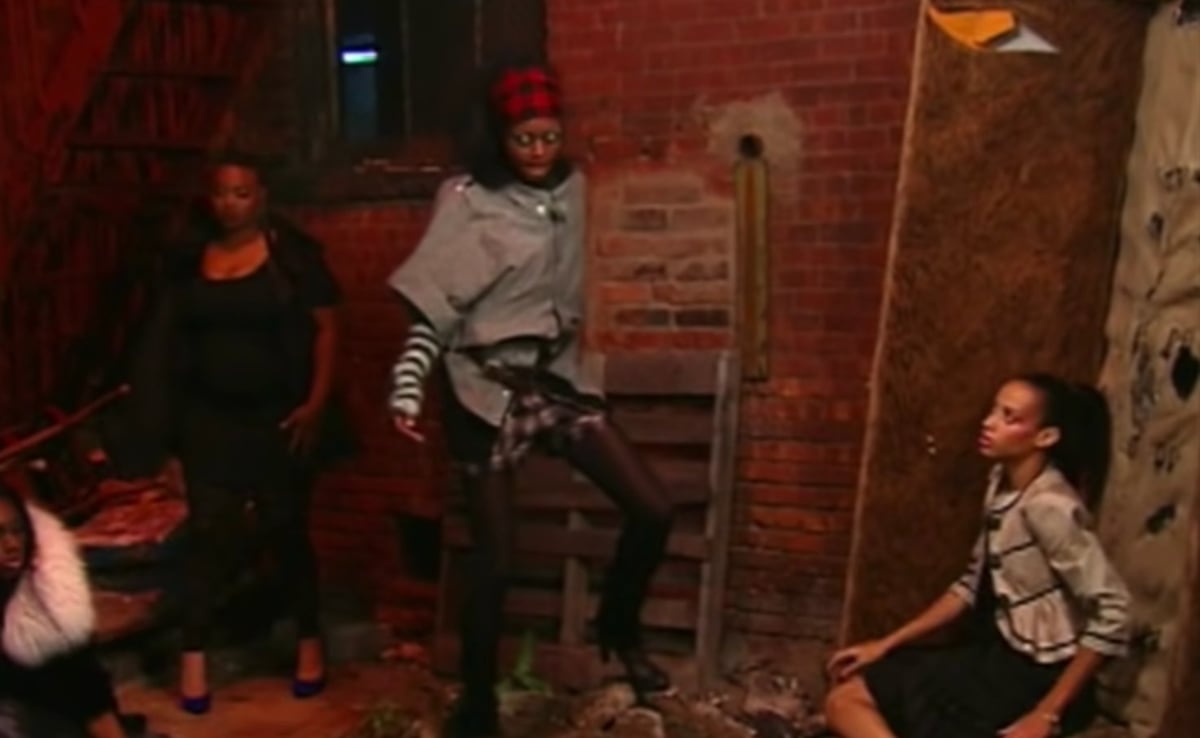 "What are you thinking?" Jay asks one model as she poses alongside an actual homeless woman, who is acting as a model.