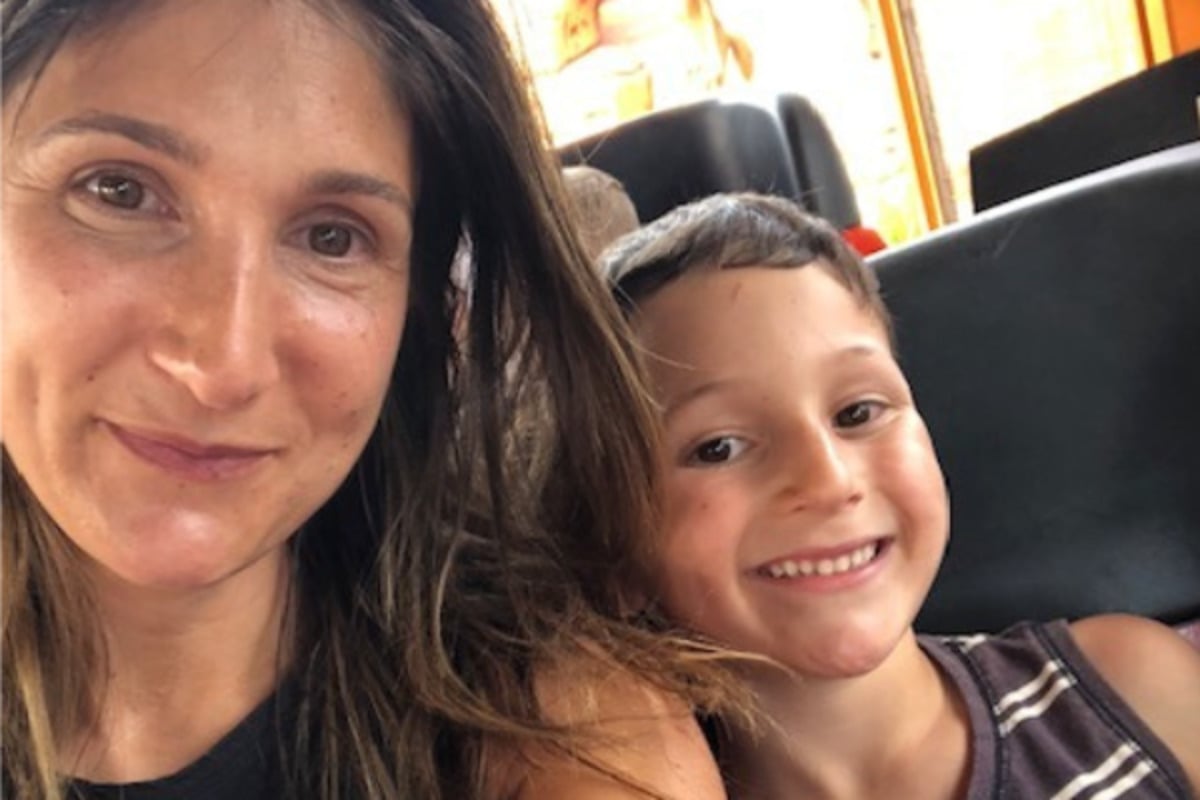 With four children and a few years of schooling under my belt, I have spent the equivalent of a full 24 hours in parent-teacher interviews.

That’s a full day without sleep listening to people tell me about my kids in 5 to 10 minute increments while someone else huffs nearby because everyone is running late.

And as I pressed ‘book time’ on my next round of interviews as we reach the middle of the school year, I found myself thinking: But whyyyyyyyyy?!?

Don’t get me wrong, I adore my kids’ teachers and am totally appreciative of all the hard work they put into preparing for parent-teacher days. But that’s exactly the point.

WHY are we demanding more of these already under-resourced and underpaid superhumans whose job is to teach my kids?

Teach them. I trust you to do your job.

I don’t need teachers doing excess paperwork outside of school hours so they can have just the right art folio at just the right time to display my kids’ work just as the five minute timer counts down.

I don’t need to create an excess workload for teachers when I would rather they spend their time, you know, teaching.

‘But what if there is an issue?’ I hear you say. 'Wouldn’t I want to hear about it?'

But if there is an issue with my child’s learning, I don’t want to wait until the end of term to hear about it.

If there are behavioural problems that need addressing, a conflict with another student, handwriting that may require help, a concept that isn’t being picked up (the list goes on) and I am hearing about it at parent-teachers for the first time, that is going to sh*t me.

Now, I know not every minor issue can be relayed back to parents in real time. I understand the system is overloaded and teachers have better things to do than give every parent a running commentary of the day.

But if it’s important enough to take note of and bring up at parent-teacher interviews, it’s something that should already be brought to my attention.

﻿This isn’t a performance review in a swanky corporate office. My kid isn’t getting a bonus for meeting their KPIs or being performance-managed for tardiness. The arbitrary time stamp for feedback (whether it’s positive or negative) is... unnecessary.﻿

There are so many awkward moments that could be avoided.

Like when you’re getting feedback from a teacher and you 100 per cent know they have no idea who your child is.

When a teacher is suggesting that your kid should listen in class more and you would like to suggest that maybe if they were less boring they would.

If there is any negative feedback given, in all likelihood it’s being given in a public space, with other parents and teachers milling around.

﻿I can tell by the facial expressions exactly what’s going on at the table next to me (Mr Vaughn telling Billie’s parents about an incident on the playground while Billie Senior sits awkwardly in those teeny tiny primary-school chairs).

﻿Quite frankly it’s not just the facial expressions, I can hear every word... because it’s being said at an audible level and I’m only metres away. Something to do with frequency levels and sound waves.

I don’t want to hear it. And I don’t want you hearing it when it’s about my kid. Positive or negative, it’s nobody’s business.

If you are﻿ waiting to tell me there’s an issue at school, I fail to see how we’re going to address that in the 300 seconds allocated for our interview.

If you’re going to tell me how well my kid is doing, that’s awesome, but I’ve just left work and missed dinner to get here. I’m hungry and tired and I already think my kid is great. So... why are we here again? ﻿

All I’m saying is that we are all under intense pressure, especially now. The teachers, the principals, the parents, the students. Can we streamline this process and maybe just deal with things as they come and trust that everybody is trying their best?

Reply
Upvote
2 upvotes
This is an easy fix... don't make an appointment to speak to the teacher during the interview times unless you want an interview.
K
kidsarehardwork 2 years ago

Reply
Upvote
1 upvotes
@fe As a teacher I completely agree with this.  Often the interviews that run overtime are the parents who are lovely people and engaged in their kids lives but just want to catch up because they haven't talked to me since last PT night and don't have questions or concerns about their child's progress.
S
snorks 2 years ago

Reply
Upvote
1 upvotes
Just booked in my parent teacher interviews this morning. We get 8 mins which is generally enough.
Problem is they are the teachers for the first semester when I want to talk about what to do going forward. Often they aren't teaching my kids going forwards.
Most teachers do a great job, but my kid is one in a group of 30, and there are several classes per day. They do what they can but they just can't give one on one attention.
That's why I like to talk to the teachers, to find out how I can help my kids going forward.
News
General
Opinion
True Crime
Politics
Sport
Explainer
Entertainment
Celebrity
Reality TV
Movies
TV
Books
Rogue
Royal
Lifestyle
Beauty
Fashion
Weddings
Home
Wellness
Health
Fitness
Travel
Food
Parents
Before The Bump
Pregnancy
Baby
Kids
Teens
School
Parent Opinion
Work & Money
Money
Finance
Career
Lady Startup
Relationships
Sex
Dating
Separation
Friendship
Family
Real Life
Couples