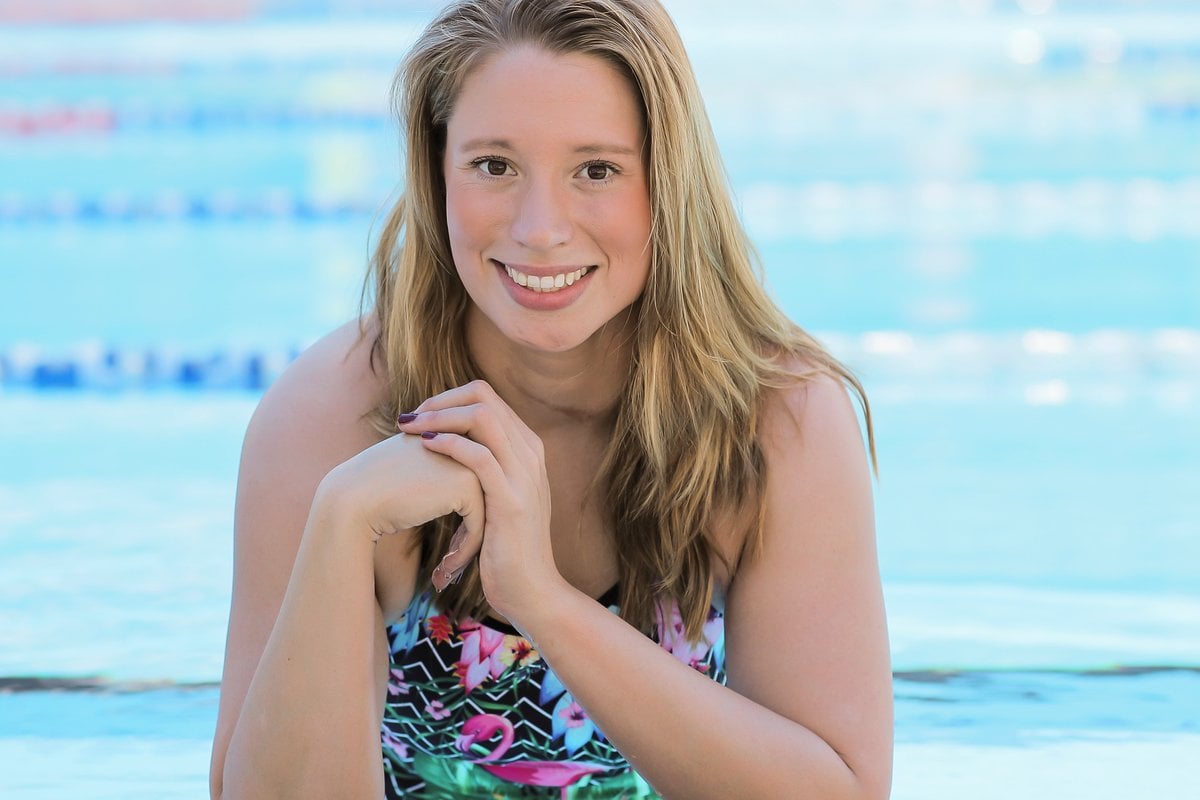 "So you’re an Olympian? Which one did you go to?"

"Oh yes, when we say Olympics we mean that too..."

"Actually, they are not the same thing -"

"Yes yes, but we consider you Olympians too…"

Jessica Smith on the moment she decided to become a Paralympian. Post continues after video.

Paralympians are not Olympians. If you watch the Olympics, you won't see us. We will not be there. As a Paralympian I am constantly correcting people, so in an attempt to save myself some breath, here is why the distinction is important.

The Paralympics, like the Olympics, comprise of a Summer and Winter Games occurring every four years. The Paralympics is a relatively new movement compared to the Olympics which dates back to ancient Greece. The Paralympics began after World War II, initiated by Sir Ludwig Guttmann, who recognised the benefits of rehabilitation through sport for injured veterans.

It was not until 1988 that the Paralympics were held in the same Olympic host city, and that's continued since. The Paralympic logo, called the three Agitos, has undergone changes over this period too.

The ‘para’ in Paralympics stands for parallel. That's because the Paralympic and Olympic games run side by side. Each take the same dedication, motivation, training, as each other. They are equal.

There are many reasons Paras differ from Olympians, and one of them is funding. Paras are vastly under sponsored and under represented when it comes to commercial agreements and mainstream media. Even within sporting bodies, it is common for Para athletes to receive less funding regardless of their world ranking. Prize money at events is rare. Even when Paras and Olympians are paying the same fee to enter the same race, Paras commonly receive less than Olympic program athletes.

Of course the pursuit to represent your country at the highest level isn’t all about the money, but when physio, psychology, training fees and travel for events all add up, there isn’t always enough to cover it. And that’s before we look at the cost and upkeep of mobility aids (take for instance the silicone sock I wear for my leg which costs over $1000. And that’s not including the prosthetic).

Over the years representation in the media has increased, however, there is still a struggle for Para athletes to make it onto the TV screen. Switch to Channel 7 now, and you’ll see the Olympic Rings under their logo. What we should see is both Olympic AND Paralympic symbols, side by side.

On this episode of The Undone's dating diary, Monique Murphy gets rid of a clingy date using an excuse nobody could fault.

There are different sports at each games too. The Summer Tokyo games will see 33 sports across 50 disciplines, and the Paralympics will offer 22. The Winter Olympics range across seven, with the Paralympics across six. But even as the Paramovement slowly grows, events and classifications are constantly cut from the program. Several swimming and athletic events have been removed from the 2020 Games.

Some Paralympic athletes have competed at Olympic Games. At Sydney 2000, there were demonstration events at the Olympics highlighting the Paralympics Games to come. The best of these athletes including wheelchair racer Louise Sauvage OAM won medals, although they were not the same as the Olympic medals. Other athletes such as Melissa Tapper, a Para Table Tennis athlete, competed at both the Olympic and Paralympic Games in 2016, as she met the qualification requirements for both.

The Olympics and Paralympics are brands. There are no Olympic rings in sight at a Paralympics because it’s a competing brand. In fact, if you were an athlete competing at a Paralympics or IPC run event, and you happened to have a tattoo of the Olympic Rings visible while you were competing, you'd be disqualified. And it's the same if the situation were reversed. It is considered a breach of advertising regulations. This is because we are not the same. When I walked into marshalling at Rio, there was a table with permanent markers for athletes to black out any brands or logo before they raced.

The Games are also run and operated by separate governing bodies: The International Olympic Committee and the International Paralympic Committee. Each has differing sponsors, as do the Australian Olympic Team and Paralympic Team. In Tokyo you will see the Australian Olympic athletes in brands such as Asics, with the Paras in The Garment Exchange and R.M. Williams.

Both Games have their similarities of course. They both are the pinnacle of sporting competition and share the same goal of uniting countries through sport.

But Paralympians require a distinct identity in order to be adequately recognised. We need to continue to momentum of the Paramovement. Every time we say, "…and Paralympians" we are reminding the world of our presence, not least to keep televisions turned on when the Olympics concludes and we're coming up next.

The recognition builds our presence and reiterates the notion that sport is all-inclusive. Our journey as athletes in pursuit of sporting glory ought to be equally respected. As athletes with a disability, we are not necessarily there to show the world what we are capable of. We are there as athletes, dedicated to our sport, with the Paralympics offering a fair playing field.

I dreamt of being an Olympian as a younger swimmer. My story has had twists and turns, but I can honestly say I never imagined the pride that I feel being an Australian Paralympian. I never watched a Paralympics until I was competing at one, as I simply wasn't exposed to them. Having experienced the incredible power of the Paralympics, I want to make sure every Australian knows about the magic that is coming in August 2021.

I’m a Paralympian. I’m proud of my movement's history, the athletes that make it what it is and my journey to get there.

And as a Paralympian, I don’t accept being called anything else.

FOR MORE: Monique nearly died after falling five stories from a balcony. But she wouldn't change what happened.