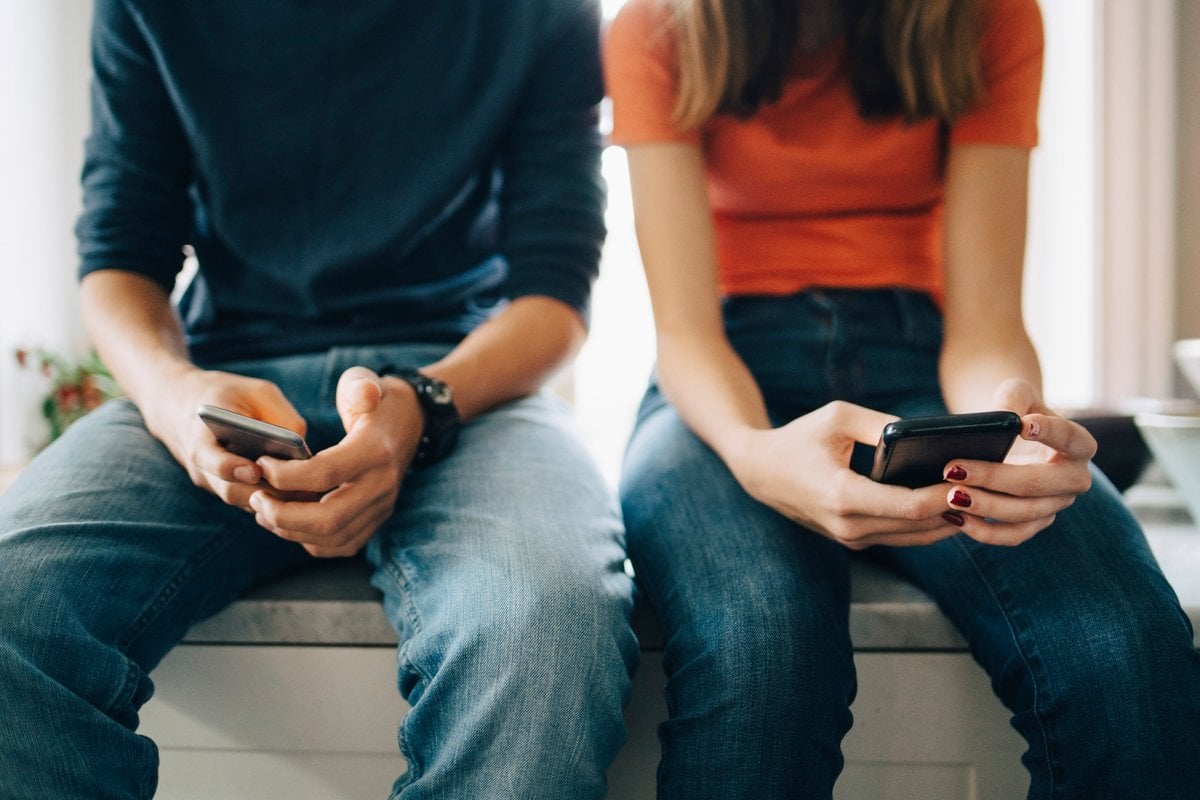 Let’s talk about online safety. And let’s be realistic about it.

Many experts have suggested that children should only be allowed online if they’re sitting in the middle of the house where their parents can walk past at any time and see the screen. Is that practical in your household?

Many experts have suggested that you only allow your children to have Facebook, Instagram or TikTok accounts if they accept you as their online friends. But do you know how many teens have separate accounts to get around that? There are the accounts they show their parents and the 'real ones' that their parents have no idea about. And, again, if we’re paying their phone and internet bills, what rights do we have to set some rules?

This may be a little late for many of you, but if you have a child 12–13 years of age, then our advice would be to surprise them with permission to set up some social media accounts. If you’re not finally relenting after months or years of nagging, then it can be easier to set some initial ground rules. But, even if you’re giving in after holding out for a long time, make the announcement a surprise. That way, they’re more likely to agree to certain terms.

Meet MPlus, a space for women who want more from us to get extra, closer. Post continues below.

Drawing up a contract that you all sign is a good life lesson. In the contract, it’s a good idea to include the following guidelines for them:

Collaboration helps here. Let them have a say in setting up the rules because that way they’re more likely to stick to them. If they sign this contract and subsequently break the rules, then you have a clear consequence laid out – they lose their phone privilege for a certain time that is pre-agreed, emphasising at all times that the consequences are to keep them safe.

Asking them what is the best time to be online with friends gives them some control over the situation and so they’re more likely to stick to it. It’s no use saying that they can use social media from 4pm to 5pm if none of their friends are online then. But if they say their friends are mostly active online from 7.30pm to 8.30pm, then talk about good times to do homework or to have dinner so that they manage their time well. If they admit to being easily distracted by the internet (and who isn’t?) then suggest you help them by switching off the Wi-Fi at certain times. Again, you’re stressing that you’re trying to help them, rather than punish them.

Should you be friends with your children online? That totally depends on you and your child. Often, when kids first get their social media accounts, they are happy to have any followers, including you. Then they go through a stage where they don’t want you following them. They tend to come out of this phase after adolescence and are again happy for you to see what they post. But from age 14 to 18 they often want online privacy. Some of you will try to insist that you follow them and many of your teens will agree to that.

I didn’t insist on following my kids when they were in that age group, but I promise you that I found out when things were amiss. And that’s because someone is always watching. Siblings often follow each other and tell a parent if they’re worried. Other kids tell their parents if they’re worried about something your child has posted online and the parents then tell you. Cousins and family friends are often aware of what’s going on and they spread the word if there’s something to worry about. And you can also use this same tactic with your own children.

You can ask them if they’re worried about any of their friends online. You don’t have to insist that they show you the content, but you can strongly encourage them to keep an eye out for their friends. Is someone they know posting inappropriate material? Are they bullying someone? Do they look like they have an eating disorder? Are they engaging in risky behaviour? Have your kids seen a post about someone they know and are worried about it?

Listen to Mamamia's podcast No Filter. On this episode, Dr Ginni Mansberg and Jo Lamble join host Mia Freedman to chat about their book The New Teen Age. Post continues below.

If they answer yes to any of these questions, then they might not tell you who they’re talking about or, if they do, they might insist you don’t tell the parents. But our job is to keep all our kids safe and so you don’t have to agree to keeping this secret, but you can workshop a way to tackle the issue. Could your child be the one to contact the other parent? Should the school be notified? Is there a way that you could approach another parent that would make your child feel more comfortable? You can hopefully see that if our teens know we’re on their side and on the side of safety, then they can use us as a resource rather than as the fun police.

There are plenty of households in which the parents don’t follow their children online, but they see what’s happening because it’s in the 'cloud'. For example, their teen might be in their bedroom having a text conversation with a friend and the whole transcript is coming through on the iPad you’re using in the living room. Or your child might have gone to bed, but their phone is charging in the kitchen and you happen to notice messages popping up on the screen. What do you do? Hopefully, it’s all just innocent banter. But what if there’s a plan afoot? A plan to buy some alcohol or drugs for an upcoming gathering? Or what if the conversation verges on bullying and you’re worried about your child or someone else’s?

If you confront your child about what you’ve seen, then it’s likely they’ll do all they can to tighten up their privacy settings. And if you don’t say what you’ve seen, you’re going to keep worrying about it and continue to read all you can. The best idea is to, again, reinforce the idea that anything they type or post can be seen by anyone. They need to remember that their friend could take a screenshot and send it around, or show their parents who could in turn take it to the school. They need to know that other households have different rules and their parents might see everything they write. And it’s a great life lesson to think that they should only post things that they’d be happy for others to discover. So if you do see something you weren’t supposed to see, or you’re told about something that your child has done online, it’s an opportunity to sit down and discuss the dangers and help them make better decisions. Using the Five Cs and good communication will work better than punishing them.

A quick note about the impact of our online behaviour on our teens. Parents need to be aware that what we share on our own social media accounts might embarrass our children. Paediatrics professor Bahareh Keith and law professor Stacey Steinberg from the University of Florida have teamed up to call for guidelines on social media use for parents. They stress that there needs to be a balance between the parent’s right to share and the child’s right to privacy.

We parents need to practise what we preach. We need to remember that anything we post can be passed on and used in any way, and sometimes we might not realise that we’re actually crossing the line and breaching our children’s privacy. 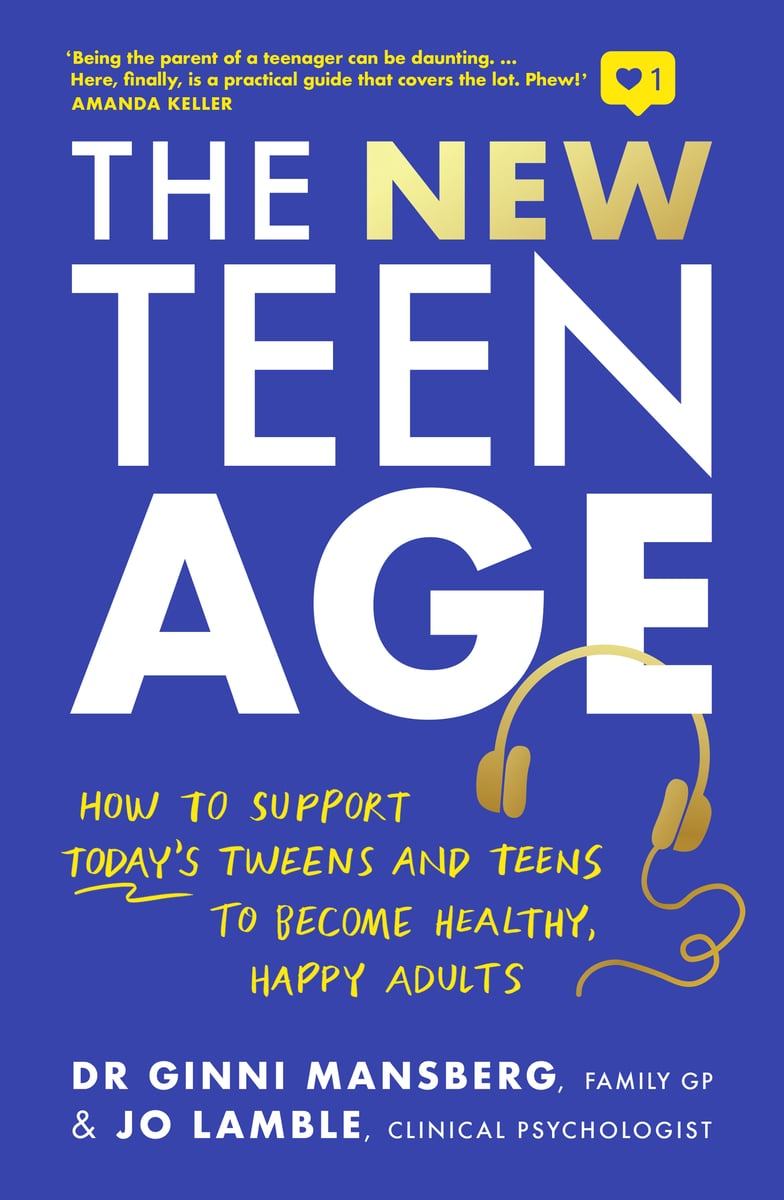