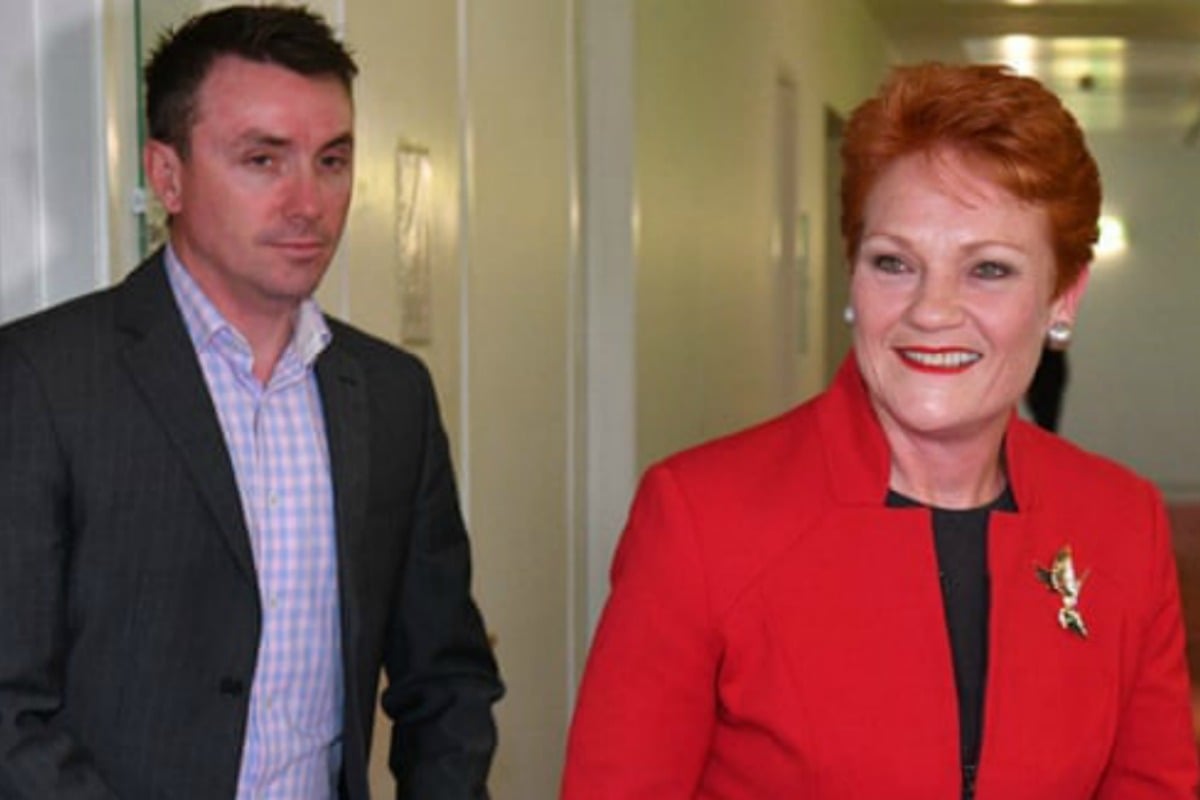 It hasn’t been a good few weeks in Australian politics.

Then, we had Fraser Anning blame the Christchurch terrorist attack on Muslim immigration, before being egged by a teenage boy who he then proceeded to hit in the face. Twice.

Just last night, the Liberal Party federal vice president Teena McQueen thought it was important to point out that by changing gun laws in the wake of Christchurch, Jacinda Ardern was really "copying" Australia, and CAN'T YOU LET US HAVE JACINDA.

Now, at potentially the worst possible time, it's been reported that One Nation asked powerful US lobby groups for funding (just a cheeky $A28m), to help it weaken gun control in Australia.

In the wake of the report, which was published overnight by Al Jazeera, Scott Morrison has expressed 'deep concern'.

"Australia's gun laws are world's best thanks to (former Prime Minister) John Howard & we will not be changing them," he posted on Twitter.

The Al Jazeera investigation claims that One Nation's Queensland party leader Steve Dickson and Senator Pauline Hanson's chief of staff James Ashby made the case for funding in meetings with pro-gun groups in the US.

Listen to the Mamamia Outloud team discuss Waleed Aly's interview with Scott Morrison on The Project. Post continues after audio.


The groups included the National Rifle Association of America and Koch Industries - America's second largest privately held company, which has donated hundreds of millions of dollars to conservative political causes.

One Nation has referred the news report to police and intelligence services.

"Al Jazeera are a state-owned propaganda arm of the Qatari government that supports Islamic extremist groups and are not a legitimate media organisation," the party told AAP.

"The matter has been referred to ASIO and the Australian Federal Police due to concerns of foreign interference into Australian politics in the lead up to the imminent federal election."

The party insists it "strongly supports the rights of lawful gun ownership" and claims Al Jazeera targeted it because of its policies on restricting immigration.

The investigation features a recording of a meeting in Washington DC last September, captured by an undercover journalist.

In it, Mr Dickson tells NRA officials that for the world to look to Australia as a model for gun control would be "poison".

"It will poison us all unless we stop it."

Mr Ashby is also heard saying on a separate occasion that $US20 million in donations to One Nation would give the party parliamentary influence in Australia.

"If you had 20 [$US20 million], you would own the lower house and the upper house," he says in the recording.

Electoral commission data from 2017/18 shows the Nationals received just over $8 million in combined donations while the Greens took in almost $13 million. Both parties currently hold more federal seats than One Nation.

He said the idea of rolling back Australia's gun laws seemed remarkable in the aftermath of the Christchurch massacre.

Al Jazeera's two-part documentary will be shown on the ABC on Tuesday and Thursday, and is available online.

Can Pauline Hanson 'please explain' why ON are trying to procure money from the NRA and weaken Australia's gun laws?

To make themselvesite powerful in parliament :
$US20 million in donations to One Nation would give the party parliamentary influence in Australia.

"If you had 20 [$US20 million], you would own the lower house and the upper house," he says in the recording.

Pauline Hanson needs to say the words herself.

But I doubt she will. Instead she'll attack people who criticise ON.

Politicians answering questions and telling the truth, that's the dream :)

I watched the first part of this documentary and I found it sickening. Their defense that they were "on the sauce" is only partly true. They weren't on the sauce when they were in meetings with the NRA. And the NRA really showed their true colours regarding the vicitims of gun crime and telling the one Nation bozos exactly how they shut them down. The complete lack of respect for the kids from Majory Stomer. Absolutely disgusting.