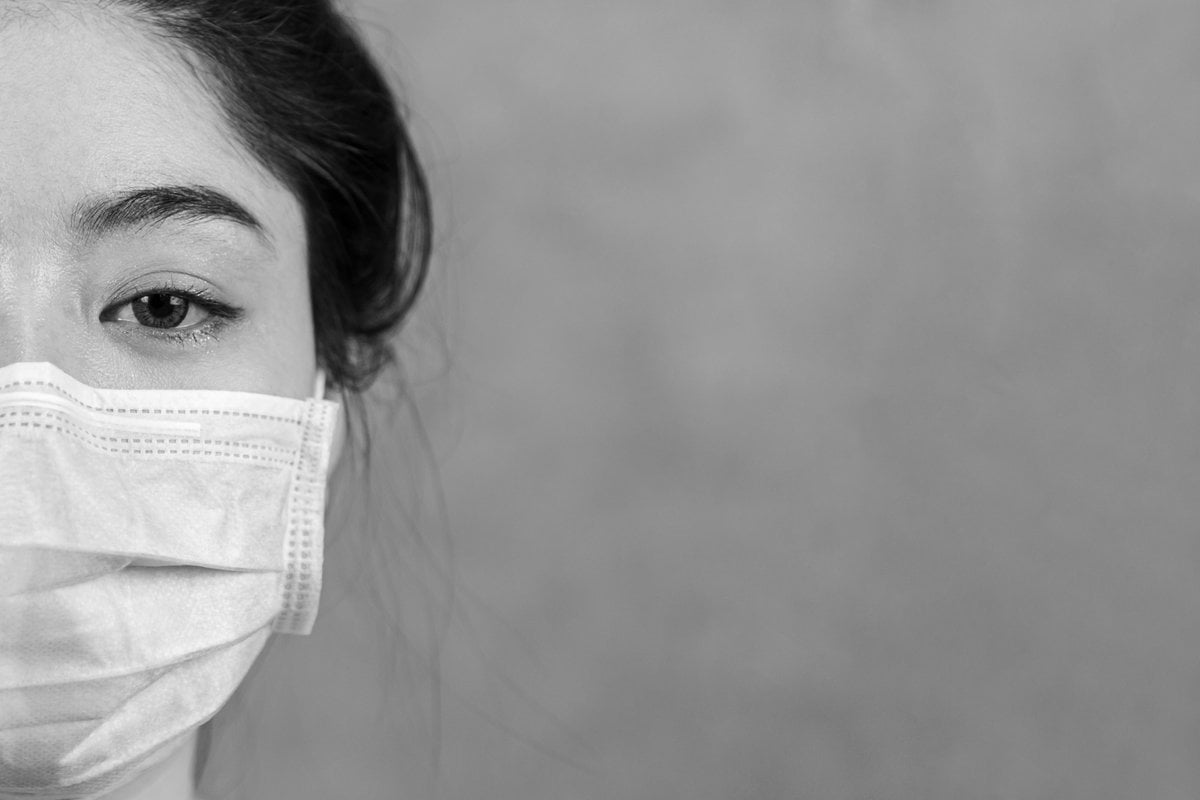 Tenille* hasn’t had a break. She’s barely had a sip of water or a bite of her cold lunch. Her personal protective equipment is heavy. The early signs of a headache are creeping in. She has 10 things she needs to do and all of them are high priority. She only has time to do five of them - and even then, she knows she isn’t providing the quality care each patient deserves.

“OK, I'm going to work myself to the ground until I have a migraine or until I have a panic attack,” Tenille remembers telling herself on numerous occasions.

In the maternity wards of one of Melbourne’s public hospitals, 24-year-old Tenille works as a junior midwife. After studying for five years to get her dream job, she’s worked here since February 2020.

But she never expected it to be like this.

On this particular day, a new mother has just welcomed her first child into the world via a caesarean birth. As a midwife, Tenille knows giving birth is not just a physical process, but an intensely emotional one as well. She is trained to facilitate that important bonding time between a mother and their newborn.

But on this day, Tenille could not let the new mother hold her baby. She has to separate the baby from the mother not because of pandemic restrictions, but because of understaffing.

Tenille had to be with another woman who was suffering complex health issues after a pregnancy loss. It wasn’t clinically safe for Tenille to leave this patient, which meant she couldn’t bring the newborn to her other patient, the new mother.

“She would barely look me in the eye and would barely talk to me,” she remembers of the mother’s reaction. “She was utterly heartbroken.”

All Tenille could do was profusely apologise.

“You deserve better than this,” Tenille told the new mother. “I'm so sorry it happened like this. Please write a complaint because your voice is powerful. Things need to change.” 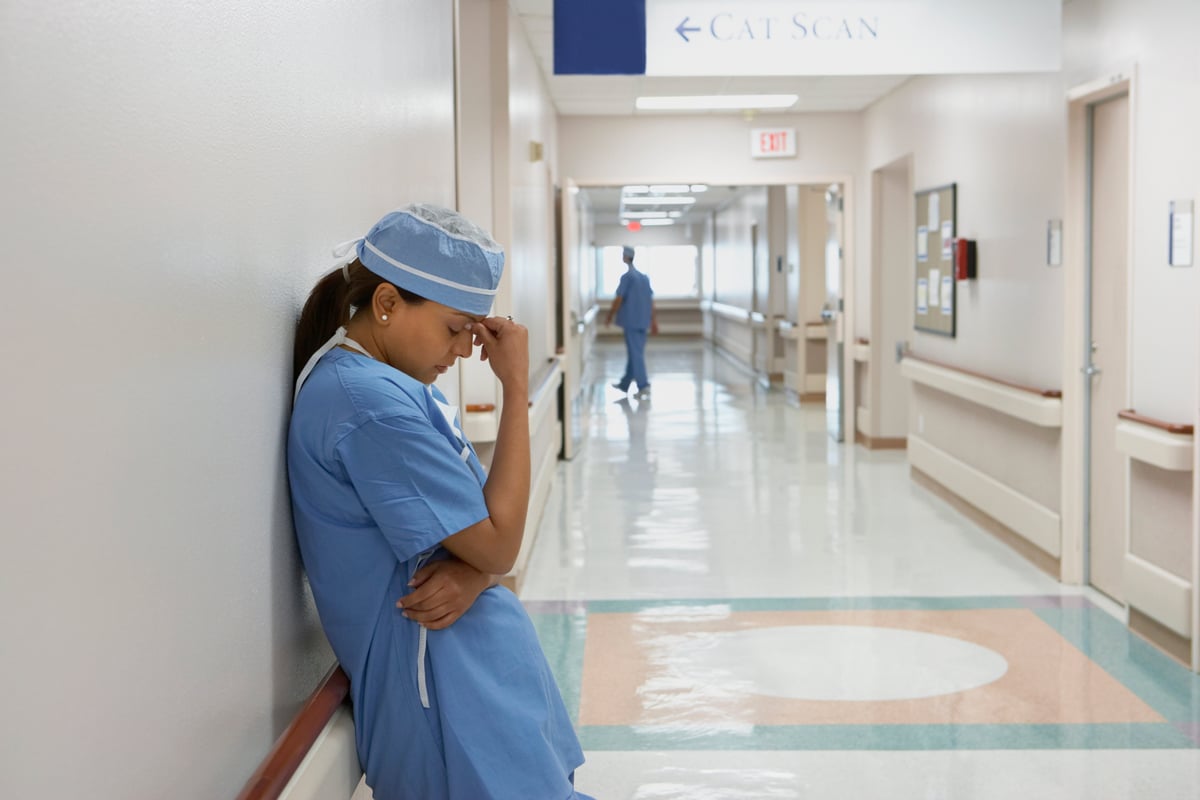 In the maternity wards of one of Melbourne’s public hospitals, 24-year-old Tenille works as a junior midwife. Image: Getty.

When Tenille got home that day, she was shaking, dehydrated and crying.

“I felt like I let this family down,” she recalls. “They were separated from their baby after birth and that is a moment they will never get back.”

That night, she couldn't sleep.

“I just replayed those things over and over in my mind, thinking, 'Could I have done anything different?'”

When Tenille asked senior colleagues if she could have done better, or anything that could be changed, the response was negative.

“This is just how it is at the moment,” she was constantly told by bosses.

“This” includes women arriving to be induced, only for it to be delayed by several days. Other women are giving birth in the emergency cubicles. Several are being sent home after giving birth, and then being readmitted with issues that could have been prevented with quality care.

“I can't participate in that. In my gut it feels wrong. In my conscience, I can't live with that,” Tenille says. “I was just going home day after day knowing that I wasn't physically able to give the quality of care that people deserve, that I'm so passionate about and that I've been trained to be able to provide…

“It was starting to feel dangerous, especially as a junior staff member. I didn’t have enough support and I had a workload that felt unsafe.”

Tenille began seeing a counsellor to help cope with the stress. But that still didn’t fix the issue of being understaffed in the ward. She explains that the baby boom after Melbourne’s lockdown - and the failure of her hospital to prepare for it -  was the cause of the lack of beds, lack of staff and extreme pressure.

Side note.... Here are some of the things nurses never say. Post continues below.

For many of Tenille’s colleagues, as well as herself, she felt like she was sacrificing her personal health every day to be able to provide safe care for their patients.

Symptoms such as hair loss and anemia were common among her colleagues, Tenille says. Plus, double shifts and underpaid overtime hours became normalised in the high-stress environment.

“Unless we work like that, our patients aren't going to be safe. The only reason that they are safe is because we're working like that.”

In late May, Greens State MP Ellen Sandell started a petition, which has been signed by more than 3,000 people, calling for more resourcing for maternity services in Victoria.

“The hospitals and midwives are doing their absolute best, but there simply aren't enough beds, staff or funding for maternity care in Melbourne right now and people are being pushed to breaking point,” Sandell tells Mamamia.

“I can't help but think, if it was men who gave birth, would maternity care be given more money and attention?

“All we're asking is for the Victorian Government to recognise this is a problem.”

Nearly 18 months into her career as a midwife, Tenille has left. It’s been two weeks since her last shift.

“Since quitting, I've been having flashbacks and nightmares. It's going to take a while to recover.”

Tenille feels depleted but not defeated. She has the hope of returning, but never again on a full-time basis and not until changes are made - which she hopes to be part of, by talking about her experience.

At the maternity ward she was working at, things remain abysmal in her absence.

Reply
Upvote
1 upvotes
Where has the presumption come from that All
Mothers want to be with their babies All the time as soon as they’re born. Speaking as a mother of 4, all I wanted after my c-sections was to have my babies in the nursery, so I could sleep and recover! Instead the staffing shortages meant that my babies were with me as soon as I got back to the maternity ward and I was expected to look after them from the beginning. When I rang the buzzer because they wouldn’t stop crying, and I couldn’t physically lift them, all the midwives had time to do was pick them up, quickly settle them and then put them back in the crib; where of cause they started crying again once they left! I’m sure all mothers are different; but I know for me my desire for rest and recovery outweighed my desire to be with them 24/7.
N
niko 7 months ago

Reply
Upvote
3 upvotes
@jimmy The presumption is that there needs to be a choice. It's also actually a medical thing as immediate skin-to-skin has a range of physiological benefits (potentially unknown when you had your children?) So sure, maybe some mothers can't/won't want this but how is that relevant to a mother that's not ALLOWED a very natural, scientifically beneficial moment in time? I also don't think this is referring to 24/7, but the immediate moment after birth. Many women are currently being denied (despite this being against hospital policy) extended skin-to-skin after C-sections due to an understaffing.
J
jimmy 7 months ago

Reply
Upvote
@niko I think we are on the same page it is definitely all about choice. I wasn’t referring at all to the skin to skin contact straight after birth; which was well known about when I had all of my babies but; rather that I would have liked the choice to have been able to recover from a big operation without trying to look after a baby by myself. The staffing shortages are at play in both scenarios.
P
poodletime 7 months ago