Two people have died, multiple towns are flooded and homes have been evacuated across the country.

Flooding has been reported widely throughout both Queensland, New South Wales and also Victoria, causing mass devastation for many, including businesses, communities and farmers.

In NSW, the SES have received 129 calls for help in the past 24-hours and more than 300 volunteers are dealing with storm damage, rescues and delivery of supplies.

In Oakey Creek, north of Toowoomba in Queensland, a 73-year-old man died on Wednesday after drowning in his ute that was swept up in floodwaters.

Watch: The flood emergency across Queensland. Post continues below.

Last Friday, a man’s body was found in a ute submerged in flood waters west of Rockhampton in Central Queensland.

“Sadly, we saw the loss of a life where it appears a vehicle has entered waters when it shouldn't,” said Queensland Deputy Police Commissioner Steve Gollschewski.

“The message is clear: if it is flooded, forget it. For us, we don't want to see any of our officers or members of the community at risk. Listen to the messages and don’t go into flooded waters either in vehicles or on foot.”

Here are some of the most powerful images from the unprecedented floods raging across the country:

“This morning, swiftwater rescue technicians were called to rescue a man after his truck ran into floodwater off the Cunningham Hwy, Goondiwindi. More heavy rainfall is expected today & flooding is likely. If it's flooded, forget it.” 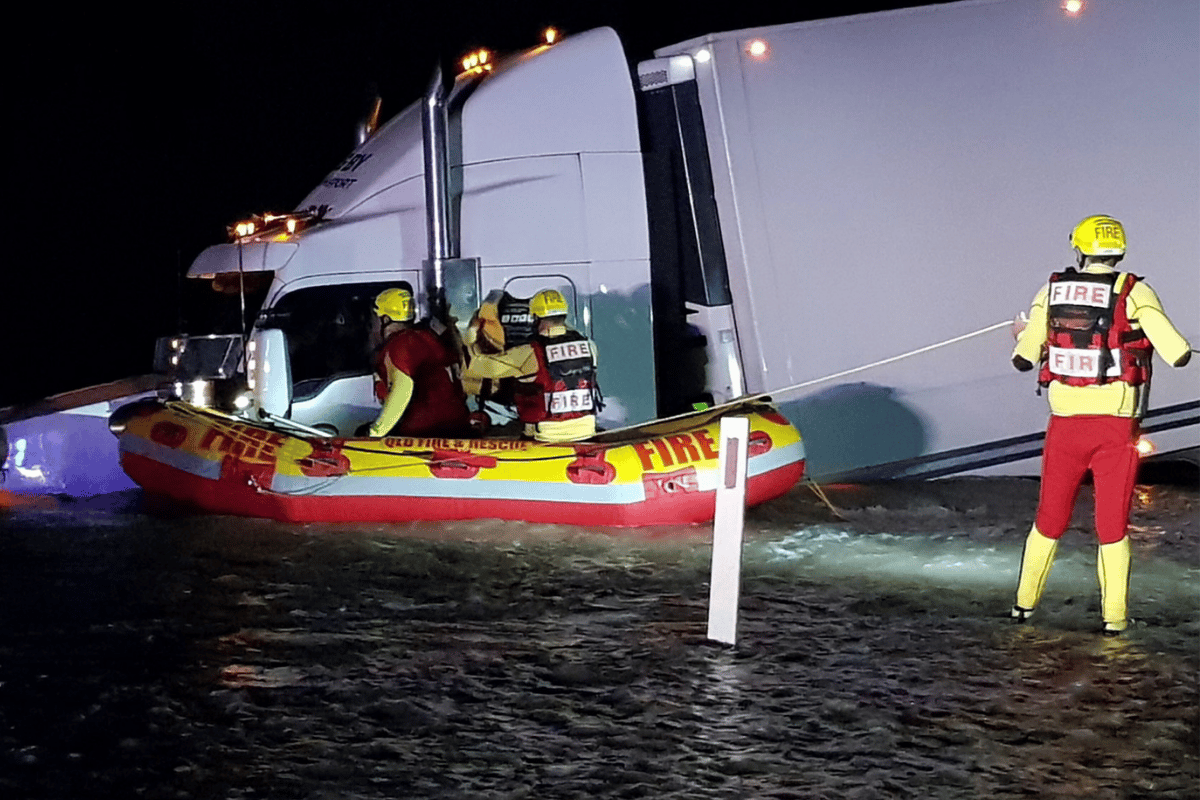 Image: Twitter/ @QLDFES “Water police are heading out across Texas Flats for a welfare check. Most of the residents in the flood area chose to evacuate to higher ground, but some still remain.” 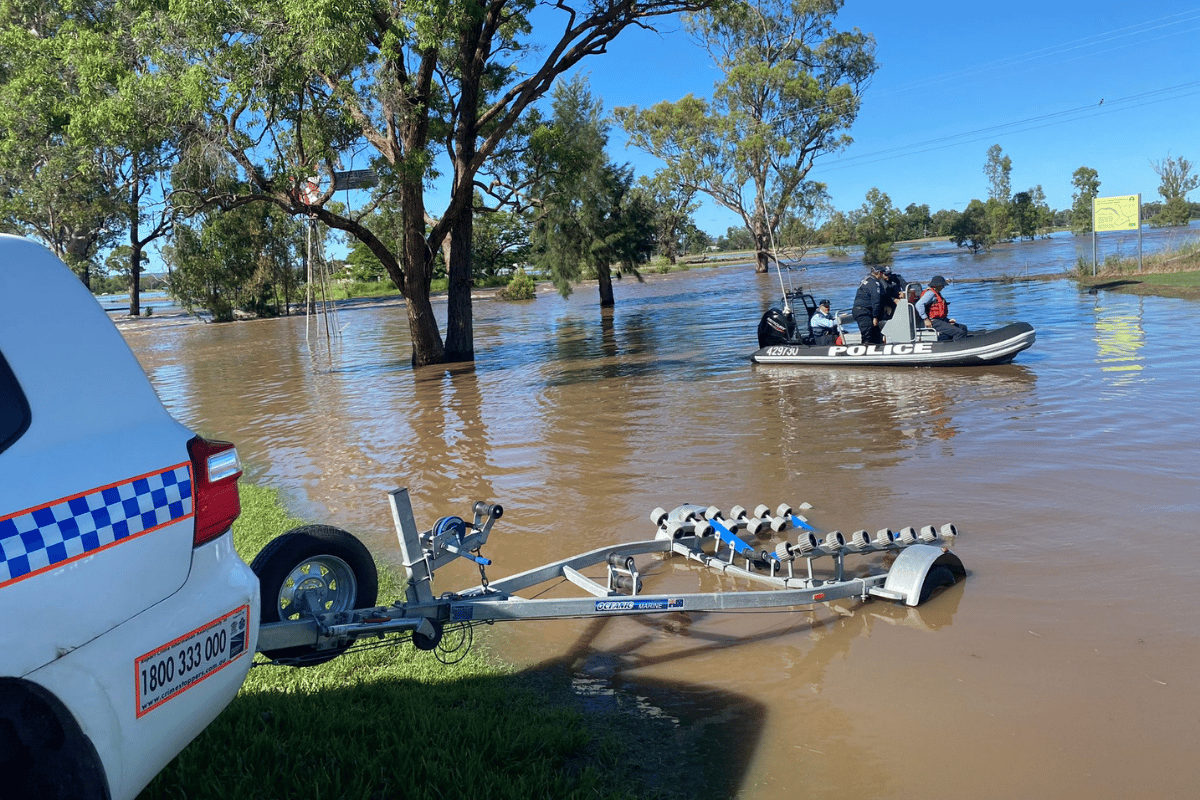 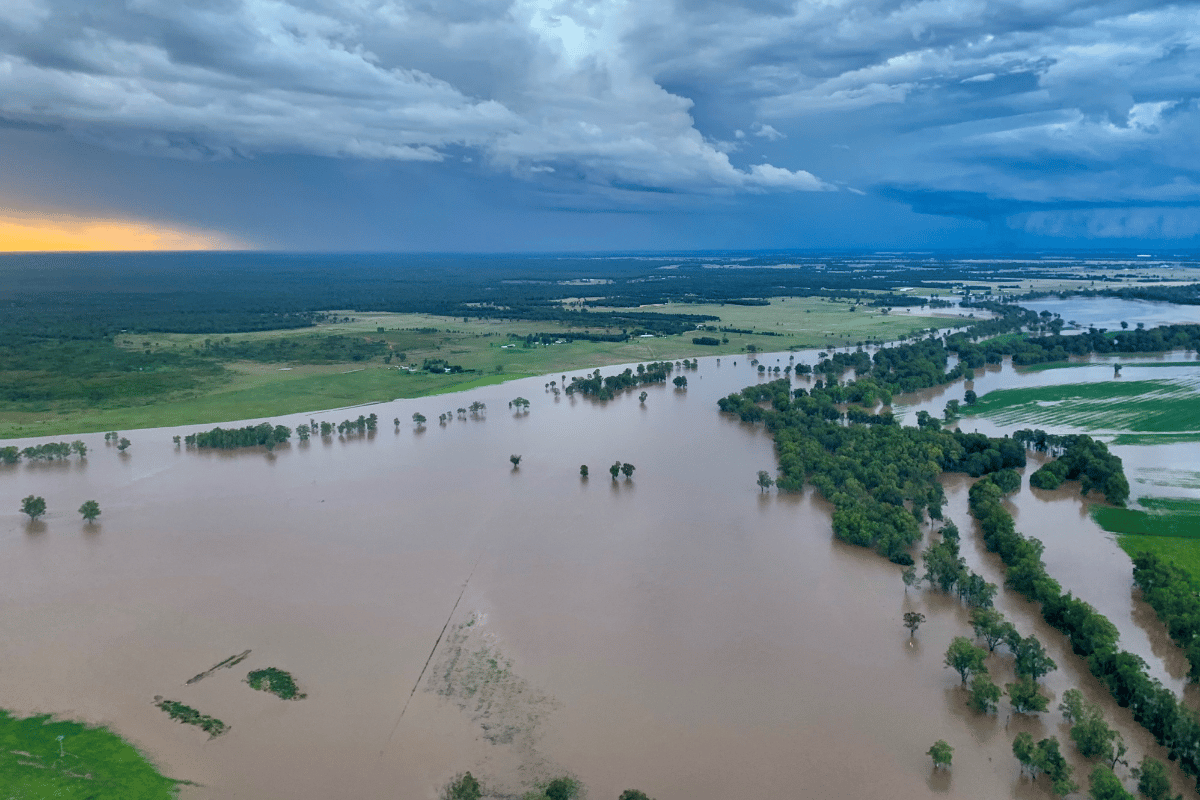 It’s nice to live by the sea 🌊 #Melbourne #flood pic.twitter.com/jWf6TBqZda 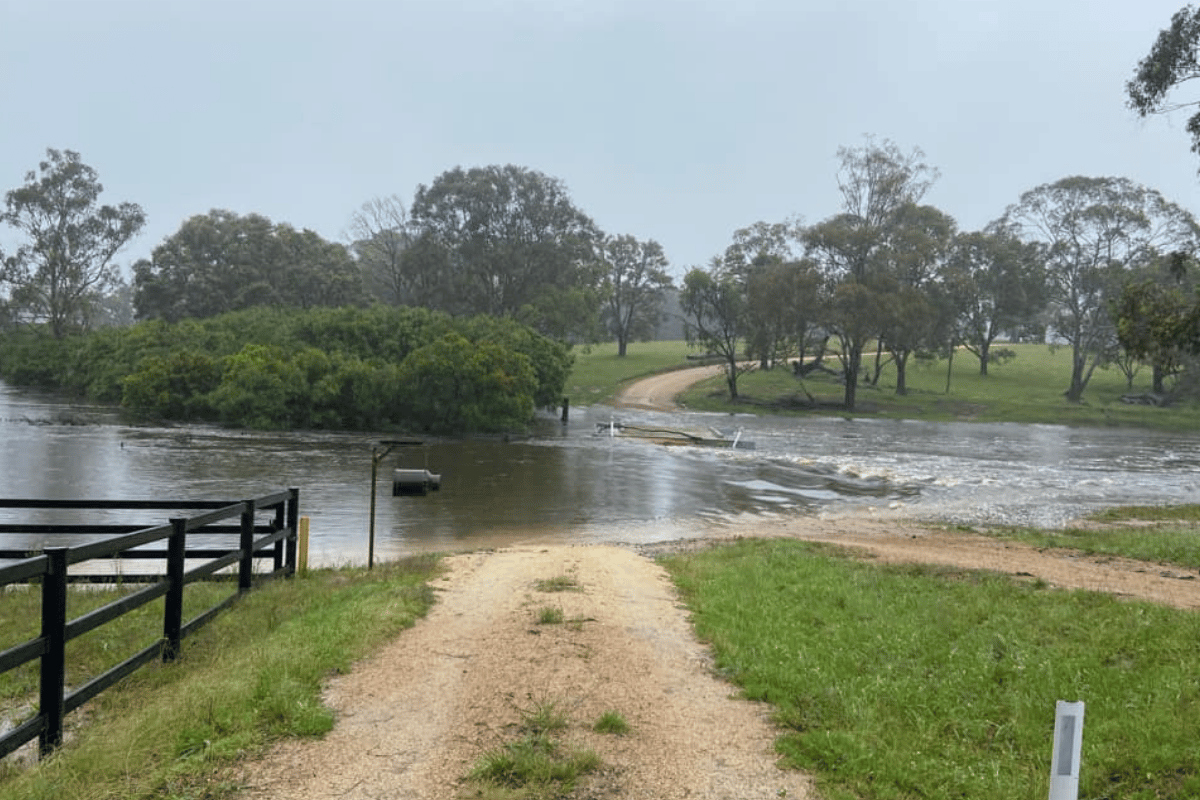 Image: Facebook/ Jo Ree “Coomera River as it flows over the Oxenford Weir on the Gold Coast.” 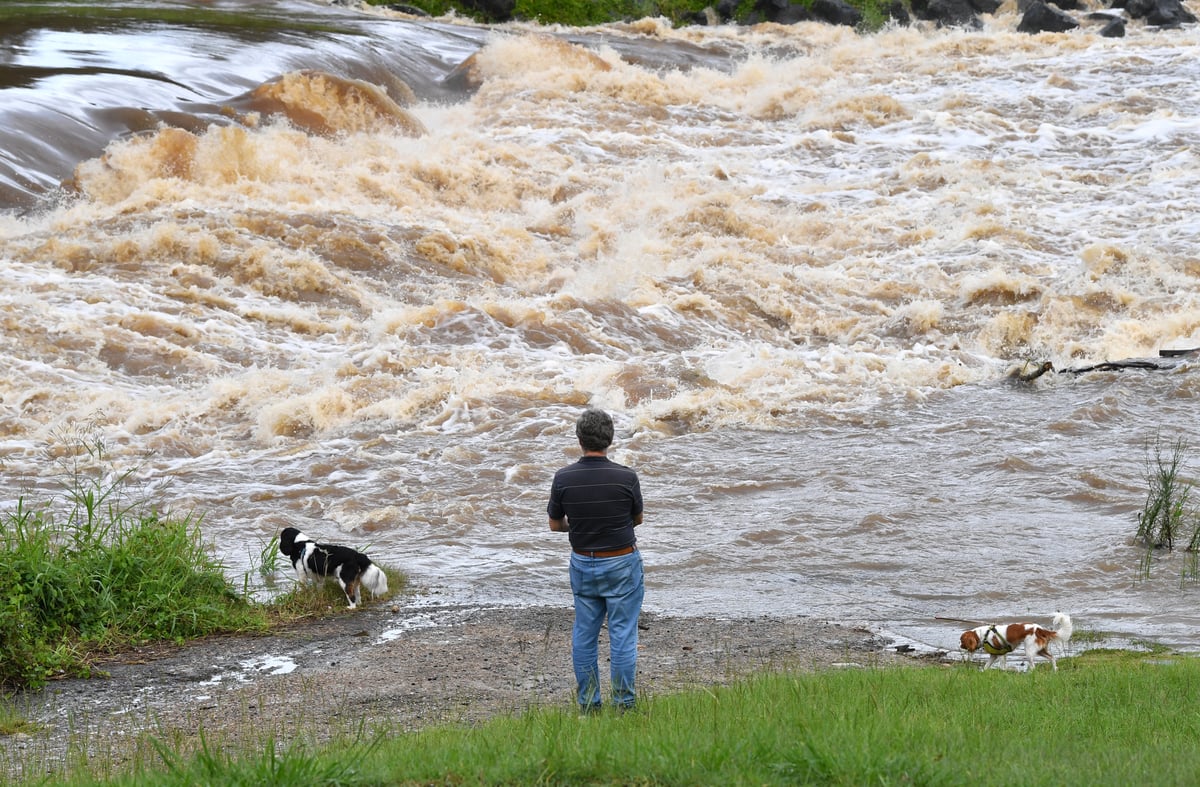 Rural communities are expecting significant flood local road damage and farmers are counting the cost of drowned crops as La Niña continues to dish out rain across much of NSW 👉https://t.co/e79bTAsNYQ
Image: Lagoon Bridge near Wee Waa yesterday by Joshua J. Smith pic.twitter.com/xgk2KfrJnb

Listen to Mamamia's The Quicky: Climate anxiety is real. Post continues after audio.

The border town made famous by the Lee Kernaghan song is today cut-off from NSW.

The Dumaresq River was expected to peak at 8.3m, it’s currently at 8.67 and rising. 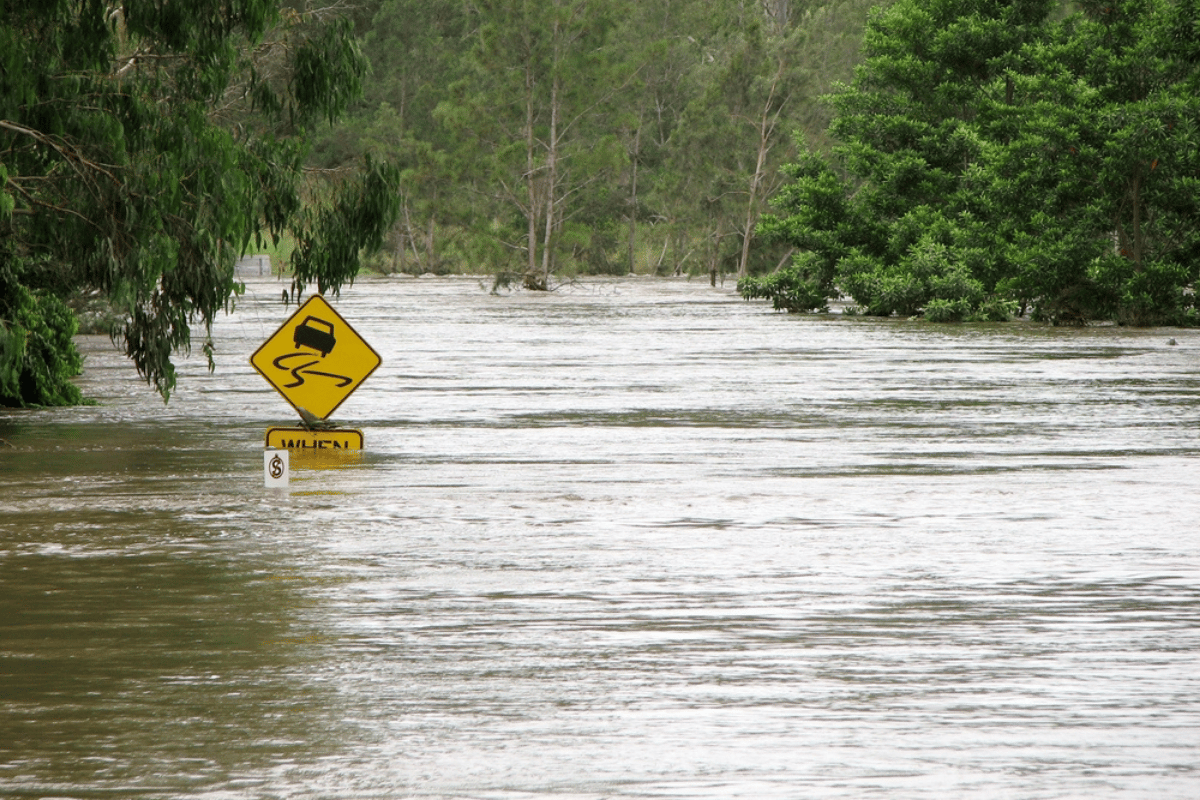 The rain might be easing, but the risk of flooding certainly isn’t.

There’s lots of water on the ground… and across roads 🚫

Please stay across weather warnings from @BOM_Qld and make sure you’re prepared to safeguard your family and property.

“Inglewood has been inundated. Floodwaters have peaked at 11.15m and are receding slowly. The town’s 1000-odd residents are still at the local cemetery.” 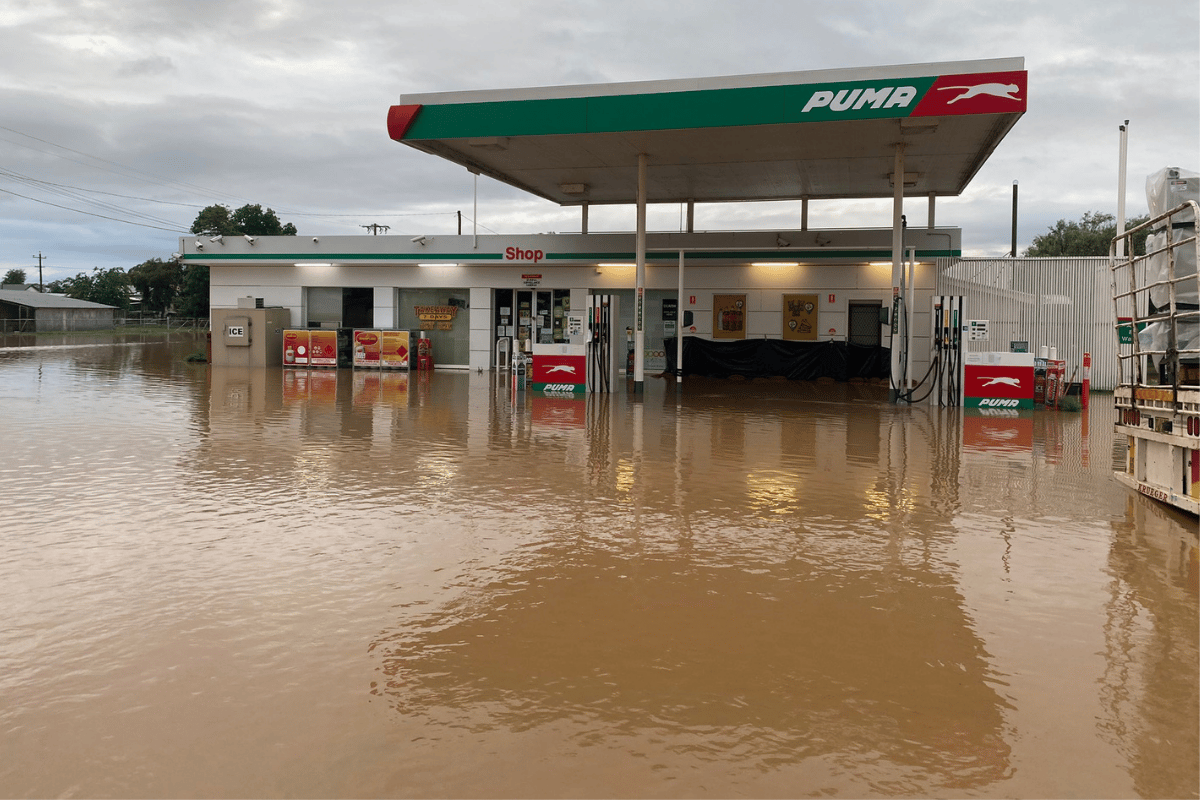 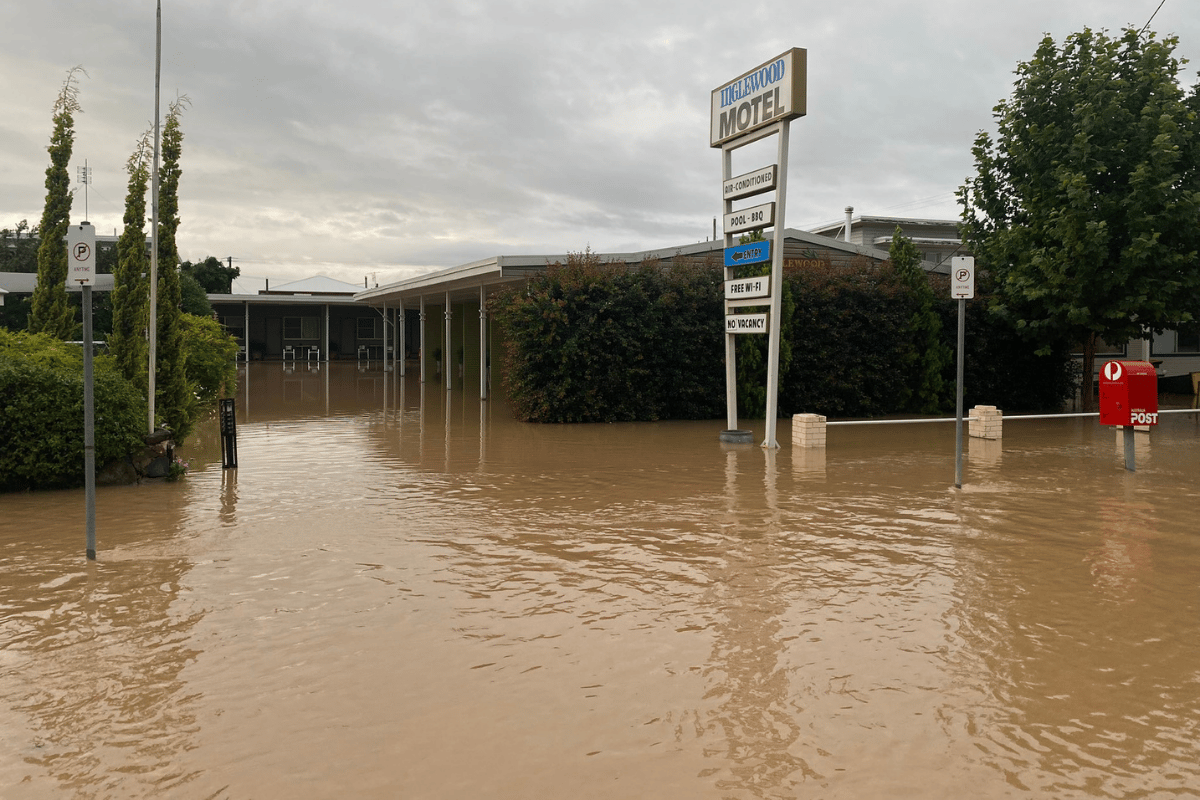 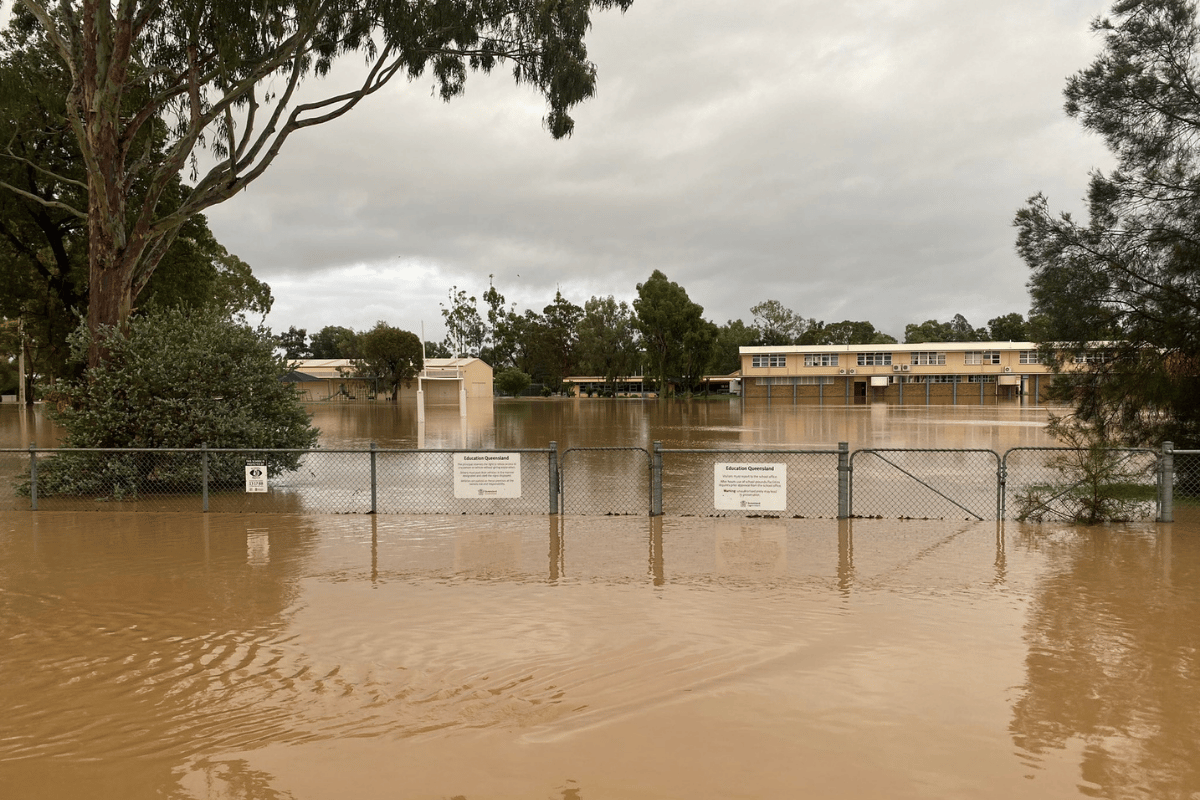 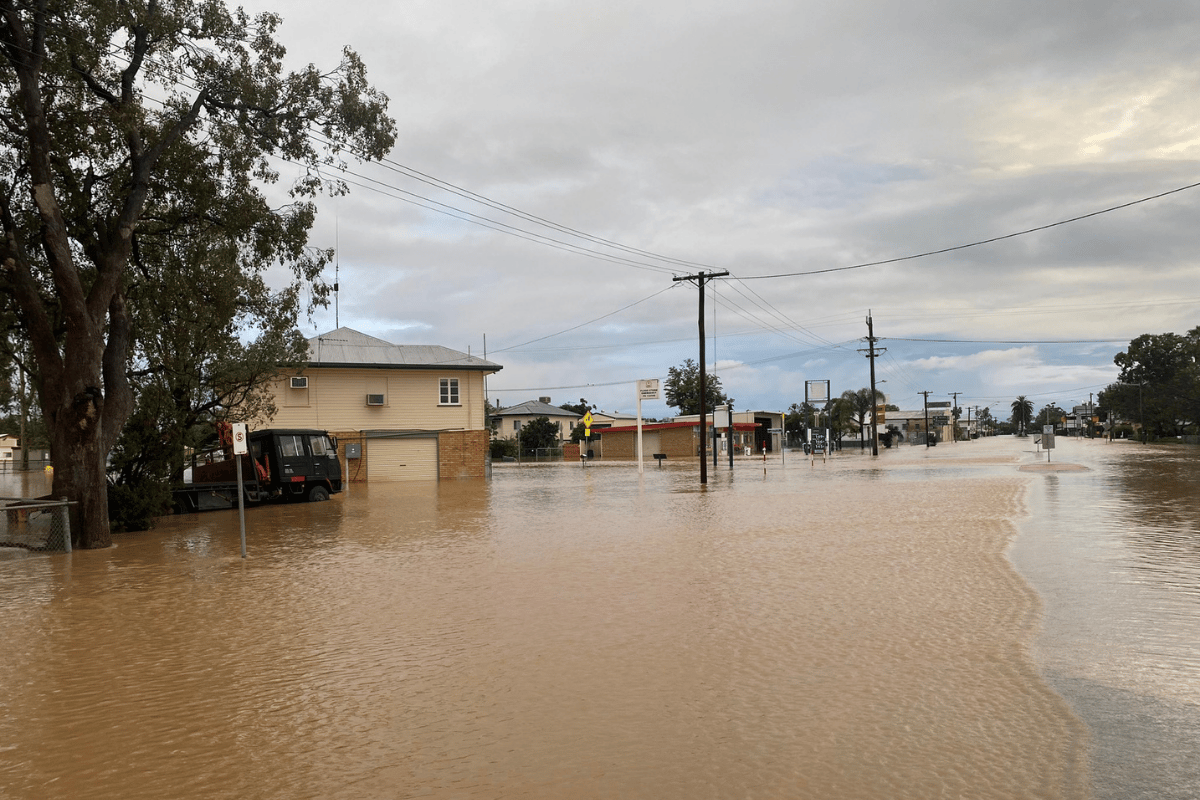 How you can help.

If you would like to donate to those in need who have been severely affected by flooding and storms, visit GIVIT. They are currently working with government bodies in response to the recent weather events in Queensland, Victoria and New South Wales. Donation options include financial assistance, food items and goods and services.

For up-to-date information on flood emergencies, including evacuation warnings, visit the SES website relevant to your state or territory.