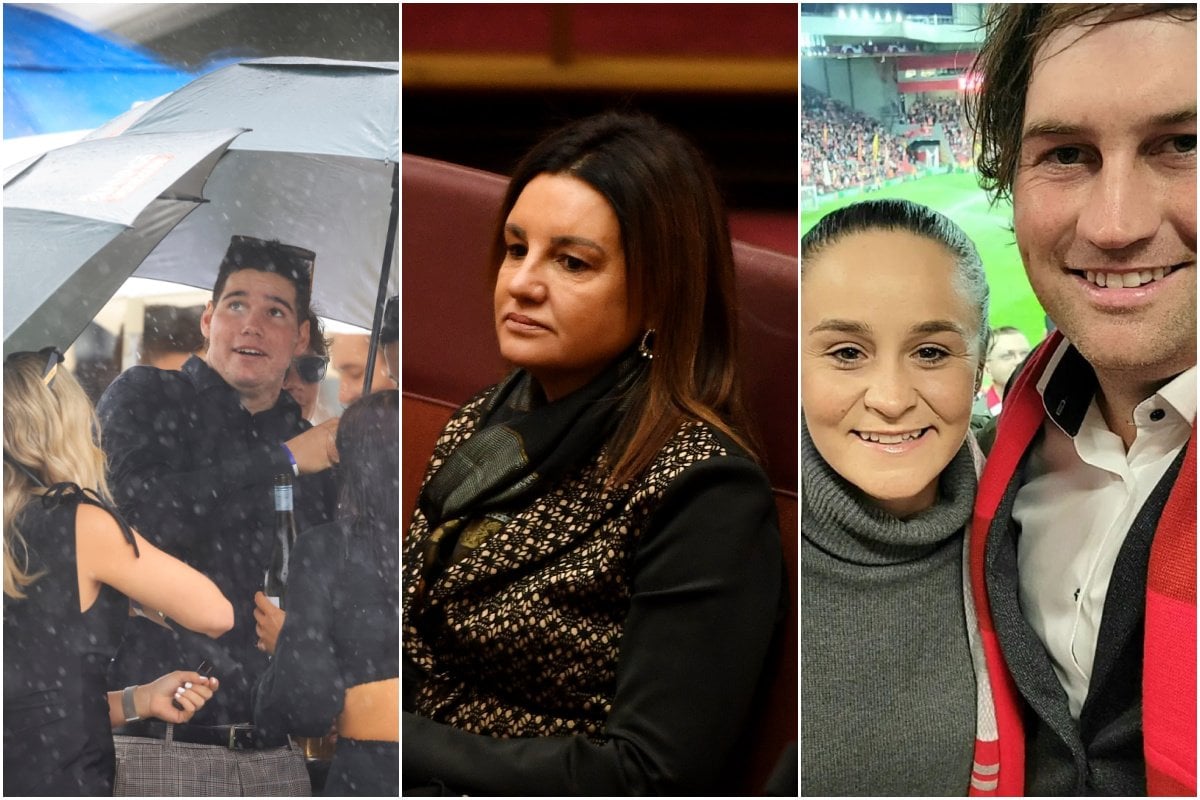 Australian meteorologists have declared a La Niña weather event is now under way, with the country's wettest spring in 10 years to continue into summer.

La Niña is part of a cycle known as the El Niño-southern oscillation, involving a natural shift in ocean temperatures and weather patterns in the Pacific Ocean, bringing high levels of rain, floods and cyclones.

Bureau of Meteorology head of operational climate services Andrew Watkins says the La Niña is expected to persist in eastern, northern and central parts of Australia until at least the end of January 2022.

He says it will bring more rain to river catchments that are already at their capacity.

Australians are being warned to brace for a wet and cool summer after the Bureau of Meteorology officially declared a La Niña weather event 🌧️ pic.twitter.com/Q17xwCLpbG

"We have seen a relatively wet spring, it could be our coolest spring since 1999 and it is looking like the wettest spring since 2011," Dr Watkins told reporters in Melbourne on Tuesday.

"Because of the conditions we've seen over the last couple of months, making the landscape very wet, we are at risk of more widespread flooding than usual."

The areas most likely to be hit by heavy rainfall and flooding during the next three months include Queensland, NSW, Victoria and Tasmania.

La Niña also brings a 65 per cent higher chance that parts of the country will see more tropical cyclones than average.

Eight years after Saxon Mullins says she was raped as an 18-year-old virgin in a Sydney alleyway, laws that would have jailed the man have passed the NSW parliament.

Ms Mullins endured two trials and two appeals, with a judge ultimately finding that while Ms Mullins - in her own mind - had not consented, the man had no reasonable basis for believing she didn't.

Within 24 hours of sharing her story through the ABC's Four Corners program in 2018, Mr Speakman sparked a review of the laws, which lead to the changes passed in parliament on Tuesday.

Under the new laws, people have to say or do something to confirm their partner consents to a sexual activity, otherwise they could be guilty of sexual assault.

Two amendments were added to the bill in the upper house, which include clarifying that cognitive or mental health impairments must be a "substantial" cause for failing to seek consent, as well as writing into law the terms and timelines for a review.

Read more about the law and how it came about here.

A lawyer for the Laundrie family has confirmed Brian, the sole suspect in the death of his fiance Gabby Petito, died by suicide.

The 23-year-old's remains were found at the 25,000-acre Carlton Reserve near his parents’ home on October 21, two months after he returned to Florida without her.

An autopsy shows Brian Laundrie died by suicide, an attorney for the Laundrie family says. He was found dead after going missing in the Gabby Petito homicide case. https://t.co/Nvhlqy378f

The couple had been travelling in a van across America documenting their travels for social media.

Gabby's body was found in a Wyoming campground on September 19, her death later ruled a homicide.

As police searched for her body, Brian also went missing, and a manhunt for him began. Initial autopsy results on his remains were inconclusive.

"Chris and Roberta Laundrie have been informed that the cause of death... the manner of death was suicide," lawyer Steve Bertolino told the New York Post overnight.

IOC accused of being 'complicit' over Peng.

Human Rights Watch has accused the International Olympic Committee of being complicit in China's rights abuses ahead of the 2022 Beijing Winter Games after the IOC president's call with Chinese tennis player Peng Shuai, who supporters say may be under political duress.

China's foreign ministry has urged "certain people" to stop the "malicious hyping" and "politicisation" of the issue.

"Peng Shuai will not return if we stop on our side. At the moment, the stalemate requires people to exercise wisdom, courage, and morality to break it," Chinese activist Lü Pin said. https://t.co/WUTxBm4Emo

A former doubles world No. 1, Peng re-appeared over the weekend in Beijing and held a video call with IOC President Thomas Bach on Sunday. But the Women's Tennis Association and top current and former tennis players have called for reassurance that Peng is safe, and rights groups have labelled efforts by Chinese state media to allay concerns about her well-being as unconvincing.

Independent senator Jacqui Lambie says she has received a number of threats after One Nation senator Malcolm Roberts leaked her private phone number on social media.

Senator Lambie said she will have to change her number to keep her family and friends safe given the ease with which people can find personal information from a phone number.

"I have received many nasty, abusive and threatening phone calls and messages," she told parliament.

#Breaking: Jacqui Lambie has accused One Nation senator Malcolm Roberts of leaking her contact details on social media after she slammed his party's anti-vax mandate bill.

Lambie says she will now have to change her phone number to stop "abusive calls" and death threats. #auspol pic.twitter.com/o4DsXHpkco

"You have the (federal police) briefing politicians about our safety, you have gallows on the steps of Victoria's parliament and senators in this very chamber should not be facilitating any abuse."

Changing her number would affect veterans with poor mental health and who are on their last legs, Senator Lambie said.

"Those veterans know they can call me at any time of the day or night if they need someone to listen to them," she said.

The One Nation senator said he did not condone private numbers being published but did not apologise, instead saying Senator Lambie had previously posted her number on her own social media, urging constituents to contact her.

Earlier this week Lambie ferociously attacked One Nation’s vaccine discrimination bill blasting the suggestion that people who are unvaccinated are discriminated against, saying people have choices, and those choices have consequences.

"You have a choice," she said. "And I support that choice. But you don't get to decide how the rest of Australia responds to that choice."

And in slightly less newsy news, tennis world No.1 Ash Barty has announced her engagement to her partner of four years, professional golfer Garry Kissick.

"Future husband," she wrote on Instagram, "I love you" he wrote on the same photo.

Earlier this week Barty marked the milestone of holding the year-end No1. ranking for the third consecutive time.

- Malcolm X's daughter Malikah Shabazz has died aged 56. She'd been ill for sometime and New York police have confirmed there were no suspicious circumstances.

- The WHO has warned Europe could see an extra 700-thousand COVID deaths by March next year. The continent is currently experiencing another wave of the virus.

- The Taliban have formed a commission to purge "people of bad character" from their ranks to protect Afghanistan's reputation, the group says, as they try to change from an insurgency into a regular government.