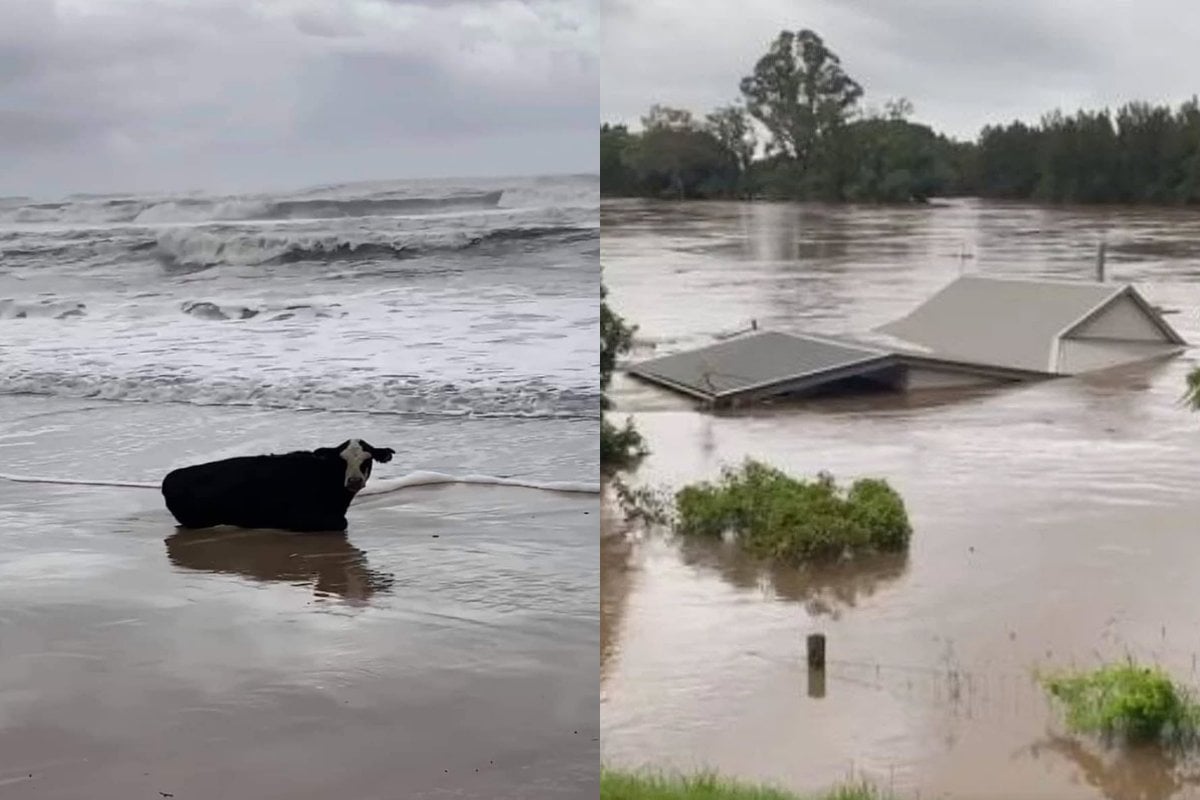 New South Wales is in the midst of a 'one-in-100-year' weather event, according to the MidCoast Council, as relentless rainfall forces residents in flood-hit areas to evacuate from their homes.

The Bureau of Meteorology expects Monday to bring the worst flooding event to the area northwest of Sydney since November 1961, nearly 50 years ago.

Floodwaters are expected to rise to major levels on Monday morning and inundate places such as Windsor, Pitt Town, North Richmond, Freemans Reach and Colo.

The Hawkesbury river is predicted to reach peaks of up to 15 metres and the State Emergency Service says homes and properties will be flooded, some up to roof height.

Flooding along the Hawkesbury and Nepean rivers comes after the Warragamba Dam spilled over, prompting some concern.

Parts of Penrith and other areas along the Nepean were ordered to evacuate on Sunday as NSW battles devastating floods after days of unabated rain.

BOM's Agata Imielska said the severity of rainfall in greater Sydney would ease on Monday but the mid-north coast would continue to be drenched and inland NSW would be pounded by rain.

Parts of Port Macquarie, Taree and nearby towns have also flooded, with the heavy rain expected to keep falling on NSW until Wednesday morning.

The federal government's natural disaster arrangements have been activated for 18 local government areas across NSW.

NSW's SES says it will work beyond Easter on the post-flood clean up effort.

The photos below show some of the devastating damage caused so far. 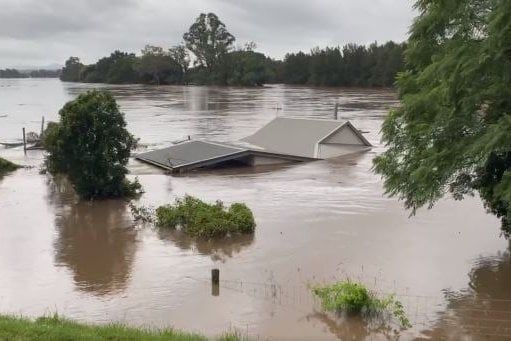 This house was spotted floating down the Manning River at West Taree on Saturday. Image: Mid North Coast NSW SES.

Incredible, but devastating footage of a house floating down the Manning River at Taree.🎥Tanya Cross #NSWfloods pic.twitter.com/KTggPpvlWO 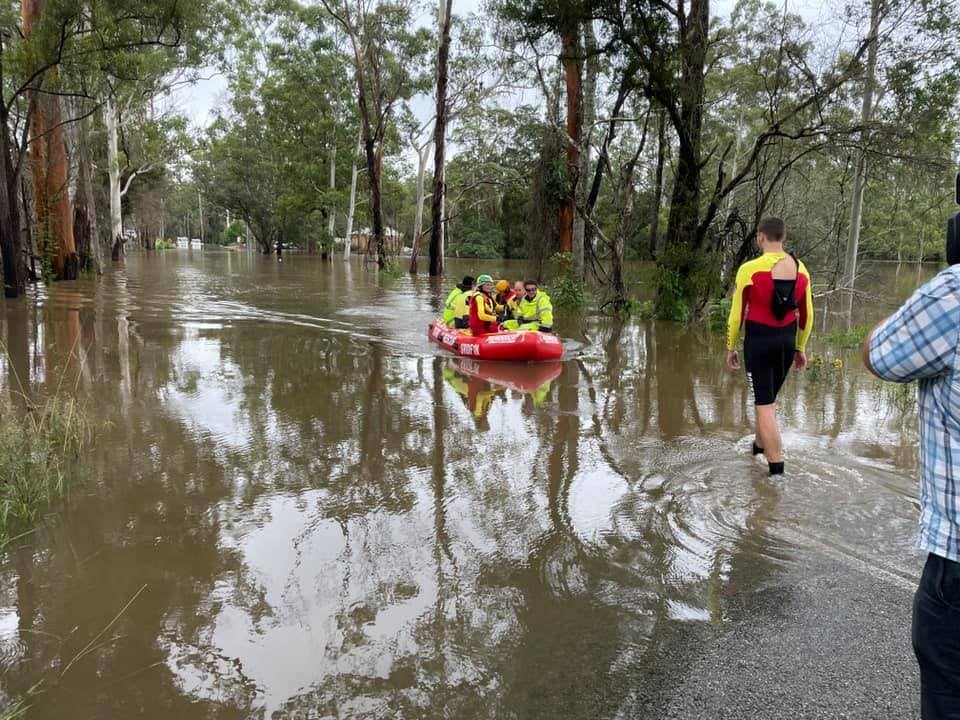 Old Bar locals have rescued a calf from the surf this morning. It’s believed the poor thing washed down the flooded Manning River. Resident Maxine Pertzel sent me this picture and says the calf is now in a nearby paddock and doing well 🐮 #NSWFloods pic.twitter.com/ZqukSVDfF4 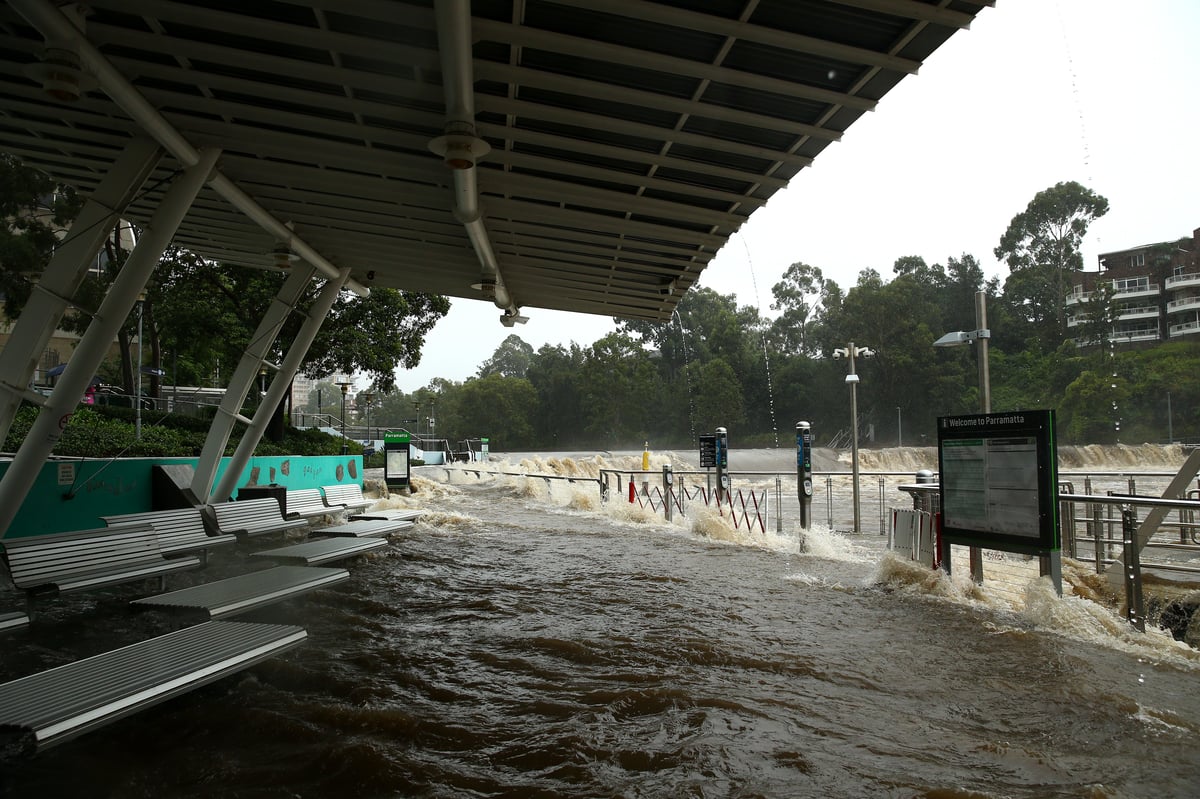 Parramatta ferry wharf overflows and floods due to continuous and heavy rain on March 20, 2021 in Sydney, Australia. Image: Getty.

Morning friends, well my house and property got completely flooded yesterday and we had to evacuate by swimming 400m to the road with my two dogs in 1.2m of water. Have pretty much lost everything except my laptop and phone. Hope everyone else is safe?#floods #midnorthcoast pic.twitter.com/6fOp0qswPA 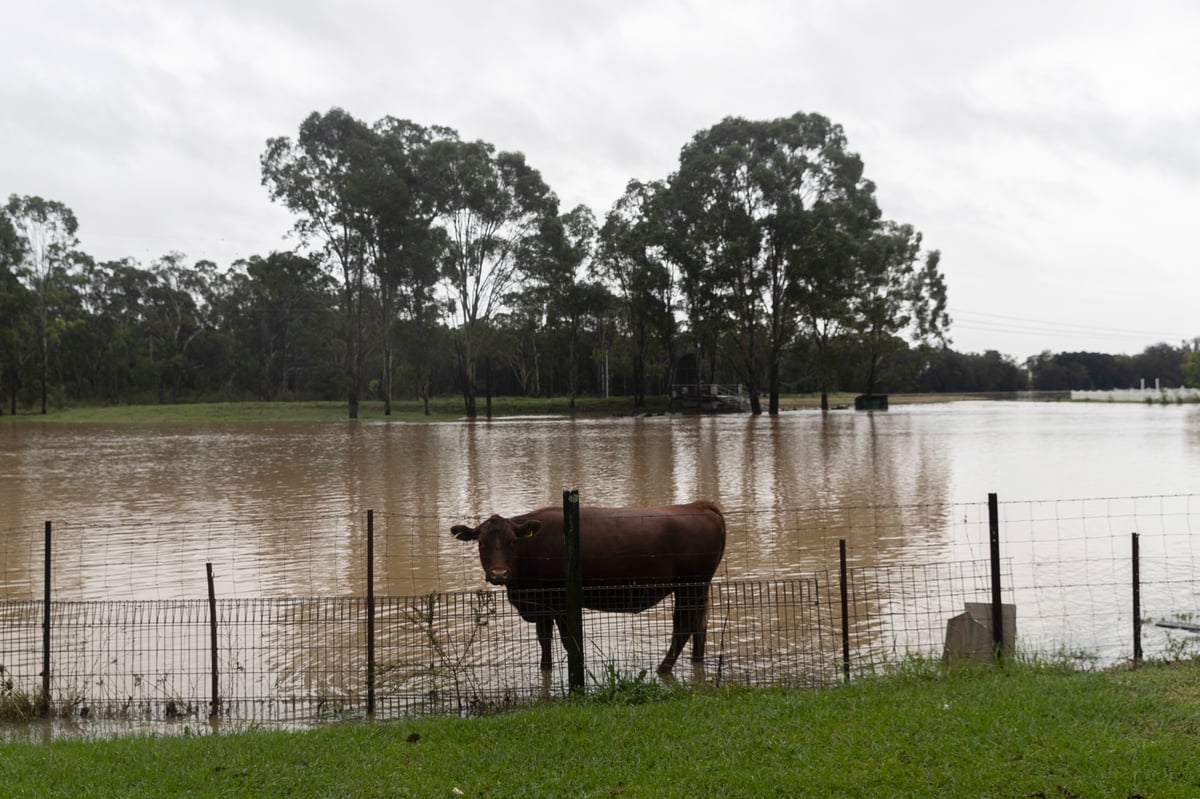 Heavy flooding is seen in the Sydney suburb of Schofields on March 20, 2021. Image: Getty. 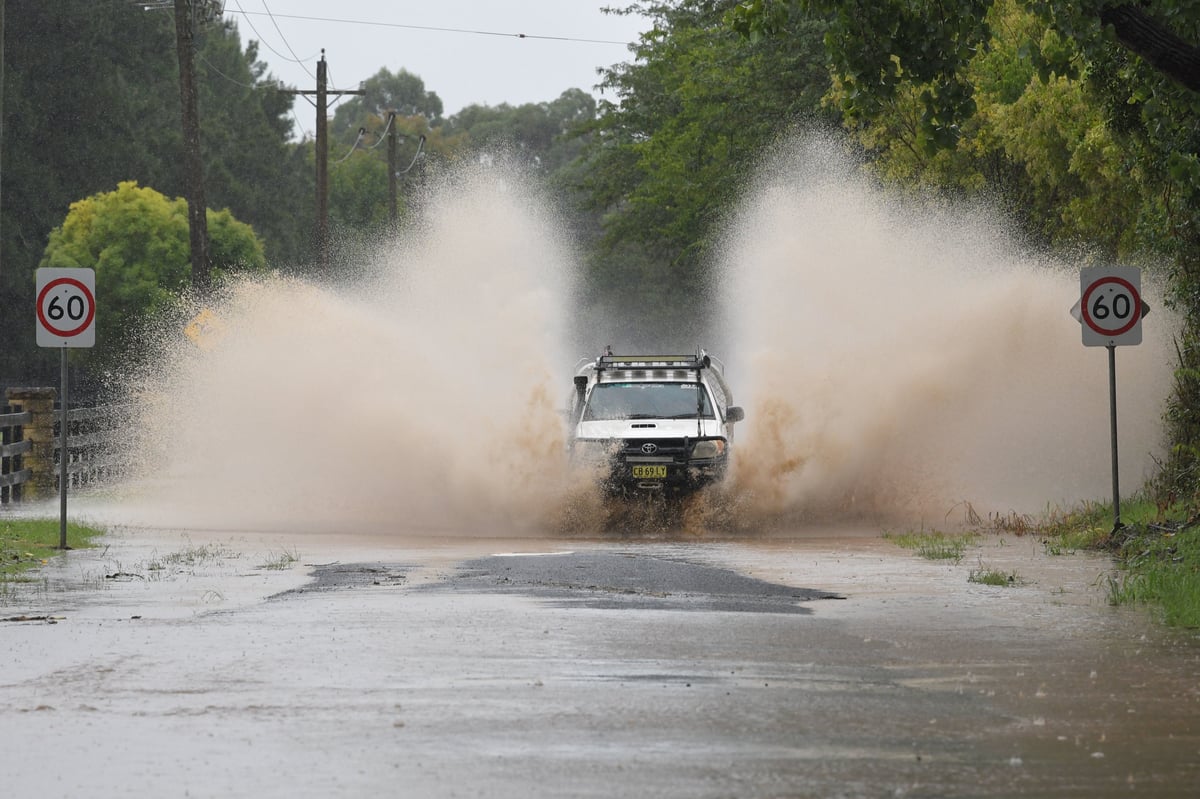 A road closure at Yarramundi Lane in Richmond on Saturday, March 20, 2021. Image: AAP. 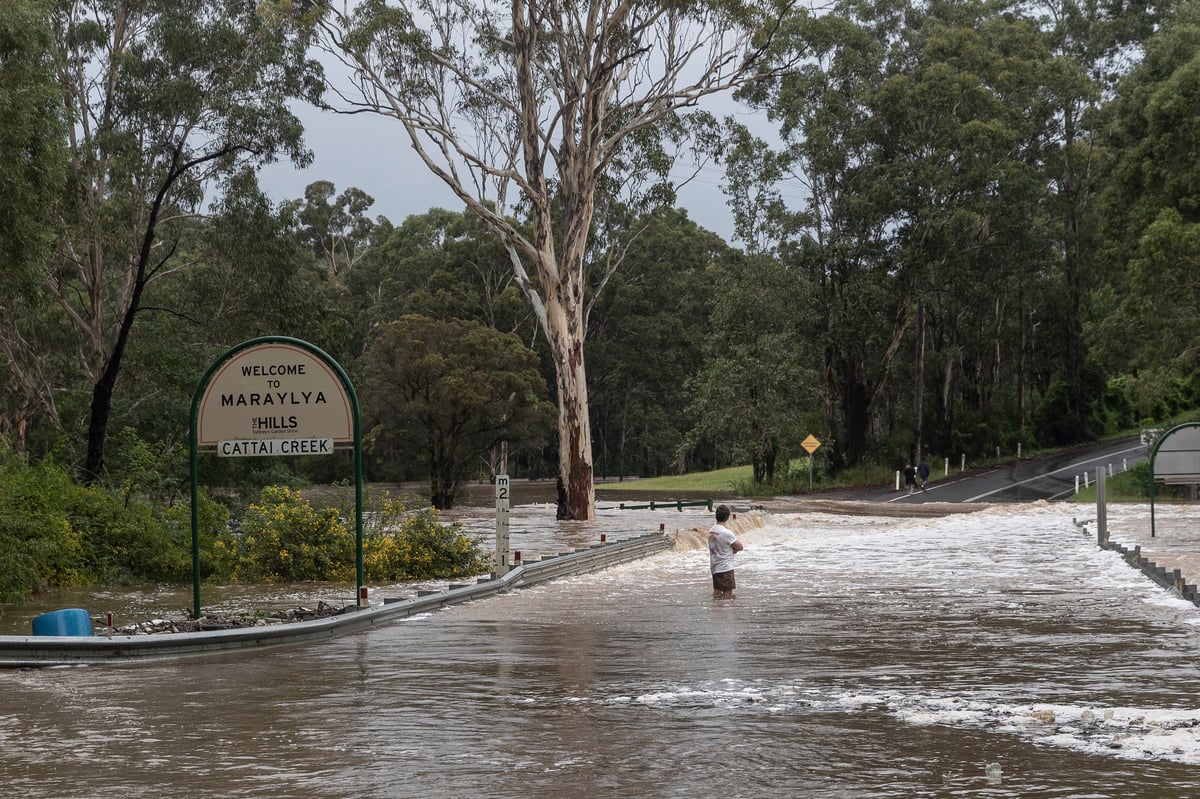 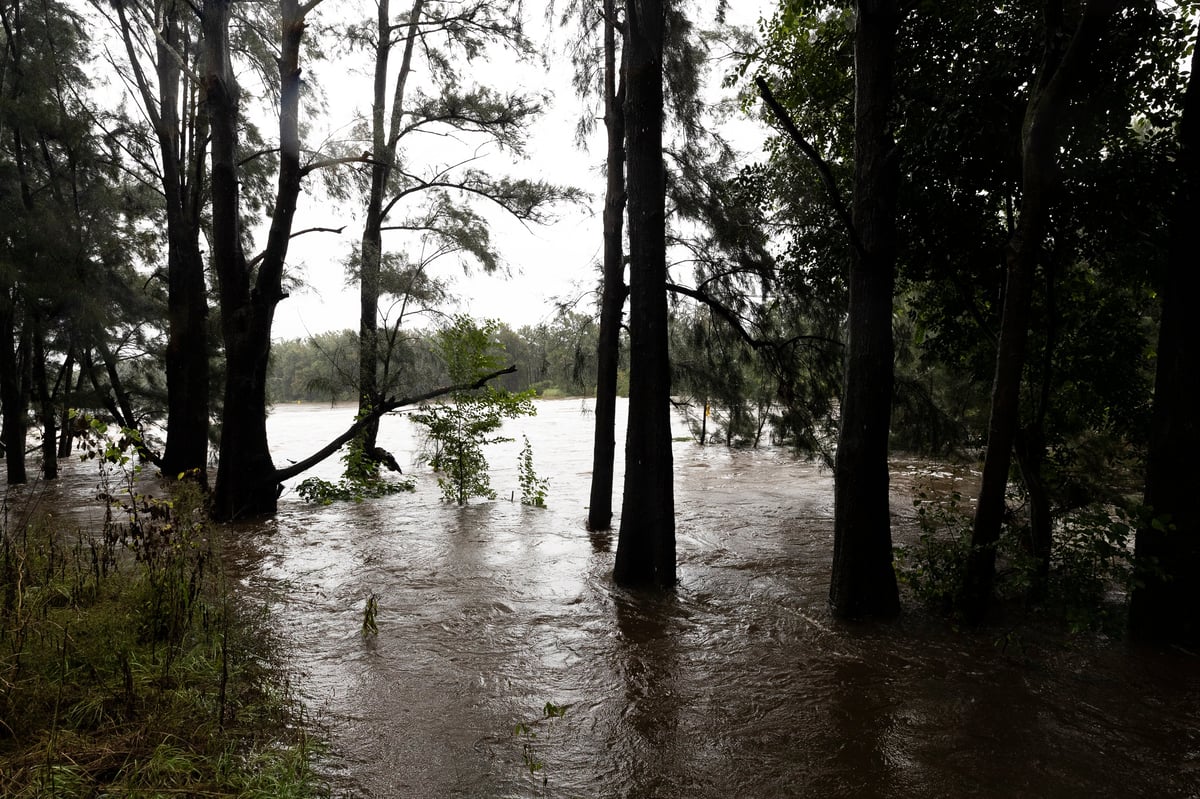 The overflowing Nepean River at the Penrith weir is seen on March 20, 2021. Image: Getty.

Heavy rain is continuing across Sydney with Warragamba Dam nearing capacity and continuing to rise. We are expecting that Warragamba will start to spill some time in the early afternoon today.
Read more: https://t.co/D5YlrsDKwd pic.twitter.com/4GuPzvVcus It’s the pace of the water that blows me away. The Windsor Bridge 😳 pic.twitter.com/RDtuxS8Vyv

Me to Mum & Dad: oh wow, I’ve heard about the dreadful storms and flooding in the mid north of NSW. How’s the river next to your house?

M&D: not too bad. A few things floated past and washed up on our lawn.

This lucky little girl chose the right beach to wash up on. Old Bar Taree Surf life saving club got her safely into a paddock 🙄 pic.twitter.com/qBWc1dBSUq

What would normally be a 100km/h road into Kempsey CBD. @9NewsSyd pic.twitter.com/Q2xcjskXzw 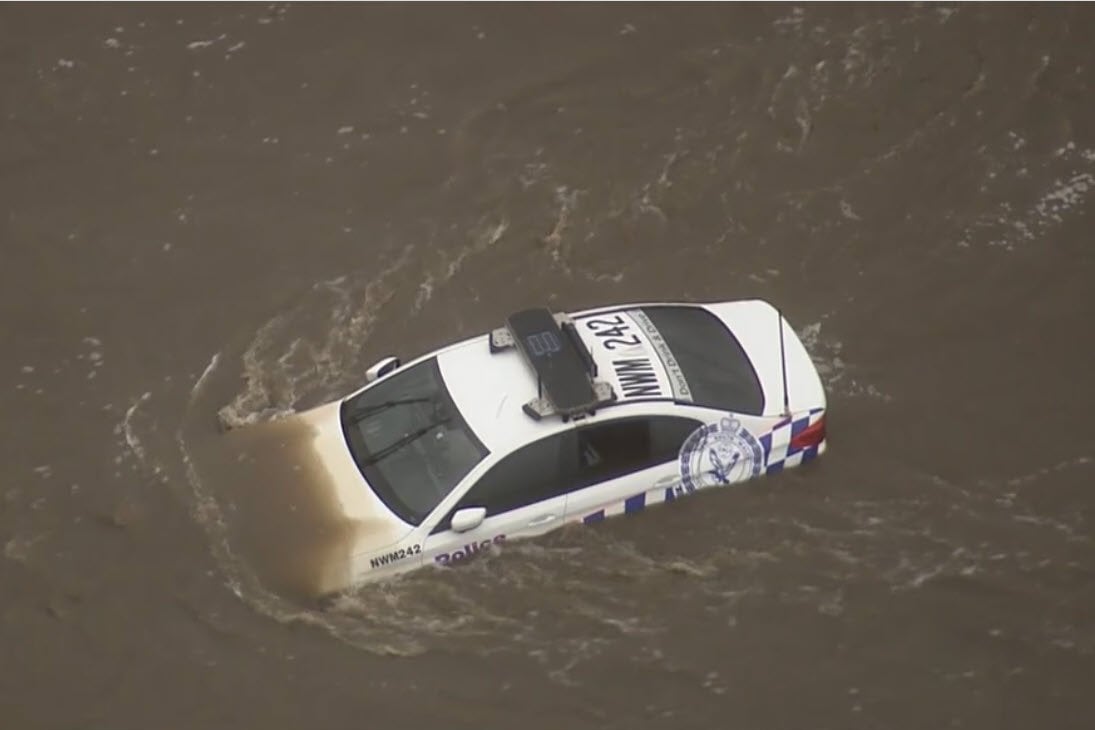 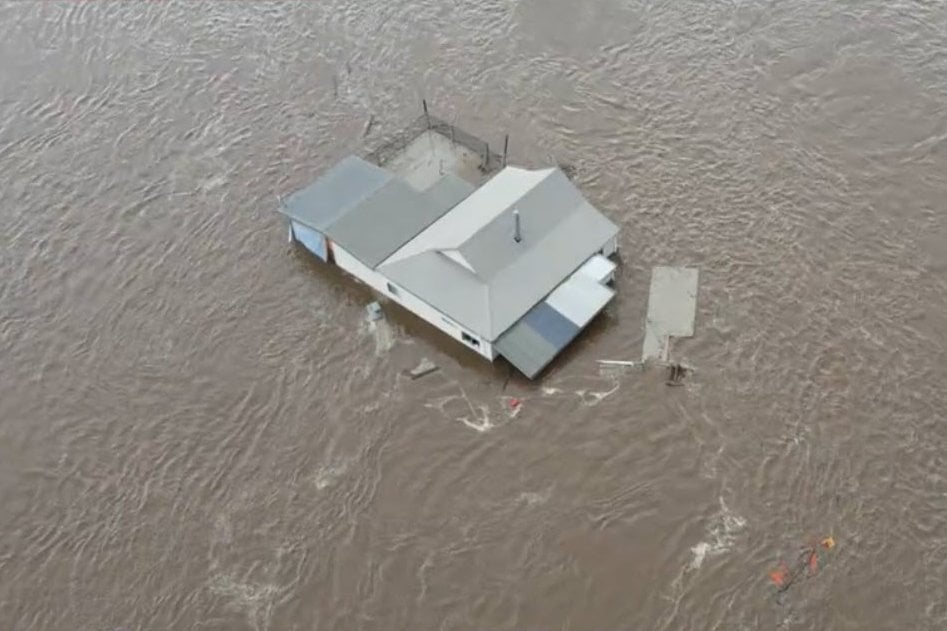