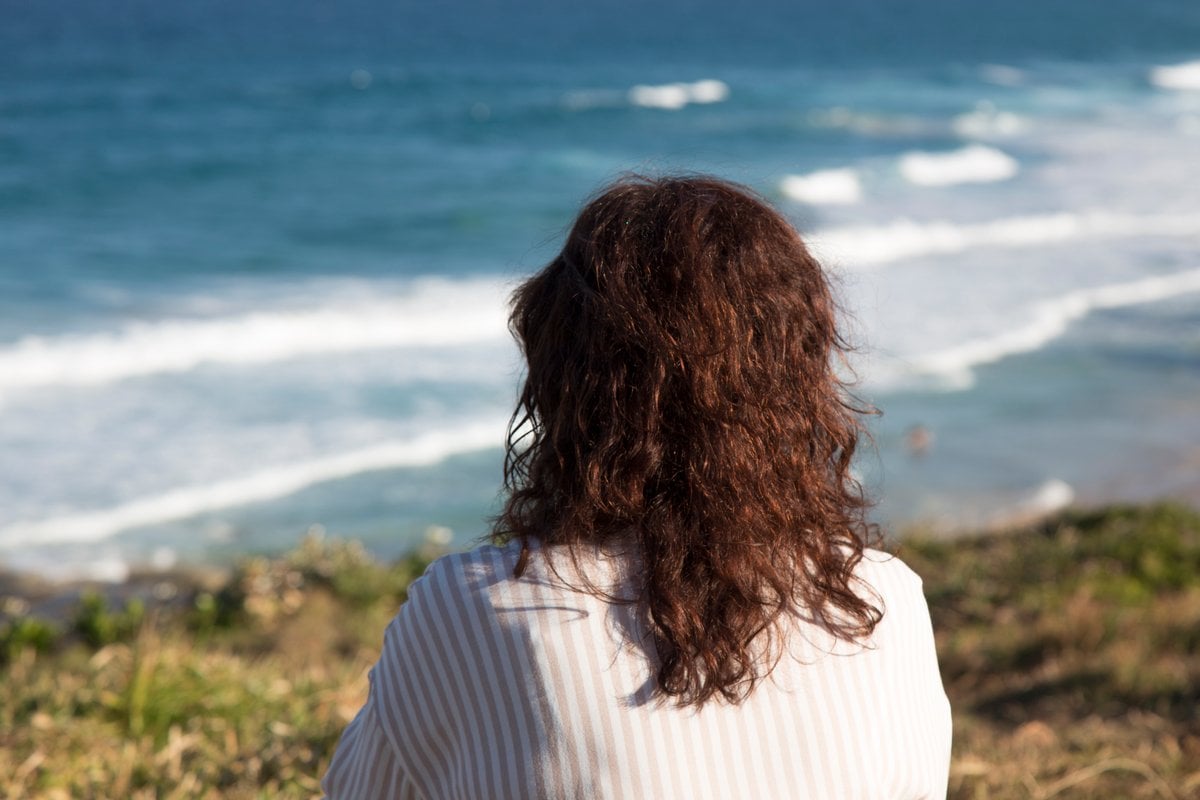 This post discusses sexual consent and parts of it may be triggering for some readers.

Last week we saw affirmative consent laws pass in NSW Parliament, the new law outlines that now legally a person must give 'affirmative' consent when partaking in sexual activity with a partner.

Basically, it is no longer reasonable to just assume a person is consenting, at least in the eyes of the law.

When I saw this news flash up on my phone I cried, partly from tears of joy and partly from relief, after all I became sexually active when consent laws were murky and so many of my sexual experiences reflect this murkiness.

Ultimately, the passing of this law made me think of all the times, I didn’t say no but my silence was taken as yes.

For as long as I can remember consent with men has always felt like a negotiation, a never-ending push and pull. Men weren’t looking for enthusiasm they were looking for weakness, and I grew up thinking this was normal.

Partly this felt normal because of pop culture reinforcing these norms. After all, I loved Jess from Gilmore Girls even after he continually kept pressuring Rory into sex, and partly because it was normal. All my friends were grappling with the same thing - men wanting more from us than we wanted to give.

I grew up with my friends and I sharing stories of men behaving poorly sexually, from men demanding sexual acts, to men calling us boring if we didn’t agree.

The overarching conversation at the time was if we didn’t please men we’d be punished in some way, or we’d somehow be seen as lesser.

We took refuge in each other but none of us really knew we deserved better and there certainly weren’t laws that made us know we did deserve better.

After all, I’ve kissed guys because they’ve called me some version of the word 'tease.'

My exploration of my sexuality was always dominated by what men wanted from me and honestly, looking back, I don’t think they cared about getting a 'yes' from me, they just knew how to avoid a 'no.'

It was all about making me feel like I was on the back foot, putting me in a position where I was desperate to win them over and creating a situation where it became less about consent and more about making up.

I felt I was constantly put in the position of men being 'mad' or 'disappointed' if I ever said no. So you stop saying no, or at least I did.

I also always understood I was walking a delicate tightrope.

I was desperate to not be labelled frigid or a slut. I wanted to be considered fun but still have my dignity and I learned to strike that balance. I needed to be willing but never dominate - not exactly a recipe for a healthy relationship with consent, sex or men.

Which brings me to my first long-term relationship. I was young, inexperienced, and eager to please and he was slightly older and excellent at making me feel guilty.

When I look back on my sexual relationship with him now, I can see clearly that it was wrong and cruel and completely lacking in affirmative consent but at the time it all felt incredibly normal.

At first our sex life was very much conventional and fun, we were young and in love and everything felt exciting. You know, that stage where you just constantly want to touch the other person? But it pretty quickly fell apart.

He was the kind of guy that if he accidentally 'hurt' me during sex - which happened frequently, usually because my pleasure was never a priority - he didn’t really care.

I’d ask him to stop, and he would and then he’d beg me to let him finish and at any cost.

When I say hurt, I mean things like entering me too quickly and causing pain, going too hard, pushing into areas that are sensitive without any warm up, and just a general disregard for my body.

Looking back now, I realise how abnormal it is to get 'hurt' during sex but at the time this was my normal.

Once I was crying from pain and he lay beside me complaining loudly that he just really needed to 'finish' and so eventually when my crying stopped the sex continued.

I don’t think I said yes; I know I didn’t say no, but looking back now it just makes me feel ill. How could another person treat someone like that?

And that really set the tone for our sex life.

It became clear that when he wanted to have sex, we would have sex and what I wanted was never considered.

This was particularly heightened when he was drunk, and if I did reject him, he would sulk, complain, beg and eventually it just became easier to have sex then have an argument.

It’s taken me a long time to realise how wrong his behaviour was, I didn’t even breakup with him over it.

It’s taken having a healthy relationship to really bring to the forefront how poorly he treated me and how our sex life was not positive, mutually complicit and enjoyable but one where he was in control of our sexual agenda.

I’m not saying that affirmative sex laws are going to suddenly change men’s behaviour and I don’t necessarily believe that if these laws were in place sooner, the bad sexual experiences I had with men wouldn’t have happened.

I don’t even really believe my ex boyfriend would have behaved better, though it would be nice to think that might have been possible.

But I do think this: if I knew growing up about affirmative sex laws, I might have had a greater understanding of what was and wasn’t acceptable.

Consent has always been considered a nuance.

A push and pull between men and women in a situation that men can ultimately push harder, and women must ultimately submit.

I might have felt more empowered and more comfortable to say no if the lines surrounding consent were not as blurred.

Our society is changing and attitudes regarding sexual misconduct and assaults on women are changing.

Women are beginning to be taken seriously when they are made to feel uncomfortable, or lesser, or forced into sexual situations they do not want. Finally, the law has begun to catch up to the needs of women.

Laws create our norms and now that affirmative consent is a law it will impact our culture and women no longer need to question themselves regarding their sexual rights.

We are not being 'sensitive' or 'frigid' or 'humourless' - we are just prepared to say no to sexual activity we do not want. And men have to listen. Because now, the law is on our side.

Reply
Upvote
.
Sex ed in schools should be teaching consent and pleasure etc..
I think casual sex also has a lot to answer for this -one night stands and the like -each person is there to get what they want -there is no emotion or caring involved, so why would they put the other person first.
Yes, many men can and should do better, but on the other side, women need to stand up and speak up.
J
jeoh 21 days ago

Reply
Upvote
When we as females don’t speak up and don’t say what we want, how will men know?
obviously I am not talking about rape or assault here.
I wonder what would have happened had she said NoI am in pain to her then boyfriend. Yes he might have carried in verbally but would he have learnt something?
We teach people how to treat us. If we let them get away with treating us less than equal, we must own some of the blame.
News
General
Opinion
True Crime
Politics
Sport
Explainer
Entertainment
Celebrity
Reality TV
Movies
TV
Books
Rogue
Royal
Lifestyle
Beauty
Fashion
Weddings
Home
Wellness
Health
Fitness
Travel
Food
Parents
Before The Bump
Pregnancy
Baby
Kids
Teens
School
Parent Opinion
Work & Money
Money
Finance
Career
Lady Startup
Relationships
Sex
Dating
Separation
Friendship
Family
Real Life
Couples