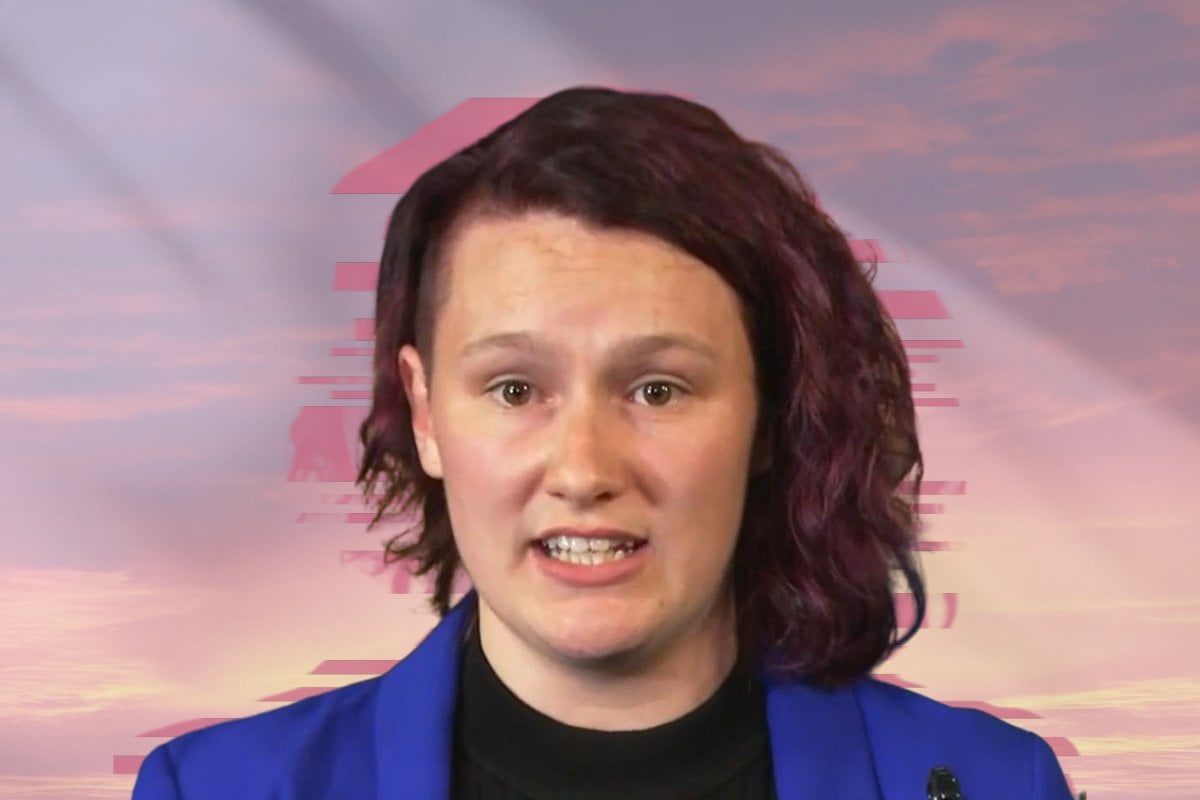 Four years ago, Saxon Mullins walked out of a courtroom feeling "lost, alone and powerless".

After two trials and two appeals, a judge dismissed the case for a third trial against the man she says raped her in a Kings Cross alleyway.

Mullins became the face of a national push to strengthen sexual consent laws, after telling the ABC in 2018 she was sexually assaulted as an 18-year-old behind a nightclub in 2013 by a man she'd met minutes earlier.

While the case ended, Mullins was left to live with the weight of it all; the trauma of that night, the court process and the lonely aftermath.

As she told journalist Louise Milligan, "There are no other avenues. Everyone's done. Everyone goes home and then it's just me and I'm still here and I'm still doing it, even though it's not happening anymore. I'm still living it."

Within 24 hours of Ms Mullins' interview airing in 2018, Attorney-General Mark Speakman referred the laws to the NSW Law Reform Commission for a review.

Now, NSW will lead the country with a radical overhaul of sexual consent laws that will make it easier to successfully prosecute offenders.

Under current NSW law, sexual assault is committed if the person knows the other person is not consenting, if they are "reckless as to whether" they consent, or there are no reasonable grounds for believing there was consent.

The reforms announced by Speakman on Tuesday mean accused rapists would only be able to prove sex was consensual if they took active steps to obtain consent.

"It's a matter of common human decency. It's about time the law caught up," he said.

The reforms went further than those recommended in the Law Commission review's 270-page report into delivered last September.

Under the new legislation, which is hoped to be in place by the end of the year, the accused will have to have done something or said something reasonable in the circumstances to ascertain consent.

It will simplify and clarify current laws in several ways, Speakman explained.

"Consent is something that is given voluntarily by agreement ... it can be withdrawn ... consent to one sexual activity is not consent to any other sexual activity. Self intoxication of the accused is not an excuse for failing to form a reasonable belief," he said.

The development will bring a major shake-up to laws which currently allow defendants to argue there were reasonable grounds to believe they had consent - even if the alleged victim did not actually consent.

Speaking to the ABC, Mullins said affirmative consent education needed to be given holistically and in an age-appropriate way throughout our entire lives.

And in reality, it was much less daunting to action than many people envision.

"I think it's a lot easier than sometimes we make it out to be," Mullins said.

"It's just an ongoing conversation between two people. If you want to have sex with somebody, you just say 'hey, would you like to have sex?' 'Hey, is it alright if I do this?'

"If you're making out with somebody you say, 'is it alright if I touch you here?' 'Does that feel good?' It's that ongoing conversation."

Rape and Sexual Assault Research and Advocacy's executive director Rachael Burgin said the change would shift focus away from the actions of the victim-survivor and onto those of the accused.

"No longer will perpetrators be able to rely on rape myths and stereotypes to argue that the unrelated actions of the victim-survivor 'implied' that they were consenting," Mr Burgin said.

"People who act without doing or saying something to make sure they have consent will be culpable."

At 5pm on Monday, Mullins got the phone call from Speakman she'd spent more than two years fighting for.

Less than 24 hours later, Mullins stood alongside Speakman as he announced the change, celebrating years of advocacy work, to close what she described as a "massive loophole" in the law.

She said the reforms would absolutely change the outcome of her case.

"In 2017 I walked out of court feeling lost, alone and powerless. Four years of my life culminating in one word; 'dismissed'.

"I didn't consent. The court acknowledged that I wasn't consenting, and yet somehow that wasn't enough."

Read more: What Saxon Mullins taught Australians about the cost of being a witness.

Mullins is now director of advocacy at Rape and Sexual Assault Research and Advocacy. The group's stance is that anything short of an affirmative requirement would be out of step with community expectations and put women at risk.

"I know there's so much more to do in this space, but this is a huge win for survivors, and I'm so grateful for all the survivors and academics who’ve paved the way for this to happen," she said.

Mullins said she was proud her case had been the catalyst for change.

"I can never go back and change the outcome of my case, but we have changed how some stories will end." 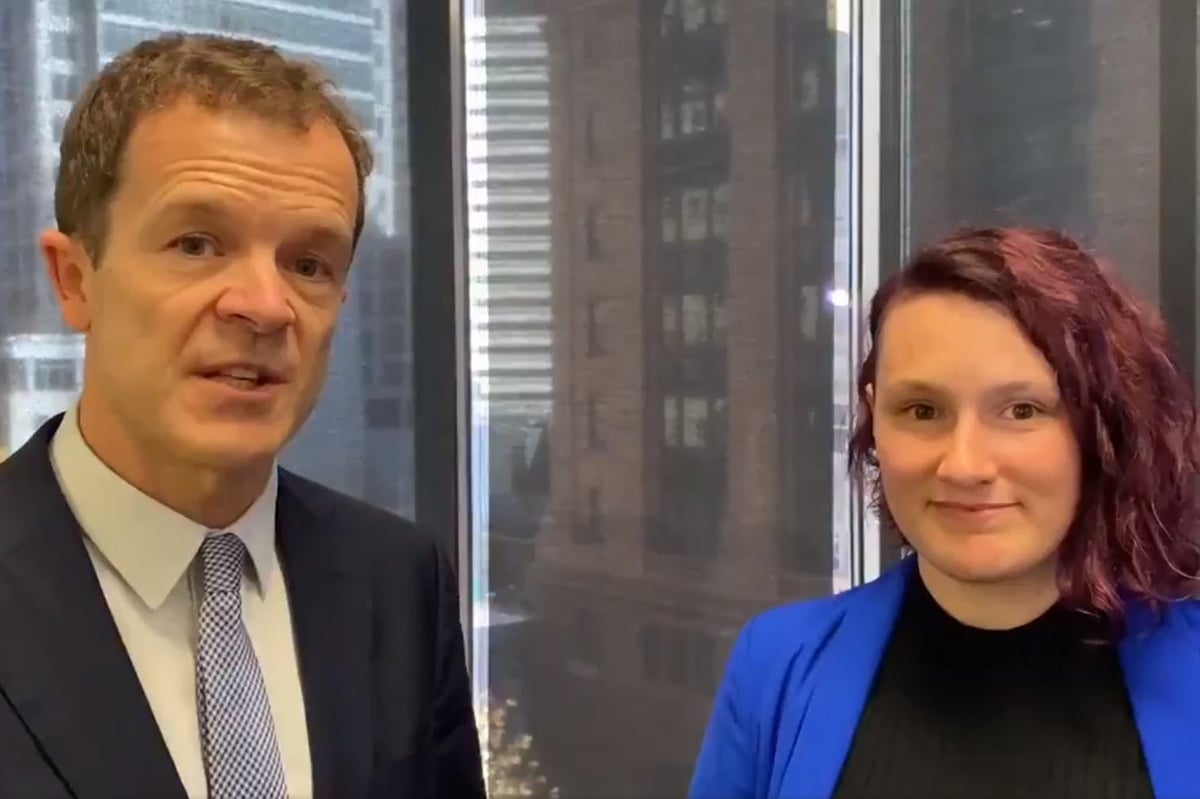 Shine Lawyers and an array of domestic violence services and advocates in NSW also say it is a win.

Both NSW Police Commissioner Michael Fuller and Speakman are confident the reform will lead to wider behavioural change in society.

"My determination is to make sure that a case like [Mullin's] never arises again," Speakman said.

The law reform commission found that sexual offences are under-reported, under-charged, under-prosecuted and result in a lower proportion of convictions than other offences.

Mullins told the ABC she did think the law reforms could impact this, but it was not a one-stop solution.

"I think it does have an impact on whether people choose to go through, but I think there is a huge amount of other factors."

Consent laws in the rest of Australia.

NSW's reforms take the lead from Tasmania, which has required a positive indication of consent for nearly two decades.

Victoria also has strong consent laws. In the state, consent must be freely agreed and positively communicated, can be revoked during the act and cannot be applied if a person is asleep, intoxicated or coerced.

Mullins told the ABC she hoped other states and territories would look to NSW as a guide and enact their own reforms.

⚖️#Consent law reform in NSW will be based on respect and common sense.
⚖️The presumption of innocence will remain and the onus of proof will remain on the prosecution. https://t.co/qA9SXFBYvf

In the state, consent will no longer be assumed if a person does not verbally reject a sexual act and consent can be withdrawn by words or action once the sexual act has begun.

An affirmative consent proposal from Greens MP Amy McMahon, supported by advocates, was voted down by both the government and the opposition.

In Western Australia, a 'mistake of fact' defence is still possible, meaning those accused of rape can argue they had a reasonable belief of consent.

South Australia and the Northern Territory's laws both define consent as a "free and voluntary agreement".

The ACT government is currently reviewing its laws. It was previously found it was the only state or territory without a statutory definition of consent.

Reply
Upvote
1 upvotes
Bravo to Saxon! She has made a difference and I hope it helps her heal from the trauma she has endured. The legal system let her down badly. Now we need to see these reforms work.
B
beachhouse84 8 months ago