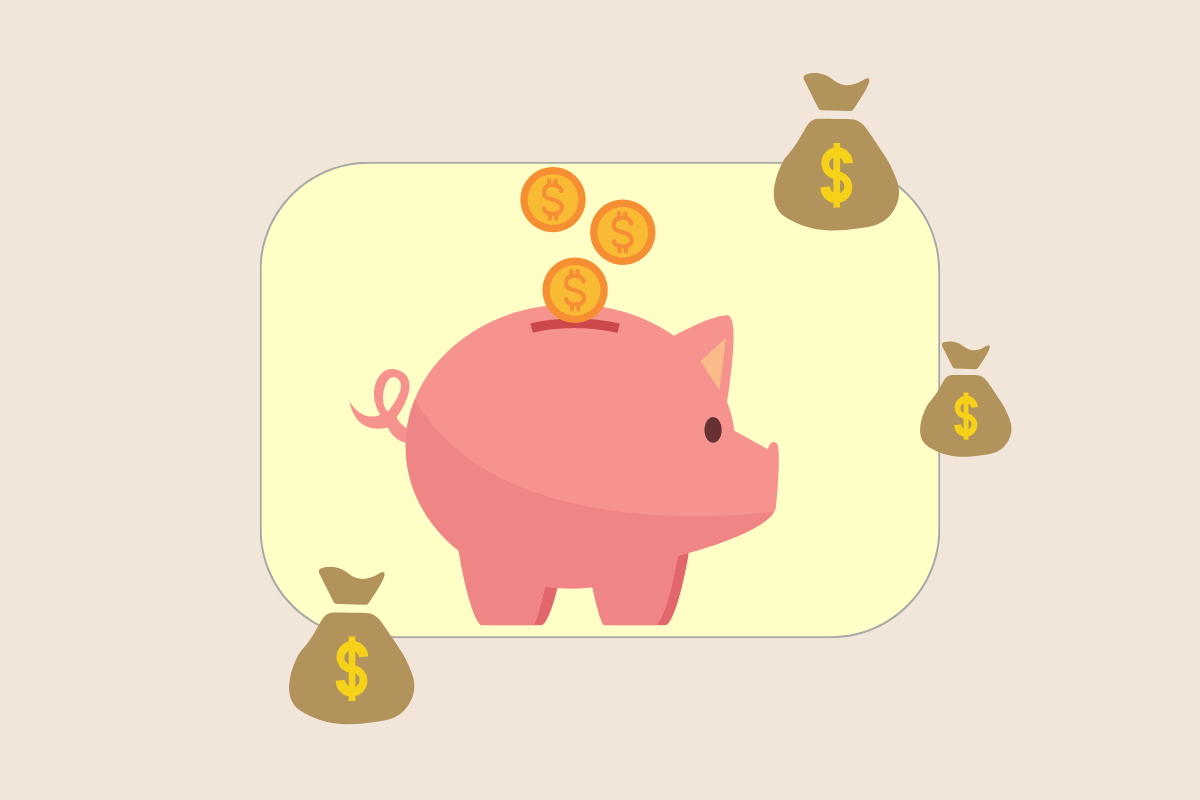 When it comes to money, I believe that knowledge is power, and ignorance is most definitely not bliss. But it’s a lesson I’ve learned the hard way – as a money expert I’ve made some pretty big financial mistakes.

To be fair to past me, most of them were before I knew what I know now about money. But therein lies the problem – younger people with little financial knowledge have the capacity to make some very big mistakes, which have the potential to echo through their entire lives.

Watch: The 4 money hacks that don't cut out your daily cup of coffee. Post continues after video.

1. I failed to pay attention to my super when it mattered most.

Thanks to the power of compound interest, the money in your super account in your 20s and 30s has the potential to grow the most. So, making additional super contributions at this stage of life is really important – something that’s especially true if you think that having kids could be in your future plans. Unfortunately, I didn’t do this.

In my early 20s, I had multiple super accounts from teenage jobs and was paying fees on them all. After finally consolidating my super into one account I moved overseas for five years, where no employer was obligated to set aside money for my retirement – and I didn’t either. Next, I had kids and took a career break, and my super continued to accumulate cobwebs.

When I eventually returned to work, it was as a freelancer, so again I had no employer making super contributions for me, and I didn’t make any either.

It wasn’t until I was closing in on 40 and was writing articles to educate other people about their finances that I took a close look at my super – and panicked. Since then, I’ve been doing my best to boost it at every opportunity, but, to be honest, it’s not looking quite as healthy as it should for my age.

2. I failed to consider the financial trade-offs of having kids.

I’m an all-in kind of gal, so when my first child was born in 2007, I was besotted. My previously ambitious, career-minded self flew out the window.

I was lucky enough to have a partner who could support us financially, so I resigned from my job and went all-in as a stay-at-home mum. But what didn’t occur to me was that just because I could afford to quit my job, it didn’t mean I should.

I didn’t think about the long-term financial implications of my decision such as what would happen to my career and earnings capacity if I was out of the workforce for several years? What would happen to my super and ability to enjoy a comfortable retirement? And just because we could survive on one income at that point in time, what impact would doing so have on our finances, long-term?

Eventually the joys of motherhood gave way to the grind, and I faced rejection after rejection in my efforts to get back into the workforce. I eventually wound up freelancing, but priced myself too cheaply and didn’t factor in any of the additional benefits that permanent employees enjoy into my rates, such as holiday pay, sick pay and superannuation. It took me years to claw my way back into the workforce in a meaningful way, and I’m still playing catch up.

3. I failed to plan for the possibility of a relationship breakdown.

We all know that relationships fail, but I never protected myself financially in case it happened to me. Thankfully, it hasn’t, but I’ve witnessed the financial fallout of relationship break downs on enough women in my life to realise that my lack of planning for this possibility has been a major money mistake.

While I made all the financial sacrifices catalogued above after having kids, my husband made none. No career breaks, no part-time work, no gaps in super contributions. It’s a common enough story.

Had we gone our separate ways, his financial position would have been largely unchanged, while I would have been left to face the realities of my decision to prioritise caregiving above my own financial security. Or I would have stayed, locked in by the so-called golden handcuffs that keep women in unhappy relationships simply because they can’t afford to leave.

But possibly my biggest money mistake is that I never set aside any dash cash in case I had to escape an abusive relationship. And given that statistics show it costs the average woman $18,000 to leave, even if I had prioritised building up a run fund, I would never have been able to set aside enough.

Listen to What The Finance, Mamamia's money podcast. Post continues after audio.

How I broke the cycle.

When I look back at these mistakes, the common denominator among them is gender; that being a women magnifies the potential for small money mistakes to turn into extremely costly ones.

In order to stop my daughters making the same mistakes I did, I started telling them everything I know about money (which is quite a lot now, and probably more than they want to hear) from a very young age.

But the rise of a new wave of feminism in Australia in 2021 made me realise I had a responsibility not just to my own girls, but to all the girls out there. Because, as my experience shows, some of the biggest financial mistakes you can make are the ones you make in your 20s and 30s.

The result is Money Queens, my feminist financial guidebook for teenage girls.

In a capitalist society, the gift of financial literacy is one of the most important we can give our children. And in a society where sexism is embedded within capitalism, gifting that knowledge to our girls, in particular, has the potential to break the cycle of gender financial inequality – once and for all.

Michelle Bowes is a finance journalist specialising in women and money and the author of Money Queens, a feminist financial guidebook for teenage girls. You can follow her on Instagram @money.queens.au.