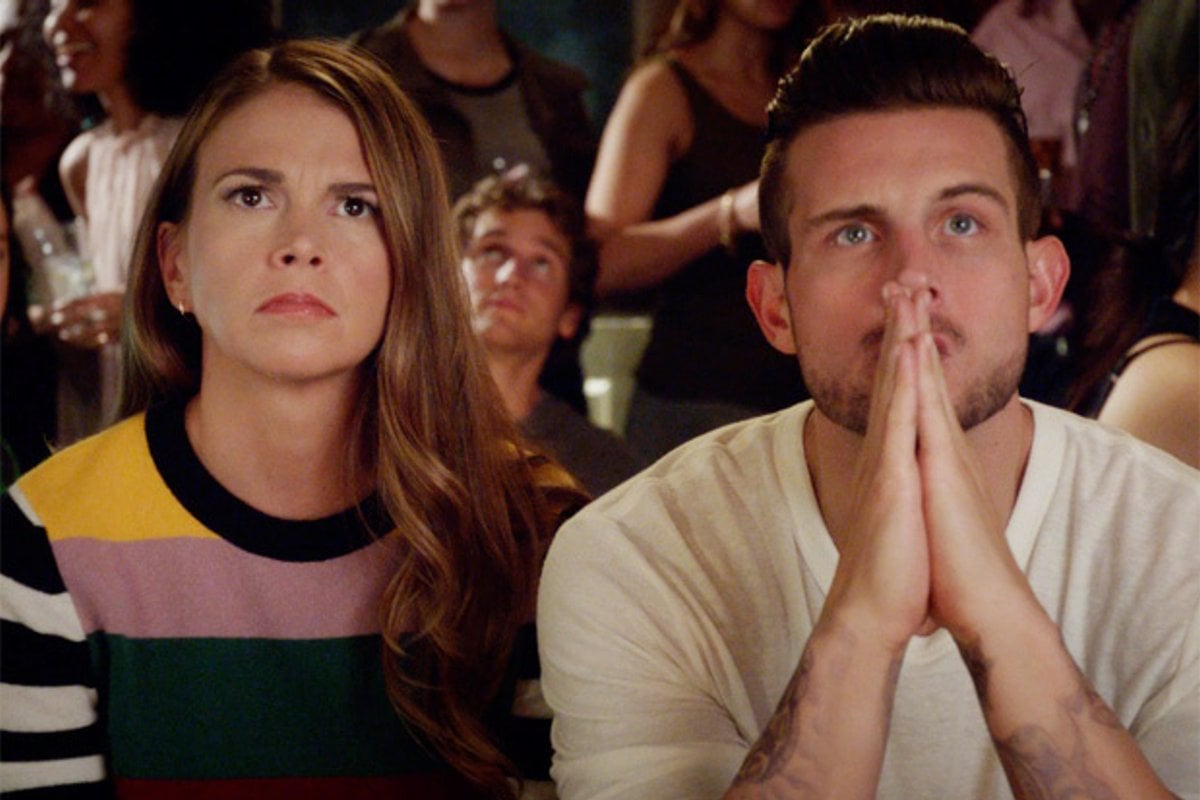 In the pilot episode of Younger, 40-year-old freshly divorced Liza Miller (Sutton Foster) is struggling to find a job in publishing, after taking time out to raise her now college-aged daughter.

Her best friend and roommate Maggie (Debi Mazar) suggests she lies about her age to get her foot in the door.

She does it. It works. And she lands herself a job as an assistant at Empirical Publishing, as well as a new life as a fresh-faced 26-year-old whose world is still full of endless possibilities.

It's a world we've joyfully slipped into for the past six years and a world that has gifted us not only the greatest love triangle of the modern TV era, but possibly the best example of female friendship on TV. And the lols. So many lols.

Now, that's all about to come to an end.

On April 16, the first four episodes of the final season of Younger will premiere exclusively on Stan.

We'll finally find out if Liza chooses Josh or Charles, if Diana Trout lives happily ever after with her beautiful fatberg-eradicating husband, and if Kelsey will continue to kick arse in the New York publishing industry.

WATCH: The trailer the final season of Younger. Post continues below.

But before that happens, we thought we'd take a little trip down Younger memory lane, and remember our favourite moments from the first six seasons of the groundbreaking TV show.

(Just a quick little note - the following trip down memory lane will contain some spoilers for those who haven't watched the first six seasons yet. I recommend bingeing them ASAP on Stan and meeting us back here.)

In the pilot episode, Liza meets Josh (Nico Tortorella) at a local Brooklyn bar in a meet-cute that launched a new, rich fantasy world in the minds of millions of women across the world.

Suddenly a beautiful, tattooed, millennial hipster seemed exactly like the kind of man each and every one of us needed in our lives, regardless of our age, marital status, proximity to Brooklyn etc, etc.

The scene in the bar stirred something inside of us, and launched one of the greatest love triangles of the modern TV era, and we'd like to go back and relive it, again and again, please.

While this is a show about an epic, generation-jumping love triangle, it's also a show about the power of female friendship.

In season one, when Liza gets wrapped up in her new millennial life and her new millennial friends who use the emojis etc, she ends up ditching Maggie, her best friend and roommate and possibly the most fleshed out supporting character on modern TV.

Maggies gets in trouble and loses her spot at the gallery and just when she needs Liza's support, Liza is too wrapped up in her own life to notice.

Once Liza realises that she's been a sh*tty friend, she 'Pretty Womans' Maggie, turning up outside their apartment in a limo, holding flowers.

With the help of Lauren (Molly Kate Bernard) and Kelsey (Hilary Duff), she finds Maggie another gallery space to show her work.

It's a grand gesture of friendship we rarely see on our TV screens.

When Kelsey had imposter syndrome and Liza came to her rescue. 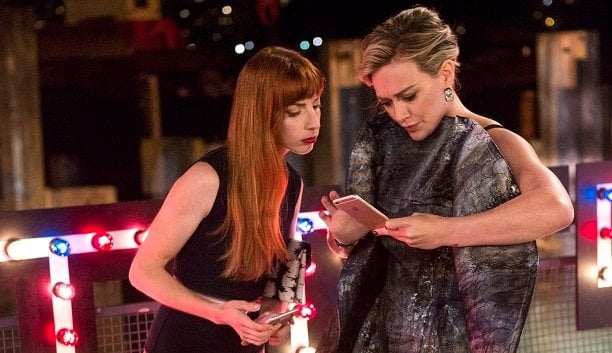 In season two, episode three, Kelsey is made editor-in-chief of her own imprint called Millennial.

Despite the fact she's only 26 and only has a few years of experience behind her, Kelsey approaches her new role and the launch party with all the confidence of a, well, 26-year-old.

She refers to herself as "Oprah in Baltimore" and arrives at the launch party in a dress that can only be described as "alien vagina meets oppressive garbage bag".

When Kelsey has a panic attack on the kitchen floor, Liza cuts her out of the "alien vagina meets oppressive garbage bag", and then feeds Kelsey her speech through an earpiece, while Kelsey confidently addresses the crowd just like, well, Oprah in Baltimore.

When Enzo joined the 'Fatberg Five'.

Liza's boss and reluctant friend and mentor, Diana Trout (Miriam Shor), has had quite the journey over the first six seasons of Younger.

She's learnt to let down her walls and let people in, including Liza and her now-husband Enzo (Chris Tardio).

In season five, episode 12, after Diana and Enzo have been dating for a while, Enzo proudly announces that he has been selected to be part of the 'Fatberg Five'- a crack team of New York plumbers who are going to take on a giant fatberg that has formed in the city's sewers.

Diana, clutching one of her statement necklaces, thinks it's the most hilarious thing she's ever heard.

Then things with the fatberg take a dangerous turn, and Enzo is reported as missing.

Diana runs to the scene and is waiting on the street when Enzo emerges from the sewer victorious, and covered in fatberg-y goodness, and they embrace.

Diana doesn't even gag once, and it's at this point that both Diana and the audience realise that she really loves her fatberg-eradicating, Staten Island plumber boyfriend.

What a character arc.

When Maggie put garlic in her vagina. 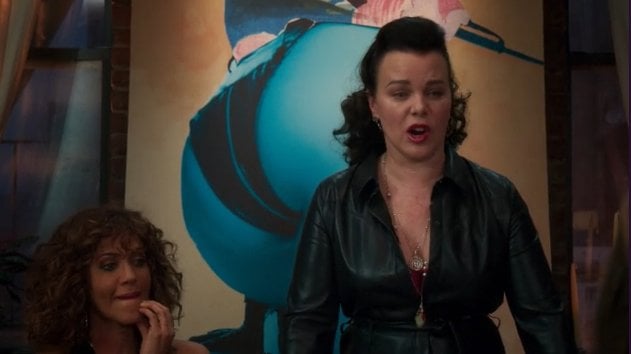 Her girlfriend Beth pops a clove of garlic eh, up there, just before the rest of the gang arrive for dinner.

Throughout dinner everyone at the table swears they can smell garlic bread until Maggie confesses, "It’s me, Beth stuck a whole clove up my pussy".

When Kelsey 'got the money, honey'. 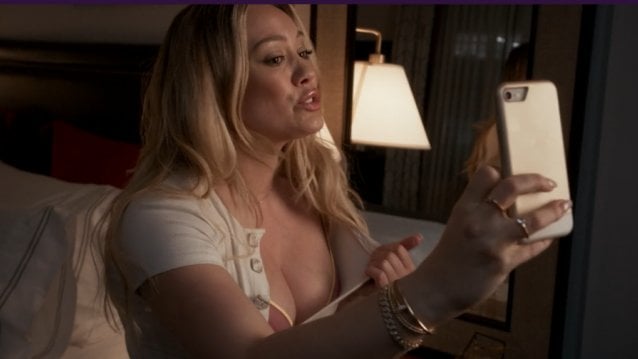 In season six, episode 10, Kelsey and Charles travel to Chicago to pitch to a bunch of potential investors.

They get the money, and a blissfully sloshed Kelsey sends a message to Zane, flashing her boobs and yelling "guess who got the money, honey".

Except... she didn't just send it to Zane, she accidentally posted it to Instagram and by the time she wakes up in the morning, she's a viral meme.

Kelsey is forced to step back as publisher so they can keep the investor's money and her ego is a little more than bruised.

It's a sad back step for Kelsey but what a catchy meme!

When Lauren gets stuck on the ice sculpture.

When Enzo and Diana are getting married, Enzo's uncle decides to make them an ice sculpture of a fish coming out of a toilet.

Because... Diana Trout and... Enzo the plumber.

Lauren sits on the sculpture to take a selfie and her... private parts get stuck. Liza has to free Lauren with some hot coffee.

It was exactly the kind of hilarious distraction when needed from all the Josh/Liza/Charles drama.

When Charles proposed to Liza.

In the last episode of season six, Liza tells Josh she doesn't want him mass-producing the tattoo he designed for her, giving us all hope that there might still be a future for them.

In the final moments of the episode, Charles proposes to Liza just before she's swept up by a group of dancers and is unable to answer him.

It's a bloody brilliant cliffhanger and one that has left us on the edge of our seats for almost two years and through a global pandemic.

The brand new season of Younger will premiere April 16, exclusively on Stan. In the meantime, you can watch the first six seasons of Younger on Stan now.