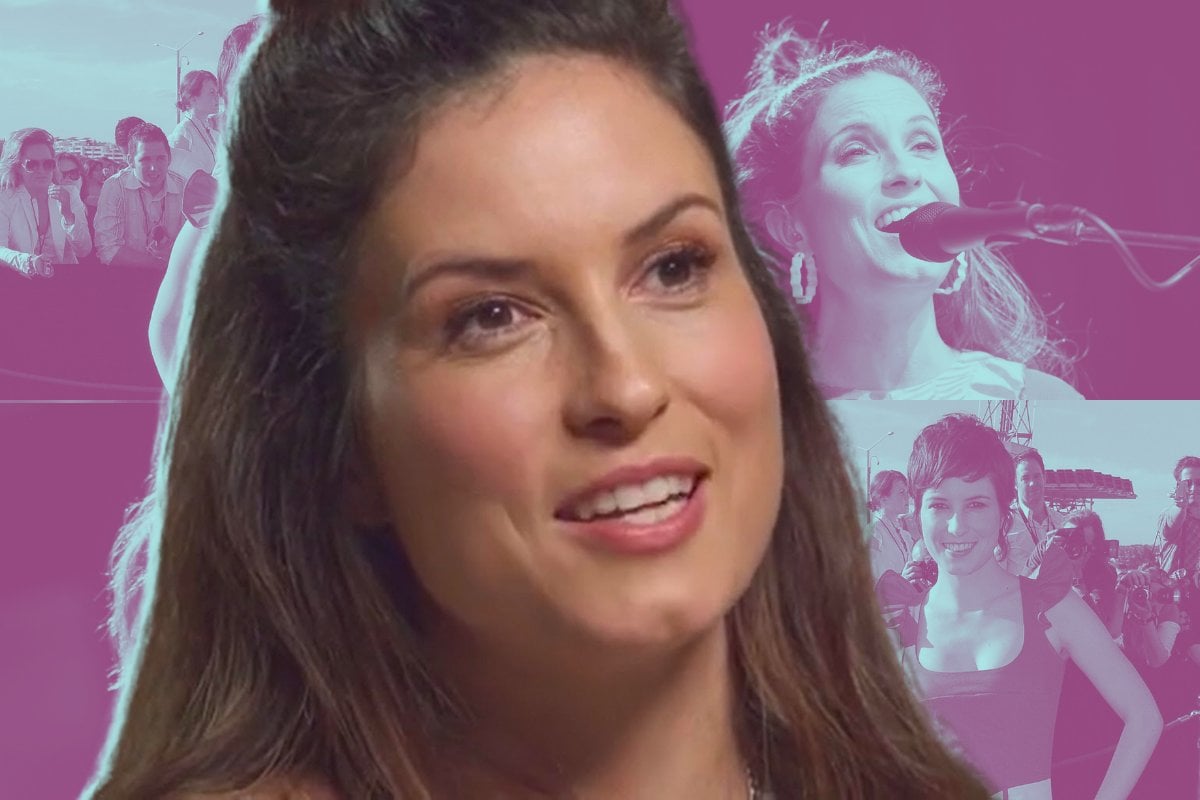 Missy Higgins' debut album The Sound of White was released in 2004, turning the singer into an overnight Aussie star aged just 21.

Featuring her single 'Scar', Higgins' voice was inescapable. But with the success, came relentless speculation about her sexuality.

Speaking to Anh Do on Brush With Fame, Higgins said she was still trying to work it out for herself at the time, and the constant questioning by media was detrimental to her journey.

"Everyone was speculating about my sexuality, which was such a personal thing, and such a thing I was grappling with," she said.

"All the journalists were trying to get an answer out of me, they all wanted me to say I was gay and to come out loud and proud but I was still figuring it out myself, and I felt so much pressure to put myself in a box and to put a label on it from everybody else."

She said the rumours made her "shut down".

"Every time I did an interview, I was in shutdown mode, because they were probing every single angle, trying to get me to slip up. Trying to get me to say a pronoun, you know? So I'd be like, 'How do I describe what this song's about without saying 'she'?'"

This was so "traumatic" Higgins felt she couldn't be vulnerable, even in her music.

"Shutting down in that way meant I wasn’t going to be able to express myself because that would make me way too vulnerable.

Higgins "eased her way in" to talking about sexuality when she was comfortable, which she started with comments like "I think everyone's sexuality is fluid".

In an October 2007 interview with Cherrie, Higgins agreed with an interviewer who asked if she was "not-so-straight".

A month later, she wrote on Myspace: "I've been in relationships with both men and women so I guess I fall most easily under the category 'bisexual'."

Since 2013, Higgins has been in a relationship with Broome playwright Dan Lee. They welcomed their first child, son Samuel, in 2015 and married in March 2016.

The now 37-year-old told Do that she now has no qualms about discussing her sexuality.

"Now it's just really easy for me because I don't really have anything to hide, and I think a lot of people are talking about it really openly these days which is so lovely, it's really wonderful," she said.