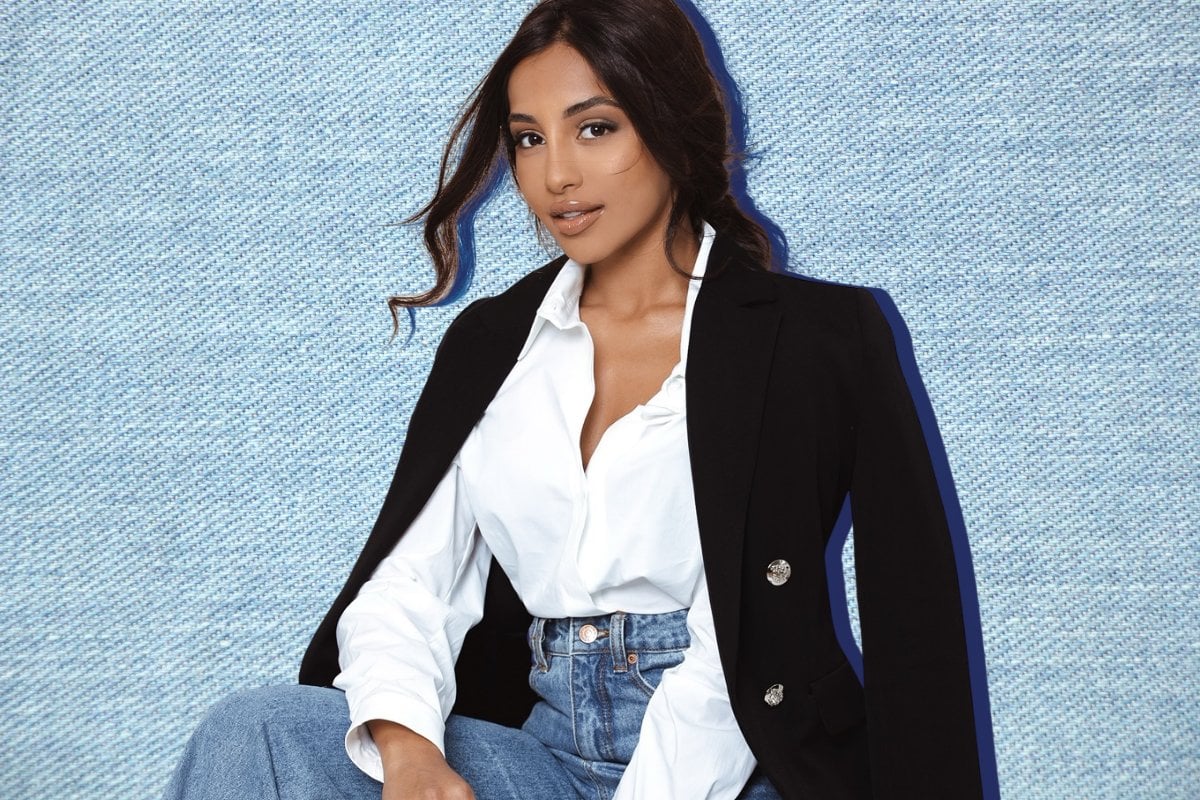 To explain, I am an Australian born and raised in Melbourne with parents who originate from India, having migrated here in the '80s. Miss Universe Australia 2019 was none other than phenomenal lawyer Priya Serrao, who is also of Indian heritage.

As shocked as I was by that question, it wasn’t the first time I’d heard something similar.

Watch: Amanda Fotheringham, a proud Gamilaroi and Muruwari woman, talks us through the awkward questions she often gets asked as a young Aboriginal woman. Post continues below.

Questions like this reflect an inability to see people as individuals beyond overt, skin-deep, superficial factors like ethnic background. An inability to look at two women as different human beings with unique capabilities, backgrounds and experiences, simply because we have ethnicity in common.

In the lead up to the competition finals, I noticed people commenting in online forums that I didn’t look 'Australian enough'. Since winning, I’ve had non-Australians admit that I challenge their perception of an 'Australian beauty queen' as I don’t fit the tall, blonde ‘beach babe’ Aussie stereotype.

As confronting as it may be, I do understand that the people asking these things are not necessarily ill-intentioned and are operating from their mental framework of what it is to be 'an Australian'. I recognise this as an opportunity and have decided to use these experiences as a catalyst to open important conversations that can progress us as a society, to honour different ethnic backgrounds and First Nations' history, and remember that our country is built on immigration and social cohesion.

However, at its worst, overt racism is simply abhorrent. In 2018, Miss Universe Belgium Angeline Flor Pua, 22 (born of a Chinese-Filipino father and a Filipina mother), sadly received an onslaught of racist criticism online in response to her win, some of which is too disturbing to mention.

Many of the critics questioned her nationality and asked why someone with Asian heritage won. Some said the crown should have been awarded to a blonde, blue-eyed Belgian, with one critic stating, "I call this Miss Philippines, not Miss Belgium."

It is important to see diverse ethnic representation in a role like a national delegate in an international sphere, because immigration continues to grow in our increasingly globalised world, and it's through this kind of social cohesion that we progress as a society.

Energy, entrepreneurship, melting cultural norms and fresh ideas result, and it is how we grow and thrive. Failing to see people as belonging or valued citizens because of superficial, skin-deep factors is an exclusive, damaging framework to operate from and inhibits representation, diversity and growth.

Without adequate representation in public platforms, it does affect the perceptions of a person's prospects. Particularly for ethnic minorities, when we see representation, it means that the way others perceive them is positively affected - but also the way they see themselves. 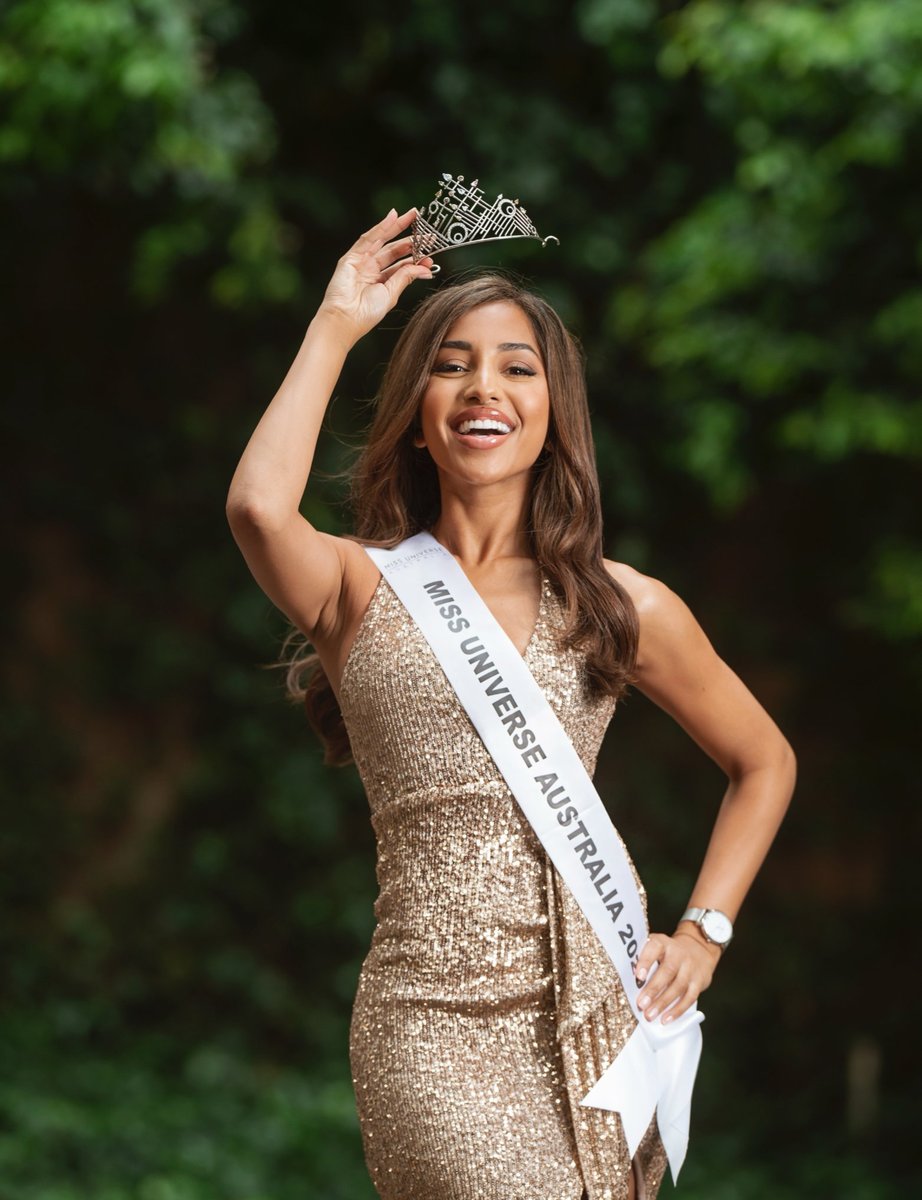 Since winning Miss Universe and being more publicly visible, I have been inundated with positive messages from people who are of various ethnic backgrounds. Many say that seeing this kind of representation is inspiring, and has spurred in them a sense of self-belief that they too can take up and create space.

Seeing people of different skin tones and ethnic heritages on the stage representing their country – in any kind of competition, beauty or otherwise - is empowering. We need to honour that what it takes to belong somewhere is not just skin deep.

Maria Thattil is the creator of Mind With Me – an empowerment series on Instagram which inspires women, men and young people to be confident and live their best lives. She is a Melbourne-based former human resources manager, empowerment coach, model and is the current Miss Universe Australia 2020. The international Miss Universe competition will be held in 2021.

Reply
Upvote
1 upvotes
This girl is lovely and as an older Australian am proud to have someone like her represent me. I wish people would grow up in this multicultural country, well we like to think we are.!!
K
km 10 months ago

Reply
Upvote
3 upvotes
People are idiots.....to me this lady is the very essence of what it is to be Australian!!! Sorry to make this comparison, but it's a little like "Australian" cuisine... what makes it amazing is that it is a mix of so many cultures and so many different backgrounds. To me that is the very definition of being Australian.
News
General
Opinion
True Crime
Politics
Sport
Explainer
Entertainment
Celebrity
Reality TV
Movies
TV
Books
Rogue
Royal
Lifestyle
Beauty
Fashion
Weddings
Home
Wellness
Health
Fitness
Travel
Food
Parents
Before The Bump
Pregnancy
Baby
Kids
Teens
School
Parent Opinion
Work & Money
Money
Finance
Career
Lady Startup
Relationships
Sex
Dating
Separation
Friendship
Family
Real Life
Couples