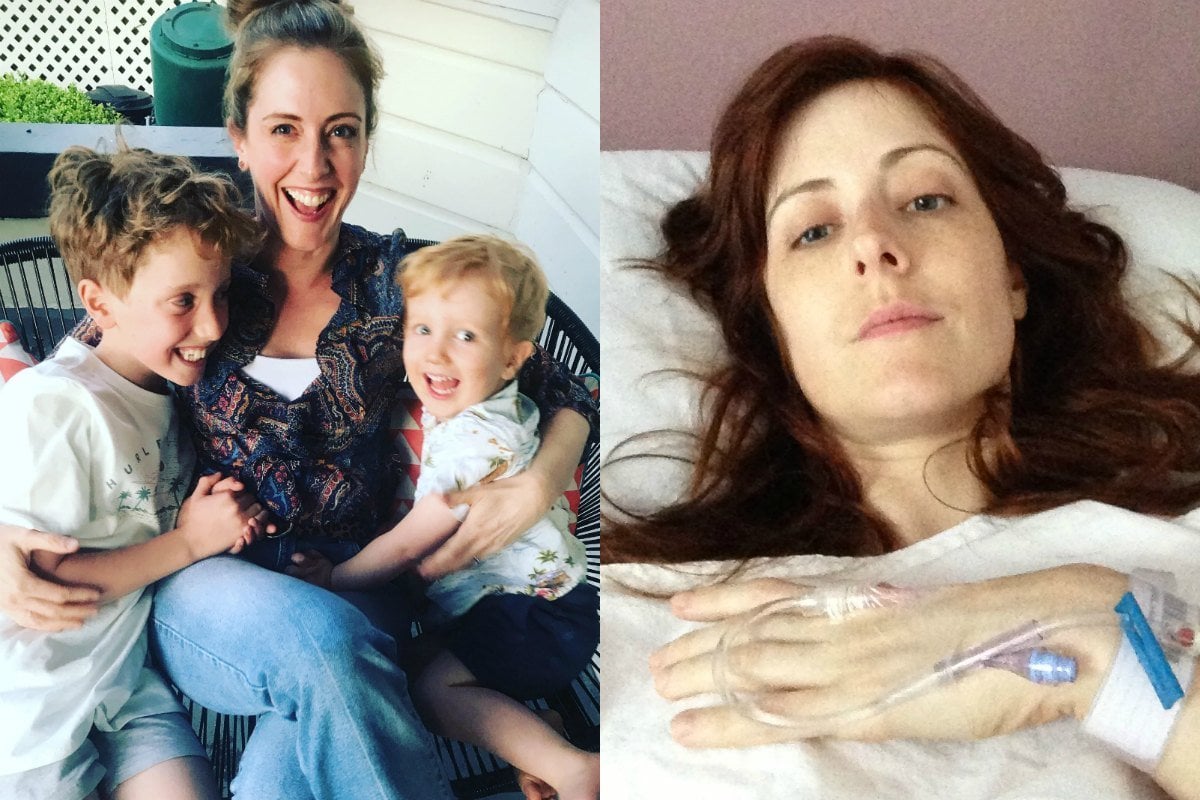 Since I had my first miscarriage nine years ago, I have seen a lot of positive change in the ways we openly discuss pregnancy loss.

Last year’s amendment to the Fair Work Act, which allows for two days of leave following a miscarriage, thanks to the research and lobbying from miscarriage support network Pink Elephants, shows that things are moving in the right direction.

But while two days leave is a great start, I can tell you after my personal experience of three miscarriages, that 48 hours' leave is simply not enough.

In 2013, when I excitedly turned up for my routine 12 week pregnancy scan, I was told the devastating news that I had miscarried.

The kind sonographer gently directed me to go home and see my GP for a referral to the local 'early pregnancy unit' at the obstetrics outpatient unit.

Once I was in the hospital system, I needed regular appointments to monitor the falling levels of the hCG hormone and scans to check that the blood and 'product' was coming away as it should.

I was frequently in agony, spending hours in the bathroom passing blood clots while feeling upset about what exactly those clots were. Trying to look after myself while caring for my then toddler Toby was impossible. The pain was one thing, but remaining good humoured while heartbroken was something else.

I was on annual leave from my part-time marketing job and my mum offered to help me out with Toby during the day.

Eventually after more check-ups that confirmed things were not progressing, I was prescribed an abortion drug called Misoprostol that forces the uterus to contract and push out the remaining product.

After more days of pain but not much else, l ended up in hospital having a uterus sweep, a procedure called a Dilation & Curettage (D&C) to clear out the rest, that was by then septic. It was all done under general anaesthetic and I went straight home afterwards to recover. The prevailing feeling by then was one of shock that my happy news had so quickly turned into a nightmare but also relief it was finally all over.

While every woman’s experience is different, the physical symptoms of my first miscarriage lasted three weeks.

This does not account for the subsequent days, weeks and months I spent grieving the loss of my baby and future family of four, while I carried on with life as a busy working mum of one.

Listen: A bonus episode of Get Me Pregnant looks at coping with pregnancy loss. Post continues below.

The pattern with my second and third miscarriages were similar, as on both occasions my body refused to get things moving 'naturally' like it was apparently supposed to.

During my second miscarriage in 2014, I remember standing on a busy train back from London feeling exhausted but too ashamed to ask anyone for their seat. After all, I looked physically well; I was no longer pregnant, and I was in my mid-thirties: why would I need the seat?

It made me wonder about all the other things women keep doing while they miscarry in silence for days or weeks on end; hiding their loss from the world.

Once again after multiple appointments, blood tests and nervously waiting for the bleeding to start, I was sent to hospital for a second D&C. At the final scan before the procedure, a beautiful midwife asked me if I wanted a moment with the grainy image of my uterus and what had been my baby. With all the clinical talk of 'product' and 'falling hCG hormones', this small humane gesture was a much appreciated acknowledgement of my loss.

As I was visiting family in the UK, I extended my visit to allow for my recovery while my husband Jules flew home to go back to work. I stayed with my mum and dad who could help me with my then four-year-old Toby.

When I discovered I had miscarried for the third time in 2015, I was working in a part-time contract role at my local university. I told my direct manager what was happening and went straight to my GP to request a D&C.

I didn’t have the time or the energy to wait for it to happen 'naturally' when I knew that might take weeks of pain and emotional visits to the bathroom. The thought of having to do that at work among people who did not know me well was horrifying. I just wanted it done so I could move on and process the grief.

As a contractor, I was allowed two days unpaid sick leave that thankfully tagged onto my weekend. The following week I was back at work as if nothing had happened. Nobody had known I was pregnant and as a fairly new contractor, no one asked any difficult, personal questions.

During my three experiences of miscarriage, I always knew that whether I was working or not, Jules could support Toby and I emotionally and financially. I also had family both in the UK and Australia that could help with childcare while I was in hospital or juggling various appointments and scans.

Studies show up to one in five women experience a miscarriage before 20 weeks, and many of these women must carry on working or caring for children while in pain and juggling the physical aspects of their miscarriage alongside the grief.

While most women will need to take over two days of compassionate leave by using sick or unpaid leave on top, it is heartening to see many companies are listening to advocates like the Pink Elephants Support Network and offering extended miscarriage leave to employees.

Modibodi, the Australian period underwear business, announced in 2021 that they were offering 10 days of additional miscarriage, period and menopause leave for employees on top of the standard sick leave.

"We want our staff to be able to be honest about their experiences of menstruation, menopause and miscarriage by encouraging people to feel comfortable asking for support and understanding when they need it," CEO and Founder Kristy Chong said in a statement on the Modibodi website.

A number of businesses, including Linktree and Hoyts, have also recently improved their miscarriage leave policies as a part of Kin Fertility’s #WeNeedMoreLeave campaign.

I eventually had my 'rainbow' baby Leo in 2017, but I would have benefitted from more understanding and compassionate leave as per Modibodi's groundbreaking offering when I suffered my pregnancy losses.

Compassionate businesses like this gives me great hope for the future.

The more that businesses and individuals understand how a miscarriage can affect a woman’s life and what that involves, the more they can offer support, empathy and practical help.

I hope in time that it translates to an increased number of compassionate leave days too.

Because two is simply not enough.