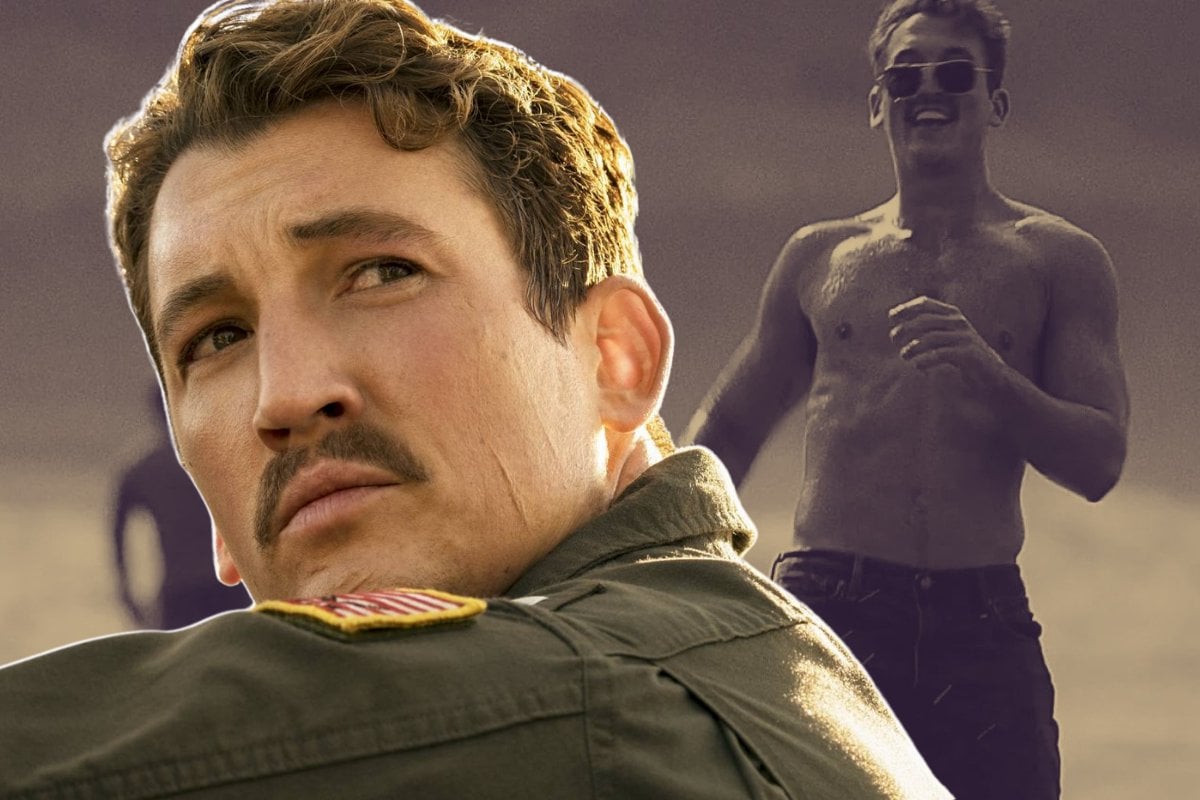 In 2015, a journalist sat opposite Miles Teller in a restaurant and tried to figure out whether he was 'kind of a d*ck'.

﻿By the end of the interview, she had decided he was.

Born and raised in a small town in Florida, Miles Teller landed his first acting role in 2010's Rabbit Hole, where he played a teenager who accidentally runs over and kills the son of a couple played by Nicole Kidman and Aaron Eckhart.

Three years before landing the role, three separate incidents impacted his life - and his acting in that film - profoundly.

In 2007, 20-year-old Teller was involved in a near-fatal car accident.

Driving home from a festival, his friend was behind the wheel, another was in the back seat, and every extra inch of space was jam-packed with camping equipment.

Everyone was fine except for Teller; who flew out the passenger window, broke his wrist, damaged his shoulder and was left with a permanent reminder of the incident - scars on his neck and face. 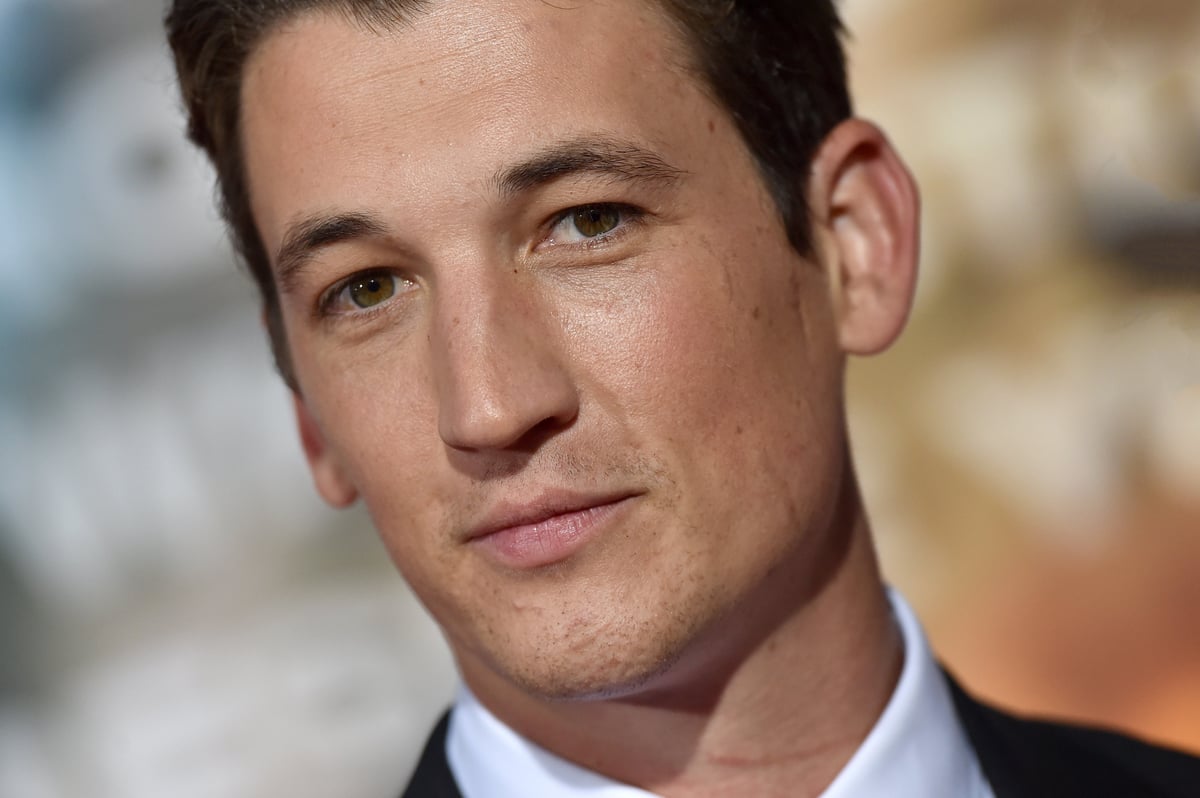 The following year, two of his best friends passed away in driving-related accidents.

"In February that next year, I turned 21 and seven of my best friends from Florida flew up for my birthday," Teller began telling The Guardian in 2016.

"Then in June, one of those guys, Nick, passed away in a motorcycle accident: a car ran a stop sign and T-boned him. I was at the hospital, he was on life support, they pulled the plug the next day.

"A month after that, one my closest friends, my buddy Beau, passed away, again a car accident. And I was actually sitting next to Beau at Nick’s funeral," he said.

"So, at my 21st birthday, seven of my buddies are there. Five months later, two of them are gone."

While filming Rabbit Hole, the director would ask Teller to channel the emotions he felt after the accidents.

"I remember him being like, 'Miles, I really need you to think about your buddy Beau right now,'" he told the publication. 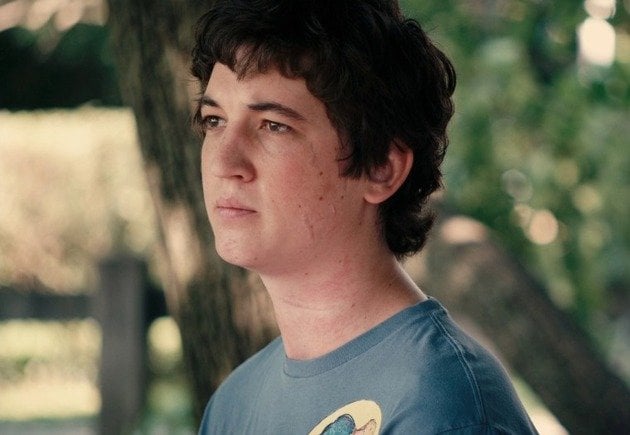 Following the serious role, Teller was typecast as a friend of the lead character in various comedies. There was 21 & Over, Project X and That Awkward Moment.

In 2013, he showed more depth to his craft in the coming-of-age drama, The Spectacular Now, and landed more lead roles in Whiplash, Divergent, Fantastic Four and War Dogs.

"You're sitting across from Miles Teller at the Luminary restaurant in Atlanta and trying to figure out if he's a d*ck," the profile began.

"So yeah," it continued several paragraphs later, "he is kind of a d*ck."

While the profile, by Esquire's Anna Peele, doesn't just call him a d*ck - it also delves into his career and car accident - it was the only take away from the article that anyone, including Teller, talked about after it was published.

Responding to the piece on Twitter, Teller wrote: "@esquire couldn’t be more wrong.

"I don’t think there’s anything cool or entertaining about being a d*ck or an a**hole. Very misrepresenting."

@esquire couldn't be more wrong. I don't think there's anything cool or entertaining about being a dick or an asshole. Very misrepresenting

Speaking to The Guardian the following year, the actor said he felt "helpless" and "angry" after it was published.

"For the average person, they are reading this article, they haven’t met you, they’re like, ‘Oh, Miles is an a***hole," he said.

"I was raised middle-class in a small town. I have all my same friends from high school. I’m close with my family. I’m dating a normal girl. So I want to feel people think I’m a man of the people. Because I feel that way.

Teller also told Playboy that because of the article, he's come to accept he can't control his public image.

"In that case, the Esquire reporter had her mind made up long before I showed up. What's frustrating is that she calls me an a**hole, and then because it's in a magazine, people say, 'Oh, he must be.' But I've had however many years of being myself, and I know the kind of person I am.

"I will defend the person I am through my actions."

That mindset worked in his favour.

According to a 2016 interview with Vanity Fair, most of Teller's friends are working class - construction workers and in the military.

From then on, the actor started gravitating towards characters that demonstrate that hardworking mentality.

Teller played blue-collar boxer Vinny Pazienza in 2016's Bleed for This, an army sergeant in 2017's Thank You for Your Service and a hero firefighter in Only the Brave that same year.

"I've been told that having an Instagram account will help me book more roles, get more endorsement deals," he told Playboy. "I want to build my fan base through movies and movies alone."

"With Twitter, I like it because I can put things in my own words. I can write something, and boom, it goes out to however many people. It's important to have your own voice."

He also noted that negative comments no longer affect him.

"An anonymous person, which is 99 percent of the people on Twitter, can say my face looks like a foot or I'm Ted Cruz's doppelgänger. That doesn't affect me," he told the publication.

Teller is a married man, too - having tied the knot to his long-term girlfriend, model Keleigh Sperry, in 2019.

He stars as Bradley ‘Rooster’ Bradshaw, the son of Maverick’s late co-pilot, Nick ‘Goose’ Bradshaw (played by Anthony Edwards in the original movie).

The actor gained widespread attention, promoting the film alongside Tom Cruise at the Cannes Film Festival and its premieres in San Diego and London.

During the film, too - with his shirtless beach scene currently trending on TikTok.

It looks like that "hit piece" worked in Teller's favour.