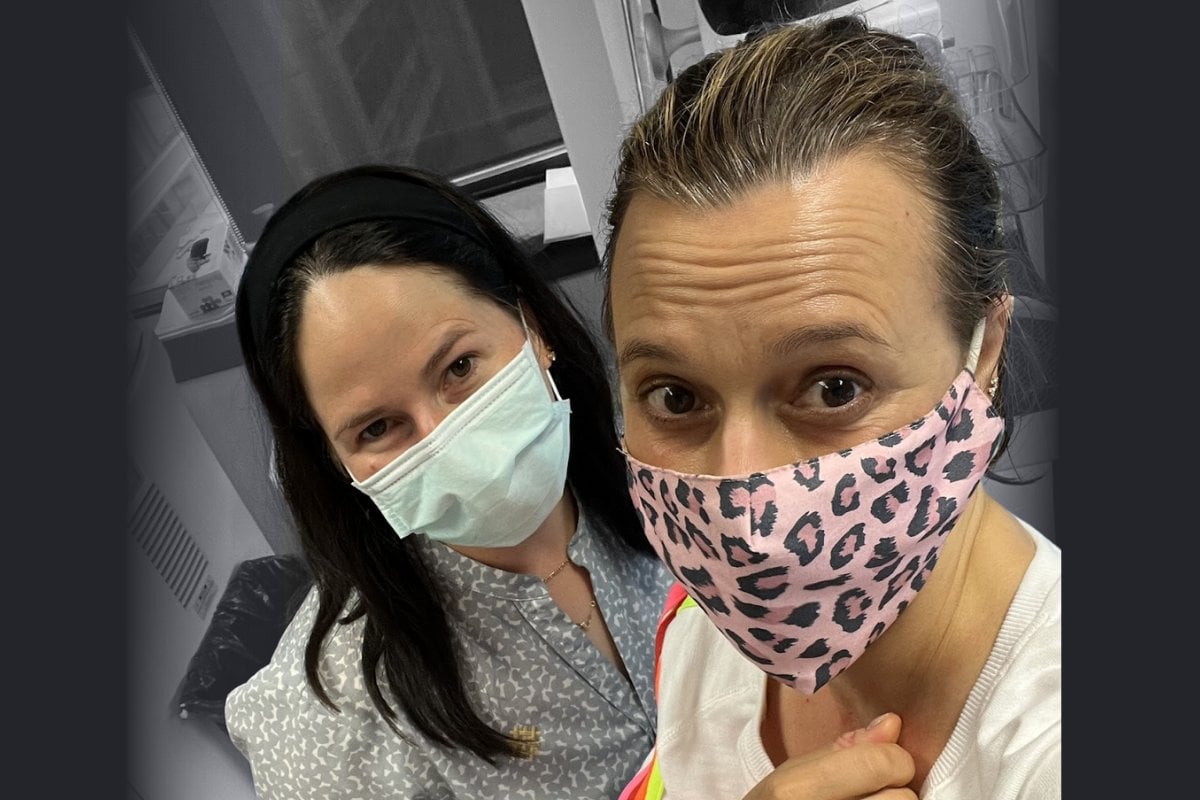 I’m scared of my breasts. Not all the time. Just when I’m thinking about breast cancer. That’s when I feel like I have explosive devices strapped to my chest and I’m just waiting for them to go off, wrecking havoc with my life.

“I just want to get a preventative mastectomy” I’ve announced on more than one occasion when the fear has felt overwhelming. “I just can’t handle feeling like this.”

Watch: How to check your breasts. Post continues below.

I’m not sure if this is normal. I strongly suspect it’s not.

But since being diagnosed with anxiety many years ago and noticing how it often shows up as health anxiety when I’m stressed, I know it doesn’t matter what’s normal.

When you’re terrified of something, you become a little unhinged. Your ability to judge risk and even reality turns into a burning pile of garbage. And no amount of being told to stop being silly makes a jot of difference.

Anxiety is a master gaslighter.

Looking back over difficult periods in my life, I can see how my generalised anxiety will often grab onto specific things and turn an acceptable level of concern into a paralysing tsunami of dread.

It began when I was much younger and one of my parents would be late home from work. Always, I would assume they were dead.

When I was a bit older, I became convinced I had HIV after a deeply unpleasant conversation with an insecure boyfriend who expressed disgust when I told him how many guys I’d slept with. My anxiety has always been a maddening shape-shifter, wrapping its tentacles unpredictably around things I’d once enjoyed. Like flying.

After I had children, for no apparent reason, I developed a gut-wrenching fear of getting on a plane, any plane. I needed to take drugs to even fly domestically. And my life became smaller because of it. I turned down opportunities to travel for work and avoided holidays because of the enormous toll flying would take on me - not just during the flight itself but in the weeks leading up to it.