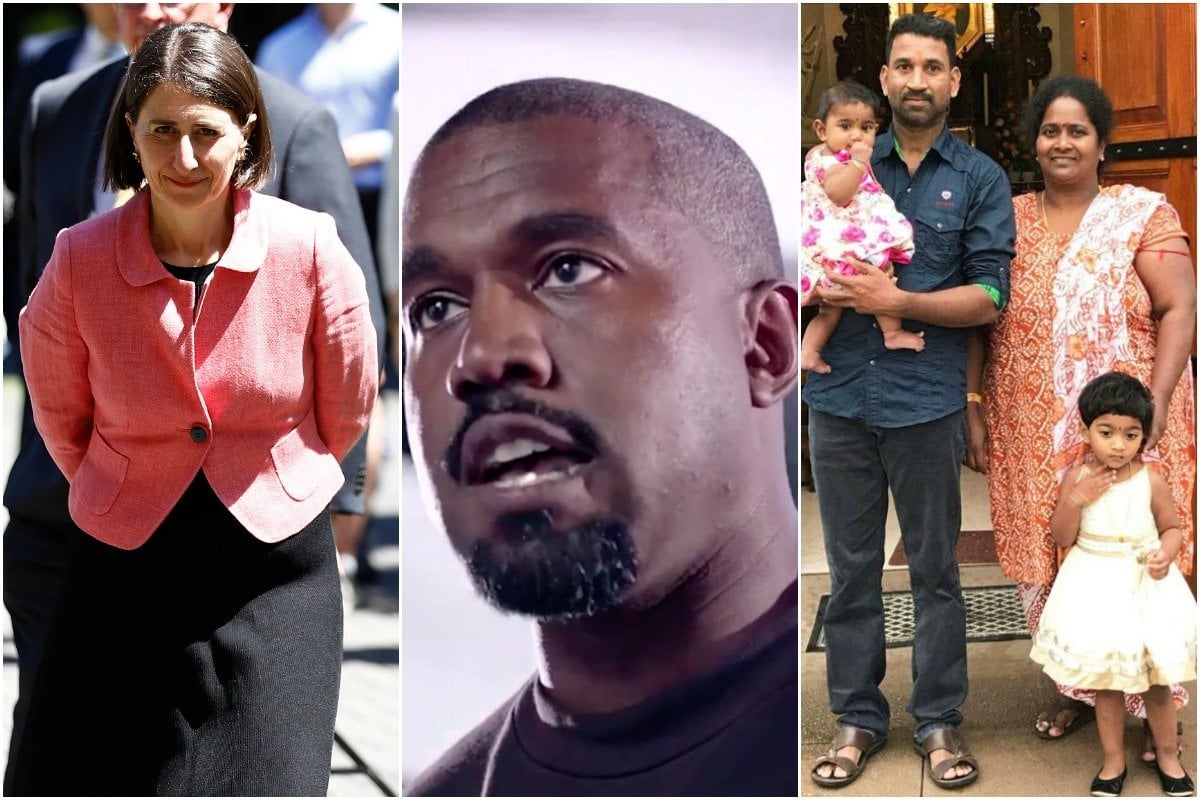 One million Australians have sought help for their mental health.

More than a million Australians have sought mental health treatment during the COVID-19 pandemic, with pleas for help dramatically increasing in Victoria over the past month.

According to Commonwealth health department figures obtained by The Australian, there's been a 30 per cent rise in the state in the past four weeks as the strict lockdowns take their toll.

More than a million Australians have been suffering from mental health problems during the pandemic, with Victoria the worst hit. #9Today pic.twitter.com/vxEs9wOO1F

There's also been a 30 per cent rise for children's mental health services in Victoria since last month, with the spikes more than double that of New South Wales.

Access to Beyond Blue is 77 per cent higher in Victoria right now when compared to the rest of the country.

Monday was "one of the most difficult days" in Gladys Berejiklian's life, but the outlook for her Wednesday is not much better.

The NSW parliament is set to debate a no confidence motion moved against the premier by Labor yesterday, after she revealed she had been in a relationship with a former MP now at the centre of a corruption probe.

The Independent Commission Against Corruption has accused former Wagga Wagga MP Daryl Maguire of using his public office to improperly gain a benefit for himself or for G8way International, a company he allegedly effectively controlled.

During Tuesday's parliamentary sitting Opposition Leader Jodi McKay accused the premier of being complicit in Mr Maguire's alleged corruption by neglecting her legal obligations to report it to ICAC. 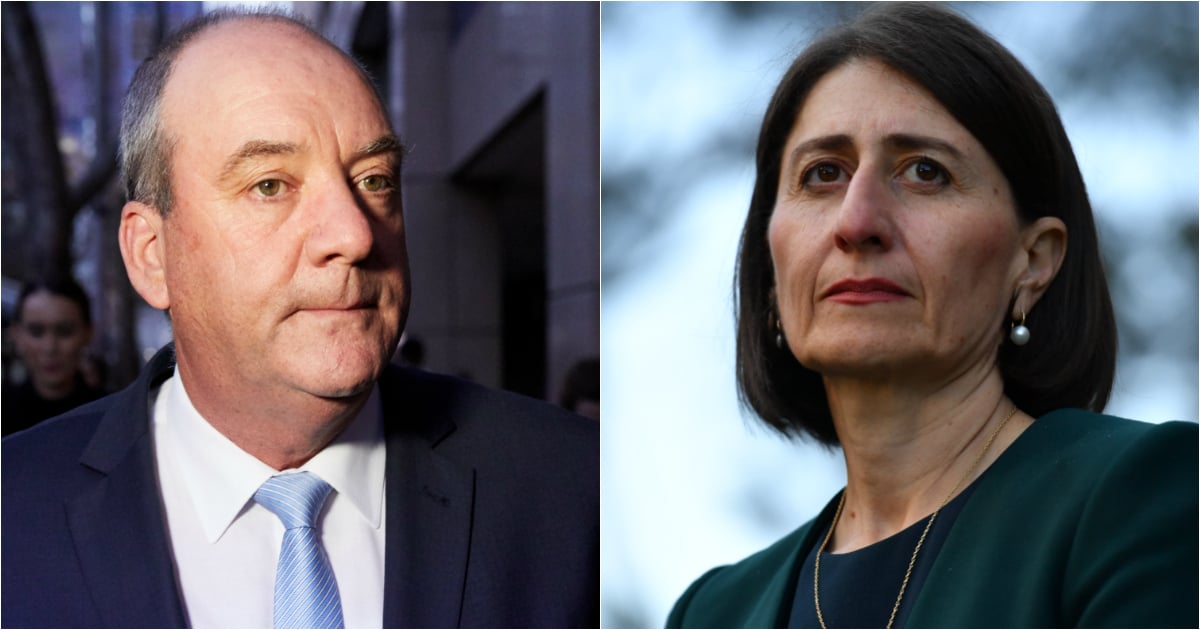 Phone intercepts played at ICAC on Monday recounted numerous occasions in 2017 and 2018 in which Mr Maguire - who resigned from NSW parliament in 2018 in connection to a separate ICAC inquiry - discussed his business dealings with Ms Berejiklian.

Ms Berejiklian on Tuesday struggled to explain to reporters why her phone calls with Mr Maguire didn't constitute knowledge of his business interests or prompt concerns of wrongdoing.

Senior federal and state Liberal MPs on Tuesday rallied around Ms Berejiklian, who in parliament again insisted she had no inkling her ex-boyfriend's dealings may be dodgy and said she had been "full and frank" in giving evidence to the inquiry.

The no confidence motion will be debated on Wednesday, but would need the support of government MPs to pass.

READ: Let's be clear about what Gladys Berejiklian has actually been accused of.

WA health chief to be grilled on borders.

Western Australia's chief health officer is set to be questioned on the state's hard borders when he fronts a parliamentary committee.

The interstate borders have remained closed for more than six months and the state has recorded no community spread of COVID-19 during that time.

Polls suggest the border closures have largely been popular within WA. But business groups and West Australians separated from their loved ones are desperate for clarity on when free travel between the states will be allowed.

Dr Andy Robertson has warned that just one community case could spark a large outbreak because WA has largely removed restrictions on physical distancing.

Authorities could be forced to reintroduce some controls if state borders were to reopen, he said.

WA's state budget, released last week, was built on the assumption that the state's borders would remain closed until April 1 - after the March election. But the government says it is just a Treasury assumption and does not reflect government policy, which is based on health advice.

Victoria recorded 12 new cases on Tuesday, the state's sixth straight day of double-digit infections in a reflection of the second wave's stubborn tail.

NSW had 13 new infections, with the majority of them locally acquired, and has announced further loosening of restrictions - with 500 people allowed at open-air concerts from Friday.

500 people will now be able to attend outdoor seated music events in accordance with the 4sqm rule.

When asked why Victorians still found themselves subject to a strict lockdown unlike their northern neighbours, Professor Sutton said circumstances were not the same.

"The differences are really profound ... through this second wave, the 20,000 cases that occurred across Victoria settled into the hardest cohorts and populations across the state," he said.

A no-confidence motion in parliament against Mr Andrews over his handling of the pandemic failed on Tuesday evening.

A Tamil family fighting deportation to Sri Lanka face another hurdle in their bid to return to their Queensland home, with an appeal before the full Federal Court.

The case is set to begin on Wednesday, hearing appeal arguments from lawyers for the family and the federal government over two days.

Priya and Nades Murugappan and their Australian-born daughters Kopika and Tharunicaa, aged five and three, were taken into detention in Melbourne in March 2018 and transferred to Christmas Island in August 2019 after an urgent injunction prevented their deportation to Sri Lanka mid-flight. 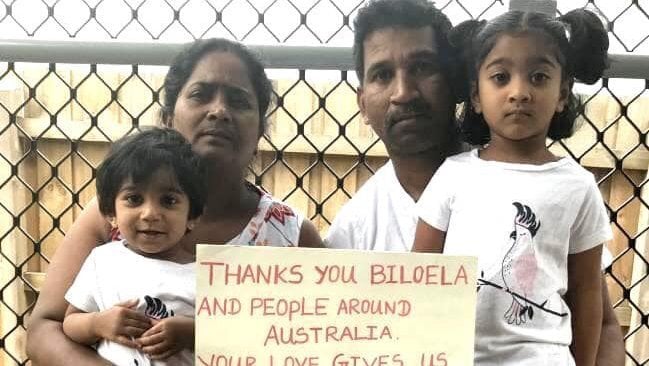 Federal Court Justice Mark Moshinsky ruled in favour of the family in April, finding Tharunicaa had been denied procedural fairness in her protection visa application.

He ordered their costs of $206,934.33 be paid, after determining that Immigration Minister David Coleman had lifted a bar to consider a visa application.

Amy Coney Barrett, the judge US President Donald Trump has nominated for the vacancy on the Supreme Court, says she will separate her private religious beliefs from any judicial rulings she will make.

Barrett declined to specifically answer questions about abortion, saying it would be improper for a nominee to say in advance how they would decide on cases before the court.

JUST IN: Supreme Court nominee Amy Coney Barrett told lawmakers that that she does not consider Roe v. Wade as a "superprecedent," a widely accepted decision safe from being overturned. https://t.co/Ntn42wlNsw

Barrett confirmed she is a devout Catholic and that her faith is important to her. But she insisted her decision to have a large, multi-racial family and to make faith a key part of their lives a private choice.

"I have a life brimming with people who have made difference choices and I have never tried in my personal life to impose my choices on them, and the same is true professionally," Barrett told the Senate Judiciary Committee.

Rapper Kanye West has released his first official campaign video in his long-shot bid to be elected US president on November 3, focusing on religion and families.

The 43-year-old launched his campaign for the White House with statements on his social media accounts in July.

He is on the official ballot in a handful of US states, according to US media, but has no mathematical chance of winning.

In Monday's video, the musician asked supporters to vote for him as a write-in candidate.

"By turning to faith, we will be the kind of nation, the kind of people, that God intends us to be," West says in the video, featuring families at prayer and nature shots.

He has done little campaigning under his Birthday Party as concern has grown in recent months for his mental health.

Some political analysts believe that West's run for office could siphon some African-American supporters away from Democrat Joe Biden in the presidential election.

- IKEA is buying back thousands of pieces of furniture from customers in 27 countries for resale, recycling or donation.

- Apple has launched the iPhone 12 with 5G connectivity.