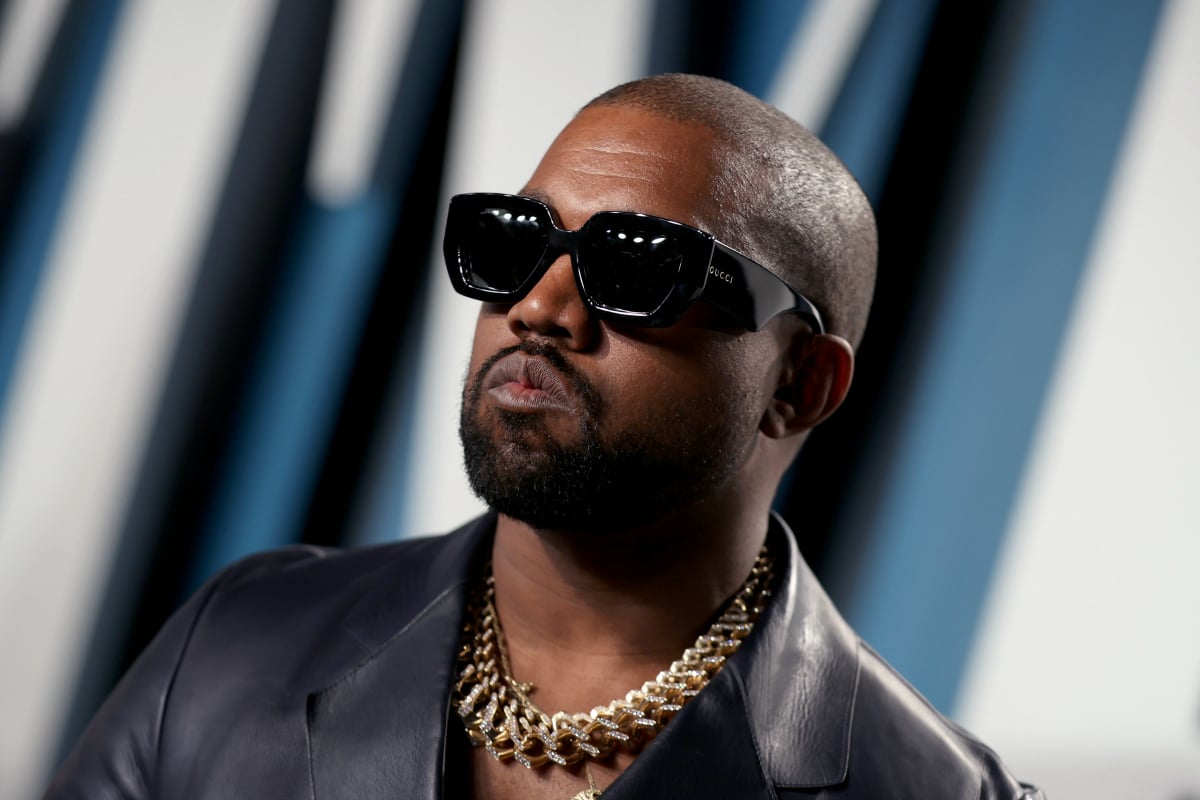 Kayne West's July announcement that he is running for President of the United States was been met with a predictably frenzied response.

Die-hard fans are promising their vote on November 3. Card-carrying Republicans and Democrats are lamenting the 'distraction' ahead of one of the most consequential elections in decades. And political analysts are dissecting what impact he'll have, if any, by entering so late in the game.

But amid all the eye-rolling, anger and mocking memes, there's another conversation happening around the Grammy-winning musician's bid for top office. It's a conversation about his state of mind.

"That was news to me": Kim Kardashian West on her husband's presidential ambitions. (Post continues below.)

Just this week, the 43-year-old uploaded a video to Twitter in which someone appears to be urinating on one of his Grammy awards, which had been positioned in a toilet bowl.

The bizarre clip came amid a barrage of tweets in which he railed against "unfair" artist contracts in the music industry, and even uploaded screenshots of his own.

West also referred to himself as "baby Putin", posted the private phone number of a top magazine editor whom he labelled "a white supremacist", and accused the media of killing Michael Jackson.

Amid the Twitter storm, The New York Times yesterday published an article in which it reported that West is making his campaign staff abstain from sex outside of marriage and described himself as "the head of everything".

The unavoidable fact amid all this, is that West lives with bipolar disorder.

The rapper has spoken about being diagnosed at the age of 39, around the time he was hospitalised for a "psychiatric emergency".

Bipolar disorder is a mental health condition that's typically characterised by cycles of extreme low moods (which are known as depressive episodes) and extreme high moods (known as manic or hypomanic episodes).

The Australian Psychological Society notes that it can look different in different people.

"For some people, episodes can last for three to six months and occur every few years, while others may experience shorter but more frequent episodes over the course of one year," the APS states.

West has been open in the past about the ways in which the disorder manifests in him, including episodes of mania that he's described as "a ramped-up state". He told David Letterman's My Next Guest Needs No Introduction in 2019 that it can also include feelings of paranoia and "heightened connection with the universe".

"Everyone — this is my experience, other people have different experiences — everyone now is an actor. Everything’s a conspiracy. You feel the government is putting chips in your head. You feel you’re being recorded. You feel all these things," he said.

He was experiencing a manic episode, he's said, during that infamous interview with TMZ in 2018 in which he rambled about reality being "forced upon us" and described the slavery of Black Americans as "a choice".

"By the time I got to TMZ I was ramped up," West told late-night talk-show host Jimmy Kimmel later that year. "So, what was awesome was that the world really got to experience someone in a ramped-up state, and that's where you get these comments that just shoot out, almost like Tourette's [Syndrome]."

The APS identifies "rapid thought and speech" as a common symptom of bipolar disorder mania, along with a host of others, including: risky, impulsive or inappropriate behaviour, and exaggerated self-esteem or feelings of grandiosity.

A number of people who live with the condition have been querying whether West's presidential bid (under his newly created 'Birthday Party') is reflective of that grandiose thinking — this is after all, a man who has earnestly described himself as "a god" and "the greatest artist of all time".

In July, during what has so far been his only campaign event, a tearful, rambling West claimed he nearly "killed" his daughter, suggested that abortion could be curbed if everyone who has a baby "gets a million dollars", and described himself as "a 132 IQ genius that literally went to the hospital because his brain was too big for his skull".

His wife, reality star and entrepreneur Kim Kardashian West, subsequently issued a rare statement on the subject in which she appeared to confirm the musician is in the midst of a manic episode and addressed criticism that she and other loved ones haven't intervened.

"He is a brilliant but complicated person who — on top of the pressures of being an artist and a black man who experienced the painful loss of his mother — has to deal with the pressure and isolation that is heightened by his bi-polar disorder," she wrote, via Instagram.

"Those that understand mental illness, or even compulsive behaviour, know that the family is powerless unless the member is a minor. People who are unaware or far removed from this experience can be judgmental and not understand that the individual themselves have to engage in the process of getting help no matter how hard family and friends try."

She added, "Living with bi-polar disorder does not diminish or invalidate his dreams and his creative ideas, no matter how big or unobtainable they may feel to some. That is part of his genius and, as we have all witnessed, many of his big dreams have come true."

Kanye West, mental health and the danger of the eccentric genius narrative.

Bipolar disorder is treatable — that can't be stressed enough — and the majority of people who live with it lead productive, functioning lives.

Kardashian West, told Vogue in 2019 that while managing the disorder is "an emotional process", "we can definitely feel episodes coming, and we know how to handle them."

How they choose to do that, be it through therapy or medication or other clinical means, should be of no concern to anyone else.

But it's worthwhile being prudent when reading about or listening to the way West frames his condition.

He has described it as a "brain sprain", but also repeatedly, publicly referred to it as his "superpower".

Bipolar has long had associations with creativity, eccentricity and genius.

And many people have expressed concern over the past few years that West's (and others') characterisation of it may mythologise or glorify the diagnosis and discourage people from seeking help.

Which, considering the heightened risk of suicidal ideation among people with bipolar disorder, is an alarming proposition.

Hi. Bipolar disorder isn't the quirky personality trait of a genius. If you're suffering from symptoms of bipolar disorder (mania/depression), seek help. As someone who, thanks to bipolar meds, hasn't been suicidal for years, trust me when I say IT CAN GET BETTER. #Kanye #ye

If that's true, West's campaign for president may hurt the cause rather than serve as the shining, de-stigmatising example we crave.

It's an uncomfortable conversation, no doubt. But with stakes this high, it's surely worth having.

If you think you may be experiencing a mental health problem, please contact your general practitioner. If you're based in Australia, please contact Lifeline 13 11 14 for immediate crisis support or beyondblue on 1300 22 4636.

Reply
Upvote
Sad thing is (well, one of the sad things) he could very well be right about the unfair contracts, but any truth on that subject is going to be completely swamped by the other erratic stuff he's doing/saying.
S
samklann 2 years ago