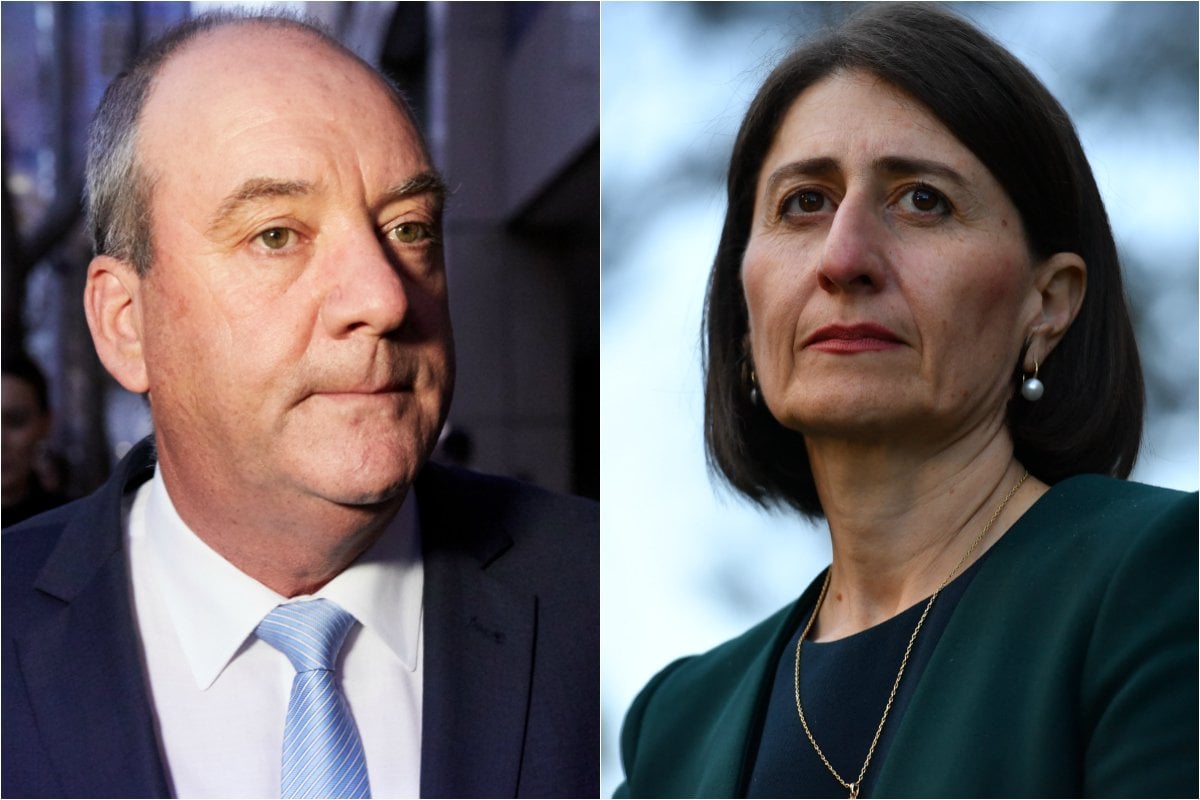 On Monday, NSW Premier Gladys Berejiklian weathered what she called “one of the most difficult days of [her] life”.

In an unexpected revelation, the premier admitted she had been in a five year relationship with disgraced former MP Daryl Maguire, who is currently under a state corruption inquiry. For a woman who is known for being intensely private, the public disclosure was a “personal nightmare,” she said.

It triggered a political storm, with members of the public and her fellow politicians weighing in on whether or not Berejiklian should resign from parliament - with heated opinions from all sides.

But what is Berejiklian actually accused of doing? Well, as she passionately emphasised to reporters on Monday afternoon, the ICAC has not yet made any suggestion of wrongdoing on the premier’s part. Rather, she was called to the inquiry as a witness.

But first, it’s important to understand who Daryl Maguire is, and why his actions are subject to a corruption inquiry.

What is Daryl Maguire accused of?

Daryl Maguire was the NSW Liberal member for Wagga Wagga from 1999 to 2018.

In 2018, he quit government after admitting he had tried to earn payments by setting up property developers with investors, including a “mega big” Chinese client.

Despite being in a relationship with him at the time (unbeknownst to the public), Berejiklian publicly condemned Maguire and asked him to resign.

“I spoke to Mr Maguire late that afternoon to express in the strongest possible terms my deep disappointment,” she said in a strongly worded statement released in July 2018.

“He has let down his constituents, the people of NSW, and the NSW Liberal Party.”

Maguire subsequently resigned, and the pair privately continued their "close personal relationship", which ended a few months ago.

In August this year, two years after his resignation, the NSW’s Independent Commission Against Corruption (ICAC) announced it would launch an inquiry into Maguire’s conduct when he was an MP. Essentially, ICAC is investigating allegations that he used his position for personal financial gain.

The investigation is still ongoing. On Monday, Berejiklian took part in the inquiry as a witness.

Why is Gladys Berejiklian involved?

Berejiklian was brought into the witness stand because it was revealed that Maguire gave racing heir Louise Waterhouse the premier's personal email address.

It’s alleged Maguire was trying to help secure the sale of private land near the Western Sydney airport, owned by Waterhouse, and gave out Berejiklian’s private email to give the matter a “tickle from up top”.

The deal would have earned Maguire $690,000, the inquiry heard, which would have paid off about half of his $1.5 million personal debt.

When Maguire told Berejiklian, the premier responded with "I don’t need to know about that bit", according to recorded phone calls.

The premier never responded to the email from Waterhouse. 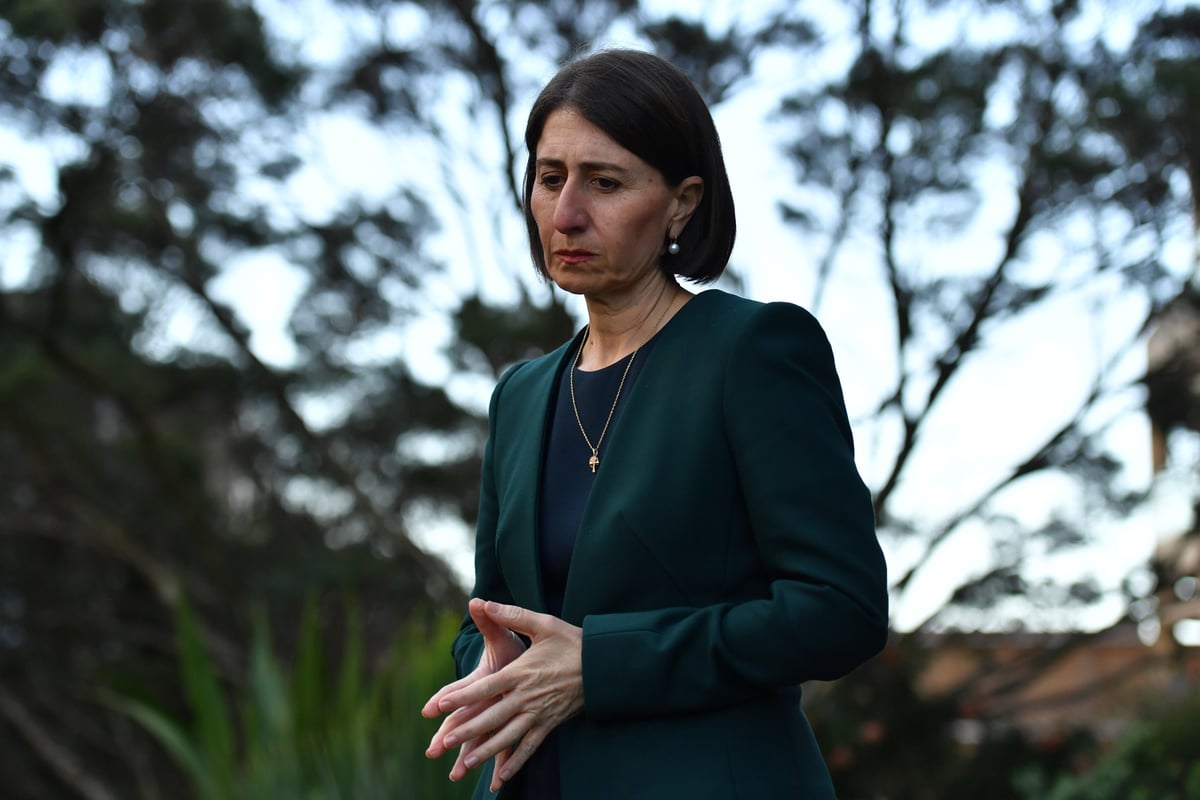 Gladys Berejiklian has said she will not resign as NSW Premier. Image: Getty.

So what is Gladys Berejiklian accused of then?

At this moment, ICAC has not accused the premier of any wrongdoing. Rather, the inquiry on Monday was trying to determine how much information Berejiklian knew about the improper actions Maguire was allegedly undertaking whilst under the leadership of her government.

So, the question facing Berejiklian is: did she know about corrupt conduct and fail to do anything about it?

According to Berejiklian, the answer is no. On Monday, she insisted she had no knowledge of his improper conduct prior to the 2018 ICAC inquiry, and rejected the suggestion that she “turned a blind eye” to any wrongdoing.

“If I felt at the time that there was anything to report I would not have hesitated."

Whilst she says she “stuffed up in [her] personal life,” the premier is adamant that she was never involved in, or privy to, improper conduct that she did not subsequently report.

So who is calling for her to resign then?

The loudest voice calling for the premier to resign is the state opposition leader, Jodi McKay.

The NSW Labor Leader says there is no issue with the premier’s personal relationships, but instead the problem lies with what she knew about Maguire’s alleged improper conduct.

However, this has not been proven by ICAC. The proceedings concerning this inquiry are still underway, and ICAC is yet to present its findings on the matter.

As such, Berejiklian has said she will not resign.

"If I had done something wrong, I would be the first to consider my position. But I haven't.”

Reply
Upvote
2 upvotes
At the very least she's guilty of a gross conflict of interest.
Considering she came down on the right side of that conflict (by getting him to quit) I don't see she would need to resign over it.
If she knew about all his wrong-doings, then yes of course she should resign.
L
laura__palmer a year ago