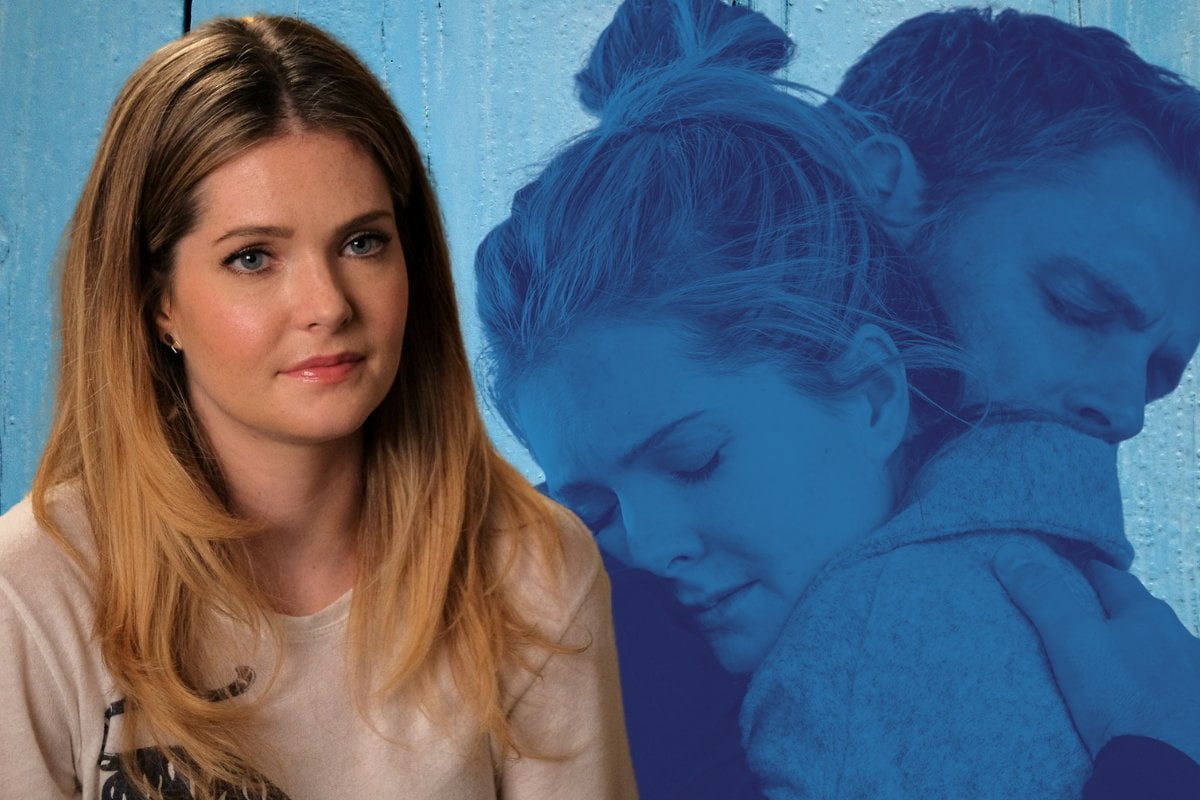 Meghann Fahy wants you to know she's also not ready to say goodbye to The Bold Type.

The 31-year-old actress has played assistant turned stylist Sutton Brady on the hit Stan series for five seasons and as the final season hits our screens this week, she's ready to talk about how those last few episodes play out and how the cast banded together to say goodbye behind-the-scenes.

The Bold Type was inspired by the life and career of former Cosmopolitan magazine editor-in-chief, Joanna Coles, who also acts as an Executive Producer on the series and focuses on three women who work at the fictional Scarlet magazine.

Take a look at the trailer for the brand new season of Stan’s The Bold Type. Post continues below.

At the end of The Bold Type's fourth season, the character of Sutton Brady found herself at a crossroads, with her professional life soaring and her personal life causing her an intense amount of pain.

She had finally married her longtime love, former Scarlet board member Richard Hunter (Sam Page) but after her long-awaited promotion to stylist, chose not to move with him to San Francisco.

As an added blow to their relationship, after suffering a miscarriage, Sutton told Richard that she never wanted to have children and, as that was a deal-breaker for him, he packed his bags and ended their marriage.

What followed for Sutton was a spiral into drinking and partying followed by a trip to her hometown where she hooked up with her married ex-boyfriend and found herself hitting rock bottom after being tearfully confronted by his wife.

With season five, Meghann said viewers will see Sutton really lean into this painful storyline, as it wasn't something they were prepared to brush over in just a few episodes.

"In season five you'll see Sutton become more introspective about the path she's headed down," Meghann told Mamamia podcast The Spill. "I'm really excited that we see her go to therapy this season because we haven't dealt with that on the show before and I think it's such an important thing to normalise."

Listen to The Spill, where hosts Laura Brodnik and Kee Reece talk to Meghann Fahy about The Bold Type. Post continues after podast.

"With these final six episodes, people can see how she chooses to pick herself back up and move through all of the crazy surprises that life has thrown her way.

"It really all happened in such a short amount of time too," she continued. "Because I remember when they told me that I was going to get married, get pregnant, then have a miscarriage and then get divorced, all in the span of like five episodes and I just thought '...what?'"

"Of course, the writers did it in a way that was really lovely because they're all very good at their jobs. And that is why I'm not a writer. I'm really excited for the fans to see how that all resolves itself." 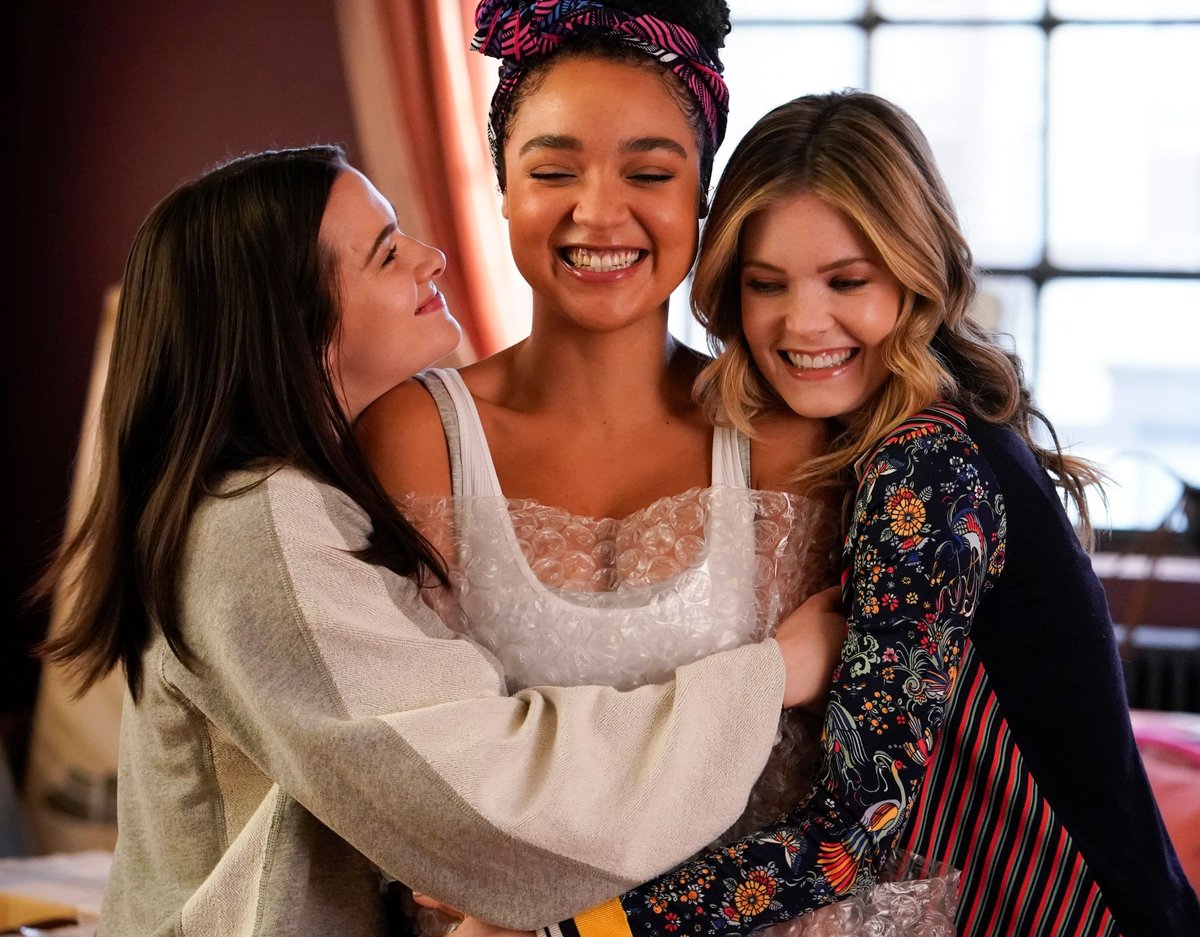 Katie Stevens, Aisha Dee and Meghann Fahy in The Bold Type. Image: Stan. Of course, the one storyline fans of The Bold Type are eager to see play out is the love story between Sutton and Richard, whose romance kicked off in season one when they had to keep the relationship under wraps so no one at Scarlet would find out.

After finding their way through a break-up, navigating a substantial age difference, moving in together, and finally tying the knot in a very dramatic wedding, Meghann knows fans are holding out hope that the couple will find their back to each other.

"There's definitely a resolution between Sutton and Richard this season," she told The Spill.

"I was so excited for this storyline because when we finished season four, we lost the last two episodes to COVID. We were actually supposed to do 18 episodes and we only did 16.

"Then when we got picked up for the fifth season we were only given six episodes to wrap up the entire series, which was such a difficult thing for the writers to navigate.

"Sam has been such a huge part of the show since we filmed the pilot so I was thrilled that we could have him come back. That we could see the rest of that story between Sutton and Richard play out.

"What's interesting about the situation they're currently in, is that there really can't be a fairytale ending for them. All because, no matter what happens, somebody doesn't get what they want, which is how we left them in season four.

"It's very true to life because relationships are so complex and so difficult," she continued. "And you know, the thing that Sutton and Richard have never struggled with is how much they love each other. It's always been external things that keep them apart, it's not enough for them just to be compatible. I think that there's such value in telling that version of the story as well.

"I wish I could be more specific about what happens to them, but it's such a fragile little thing that I feel like if I say anything more, it's just gonna blow the whole thing for you.

"But it was really a wonderful experience to explore that storyline with Sam because he's such a good buddy, such a great actor." 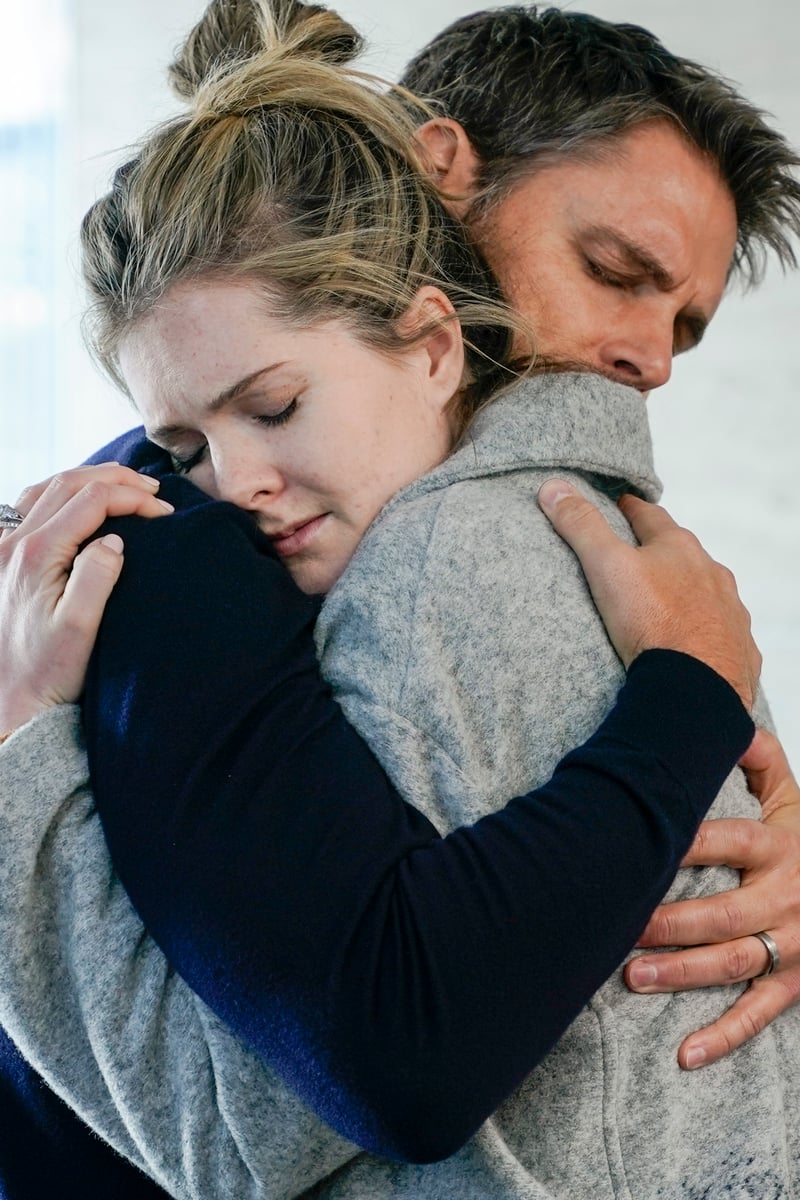 "Sam has been such a huge part of the show since we filmed the pilot so I was thrilled that we could have him come back." Image: Stan.

When it came time to film The Bold Type's final scenes, Meghann said that she and her longtime co-stars, Katie Stevens and Aisha Dee, took a quiet moment to say goodbye to each other away from the cameras.

"Our friendship is always going to be one of the best things to come from the show, so I don't think any of us really feel a loss on that front," Meghann said.

"For us, the most emotional scene from filming the final season was the last scene that we shot in the fashion closet. That was the last time that just the three of us filmed together, on the last day of shooting itself which was also amazing.

"There was also a very emotional moment where we were all really hit by the fact that it was the end.

"After we filmed that last scene in the closet we walked through some of the sets together and just kind of reminisced about some of the memories we'd made together in those spaces.

"It was a beautiful moment".

The Bold Type season five premieres May 27, only on Stan. New episodes will premiere weekly. All episodes of seasons one to four are available to stream now on Stan.