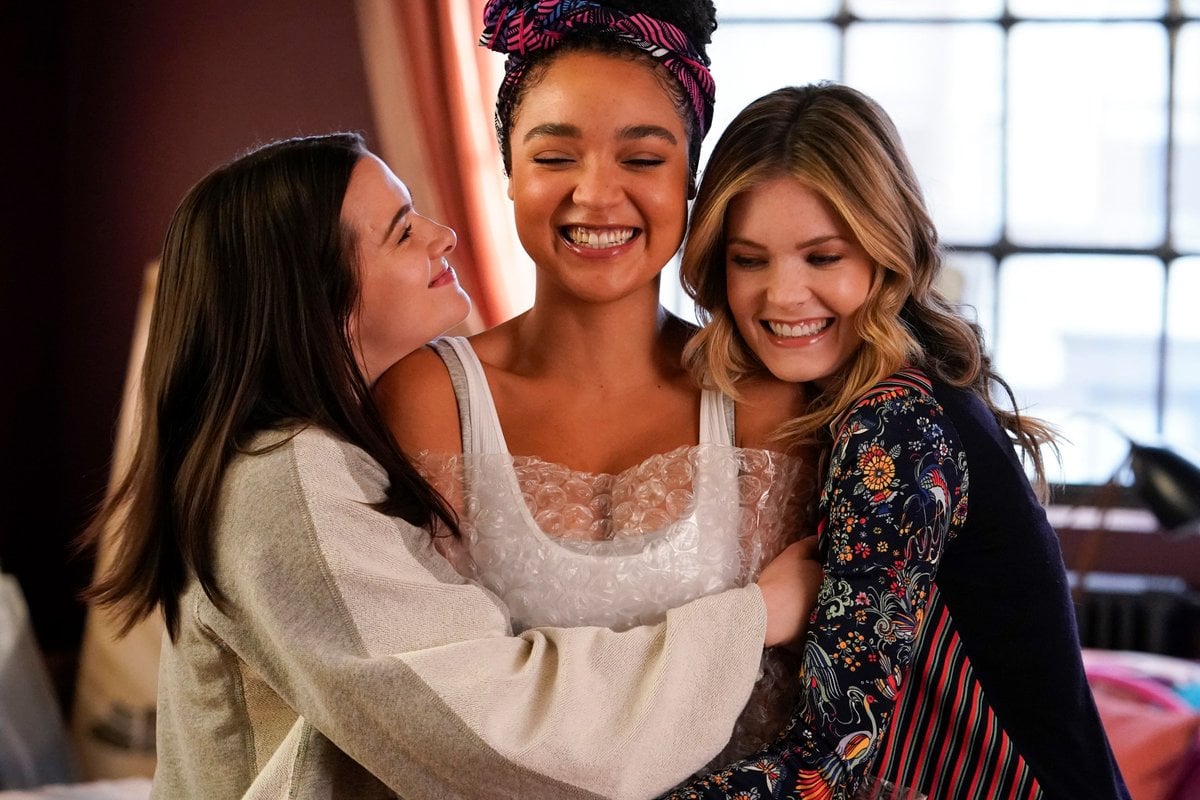 Stan's The Bold Type has carved out an important place for itself in the world of pop culture and entertainment.

A show that initially presents as a dreamy peek behind the curtain into the world of magazine and digital publishing in New York City, but soon reveals itself to be a nuanced exploration of female friendship, career, race, sexuality, and relationships.

The Bold Type was inspired by the life and career of former Cosmopolitan magazine editor-in-chief, Joanna Coles, who also acts as an Executive Producer on the series.

The fifth and final season drops on Stan on Thursday, May 27, and, as the culmination of five years of storytelling, is shaping up to be the most important season yet.

For Sutton Brady, the question around whether she and Richard Hunter (Sam Page) will end up together will finally be answered, along with a look into how her recent downward spiral will affect her personal life and career.

Jane Sloan has finally achieved her dream of running her own Scarlet vertical, and season five will explore how she handles this along with a problematic new love interest who happens to be her new employee. Season five will also cement Jane's legacy at Scarlet and what the next chapter of her life holds, after facing a brutal health battle and break-up.

The brand new season will also see drastic changes to the life of Kat Edison, who is finding her way as a bartender and podcast host after being fired from Scarlet.

Fans will finally find out if Kat ends up in the arms of her first love Adena El-Amin (Nikohl Boosheri) or Eva Rhodes (Alex Paxton-Beesleya), a conservative lawyer whose behavior was the catalyst for Kat losing her job.

In celebration of The Bold Type's upcoming best and final season, here are 6 ways it changed the game.

Take a look at the trailer for the brand new season of Stan’s The Bold Type. Post continues below.

1. Sexual abuse and assault storylines exist to highlight the experience of survivors, not over dramatise them.

Storylines surrounding sexual abuse and assault have always been woven into the storytelling fabric of The Bold Type, but not in typical TV fashion.

Season one culminated in an episode called Carry the Weight, in which Jane interviews a woman called Mia who is doing a piece of performance art in Central Park. One where she holds weights to symbolise that survivors like herself carry the experience with them always, and sometimes they can assist each other with the burden.

Jane’s article prompts her editor Jacqueline Carlyle (Melora Hardin) to share her own story of workplace sexual assault, allowing the narrative to focus solely on her experiences and pain. It’s a scene that proves TV shows don’t have to include graphic displays of sexual abuse against women in order to tell these stories.

Carry the Weight also calls out the problem with online activism leading to the sound of many voices, but no real support. An issue that is highlighted when Jacqueline points out that even though Scarlet magazine placed a livestream on Mia, allowing her message to be widely heard, at the end of the day she was still a survivor left to stand in a park alone.

Until the Scarlet ladies decide to stand with her, and Jacqueline offers to carry the weight.

2. The show's depiction of sexuality and love broke new ground.

There was once a time where bisexual or queer characters were always relegated to the supporting roles in TV shows.

Their storylines would play out across a handful of episodes and often the nuances of the experience were told through the eyes of the straight main characters.

The Bold Type’s Kat Edison identifies as a queer biracial woman and her main love interest throughout the series is photographer Adena El-Amin, who her portrayer Nikohl Boosheri has always described as a feminist, a lesbian, and a Muslim.

Which, until The Bold Type, was not normally a main love story you would see playing out across TV screens.

The series didn’t shy away from showing sex scenes and discussions about everything from first-time oral sex to coming out and navigating a new world of sexual identity.

3. Flipping the script by having a female boss who is inspirational and empowering, instead of vindictive.

Prior to The Bold Type finding its way to our screens, if you were to think of female bosses in pop culture, the brilliant but terrifying (and slightly unhinged) Miranda Priestly from The Devil Wears Prada would come to mind.

Throughout pop culture, there's always been a trend of depicting female bosses in a negative light, as vindictive, jealous and power-hungry. Nothing more than an added obstacle for the protagonist to overcome.

With the character of Jacqueline Carlyle, The Bold Type offered up a new type of character and storyline. A woman at the top of her game who didn't make her employee's lives hell just for the sake of comedy, and who also didn't present as a one-dimensional character. A figure who dolls out sage advice and then disappears so her younger employees can have the spotlight. 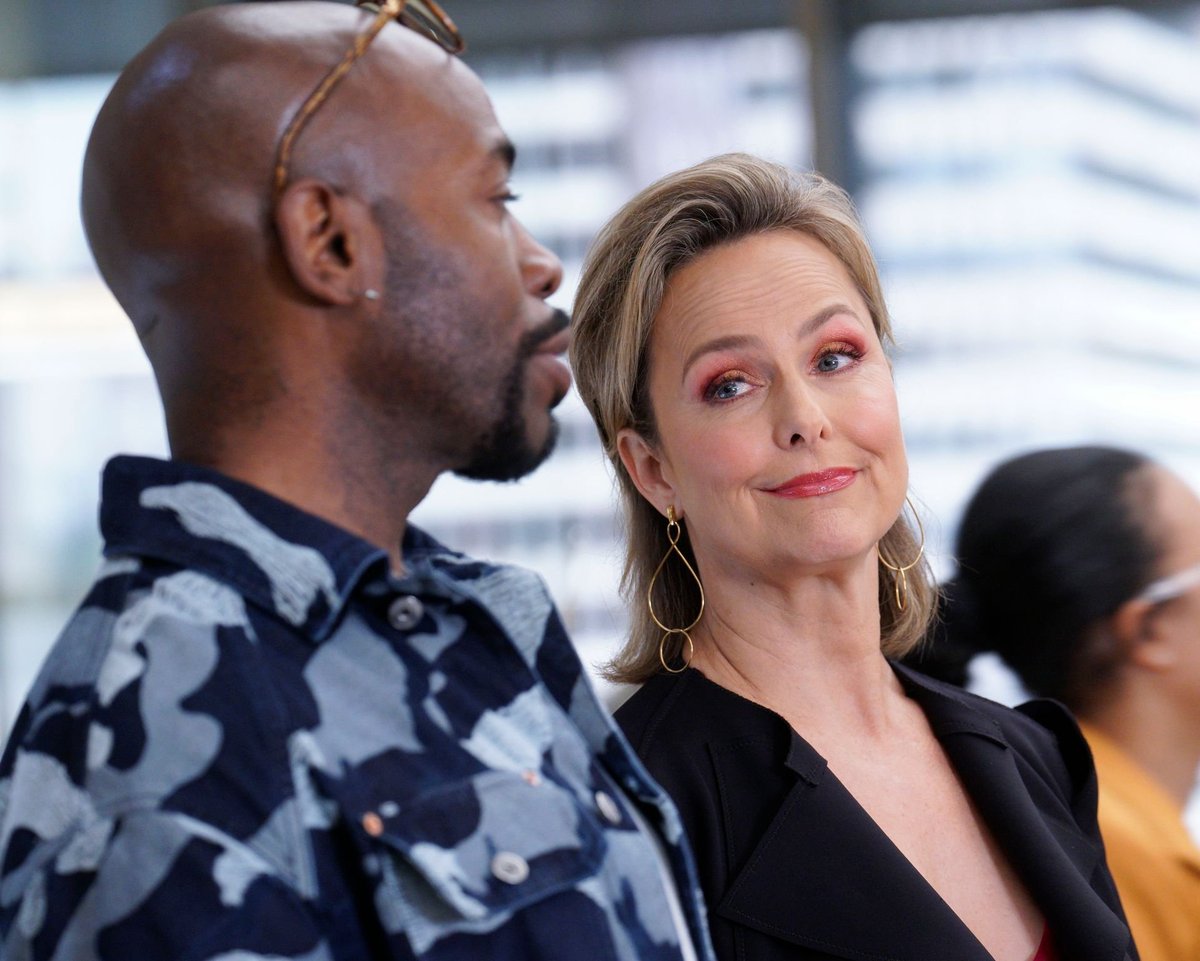 The Bold Type flipped the script with the character of Jacqueline Carlyle, played by Melora Hardin. Image: Stan.

4. Jane's BRCA storyline both brings awareness to the condition and is seen as more than just a one episode plot point.

Early on in The Bold Type's run, viewers learned that Jane Sloan had lost her mother to breast cancer.

The consequences of Jane finding out she has the BRCA mutation at 26 is covered across many aspects of her life. From dating, sex, fertility, and career, and across multiple seasons of The Bold Type.

For many women, it would have been the first time they saw a character with their medical condition given a leading plotline across a popular show. For others, it acted as a source of education and awareness, a reminder to always check your breasts and seek medical advice when needed.

The Bold Type's Kat Edison is a biracial woman in a world where she is pushed to define herself as either Black or white. A woman who also begins to question her sexuality and identify as queer at 25.

Through Aisha Dee's brilliant portrayal of the character, The Bold Type was able to explore a number of storylines exploring racial identity, discrimination, and abuse throughout the show's run.

From Kat questioning her own labels after speaking with her parents, who are in a mixed-race marriage, to seeing the world through Adena's eyes as a Muslim immigrant, and facing discrimination in the workplace, the issue of racial prejudice has been explored across every season of The Bold Type.

In one particular episode, called Stride of Pride, Kat and Jane discuss the issue of racism in a different way, when Jane is left angry that she's been passed over for a job as the workplace in question was looking to diversify their staff away from just white women.

But isn't that great? Kat enthuses, that a company is taking such important steps to be inclusive. Jane agrees, but still voices her anger that if it wasn't for a diversity shift, the job would have been hers.

This leads Kat to ask the all-important question and get Jane to explain why she's only happy to support diversity and inclusion on the condition that she herself doesn't have to give anything up.

6. The show captures the intricacies of real female friendships on screen, both the good and the bad.

Usually, if a series has more than one female lead, then the two women are destined to fight over the same guy or at least be relegated to a frenemy-style relationship.

Kat, Sutton, and Jane never fall into these storytelling traps. Instead, their friendship plays out in a genuine way. They're each other's professional and personal life raft, with in-jokes and a language that only they understand.

They still fight and bruise each other's feelings in that particular way that only close friends can. They celebrate each other's wins and also seethe with relatable jealously when they feel they're missing out.

The Bold Type shows the true, unbreakable loyalty and love that forms between women at work.

The brand new season of The Bold Type premieres May 27, and every episode of the first four seasons are now streaming, only on Stan.