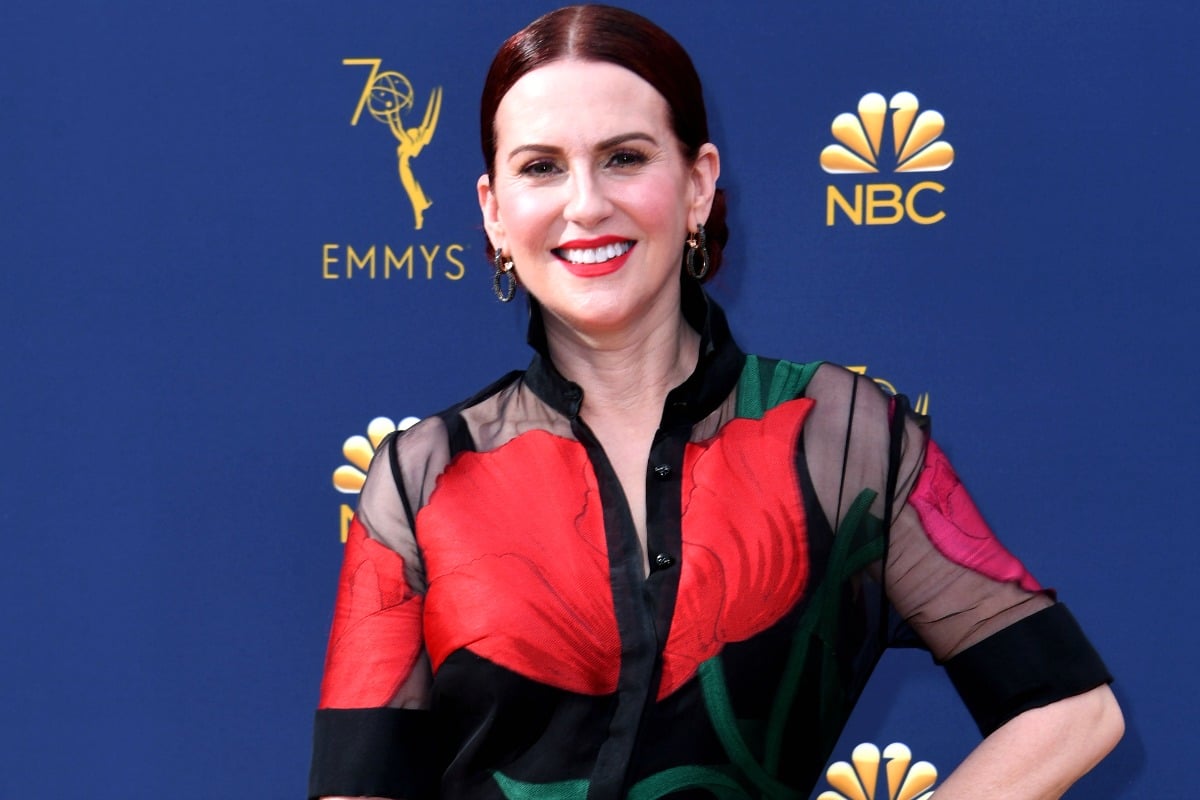 Megan Mullally, a successful actress, comedian, and singer, is gearing up for one of the biggest professional events of her life, but there’s just one glaring problem.

The Will and Grace star has landed the prestigious gig of hosting the 2019 Screen Actors Guild Awards, one of Hollywood’s biggest award shows and red carpet events, yet no designers will deign to dress her for the occasion.

In a post on Instagram, Megan joked about the “glamour” of attempting to source her own dress for the televised event, even though she will probably take up the lion’s share of screen time as the person who is actually running the show.

“It looks like I will be buying my dress online,” she wrote. “Designers do not send me dresses. I’m online scrolling through the gowns sections of various websites- which I know how to do pretty well at this point- and then I tried to order something from Saks Fifth Avenue and they canceled my order.”

yes, i will be hosting!! thanks @sagawards! will i be dressed as a spanish senorita? we don’t know. looks like i will be buying my dress online though, as per my usual, even though there is literally a 100 percent chance that i will be on camera, because I’M HOSTING IT. designers do not send me dresses. i’m online scrolling through the gowns sections of various websites- which i know how to do pretty well at this point- and then i tried to order something from saks fifth avenue and they cancelled my order ???? oh, the glamor of it all. in other news, hosting this great show honoring amazing actors is going to be cool, and i may get to meet olivia coleman. please send jokes! xx @saks

It’s a sad day when the star of the show cannot even swing a designer dress, presumably because designers are too busy clamouring to dress other actresses, but unfortunately, this predicament is actually nothing new.

Megan is actually just the latest name to be added to the long list of actresses who designers refuse to offer gowns to, even if they are on the awards and red carpet circuit to have their work celebrated.

“I went through this for an entire awards season,” The Big Sick award-winning screenwriter commented. “Five events a week and I dressed myself the whole time. You won’t need help after this post, but on the off chance you want better sites to peruse and hard-fought connections at those sites, hi I’m here!”

Movie star and Academy Award nominee Melissa McCarthy has also found herself in this situation. She actually got so fed up with the non-inclusive fashion industry that she decided to co-design her own plus-size line with Daniella Pearl in 2014.

“Two Oscars ago, I couldn’t find anybody to do a dress for me,” the star told Redbook in an interview. “I asked five or six designers — very high-level ones who make lots of dresses for people — and they all said no.”

It appears that even if you are collecting statues left, right and centre during awards season unless your body fits into a certain stereotypical ideal of beauty you’re left to forage for a dress for yourself, as actress Octavia Spencer was forced to do.

“I’m just a short chubby girl,” she said told The Hollywood Reporter in 2012, the year she won both a Golden Globe and an Academy Award.

“No designers are coming to me. Maybe I should have sworn off peanut butter last year instead of this year. One of the best things about awards shows are you get to wear clothes you would never get to wear.”

Actress Christina Hendricks has also spoken publicly about designers not wanting to dress her, even when she was starring on a hit TV series.

“It is difficult come awards season, and I need to find a gown to walk down the red carpet in,” she in an interview with Glamour. “There are only size zeros and size twos available. Then it becomes downright annoying because all these designers are saying, ‘we love Mad Men, we love Christina, but we won’t make her a dress”.

Unfortunately, it’s not just during awards season that successful women in the entertainment industry find themselves unable to work with designers due to their size and body shape.

Model Ashley Graham has graced the covers of countless fashion and lifestyle magazines, yet when it came time for her to appear on the January 2016 cover of British Vogue, the majority of high-end designers refused to allow her to wear their clothes.

In an editor’s letter appearing in that same issue, British Vogue Editor-In-Chief Alexandra Shulman wrote that many brands “flatly refused” to send clothes to the magazine for Ashley to wear because she was out of the “sample range.”

Coach was the only fashion brand that eventually agreed to provide clothing.

It’s a sad fact that even with such a prevalent and highly publicised push for body diversity in the entertainment industry and within wider media coverage, talented and successful women are still being held-back and essentially shamed for their bodies.

The truth is that Megan Mullally will slay hosting the Screen Actors Guild Awards no matter what she is wearing, but that’s also just not the point.

I've been short & plump all my life - even at my thinnest ( which really was pretty small ).
It's a good thing that I've always found mainstream fashion utterly boring and unimaginative.
No designer would ever be humble enough to send me clothes either.

My choice in clothing has always been sort of hippy / gothic.
I love the colors, the floaty cotton fabrics or the velvets.
You won't find those in Myer, DJ's or Susanne. (these were the mainstream outlets when I was "under 40".
You'd never have caught me wearing white pants, white shirts ( unless it was under a black vest - quite a different sensibility ).

To find clothes that actually fitted and draped properly I would haunt the "Indian shops".
Places like "Tree of Life" were ( and still are ) my refuge when the world seemed to go "skinny-fashion" mad - plus they smell good.
Most market-stalls are cool too.

I'm grateful for my body - it's served me well despite the various health issues over the years.
By not being able to conform to the brain-washed norm it may have saved me from being part of a tribe to which I could never have been accepted into or belonged.

Wouldn't the obvious solution be for other famous women to stop supporting companies that are like that?

Then they'd literally have nothing to wear. All mainstream clothing companies use exceedingly small sample sizes. It would be great to have alternatives that cater to normal sizes rather than assuming all women are the size of a toothpick, but that's not how the world works right now.

But then how did Leslie Jones get outfits for fashion week? She's basically built like an Amazonian and she was dressed fashionably.

There's companies out there that make clothes for people of any shape, but as long as the ones who make trendy or size 0 stuff are the ones getting pushed to the front on red carpets and by the worlds most famous/fashionable women, they're not going to change anything.

But then how did Leslie Jones get outfits for fashion week? She's basically built like an Amazonian and she was dressed fashionably and looked great.

There's companies out there that make clothes for people of any shape, but as long as the ones who make trendy or size 0 stuff are the ones getting pushed to the front on red carpets and by the worlds most famous/fashionable women, they're not going to change anything.

A quick Google search would suggest that only a couple of designers have agreed to give her free merchandise in return for some really nice publicity as being the only designers willing to "dress her". They'd want a return on their investment too, as it means they'd need to make something specifically for her, rather than just lending their (already made) sample sizes to rail-thin celebrities.

When celebrities are "dressed by" a design house, it usually means the clothes were already made as a sample, not for the celebrity specifically. The latter is obviously a far more expensive and time-consuming option, that usually entails contractual dressing agreements - think Jennifer Lawrence (another not-size-two actress) and Dior. Conversely, the majority of red carpet "dressed by" situations involves off-the-rack samples.