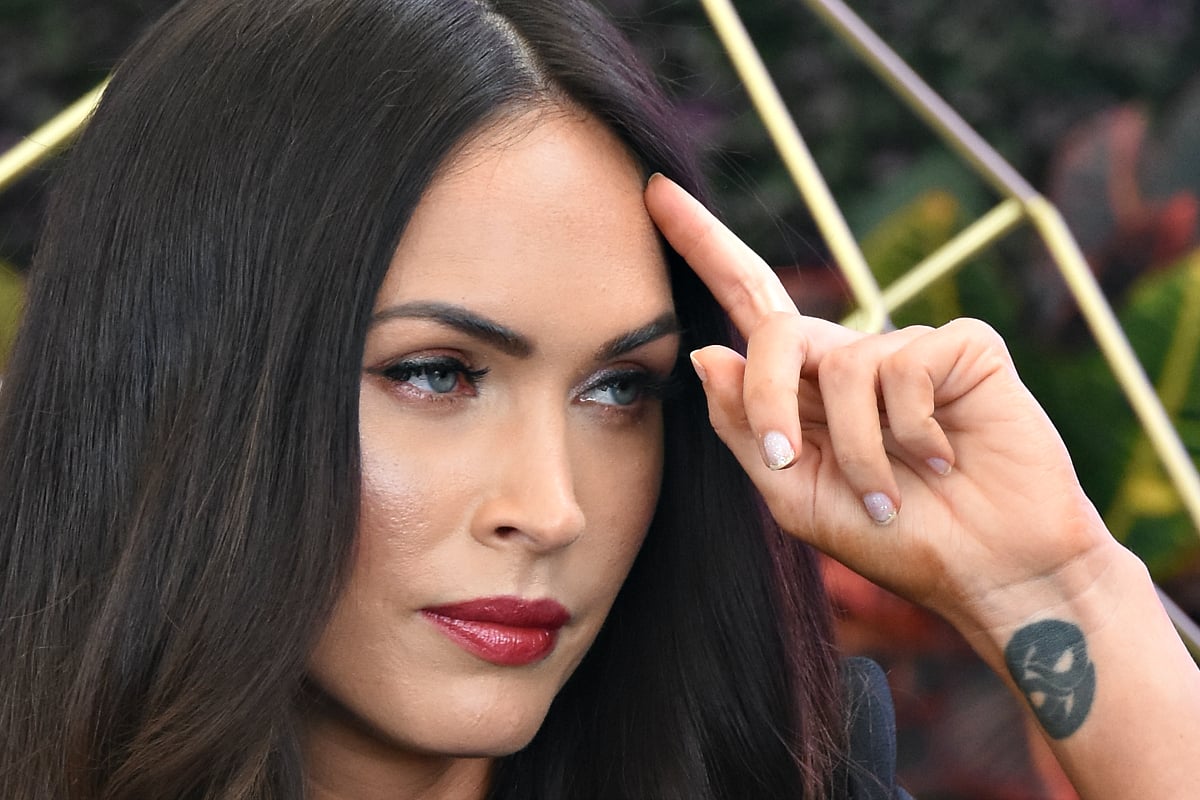 But like so many successful women to come through the film industry before and since, her profile wasn't enough to shield her from the sexism of its powerful playmakers.

A 2009 interview with Jimmy Kimmel on his late-night talk show has been resurfaced on Twitter as an example of what Fox endured.

teen girls being preyed on by older men has never been taken seriously and still isn’t pic.twitter.com/t1rF80UTj1

The clip, which has been favourited more than 188,000 times, shows Fox recounting her first on-set experience with blockbuster director Michael Bay, whom she'd most recently worked with on Tranformers.

"I had just turned 15, and I was an extra in Bad Boys II. They were shooting this club scene, and they brought me in, and I was wearing a stars-and-stripes bikini and a red cowboy hat and, like, six-inch heels," she said.

"[Bay] approved it, and they said, you know, 'Michael, she’s 15 so you can’t sit her at the bar, and she can’t have a drink in her hand.' So his solution to that problem was to then have me dancing underneath a waterfall getting soaking wet. At 15, I was in 10th grade. So, that's sort of a microcosm of how Bay’s mind works."

The reaction? Audience laughter, Kimmel's laughter. And this response from the host: "Well, that's really a microcosm of how all our minds work."

As if that didn't say enough about the disturbing sexualisation of the actor, the segment prior certainly did.

After speaking about her love of drawing, Fox, then 23, produced a tongue-in-cheek caricature she'd created of a muscle-bound Kimmel.

He reciprocated with a drawing of his own: "I thought it would be fun to draw the two of us together..." 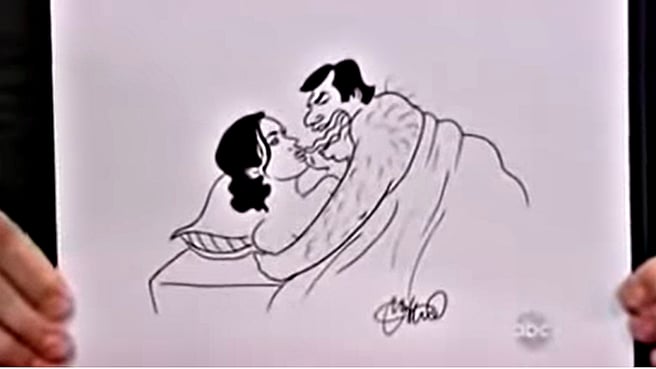 "You've got your tongue out and I've got my tongue out." Image: ABC.

The fact that the Kimmel interview went largely ignored until now reflects the progress made by the #MeToo and #TimesUp movements.

But sadly, it also reflects the scale of what else Fox was subjected to.

Two months later, in July 2009, Fox told The Guardian that she'd received the role on Transformers thanks to a disturbing audition process at Michael Bay's home.

The reporter wrote, "He made her wash his Ferrari while he filmed her. She said she didn’t know what had happened to that footage. When I put it to Bay himself, he looked suitably abashed. 'Er, I don’t know where it is either.'"

When she raised her voice again about Bay's conduct in an interview with Wonderland magazine later in the year, the industry retaliated.

"[Michael] wants to create this insane, infamous mad-man reputation," she told the publication. "He wants to be like Hitler on his sets, and he is. So he’s a nightmare to work for but when you get him away from set, and he’s not in director mode, I kind of really enjoy his personality because he’s so awkward, so hopelessly awkward. He has no social skills at all. It’s endearing to watch him. He’s so vulnerable and fragile in real life and then on set, he’s a tyrant."

Later in the interview she added that Bay would give her directions to "be hot". "I’ve had that note on set before. 'Mike,' I’ll say, 'Who am I talking to? Where am I supposed to be looking at?' And he responds, 'Just be sexy.' I get mad when people talk to me like that."

Within days, a letter appeared on Michael Bay's official website that had been penned by three "Loyal Transformers Crew". The letter defended Bay against Fox's comments, suggested she was ungrateful given he'd plucked her from "total obscurity" and described her as, among other things, "dumb as rocks", a "bitch" and "Ms. Sourpants" — "sadly she never smiles," they wrote.

"So this is the Megan Fox you don’t get to see. Maybe she will learn, but we figure if she can sling insults, then she can take them too. Megan really is a thankless, classless, graceless, and shall we say unfriendly bitch. It’s sad how fame can twist people, and even sadder that young girls look up to her. If only they knew who they’re really looking up to."

No prizes for guessing who emerged worse off from this vicious exchange.

By virtue of calling out inappropriate conduct of a powerful director (and yes, a seriously poorly chosen analogy), Fox was fired from the Transformers franchise and slapped with one of the most career-crippling labels in Hollywood: 'difficult to work with'.

Bay, who has been accused of inappropriate behaviour by several other actors, including Kate Beckinsale, has continued directing and producing at pace ever since.

Meanwhile, over the past decade, Fox has been far less visible in Hollywood, with a smattering of roles including two instalments of the Teenage Mutant Ninja Turtles franchise. But she's in the midst of a resurgence, with six films currently in production or post-production.

Funny how now that Fox has returned to a post-#MeToo Hollywood, that "difficult to work with" label just doesn't seem to stick like it used to.

Reply
Upvote
5 upvotes
@laura__palmer it's not just the perving, he filmed it as a so-called 'audition', and now has no idea where the footage is? Sure, Jan.
L
laura__palmer 2 years ago