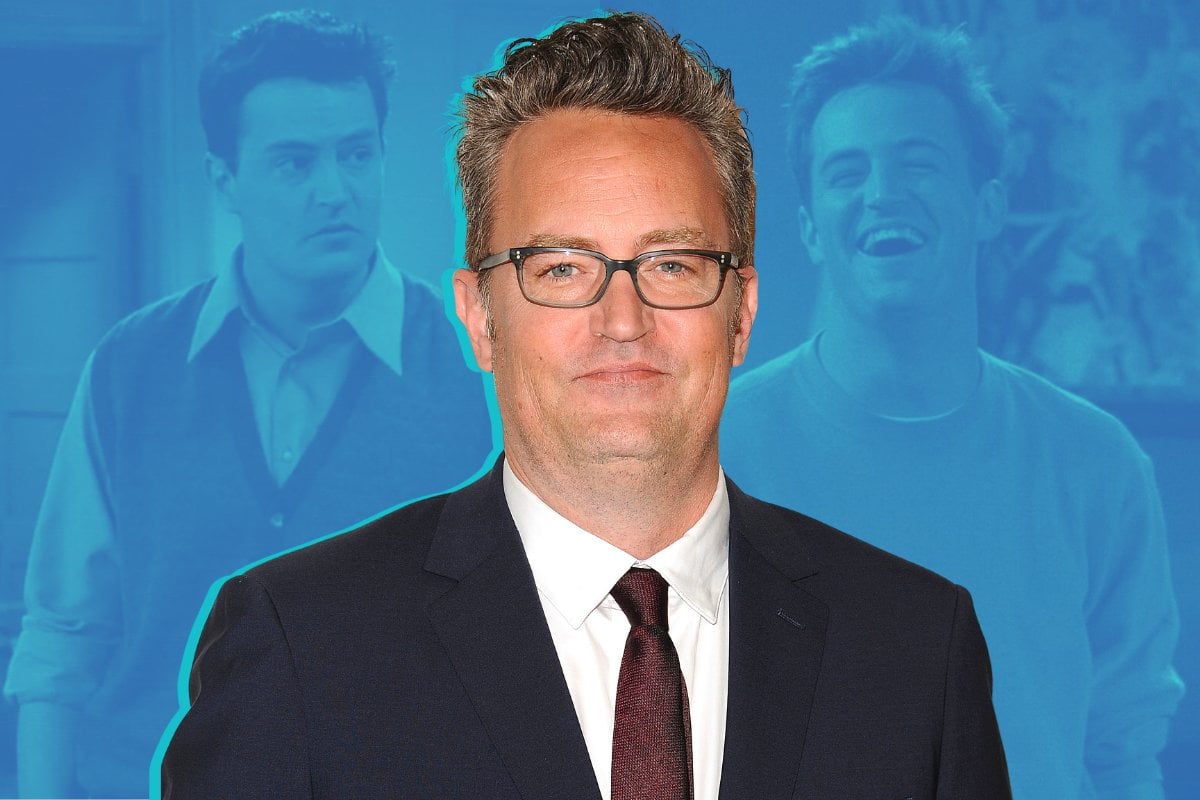 For 10 years, Matthew Perry made audiences laugh as Chandler Bing on Friends.

But behind-the-scenes, the actor was dealing with his own issues.

The 51-year-old has struggled with an addiction to alcohol and Vicodin for years. It was an addiction which saw him sent to rehab twice while filming the American sitcom.

Watch the iconic pivot scene from Friends. Post continues below.

Now, 27 years on from the show's premiere, here's everything we know about Matthew Perry's life outside of the spotlight.

His time on Friends and struggle with addiction.

Matthew Perry became a household name when he landed his breakout role in Friends in 1994. Before that, the up-and-coming actor played small roles in TV series Home Free and Sydney which were later cancelled.

Perry ended up landing the role and was quickly catapulted into fame thanks to the show's long-running success. But behind the scenes, the actor struggled with alcohol problems.

"The six of us were just everywhere all the time. From an outsider's perspective, it would seem like I had it all. It was actually a very lonely time for me because I was suffering from alcoholism." 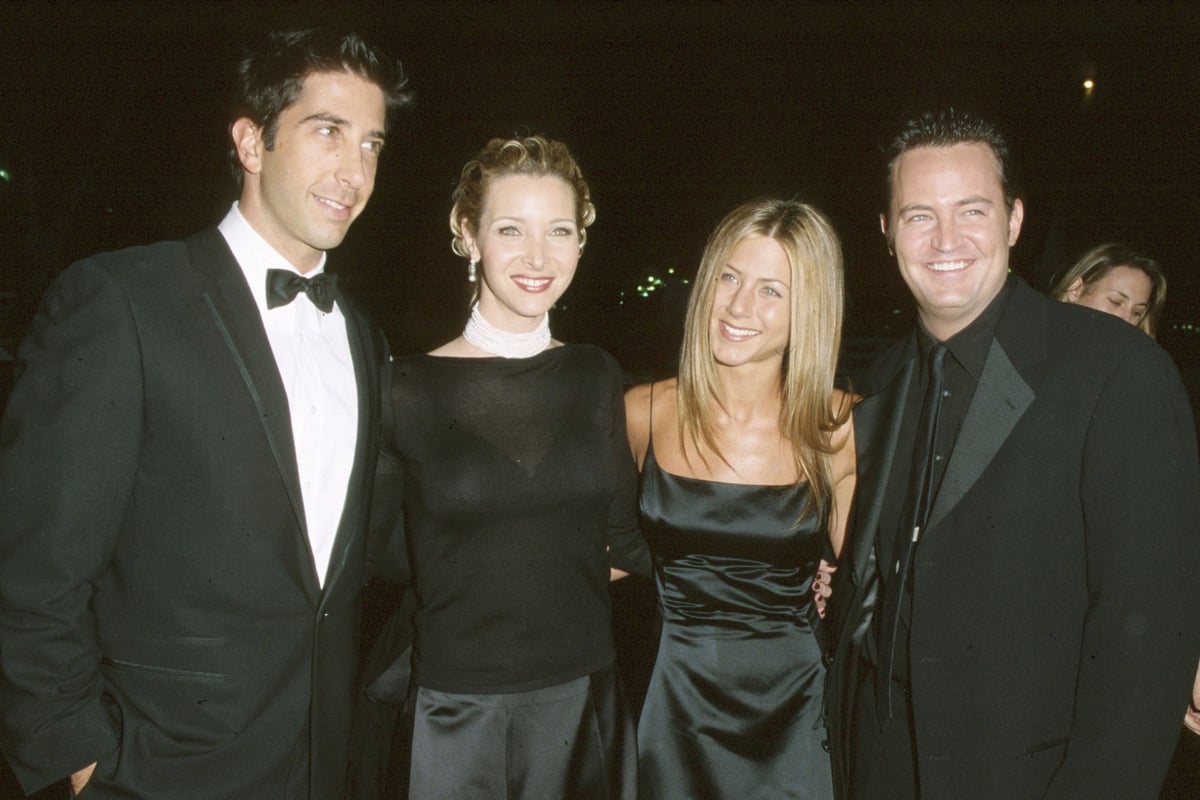 The American-Canadian actor later developed an addiction to Vicodin, which he was prescribed after a Jet Ski accident in 1997.

"It wasn't my intention to have a problem with it," he told People. "But from the start I liked how it made me feel, and I wanted to get more."

Perry went on to lose 20 pounds (around nine kilograms).

"I was out of control and very unhealthy. I returned to my original birth weight," he joked.

That same year he went to rehab for the first time and spent 28 days at the Hazelden rehab center in Minnesota.

"I was able to stay sober for a brief period," he told People. "But I didn't really get it."

In May 2000, he spent two weeks in Cedars-Sinai Medical Centre in Los Angeles for pancreatitis, an inflammation of the pancreas caused by alcohol abuse. However, the day he was released from hospital he crashed his Porsche into an unoccupied house. 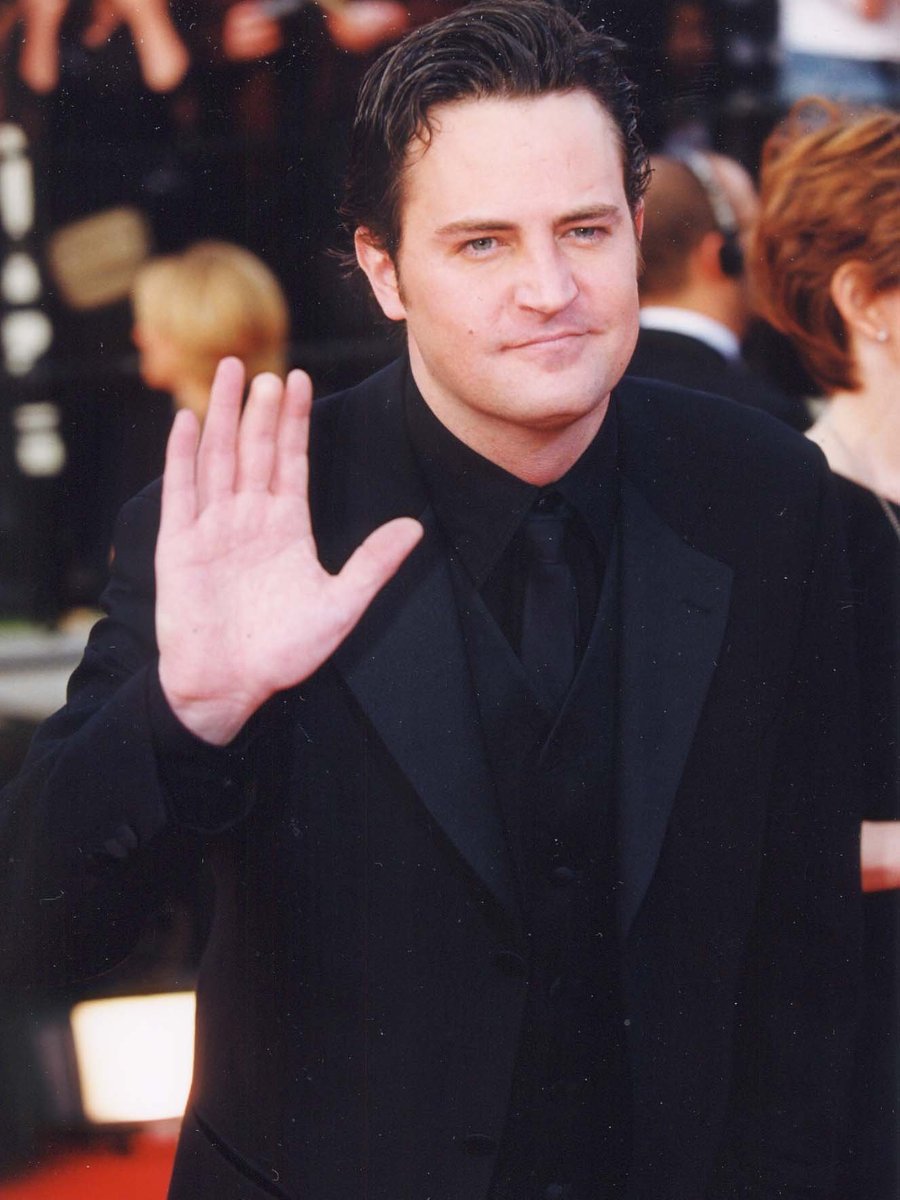 At work, Perry was also struggling.

''I had this odd rule that I would never drink on a set,'' he told The New York Times.

''But I went to work in extreme cases of hangover. It's so horrible to feel that way and have to work and be funny on top of that.''

He later shared that he couldn't remember "three years" of Friends.

"I was a little out of it at the time... somewhere between seasons three and six," Perry told BBC Radio 2 in 2016.

Fortunately, on February 23, 2001, Perry had a "moment of clarity" and decided to ask for help with his addiction. His parents later drove him to an undisclosed rehab center where he "learned that a happy life is possible without alcohol or drugs".

In 2011, he went back to rehab as part of his recovery and two years later he opened Perry House in Malibu as a sober-living facility for men, which was later sold.

"I've had a lot of ups and downs in my life and a lot of wonderful accolades," he told the Hollywood Reporter. "But the best thing about me is that if an alcoholic comes up to me and says, 'Will you help me stop drinking?' I will say, 'Yes. I know how to do that.'"

His three months in hospital.

In 2018, Perry briefly disappeared from the public eye.

In September, he eventually broke his Twitter silence to share that he was hospitalised for three months.

Fans were worried about the actor, whose rep told ET in August that year that Perry "recently underwent surgery in a Los Angeles hospital to repair a gastrointestinal perforation” which occurs when holes form in the stomach, large bowel or small intestine.

"He is grateful for the concern and asks for continued privacy as he heals."

The Friends reunion and his slurred speech.

Before the Friends reunion special aired, fans expressed concern about Perry based on a trailer which appeared to show him slurring his words.

An insider 'close to the star' told The Sun this was because Perry had emergency dental surgery hours before the interview, which "was said to impact his wellbeing and also how he was feeling".

During the Friends reunion episode in May 2021, Perry recalled the overwhelming pressure he felt while on the show.

Perry told his cast mates as they visited the Central Perk set that he "felt like I was going to die" if his jokes didn’t get laughs from the live audiences.

"It's not healthy, for sure, but I would sometimes say a line and they wouldn't laugh and I would sweat and just, like, go into convulsions. If I didn't get the laugh I was supposed to get, I would freak out."

Lisa Kudrow remarked that he never told his co-stars about that.

"Oh, yeah," Perry responded. "I felt like that every single night."

Perry also got emotional as he spoke about his special friendship with his co-stars.

"The best way that I can describe it is after the show was over, at a party or any social gathering, if one of us bumped into each other that was it, that was the end of the night, you just sat with that person all night long," Perry said to his co-stars.

"You apologised to the people that you were with but they had to understand, you had met somebody special to you and you were going to talk to that person for the rest of the night.

His engagement to Molly Hurwitz.

Earlier in November 2020, Perry announced his engagement to his 29-year-old girlfriend, Molly Hurwitz.

The actor shared the exciting news in a statement to People, praising Hurwitz as the "greatest woman on the face of the planet".

"I decided to get engaged," he told the publication. "Luckily, I happened to be dating the greatest woman on the face of the planet at this time."

The couple have reportedly been dating since 2018.

This article was originally published on November 29, 2020 and has been updated.