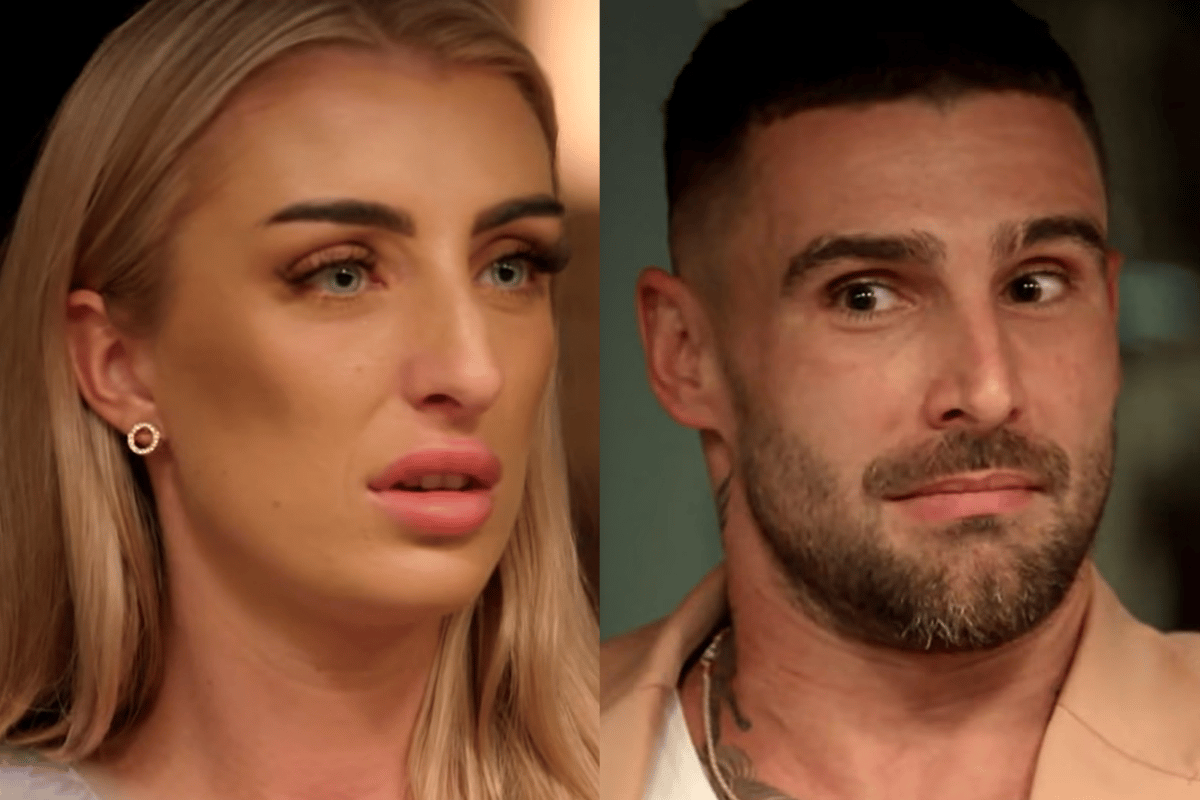 Married At First Sight has just two episodes to go, and boy are we in for a ride.

This season has been anything but calm - from drama-fuelled arguments to morally questionable scandals.

As the end approaches, here's everything we know about the MAFS reunion so far.

Brent will address the Tamara and Mitch cheating rumours.

In a new teaser, it was revealed that Brent will call out his former bride Tamara by telling the group that she had texted with another groom between the final commitment ceremony and the reunion.

"We saw the call logs, and we saw the messages," Brent responds.

The news seems to be a revelation for the other brides and grooms, who all appear shocked.

THIS IS GOING TO GET MESSY.

According to former brides, Tamara made it clear that she had no problem being the season's villain by admitting she might "steal" someone's husband.

In a recent interview, Ella told Who, "They didn't show it, but from the start she said that if she wasn't happy with her husband, she would go for someone else's.

"And that didn't get aired, so straight away I was like, 'Okay, this woman's not here for the right reasons.'"

In another interview with Mike E and Emma, Ella opened up about the potential cheating scandal between Tamara and Mitch.

"She did reach out before final vows because the reunion is filmed six weeks post final vows," she told the radio hosts.

"She wanted to grab dinner with him and Sam and a mutual friend they had. Mitchell did tell me and he told Brent... but the intentions behind it all, it is pretty grey."

Listen to Cancelled, Mamamia’s podcast all about the ridiculousness of cancel culture. Post continues after audio.

Ella had a "gut" feeling about Tamara and Olivia.

When Ella first met Tamara and Olivia, she admits there was not a "good energy"

"From the get-go at the hen's party, I didn't get good energy from Olivia. She's nice on first impressions, but I had this feeling in me that there was something else to her. I was like, 'Oh, I don’t really know,'" she told Who.

Ella has defended her close friend Domenica, who she says has been misunderstood by the other brides.

"Domenica, she's one of my best friends. I've gained a true close friend out of this experiment; she always had my back, and I always had hers," she explained.

"She's always got everyone’s back, but people misunderstand where she's trying to come from. Some people take it the wrong way as her butting in."