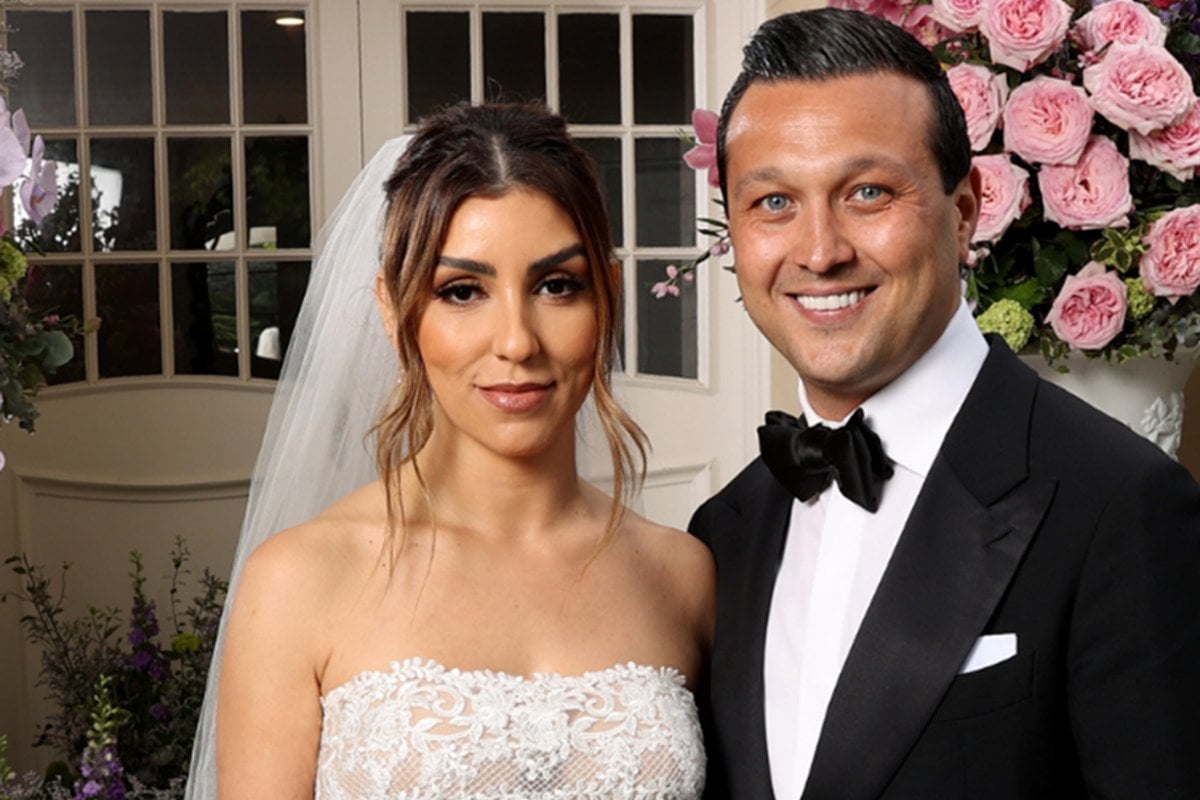 If you’ve been watching Married At First Sight - and of course you have; it’s okay, there’s nothing to be ashamed of, we’re all friends here - then you know we must talk about Carolina. 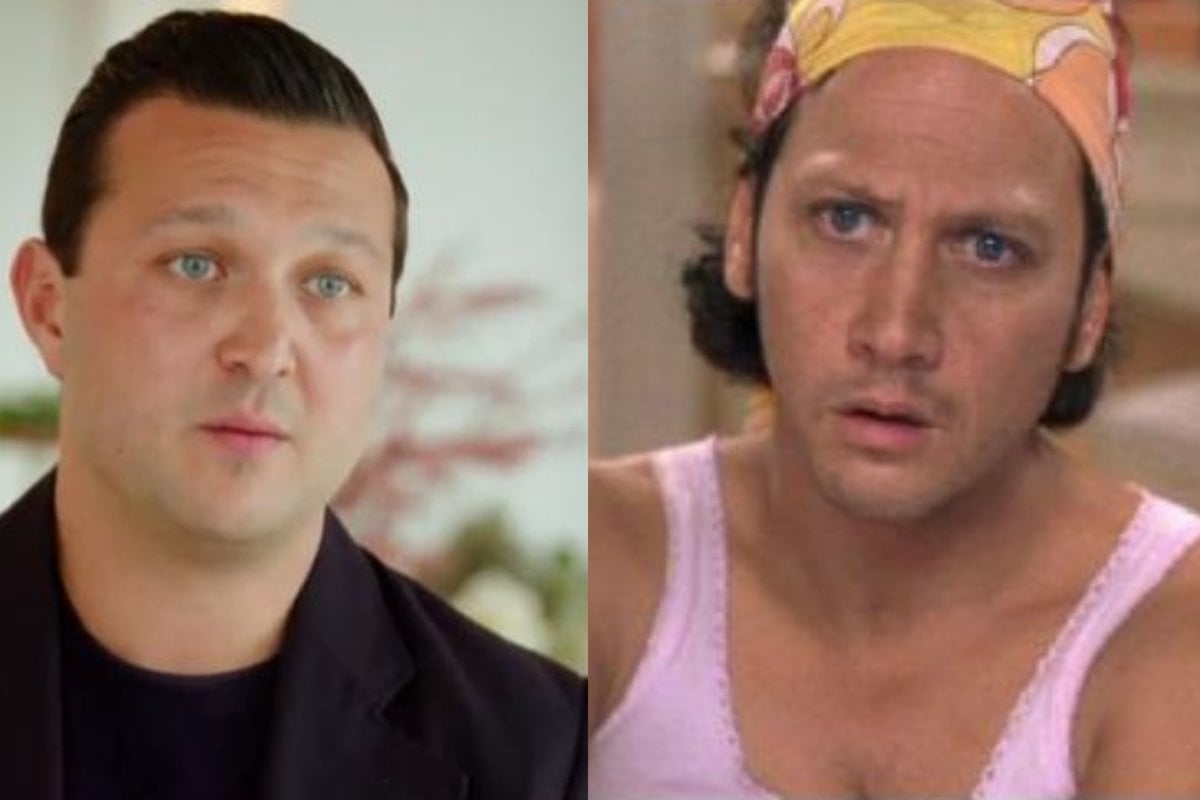 Is it just me?

And when I say “relatively fine”, I mean they are civil for all of a day before Carolina catches the dreaded... ick. While still on their honeymoon, she accuses Dion of only having women interested in him because he’s rich.

She then finds some real faults with him: Dion never eats breakfast even though he knows Carolina loves it. He doesn’t even eat brunch! L'horreur. Also, he likes 80's music, and she likes rap. Also, she’s a gym junkie and Dion has never set a foot inside one.

Whoever signed off on the Carolina and Dion coupling seriously needs to reassess their “matchmaking” skills #MAFS #mafsau pic.twitter.com/wXrA2h1qxt

This is all too much for Carolina. The relationship experts clearly made a huge mistake. Which is surprising, because they hardly ever do that and there are many successful relationships that come out of this show and HAHAHAHA. HA.

Then in the photo ranking test Carolina places Dion third last. But fear not, she tells him, because if it was a personality ranking test he still wouldn’t be anywhere near the top. In the immortal words of Cher from Clueless: That was way harsh, Tai.

Cue the BIGGEST SCANDAL EVER.

As she looks over the photos in the ranking test, she lingers on Daniel’s photo and sighs longingly. Cartoon birds flutter overhead, singing the ancient song of love. “I like Daniel’s vibe,” she tells us in a piece to camera. “It’s a bad boy vibe. He’s very tall... and my husband wears heels.” 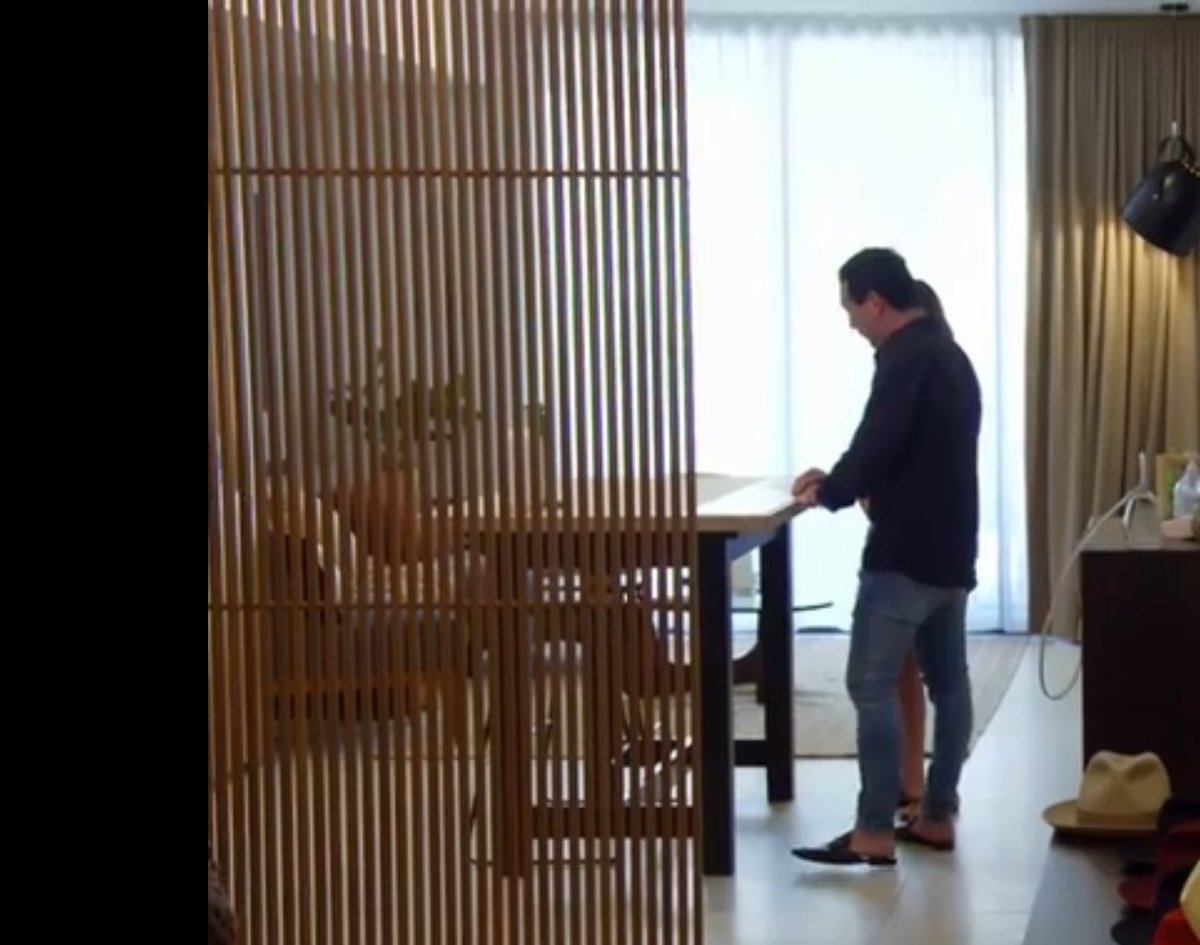 HOW DARE HE. (Image: Nine Network)

Short men everywhere would be outraged if they actually watched MAFS. But most of them are likely doing other things with their lives: folding laundry, loading dishes into the dishwasher, shopping for heels, trying to survive a world that seems to be falling down around us, that kind of thing.

In all seriousness, Carolina is perpetuating a myth that has existed for a very long time - that men who are taller are better. And she’s not the only one. Watch any other dating reality TV show, be it Too Hot To Handle, Love Island, The Bachelor, Are You The One?, Ex On The Beach, and the same refrain pops up again and again when the women are asked who their type is: “Tall.” Sometimes it’s “Tall, dark and handsome.” Sometimes it’s “Tall, blonde and blue-eyed.” Sometimes it’s “Tall, ripped and tanned.” The answer is never: “I want someone short, or shorter than me.”

Listen to Mamamia podcast Cancelled to hear more about MAFS. Post continues below.

According to Psychology Today, the stigma against short men is linked with bad boy behaviour.

In a study, women were shown pictures of smiling, happy men and moody, proud men. They were far more attracted to the moody men because they reeked of “bad boy” vibes. Women don’t believe short men can be bad boys because short men can’t win in a physical fight against another man.

Logically, this argument is less than sound because height is but a single factor in a fistfight. There’s also weight, physique, strength, and experience.

Let’s not forget the fact that being judged on physical appearance - something we, as women, know all too well - has nothing to do with a person’s true inner self.

Recently Selling Sunset’s Chrishell Stause spoke to TMZ about dating Jason Oppenheim, who is a good few inches shorter than her, and how those who didn’t date shorter men were missing out. She couldn’t believe people were still talking about height in this day and age. “What year are we in now? How old are we? Who cares? It’s more about what’s inside. It’s about how they treat you and if you guys have chemistry, I think the height thing is overdone.”

And Spiderman himself, Tom Holland, who is dating fellow actor Zendaya, has criticised people who comment negatively about the height difference between himself and his partner, saying that it is a “stupid assumption” to make.

“This is normal too. My mum is taller than my dad,” Zendaya has said. “I honestly never thought of it as a thing because my parents were always that way, so I didn’t know that people cared. I had no construct of it.”

Zendaya and Tom Holland couldn't give less of a [enter expletive of your choosing here] about their height difference. pic.twitter.com/ugpWdI4yJs

The moral of this story is: Don’t be like Carolina. You could be missing out on something amazing if you focus on something so superficial.

Reply
Upvote
Carolina perpetuates an attitude held by many in the community.   "Taller people are perceived to be more intelligent and powerful," according to the study, published recently in the Economic Record, and tall men in Australia earn about $1000 more a year than shorter men -in the USA the income disparity is more pronounced.
I am a short man, used to be 167 cm, down to 165 cm in my middle age.  I never looked at a woman's height - personality, values and eyes were what I used to notice first, until I realised that appearances are just that.  All the women I dated, bar two were same height or taller than me.  Despite this the jabs about my height from friends , family & even strangers have been a constant feature, I laugh about it but it still hurts a bit however much I try to ignore them. What hurts more and angers me are when men are outright dismissed because of their shortness  - women would be just as offended if they were dismissed straight away because they are tall. Maybe it is because I know how much it hurts to be judged on something you cannot change and maybe because my youngest son is only a couple of cm taller than me. I had to imprint into him that he is worth it for the woman who can see past his height - pleased to say that he's happily living with his, taller, female partner of 7 years.
M
mb1111 3 months ago