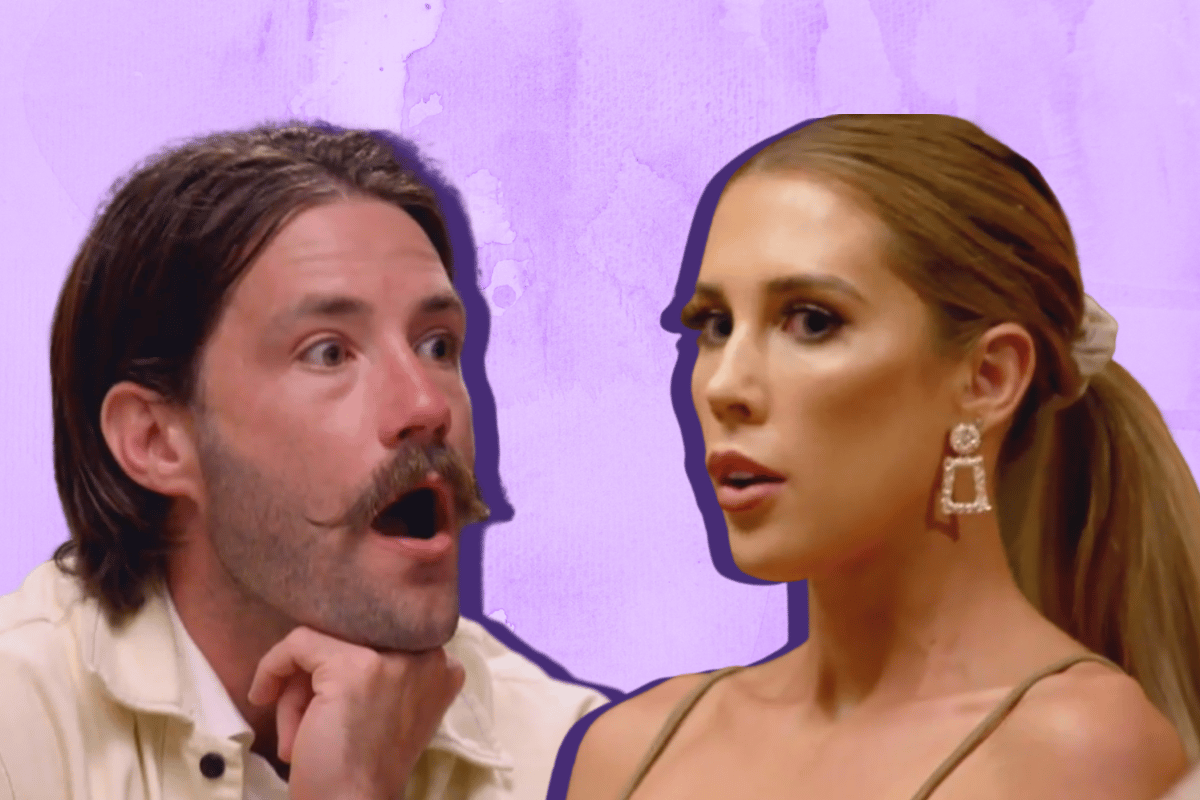 The MAFS reunion is only days away, and it's already shaping up to be a bit of s**t show.

Are we surprised? Absolutely not. Are we still going to watch it? Yes, yes we are.

Just like everything else this season, we know exactly what's going to go down ahead of the reunion.

And it looks like a lot of the drama is going to come from Beck and her rumoured 'secret boyfriend'.

Watch: The trailer for the MAFS reunion dinner party and finale. Post continues below.

Here's everything we know that will go down at the MAFS reunion.

Beck's 'secret boyfriend' gets brought up at the MAFS reunion.

Just when we thought we heard enough about secret partners on MAFS, rumours have been going around that Beck has a 'secret boyfriend' on the outside of the show. And it gets brought up at the reunion.

According to So Dramatic! podcast, Beck supposedly hooked up with her ex while she temporarily flew back home to look after her sick dog.

While away, Beck and Jake were reportedly told to keep in contact through video diaries. However, one of the videos ended up catching a not-so-great moment.

A friend of one of the contestants explained told host Megan Pustetto that "during one of the videos, Beck thinks she’s turned it off [her camera] but accidentally films herself going over to a sofa and making out with someone who is not Jake".

Bryce has also hinted that a guy Beck was seeing in Perth comes out at the reunion.

During Fitzy & Wippa's Married At First Sight Dinner Party in March, Bryce said Beck was "missing a boy back home".

When Wippa asked if Beck had another man back in Perth, Bryce responded saying, "She wants to talk about me a lot [so] I should probably talk about her, shouldn't I."

Interestingly, The Wash also have some pretty interesting evidence that Beck was in a relationship with a man called Ben in June 2020, a couple of months before filming for MAFS began.

"All hell breaks loose" when Coco and Cameron's cheating scandal is brought up.

Coco and Cameron's cheating scandal felt like it happened an entire season ago. But alas, the drama surrounding it is far from over.

A source told the So Dramatic! podcast that the other contestants don't find out about Coco and Cameron's hookup "until the final reunion".

When it does it get brought up, "all hell breaks loose".

No doubt more gossip will come pouring out of every source between the end of the dinner party tonight and the final reunion episode on Sunday. And when it does, we'll be sure to let you know.

The MAFS reunion airs Sunday at 7:00pm on Channel Nine.