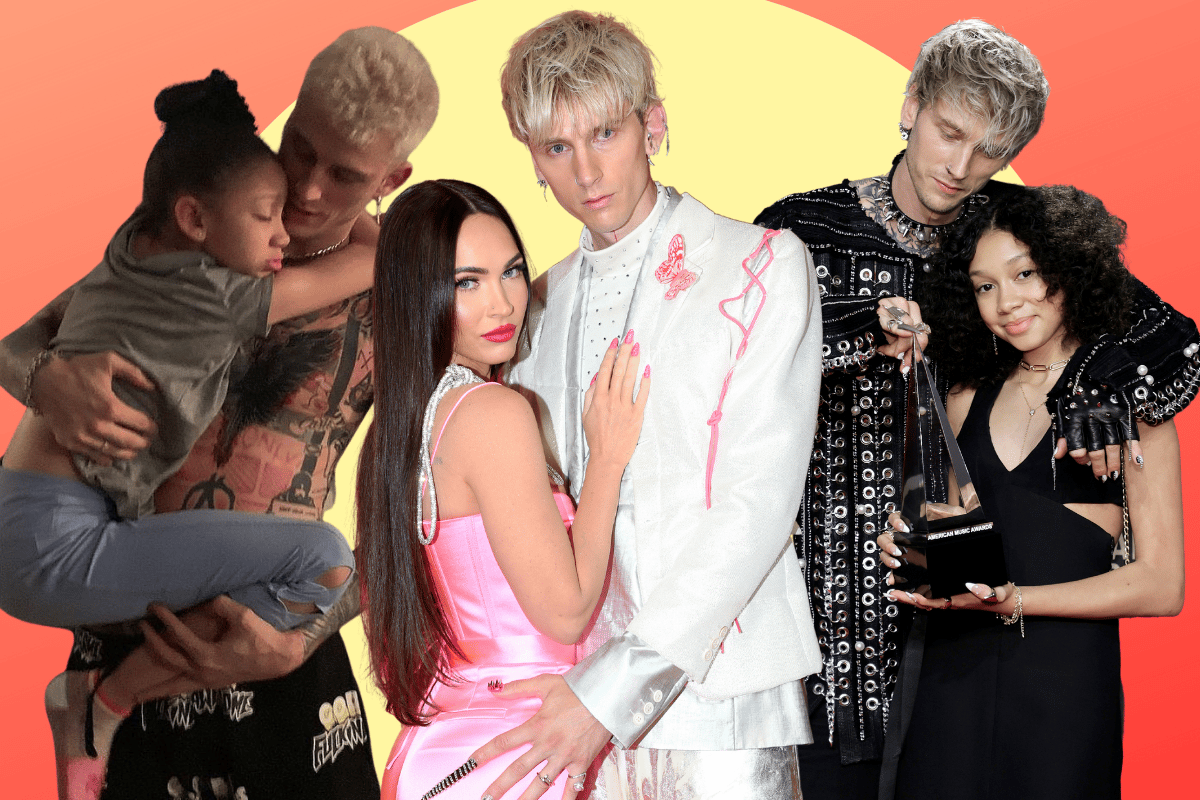 The world of an A-list celebrity is an odd one.

You can know everything about them - their relationships, their whereabouts at any given moment and most of the micro habits that make up their entire persona.

So when they defer from the picture we've curated in our minds - or information we were previously not privvy to becomes the forefront of discussion, it can be a startling dose of reality.

Which is why it may come as no shock when fans erupted after learning "wild" rapper Machine Gun Kelly, 29, has a daughter who is just starting out her teenage years.

UMMM? MJK HAS DAUGHTER? Like a whole child? Who’s been on earth for 12 years??

I don’t really pay attention to mgk but also didn’t know he had a teenaged daughter or that he was even old enough to have one. I though he was like early 20s lmao

As surprising as it may be, the rapper has made it no secret how close he is with his daughter who he brought alongside him to the American Music Awards over the weekend.

Kelly (real name: Colson Baker) has been in the media as of late for his very public relationship with actress Megan Fox. From red carpets to their explicitly candid feature in GQ, it's clear that part of their strength as a couple stems from both being parents.

Listen to a snippet of Machine Gun Kelly's song for his daughter: 'Play This When I'm Gone', along with their cutest moments together. Post continues after video.

Let's take a look back at his career and family life, shall we?

The actor and rapper has gone through major lows and immense highs since he came to fame in 2011.

However, his rise began all the way in 2006, while he was still in high school. He found minor success after releasing his first mix tape, Stamp of Approval in 2006.

By 2011, he had signed a pretty major deal with Bad Boy and Interscope Records.

He would go on to debut at number four on the US Billboard chart for his album Lace Up.

While he is known for his punk rock hits, including 'Forget Me Too' and 'Bloody Valentine', Kelly was not always known as the "prince" of said genre, but instead as a 'Eminem Lite'.

When he first came on the scene, his lyrics, tone and physical appearance were all comparable to the 8 Mile actor, who he had described as the "king" while making a reference to Eminem's daughter, Hailie.

@machinegunkelly original Tweet about @Eminem's daughter back in 2012. pic.twitter.com/kwL58VlJog

In 2015, while speaking on Hot 97 FM, he revealed the impact the statement had on his career.

"Pictures of [Hailie] had came out, and I’m, like, what, 20 years old, 21 at the time? I said, ‘She’s beautiful, but all respect due. Eminem is king.’ What’s wrong with that? Is there a 15-year age gap where I’m a creep for that? I was 21, dawg. Certain people took it and ran with it and hyped it up... Certain people won’t even listen or review [my album]. Certain places, you won’t even hear Machine Gun Kelly on."

From there, begun a series of disses made against the 49-year-old rapper, who didn't say much until 2018 when he called out Kelly in his song 'Not Alike'.

Listen to The Spill, where hosts Kee Reece and Laura Brodnik argue that Megan Fox and Machine Gun Kelly's interview with GQ will turn you off of dating. Post continues after audio.

Later that year, he sat down for an interview with Sway Calloway, where he opened about the feud.

That's not all he had to say though, telling Calloway that Kelly was not a talented rapper.

"The reason I dissed him is actually a lot more petty than that," he said. "The reason that I dissed him is because he got on - first he said, ‘I’m the greatest rapper alive since my favorite rapper banned me from Shade 45’ or whatever he said, right? Like I’m trying to hinder his career. I don’t give a f**k about your career. You think I actually f**king think about you? You know how many f**king rappers are better than you? You’re not even in the f**king conversation."

Excuse the expletives, but its clear their relationship was over way before it began. Since then, there has been tensions between the two but the impact of the feud would ultimately pull Kelly into an entirely different direction: punk rock.

Aside from music, the artist has also dabbled in acting. He made his debut in the 2014 film Beyond the Lights.

He also starred in the Showtime comedy drama series Roadies as 'Wesley' in 2016.

Arguable though, his most notable roles to date includes when he played 'Felix' in the 2019 Netflix film Bird Box, and then as 'Tommy Lee' in another Netflix feature, The Dirt. 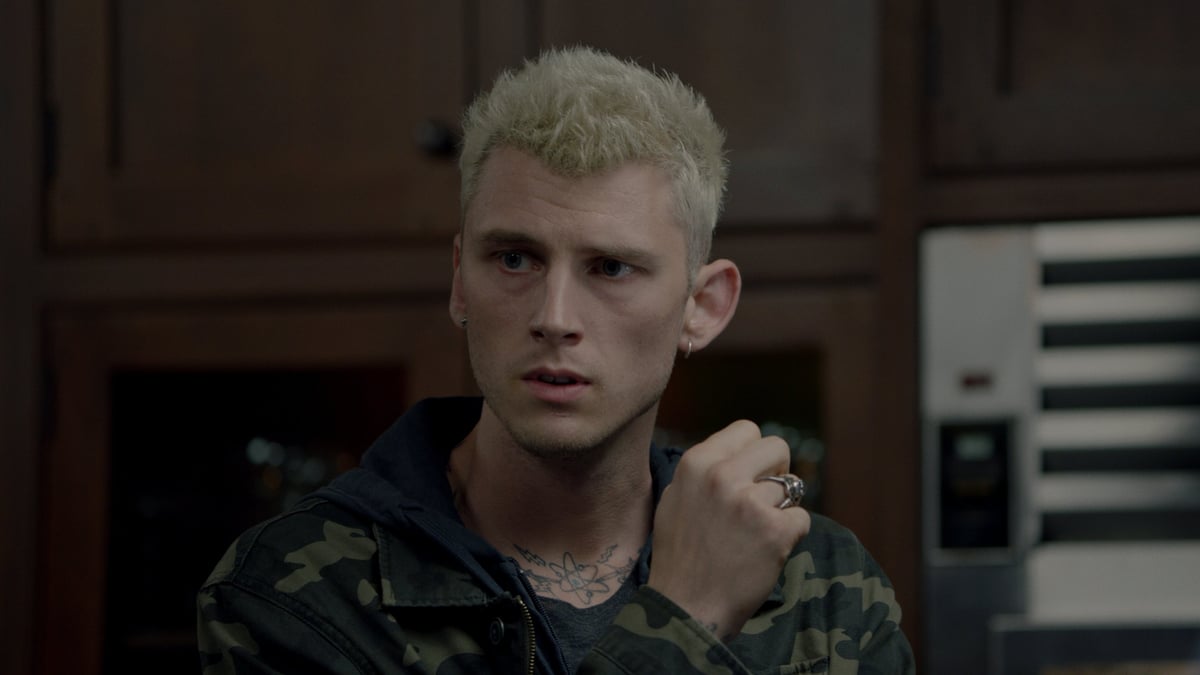 If you believe in twin flames, cosmic attractions and soul ties, then it may not surprise you to know Megan Fox and Machine Gun Kelly do as well.

Right before 2020 was struck by the coronavirus pandemic, Kelly and the actress worked together on the set for the film Midnight in the Switchgrass.

While speaking to GQ - in what would become one of the most talked about interviews of 2021 - Fox spoke about the first time they met: "I just remember this tall, blond, ghostly creature and I looked up and I was like, 'You smell like weed.' He looked down at me and he was like, 'I am weed.' Then, I swear to God, he disappeared like a ninja in a smoke bomb."

There was also their first kiss, which is slightly bizarre: "Even our first kiss, she wouldn’t kiss me," Kelly recalled. "We just put our lips right in front of each other and breathed each other’s breath and then she just left."

And it seems their relationship is as healthy as can be, considering they describe it as the "darkest fairytale" (which they also have both gotten tattooed on themselves, by the way).

"[I was] definitely open [to] love, but I did not anticipate walking right into my soulmate like that," Fox said. "I was obviously over the way I had been living, and those paths lined up, those doors opened. It was [as if] all the obstacles that had kept us apart all those years [had been removed] and we were able to finally intersect."

Fox is also a parent and shares three sons, Noah, Bodhi and Journey, with her ex-husband Brian Austin Green.

Of course if you are a fan of Kelly, then you'd be aware of his daughter, 13-year-old Casie. In fact, she was his first ever post after his rebrand on Instagram (a rebrand usually involves deleting all posts on social media to essentially 'start again').

"How is she mine wtf wtf #fathersday," he captioned the photo of them from 2019.

He welcomed his first child in 2008, when he was 19-years-old with Emma Cannon. While they are believed to have split when they were just teenagers, the rapper has made it clear he has a great respect for her, writing on Twitter in December 2020: "My daughter has an amazing mum, big love to all the young mums out there killin' it."

Kelly isn't shy in sharing his adoration of Casie too, posting pictures on Instagram and countless tweets in reference to his "princess".

In past interviews, he has made clear how important their relationship is, telling Billboard: "I’d say I did a lot of what I did with songs like ‘At My Best’ was because of the influence of my daughter. People gotta understand that as wild as I am, I still have to go home at night and there still is someone that is sitting there like, ‘I’m six years old and I can’t handle you being as gnarly as you are'."

He went on to say: "I wanted to make her proud, and a lot of fans saw that as soft, and it’s like, no, it’s the most beautiful thing you could do. [My music] is my gift as a father to my daughter." 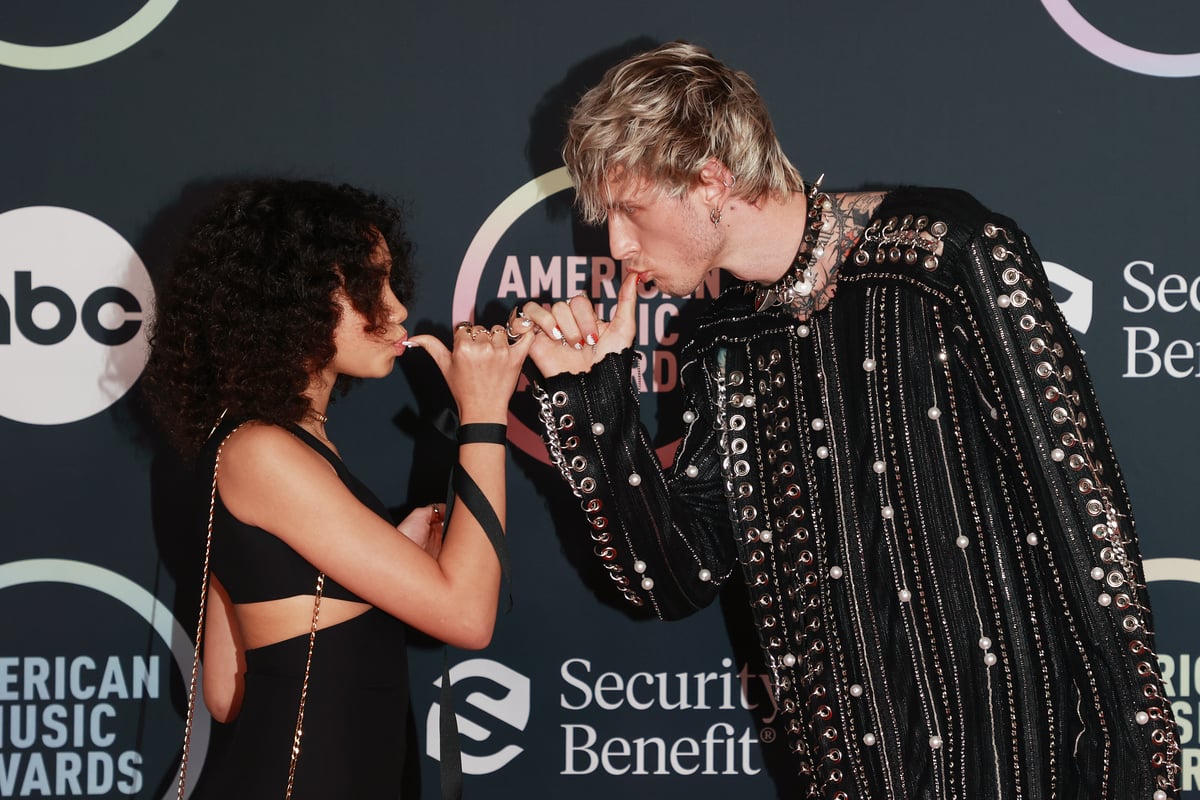 "Here’s something that you can listen to that still has my pain in it and still is teaching you something that I want you to know. I’m not that great of a speaker, I don’t like watching my own interviews, I think I suck at talking, but one thing I can do is move my pen, and if that’s how I gotta speak to my daughter, then let me do that."

This week was her first red carpet, and it proved to be a special one for Kelly, who won Favourite Rock Artist.

During his speech, he said: "I read a headline that said the age of the rock star is dead, but it looks pretty alive to me!"

You know what Mr Kelly? We couldn't agree more.

Reply
Upvote
2 upvotes
It's nice that he loves his kid. But that "star-crossed lovers" Insta caption is just... like a 14 y/o Goth kid writing bad Vampire fanfiction. And look where the last lot of bad vampire fanfic got us - 50 Shades Of Grey.
M
mamamia-user-482898552 14 days ago