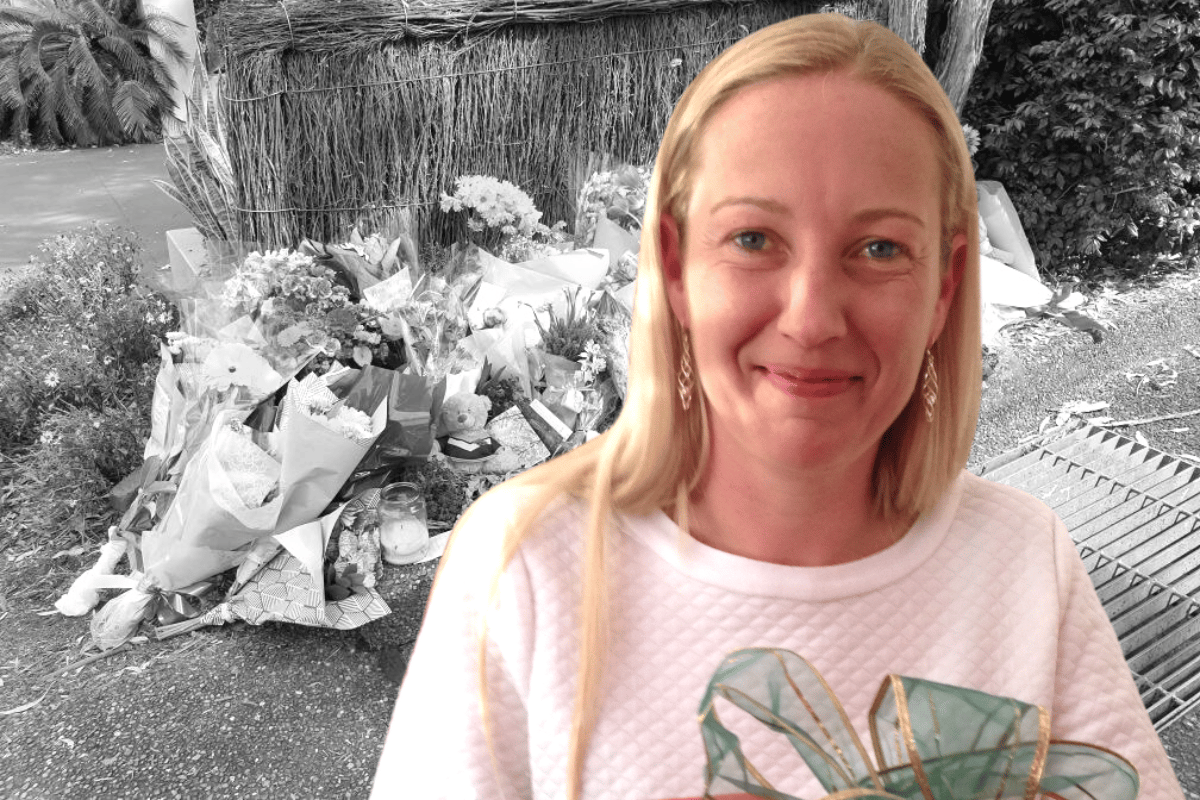 This story includes descriptions of domestic violence that may be distressing to some readers.

His long-term partner Dot grabs his hand as the sentence is delivered. They, along with many other family members and friends, are there to see justice served for Lynda Greenwood. She was a woman who had a full life ahead of her and yet, as the judge tells the room, it was cut violently short by a "callous and inhumane" man.

As Don stands and gives his victim impact statement, his daughter's killer looks straight at him.

There is no remorse on Jason Lloyd's face as he sits in the dock, wearing prison greens.

"We will miss Lynda's infectious laugh and sunny disposition," Don says, "which concealed the fear that we now know she was living with."

Justice Geoffrey Bellew is measured in his judgment. He lists the statement of facts – an hour-long list detailing the horrific lead-up, intent and consequences – parts of which Don hears for the first time in this very room.

Lloyd, who pleaded guilty to murdering his ex-partner Lynda Greenwood, is sentenced to 25 years and six months behind bars. He has no family or friends present in the courtroom.

Legally, justice has been served.

But as Don and Lynda's loved ones leave the courthouse bracing for the media scrum that awaits, their grief hasn't subsided in the slightest. For them, it's a life sentence.

In October 2020, Don heard via a radio news bulletin that a woman had been found murdered in Como in Sydney's southern suburbs.

His heart immediately sank. Because somehow, deep down, he felt it was his daughter who had lost her life.

Don and his long-term partner Dot had always felt an air of suspicion and discomfort around Lloyd. Don knew his daughter deserved better, but he had no concrete feeling or proof that Lloyd was as dangerous as he evidently was.

Before Lynda's murder, Don and his family were unaware of the domestic violence Lynda had endured during her on-and-off again two year relationship with Lloyd.

"I remain haunted by the thought that my partner and I entertained this vile perpetrator in our house," Don tells Mamamia.

Lloyd had created an atmosphere of fear, threats and violence.

"She was protective of our family which is why she didn't share her trauma or fear in the final months: unable to reach out for fear of what might happen to the ones she loved most."

With an Apprehended Violence Order in place, Lynda had split from Lloyd due to his drinking and violence. The abuse and intimidation only increased.

"If I can't have you no one else can have you," one text read.

"I'll snap you in half," read another.

Lloyd had bought a baseball bat two weeks earlier, which he used, along with a knife. It was such a brutal attack that her body was not made available for viewing by her family.

Lynda died in the driveway of her home. She was 39. 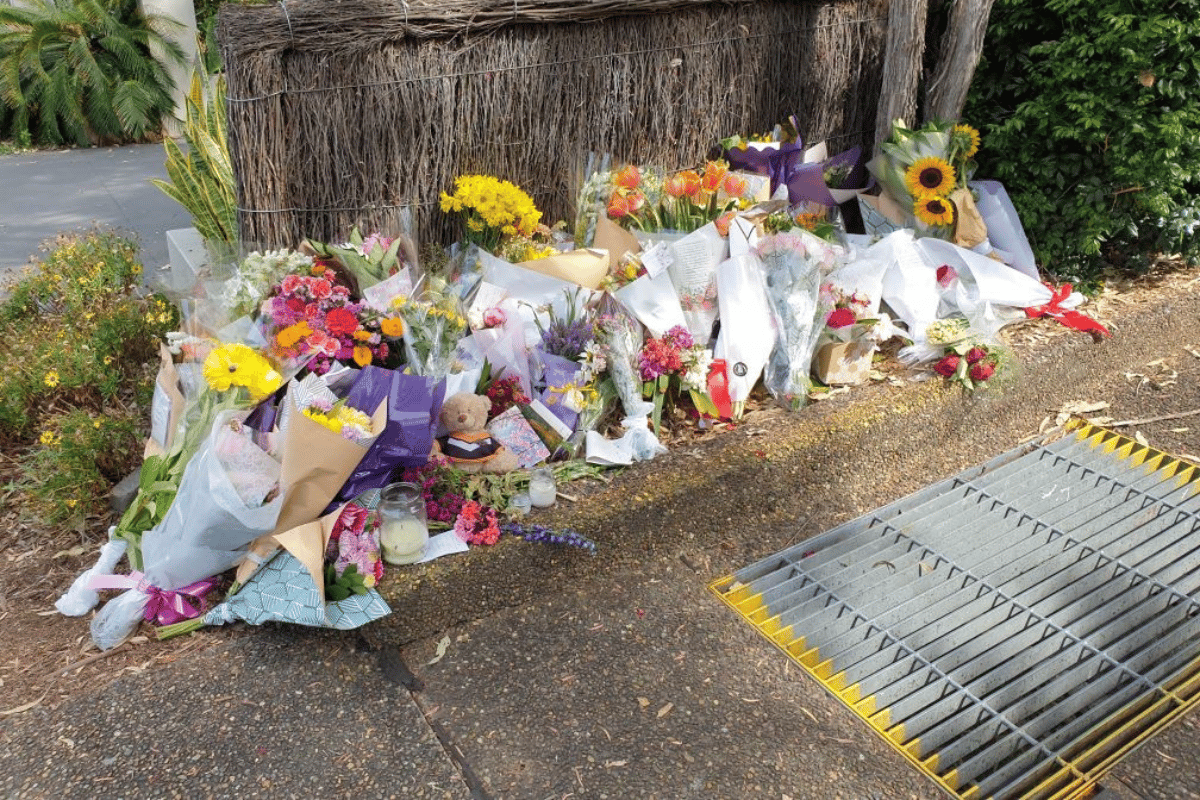 And as I sit with Don and discuss what this next chapter looks like for him and his family, it's clear the ripple effect of Lynda's murder is wide-reaching.

There are reminders of Lynda throughout Don's home. One life was taken, but so many more are irreparably damaged.

"I've had good support. The people really close to us have been there. But some struggle to know what to say and I can understand why," Don says.

"Everyone handles grief and sadness differently."

The kind words and condolences have meant a lot to Don and his family, especially from acquaintances who have reached out.

"Some people have contacted me out of the blue, and that was surprising but very thoughtful. A builder who has done work on our house even sent through a message: 'Just saw the sentence on the news. Hope it provides some sort of closure for you, even though nothing would ever be. I hope he rots in jail and hell'. Even at the restaurant Lynda worked at for so many years, they still burn a candle next to a photo of her each day," Don tells Mamamia.

"Her Sutherland Shire friends have also marked her birthdays by meeting up together, with balloons and all. She was loved." 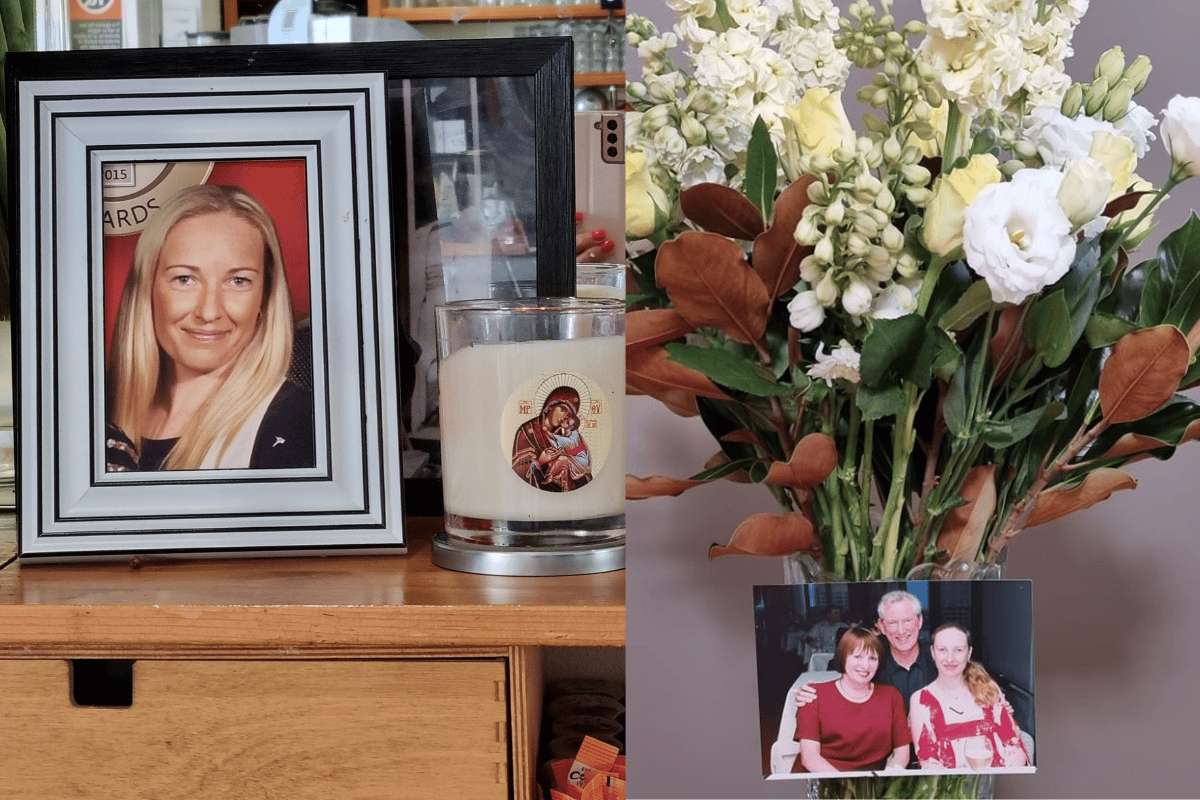 Some tributes for Lynda. Image: Supplied.

It's been a few days since the verdict when Don and I talk.

When Lloyd entered his guilty plea, it legally entitled him to 25 per cent off his sentence. All things considered, Don is satisfied with the court's decision of 25 years. He is also appreciative of the judge's strong statements about AVOs - the fact they should never just be treated as a piece of paper.

"The judgment won't bring closure, but I guess it helps to know that the justice system worked in this case. There are lots of cases where it just doesn't. So I'm sort of grateful that for Lynda, it did," he says.

"At least justice has been done – in the eyes of the court. In my eyes, it might be a little bit different."

For Don, he is left grieving what Lynda's future could have looked like. No wedding. No grandchildren. No more birthdays.

"I don't think there will ever be a stop to the grieving process. The handing down of the judgment and putting him in jail is just one step along the way."

He thinks about Lynda's last moments a lot. It's recurring.

"There's a mental image – the horror she was living with, the fear and then the end... It makes me boil, and then I start to think of what I'd like to do to the man if I could get ahold of him. But it won't bring her back."

Time doesn't heal all wounds. Nor is closure something attainable.

But Don knows he is not alone. And there's comfort in that.

"I don't know if there's a particular thing that helps you through it. I think you've got no choice, except you've got to get through. Maybe putting one foot in front of the other might be the best way to describe it," he said.

Since Lynda's death in October 2020, 82 more women have lost their lives to domestic violence in Australia. Behind every number, there's a story of tragedy. It may feel difficult to read these stories, but these are stories we can't ignore.

For advice on how to help a loved one experiencing domestic violence, you can read this article here.

L
laura__palmer 23 days ago
Reply
Upvote
4 upvotes
"With an Apprehended Violence Order in place, Lynda had split from Lloyd due to his drinking and violence. The abuse and intimidation only increased.
"If I can't have you no one else can have you," one text read.
"I'll snap you in half," read another."
Imagine if sending this sort of vile, disgusting, frightening stuff to someone else meant you got jail time. I wonder how many women would be saved if we saw this and punished this for what it is. Attempted murder. How else can "I'll snap you in half" be taken?
C
cat 22 days ago
Reply
Upvote
1 upvotes
@laura__palmer totally agree, police need the power to arrest anyone who sends this sort of message & hold them without bail so that victims actually have some safety. Under the current system no one can intervene until theres a body.
L
laura__palmer 22 days ago
Reply
Upvote
@cat And it's disturbing to me how quick it was done to prevent terrorist attacks, like our laws changed overnight to make sure people who were planning this sort of thing could be arrested, charged, prosecuted and locked up. Same with one punch laws. Some men died, so the penalties are tough for people who punch another person in the head, even if no one dies. And I agree with those laws, I think those things deserve the attention they got. But years and years of countless women dying weekly at the hands of men who lead campaigns of vile harassment and stalking against their victims for months leading up to the murder, spelling out quite clearly what they were planning to do and there's nothing done. It's just all too hard because there is still that mindset that she did something to deserve it. That is what it boils down to.
S
snorks 21 days ago
Reply
Upvote
Terrorism didn't start in 2001.
One punch kills didn't just start to happen 20ish years ago.
C
cat 21 days ago
Reply
Upvote
@laura__palmer I don't know that people even think "she deserved it", but I think the attitude is still that we shouldn't interfere in what goes on behind closed doors, and we shouldn't legislate relationships. 52 women a year are seen as acceptable collateral because it happens in private therefore people don't think it can happen to them or their loved ones.
And then theres the MRA, "men are victims too", Deppford Wives movement telling everyone that if we did do something their innocent sons would all be falsely accused by evil women. Its exhausting.
Resources
Very Peri
Skin
News
General
Opinion
True Crime
Politics
Sport
Explainer
Entertainment
Celebrity
Reality TV
Movies
TV
Books
Rogue
Royal
Lifestyle
Beauty
Fashion
Weddings
Home
Wellness
Health
Fitness
Travel
Food
Family
Before The Bump
Pregnancy
Baby
Kids
Teens
School
Parent Opinion
Work & Money
Money
Finance
Career
Lady Startup