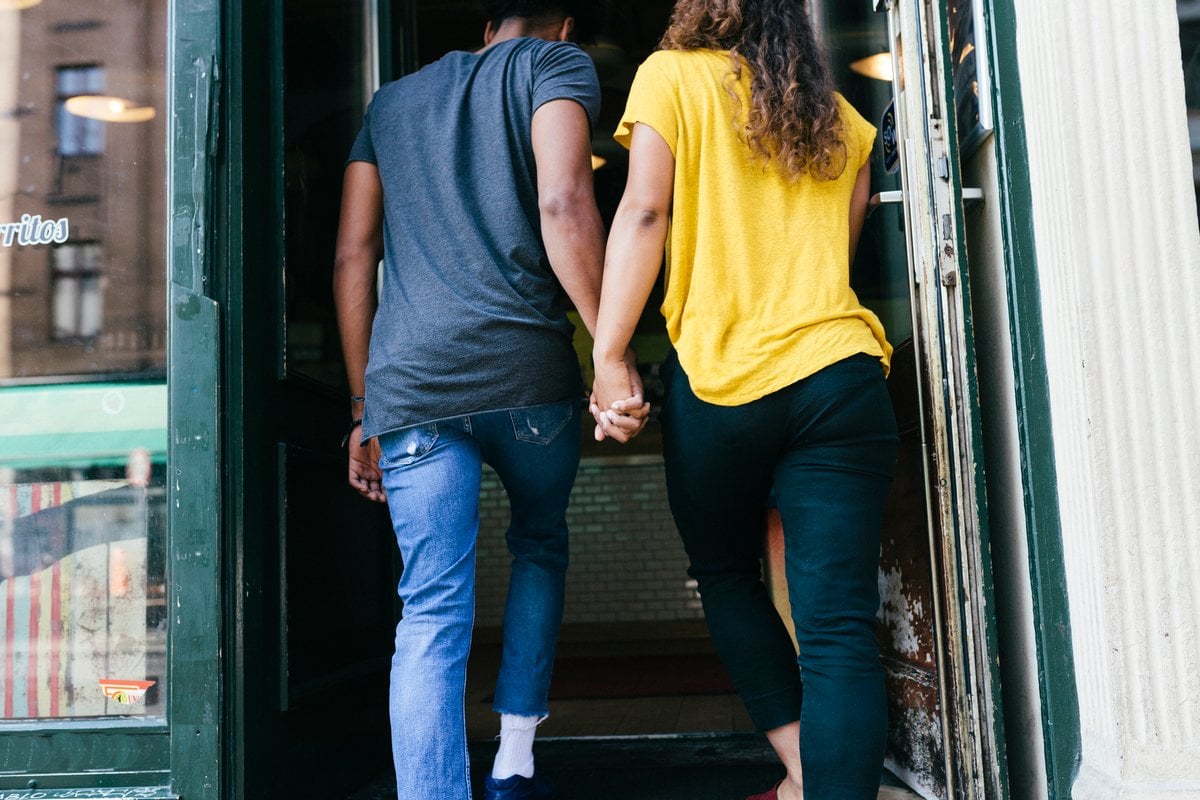 Everything is going great. You’ve met someone new who makes you feel good about yourself.

He’s exciting, charming and larger than life — you’ve never met anyone like him and sometimes it’s overwhelming how incredible he is. No-one has ever made your self-esteem higher. He’s so perfect that it almost seems too good to be true.

I hate to break it to you but he probably is.

The phenomenon known as love-bombing has re-entered the conversation again in 2021 thanks to Armie Hammer, who has been publicly outed by his former partners Paige Lorenze and Courtney Vucekovich. Both women have explained in detail the harrowing abuse the disgraced actor allegedly inflicted on them.

If you’ve somehow missed Hammer’s name everywhere online this year (I envy you if this is the case), allow me to catch you up.

Both women have talked about how they initially found Hammer charming and charismatic.

He entered their lives quickly and before they knew it, he became a persistent presence.

Lorenze alleged that her relationship with Hammer began right after she moved cross-country to Los Angeles — mind you, she was fresh out of a difficult long-term relationship and was feeling vulnerable prior to becoming entangled in Hammer’s web.

Lorenze and Vucekovich both mention how his compliments were so grand and over the top that they sounded like a script from a movie. Lorenze has said on public record that he would say things like, “you’re like art”.

He made both women feel loved and cherished. He showered them in devotion, using it as a tactic to gain control of them without them realising it.

Before Lorenze could fully notice Hammer’s true motive, it was too late — he had allegedly left the young woman mentally scarred and physically mutilated as a result of his abuse.

You might think that what allegedly happened to Lorenze and Vucekovich was rare.

Not all overly romantic men turn out to be abusers. And while this is true, it can be hard distinguishing someone who is loving from an individual luring you into their web of narcissistic abuse in the initial stages of a relationship.

According to clinical psychologist Ramani Durvasula, who has spent much of their career focussing on narcissistic abuse, the way a victim describes their partner is key to determining the difference between romance and abuse.

“In all my years doing this work, not once did someone, when describing the early months with a narcissistic partner, describe the partner as 'kind', 'respectful' or 'warm'.

The exciting and socially confident narcissist worships you in the beginning stages of the relationship. It’s as if they’ve put a spell on you. When you’re with them, they make you feel like you’re in a dream.

It’s so thrilling that the red flags aren’t going to be obvious.

Why would you doubt someone who makes you feel beautiful, desired, and loved? If he was insulting you, being aggressive and making you feel horrible about yourself, you would be running for the hills.

But they’re not, so you’re on top of the world and ignorant of what they’re actually doing to you.

You’re addicted and when this happens, the narcissist moves onto the next phase — devaluation.

Without the first phase, the narcissist can’t move onto the devaluation stage.

They need you dependent on them for them to proceed with their abuse. During this phase of the relationship, the narcissist is unveiled. Their goal now is to take control of you and remove your agency and power.

There could be gaslighting happening, threats made, they’re isolating you, controlling aspects of your life, denying their abuse when you question it or manipulating you in various ways.

Perhaps it’s like Lorenze and Vucekovich, where Hammer coerced them to participate in sex acts that went well beyond their boundaries.

After the narcissist reveals their true colours and you finally realise the abuse they’ve inflicted, the narcissist will move to discard you from their life.

You’re no longer needed and they’re planning on finding their next victim — in Lorenze’s case, Hammer had moved onto another girl days after she distanced herself from him.

The narcissist is always quick to find someone else, their own self-esteem depends on replacing you.

Unfortunately for many women, this isn’t always the final phase.

Sometimes the narcissist moves to destroy you. They still want you and they’re quick to remind you how much you need them. They might make you reminisce about how incredible the relationship felt early on or maybe the narcissist will love-bomb you all over again — this is sometimes referred to as hoovering.

Again, not all men who shower you in love are narcissistic abusers — perhaps you’ve just found someone who cherishes you.

However, it’s important you’re aware that there might be a likelihood that your romantic partner is luring you into a psychological cage.

The stories of Lorenze and Vucekovich might seem distant to you, but you don’t want to realise that you’re tangled into a narcissist’s web after it’s too late.

Reply
Upvote
4 upvotes
It’s really important to point out that narcissists can also totally destroy your relationships with your friends and family. Either by isolating you from them or being so charming they fool people into believing they are a wonderful person. A friend’s narcissistic husband turned her entire family and many friends against her and then dumped her for someone else. She had no one as they blamed her for the relationship breaking down. It was horrible.
M
mamamia-user-893622181 a year ago

Reply
Upvote
2 upvotes
@chrissyinthemiddle yep, 100%. My ex cheated on me and everyone blamed me (I even had an email sent to me) - apparently I deserved it. I was paying both our bills because he'd gotten himself into debt and was walking on eggshells to make him happy. I miss those friendships but I know how blinded I was so I can't really blame them for believing the worst. He completely isolated me so there was never an opportunity to present another side
<
<deleted> a year ago

Reply
Upvote
2 upvotes
@mamamia-user-893622181 They are very good at playing the injured party and getting other people onside. Then when the real victim tries to report the abuse, or seek support, they get treated like they are the one at fault. It’s very psychologically damaging. I would like to see a lot more education on identifying narcissists / sociopaths out there. Early detection, as with most things, is key here.
I’m sorry that you had to go through that and I hope you have some good support in place now.
News
General
Opinion
True Crime
Politics
Sport
Explainer
Entertainment
Celebrity
Reality TV
Movies
TV
Books
Rogue
Royal
Lifestyle
Beauty
Fashion
Weddings
Home
Wellness
Health
Fitness
Travel
Food
Family
Before The Bump
Pregnancy
Baby
Kids
Teens
School
Parent Opinion
Work & Money
Money
Finance
Career
Lady Startup
Relationships
Sex
Dating
Separation
Friendship
Family
Real Life
Couples