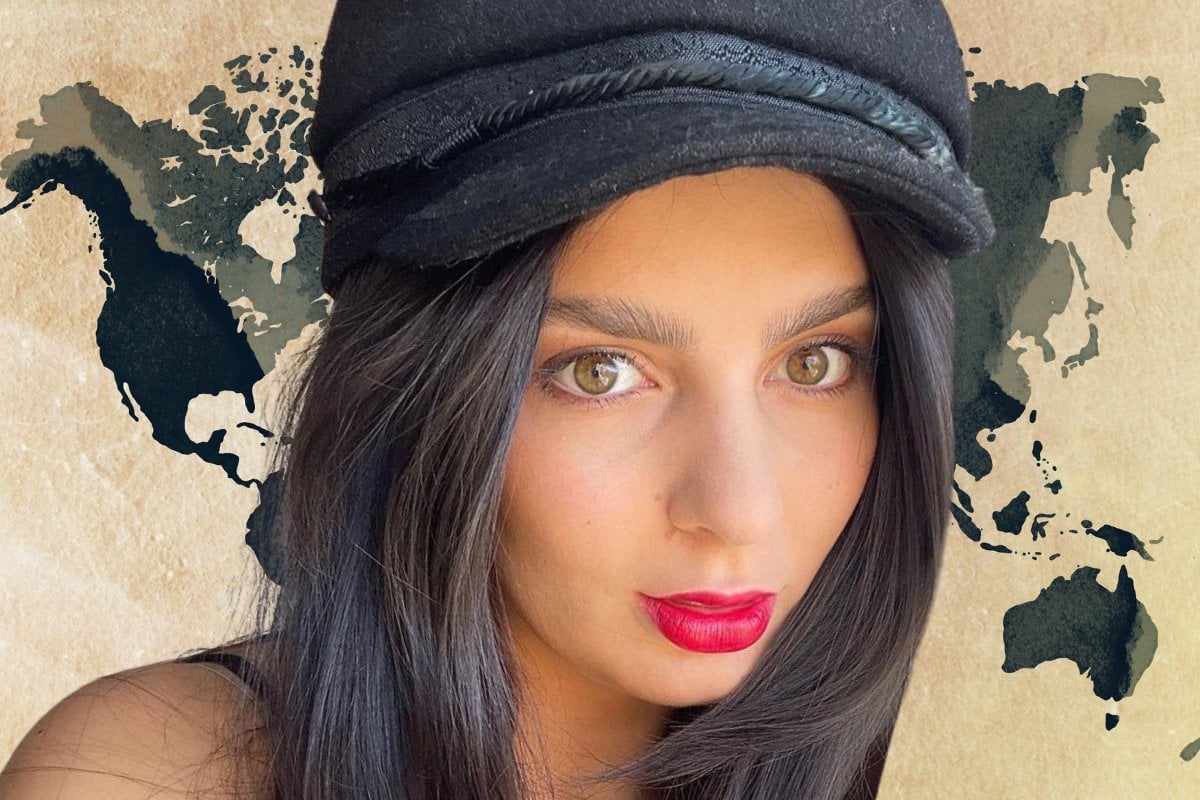 There are three breakups within every breakup.

The first is when you realise you’re probably going to break up.

The second is when you actually do it.

And the third is when you speak to them for the last time.

If you’re new here, Hi, I’m Ellie and I’ve somehow ended up documenting the trials and tribulations of my long-distance relationship during the pandemic.

The first article was 'My partner's in France. I'm in Australia. And it might be years before I see him again.'

In retrospect, I think that article was breakup stage one – when you realise you’re probably going to break up. But I was still in denial.

The second article was "Two wet faces crying over FaceTime." 2020 has ended my long-distance relationship.

This was breakup stage two – when we actually did it.

And now, in the name of closure, I bring you the third part of the trilogy.

We stopped speaking a few months ago.

This final stage is arguably the most painful, because it finally feels real.

You see, in between the 'breakup' and the stopping speaking, we hadn’t actually fully let go.

We had made this 'unofficial pact' that we would get back together as soon as the borders opened. We talked of our eventual reunion like "when it happens..." rather than "if it happens..." because we were so hopeful that 2021 would be the year the world opened back up.

We had airline bosses predicting the recommencement of flights and potential travel bubbles being floated around.

We had internet forums of long-distance lovers recounting their successful pathways to receiving travel exemptions.

We had global grassroots movements like #LoveIsNotTourism calling for governments to open their borders for couples. Basically, we had every reason to be hopeful.

That’s why the breakup didn’t feel real. Although we weren’t chatting that much afterwards, we still had this unspoken expectation that we wouldn’t find anyone new and we’d only date other people casually.

Creating this agreement was us saying 'there’s still a chance for us' and 'this isn’t the end'. It was our way of making the breakup seem less painful because there was the promise of a reunion in the future.

Towards the end of last year, things started to become clearer. We were looking down the barrel of yet another year of COVID-19 and border restrictions. Nothing was looking like it was changing and if anything, things were getting worse in France. The goalposts were changing and then changing again.

I had a feeling of dread in my stomach. I had a gut feeling that our agreement was just dragging things out and had inadvertently signed me up to another year of not being fully present in my life.

It wasn’t until I started hanging out with someone new, Carl, that I realised just how much this offshore emotional attachment was impacting my life.

I had gone into dating Carl by automatically categorising it as something casual. Because that’s all I thought it could be. That’s all I let it be. That’s what I had promised to myself, and to my ex.

What this meant is that I was living this weird double reality. I technically wasn’t doing anything wrong, but at the same time, I wasn’t being 100 per cent honest with either of them.

I wasn’t being honest with myself, either. I knew I actually liked Carl more than I let on and I was playing it down to him and everyone around me.

The truth is, I had real, deep feelings for him. But I think he could sense that something was holding me back as I wasn’t willing to fully let myself get invested despite the obvious connection we had.

He wasn’t just some random guy I had met either, we had been friends for four years and he was someone I genuinely cared about. I knew I couldn’t go another week without making a decision one way or the other.

I had a clear choice in front of me. Hold on hope for the unknown, or throw myself into the present.

I also had to do some serious thinking about the reasons I felt the way that I did about Carl.

My friends were asking me if I was just dating Carl because he was the option in front of me at the time, and my answer was no. Years ago before I even met my ex, I was interested in Carl. Due to various reasons, we didn’t pursue anything back then. But our chance was now and my life was giving me a sign that I knew I couldn’t ignore.

I knew that in any other scenario, at any other time, I would still choose Carl.

This wasn’t just because he was in front of me. It was because he made me realise what I had wanted all along.

I decided that I had something really wonderful in front of me and I didn’t want to throw that away because of an arbitrary agreement I made with someone 15,000 km away.

I told my ex that I could no longer honour what we discussed.

I knew that would be the last time we would speak, which caused a unique sense of pain I hadn’t experienced the first time around.

But I knew I had to do that in order to properly move on.

As soon as I made that decision, I told Carl everything, and the way he responded proved to me that I had made the right one.

I told him about the agreement and that I had now abandoned it and I was ready to dive right in. He said he knew something was holding me back, but he was happy that I had made the choice that I had.

I really do believe it’s important to listen to your instincts in order to know when to let go. As hard as it was, I know that it was the right thing to do to set us both free and give us the chance to move on.

I know that the love I had with my ex isn’t any less real just because it wasn’t forever. It was still valid, it was still meaningful, and it was still an extremely important and formative relationship in my life.

But I’m comfortable with my choice to leave that in the past now.

This isn’t where I thought I would be a year ago, but I’m not looking back.