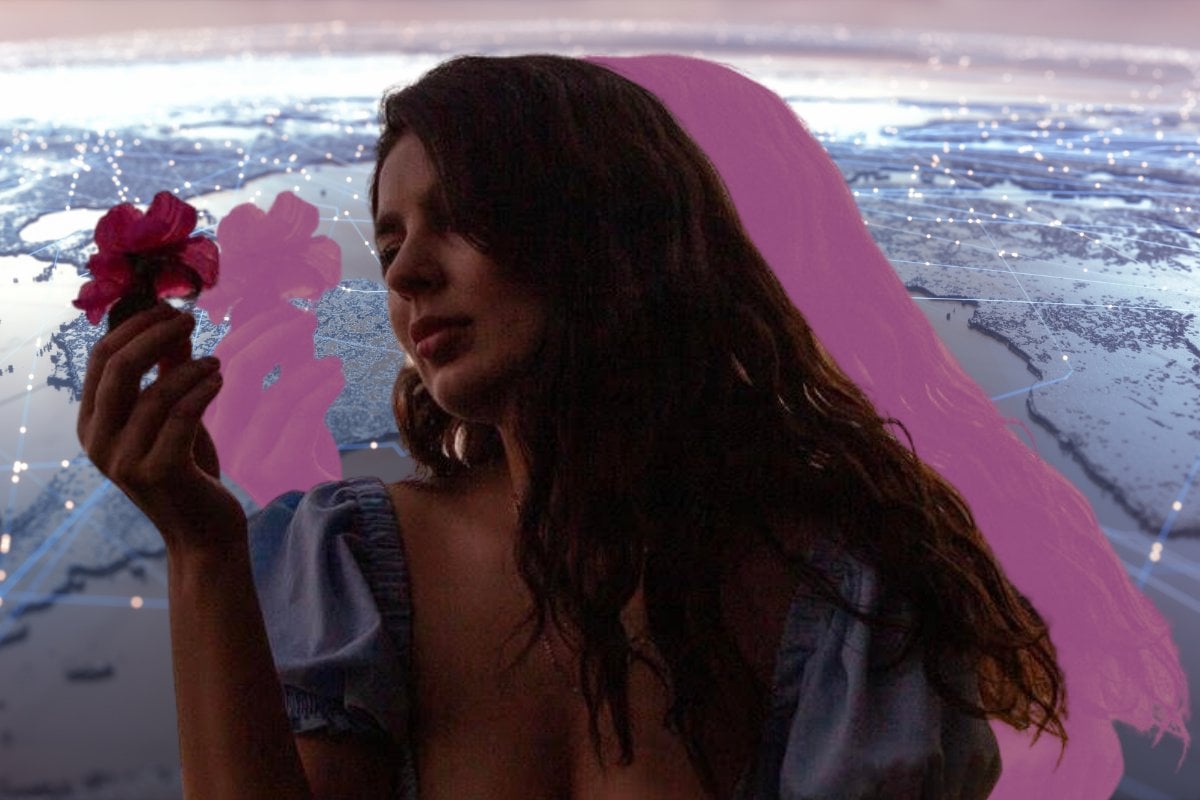 A lot of things have been put on pause this year. One of those things is my relationship.

Hi, I’m Ellie. You might remember me from articles such as, "My partner's in France. I'm in Australia. And it might be years before I see him again."

Well, it turns out those "years before I see him again" became too much for us to handle, so consider this follow-up article as a Part Two.

A 'Where Are They Now' piece about two people who you don’t know on the internet.

Why would you be interested in our story? Because the thing about these two people (Leo and I), is that we represent a whole lot of people in the world who are also struggling to navigate this uncharted territory.

In case you don’t have the time or energy to read Part 1, here’s a quick and over-simplified version of events. Girl meets boy. Girl and boy fall in love. Boy moves back to home country of France when his visa expires in February. Coronavirus hits and borders close. Boy and girl try to keep the relationship going.

The tone of the last article was very much, 'We can do it', 'It’ll be fine'. But reading it back, there was one thing I wrote that particularly stood out to me:

"In our relationship right now, I think there’s an unspoken sense that there are forces outside our control that could unwillingly drive us apart or create a rift between us." 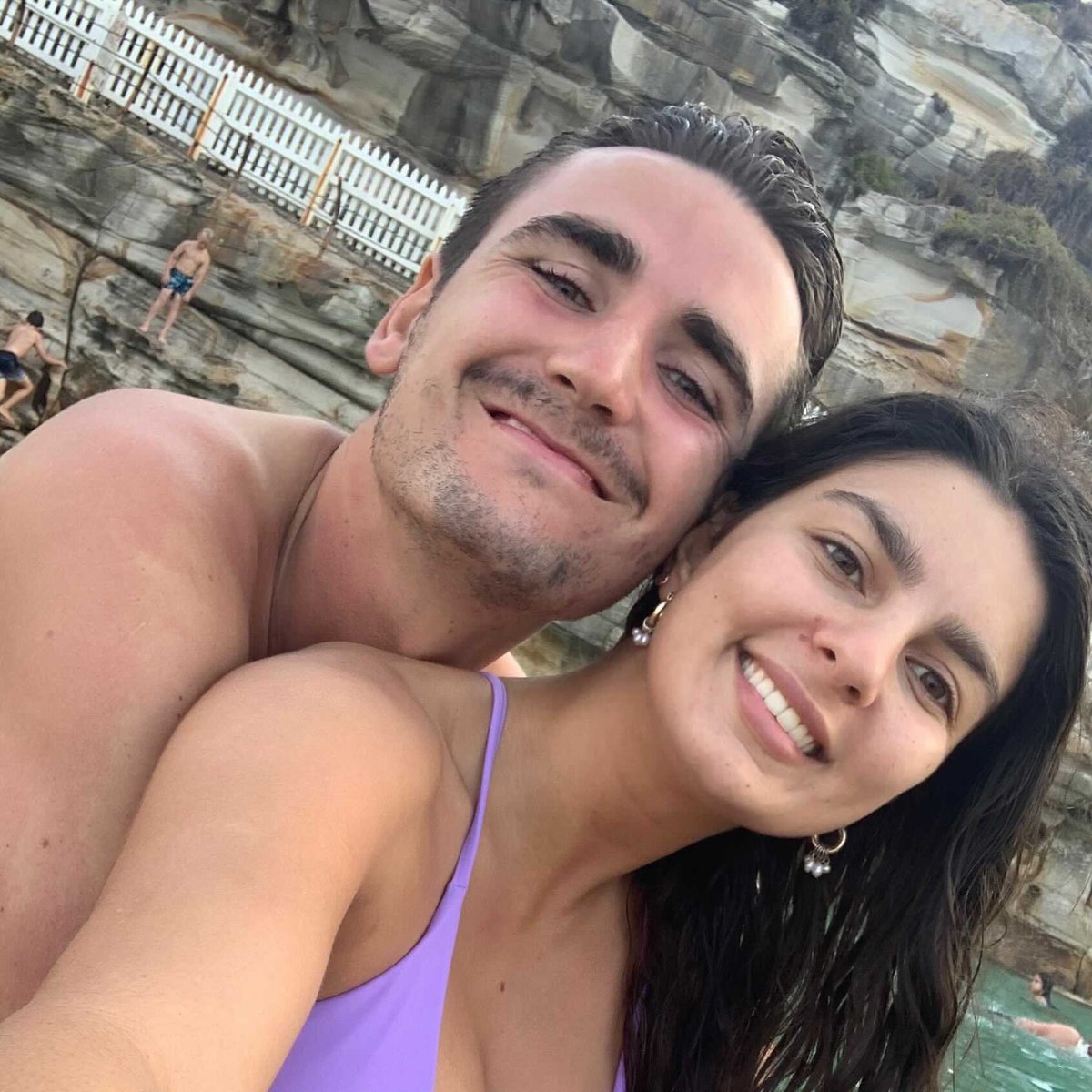 I wish I could go back to February Ellie and tell her that the deep down paranoia you feel is inevitably the thing that will end up breaking you.

I want to tell February Ellie that she doesn’t have to pretend that everything is fine when it’s not. That you don’t always have to be courageous when the odds are against you. And you have nothing to prove to anyone by making this work.

I also wrote that "there is bravery in uncertainty", but what I’ve learnt since is that sometimes real bravery means being realistic and pragmatic. It takes courage to face up to a harsh reality when it would be easier to hold on to an idealised future.

So here we are, at the end of October and we’ve decided to part ways – for now.

When we first started our long-distance relationship, during the pandemic, there was no path that was made out for us. We created a path by walking it and finding our feet along the way. We did our best to keep up daily communications and calls and we made sure to stay on top of all the news regarding border restrictions.

We were fueled by optimism and the hope that international borders would be open by Christmas (looking back, this prospect seems hilarious.) Then the border restrictions kept on getting tighter and tighter and any signs that they would be open this year or even early next, faded. 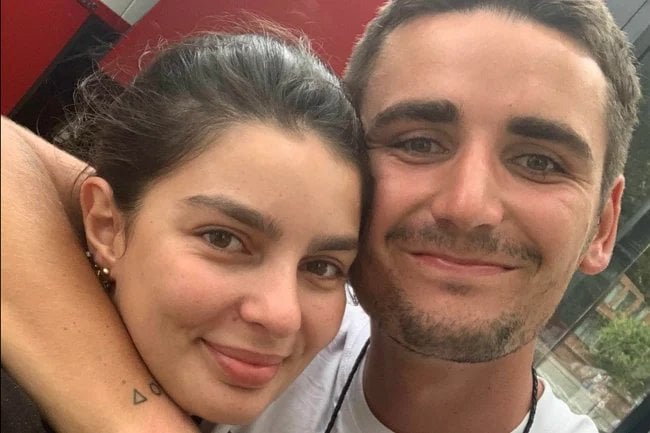 The last time we saw each other. Image: Supplied.

We tried our best to look for loopholes and opportunities, exemptions and Visas but in the end we both accepted that we were not going to see each other until the end of 2021 at the earliest. Europe is currently in the midst of a second wave sweeping across the continent and lockdowns are back in place as we speak. Essentially, we were stuck in our own countries for the foreseeable future but still vowed to stay together.

Up until about October, I think we had been managing everything pretty well. And then all of a sudden – and by that I mean we had both been feeling but not verbalising it – we decided it had all become too much.

Our behaviour had changed, and the time between calls became longer and longer. We’d still message every day but that face-to-face communication suddenly felt like too much to handle. You know that feeling we’ve all had during the pandemic, that making an effort to call someone felt like a huge task and that even texting your friends back felt like a huge undertaking, even when they lived in the same city as you?

Well, imagine that compounded with 17,000 km distance between you and the pressure to make every bit of communication uplifting and positive so as not to burden the other with your own personal pains and worries.

It was tough. The things we left out by omission were the things that would have actually brought us closer together during this time.

But we couldn’t muster the strength or find the right words to share these things because every time we got on a FaceTime call we just wanted to present our best and most bubbly selves. We lost the art of true communication because we were trying too hard to hold it together for each other.

So last week we had a FaceTime call where we finally expressed everything we had been feeling and laid everything out on the table. Nothing was left unsaid. All those months of unspoken fears were finally released. It felt like a big exhale.

When I met Leo, I always knew that our love wouldn’t be linear. He’s from France and I’m from Australia – it was bound to be complicated from the start. But nothing could have prepared me for this moment.

With constantly shifting goalposts about when borders would open, it made it hard for us to plan a life together. We were suspended in time and existing in limbo. It felt like we were living in the fractured space between the past and the future we created in our minds.

In the end, avoiding the news became our only coping mechanism, albeit a numbing one – but this is no way to live. Living vicariously through your fabricated version of reality can only last so long.

We knew it was going to be a challenge to stay together, and it was time for us to accept that this was no longer a challenge we were willing to endure.

So we decided it was time to break up. But we don’t like this term because it seems too simplistic for what our relationship was and is. Pardon me for getting a little woo-woo: our relationship was a nebulous phenomenon. It existed everywhere and nowhere at the same time. It was a feeling with no physical manifestation. It really was just a concept. That’s what long-distance is. It’s a bond between two hearts and that’s it. I only use the label of 'long-distance relationship' to try to give a construct to something that is otherwise so formless.

So how do you break up with something so all-encompassing? So ubiquitous? The answer is you don’t.

We decided to take a step back from our relationship. Just like the many other things that have been put on pause this year, we’re ready to resume it when all of this is over and there’s a clearer way forward for us. Call it what you want, a breakup, a break, a pause – it doesn’t matter. All that matters is that we see each other as life partners and we know that this is just a short chapter in a much bigger, more beautiful story.

So what was the phone call like? Well COVID took away the traditional face-to-face ending. As much as we wanted to hold each other, all that remained was just two wet faces crying over FaceTime.

Ending or pausing a relationship online strips you of any chance you have at getting closure. The weirder thing is that the next morning when I woke up, literally nothing in my physical world or lifestyle had changed. I got up, took a shower, went to work and came home. Just like I did before the call.

It’s a huge emotional change. But the lack of a physical, tangible change is the thing that’s the most strange. Leo wasn’t physically here before that call, and he still wasn’t here after it. My day to day has stayed basically the same, albeit with fewer checks of WhatsApp. There’s been no major change in my daily routine. I had already adapted to him not being here, so in that sense – I was prepared. I was already good at being alone.

As much as I want to say this feels like an injustice, and as much as I want to shake my fists at the universe and yell into the abyss that we’ve been so painfully wronged by something outside of our control – I won’t. It’s easy to feel defeated, but what use is that? It won’t change the situation. It won’t stop the virus from spreading. It certainly won’t open borders. What I can do though is focus on what I can control. And right now, that means putting one foot in front of the other and getting on with it.

I felt like I was holding my breath every day, waiting for something with no end date. I believed that my ideal life would only arrive when we were reunited. I thought I couldn’t be happy until we were back in the same country. What this resulted in was probably living as a shell of myself and absent from the life that was in front of me.

It’s now time to focus on the present and make sure I’m living every day with the same energy and enthusiasm that I always should have been.

I’m ready to step into my most alive self. If and when the right moment arises, I hope Leo and I can find our way back together. Because it’s in our human nature to hope - even when, and especially when, everything feels hopeless.

I’ve recently finished reading Sarah Wilson’s newest book, 'This One Wild And Precious Life', where she quotes a poem by Rumi:

"Out beyond ideas of wrongdoing

And rightdoing there is a field.

I’ll meet you there."

No one was to blame for what happened.

Looking for blame doesn’t help us arrive at the field either.

The only thing that will help us arrive at this field is time.

I’ll meet you there.