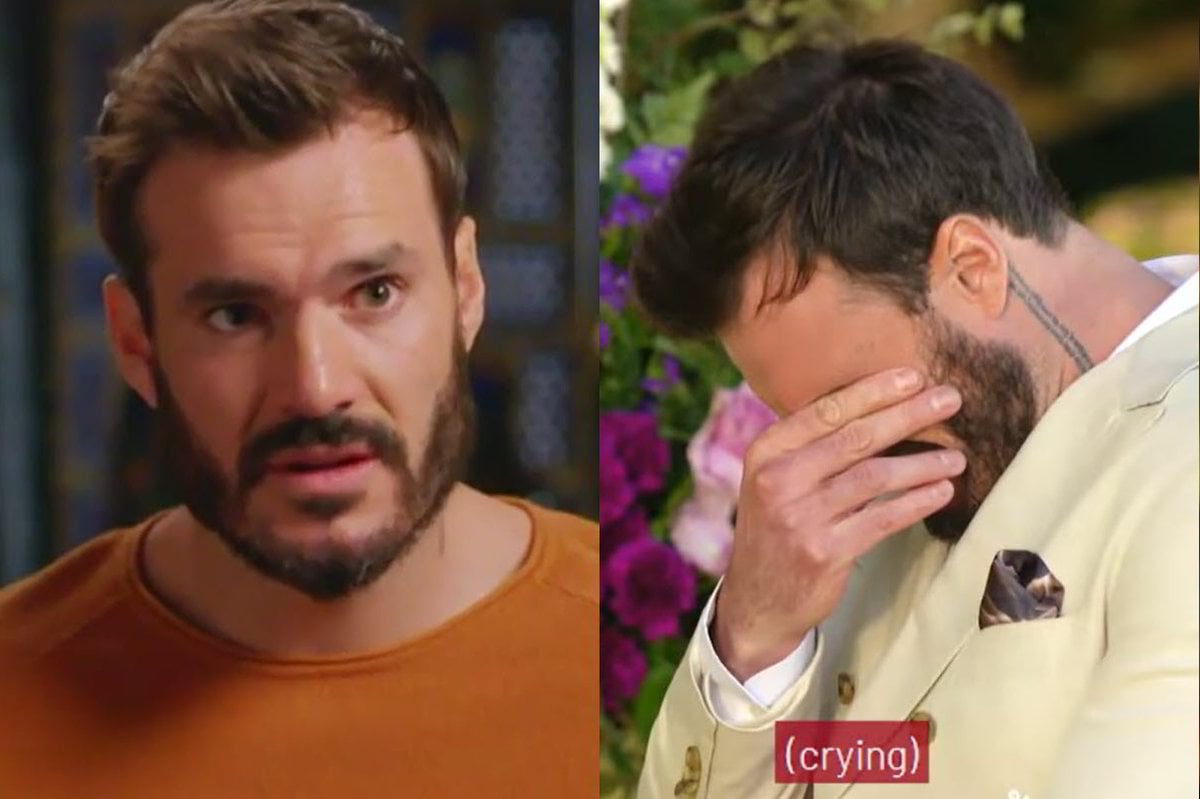 Like much of 2020, this year's season of The Bachelor is going to be a little... different.

In late March, filming for the show was suspended indefinitely due to concerns over the coronavirus pandemic. For weeks, production was halted and then continued in isolation.

Speaking to Mamamia ahead of the show's premiere on Wednesday, 31-year-old Locky said the shutdown, which happened about three quarters of the way through production, "sucked".

"It wasn't that we were stopping, it was that we were shutting down, so it was heartbreaking. We made all these crazy connections, and then it was just like we were done," he said.

Though a tough pill to swallow, it didn't take long for Locky to realise the shutdown actually did have a silver lining.

"That's where the benefits did start showing because I got to talk to them, rather than 10 minutes on a sofa with 15 other girls watching, I got to speak on the phone or video chat for an hour, two hours, three hours, four hours and no one was there to interrupt, and that was quite good because that's what a normal relationship is," Locky said.

The pandemic forced Bachelor filming to be extended by months, doubling the amount of time Locky had to get to know the women.

"I think that's what made the decision at the end so hard, because I got to know the girls so well," he explained.

Promos show how Locky struggled with his finale decision, admitting he was in love with both of his final two.

Filming has now ended and Locky confirmed that yes, he is in a relationship with his final woman and yes, he is very much in love.

Locky was confident of finding love, but he told Mamamia he never expected it to be such an emotionally tough journey.

"I thought coming into it, 'I know the relationship I want, I'll find that one girl out of it and then we'll sail on through the end', and little did I know I made connections with a number of people... The finale was one of the hardest things I've ever done. I'm not a big crier, I hadn't cried in years, and I broke down big time."

The period between filming The Bachelor finale and finally being able to share his relationship with the world once it airs has actually been easier than it has been for past Bachies.

Still can't believe we had this beautiful waterfall all to ourselves. Over 100m high, you can just feel the power in your bones. Is there anything better than nature? 📸@lifebeforekids @lskd @eastjava @fourelements_adventure #indonesia #eastjava #nature

Locky has been in self-isolation for the past two weeks after returning to his home state of Western Australia. The COVID-19 pandemic means the usual post-Bach secret meetups have been swapped for hours-long phone and video calls.

"I've been in my own little bubble, but I think as soon as I walk out the house and go anywhere it's going to hit me in the face," Locky said.

He has already experienced social media 'feedback' from fans during his two stints on Survivor Australia, and after his announcement as The Bachelor there was controversy from viewers who believed he was in a relationship with his co-star Brooke Jowett.

"It was just hard because me and Brooke never dated and there was six-seven months between when I saw Brooke last and when I was announced as The Bachelor," Locky explained.

Want a peek at this season of The Bachelor? Make sure you're sinking your teeth into @bachelorinparadiseau from 7.30 tonight and you might just get a little surprise 👀

Locky said he felt prepared for what is to come once the show begins to air, social media support and backlash included.

"It's been such a long process. I mean, we've gone through a global pandemic. People are going to be able to watch my relationship bloom and my whole journey on TV, it's a pretty exciting moment.

"My love grows deeper and deeper every day and I can't wait for the rest of my life."

It sounds like love in lockdown works and honestly, after this year, we need this.