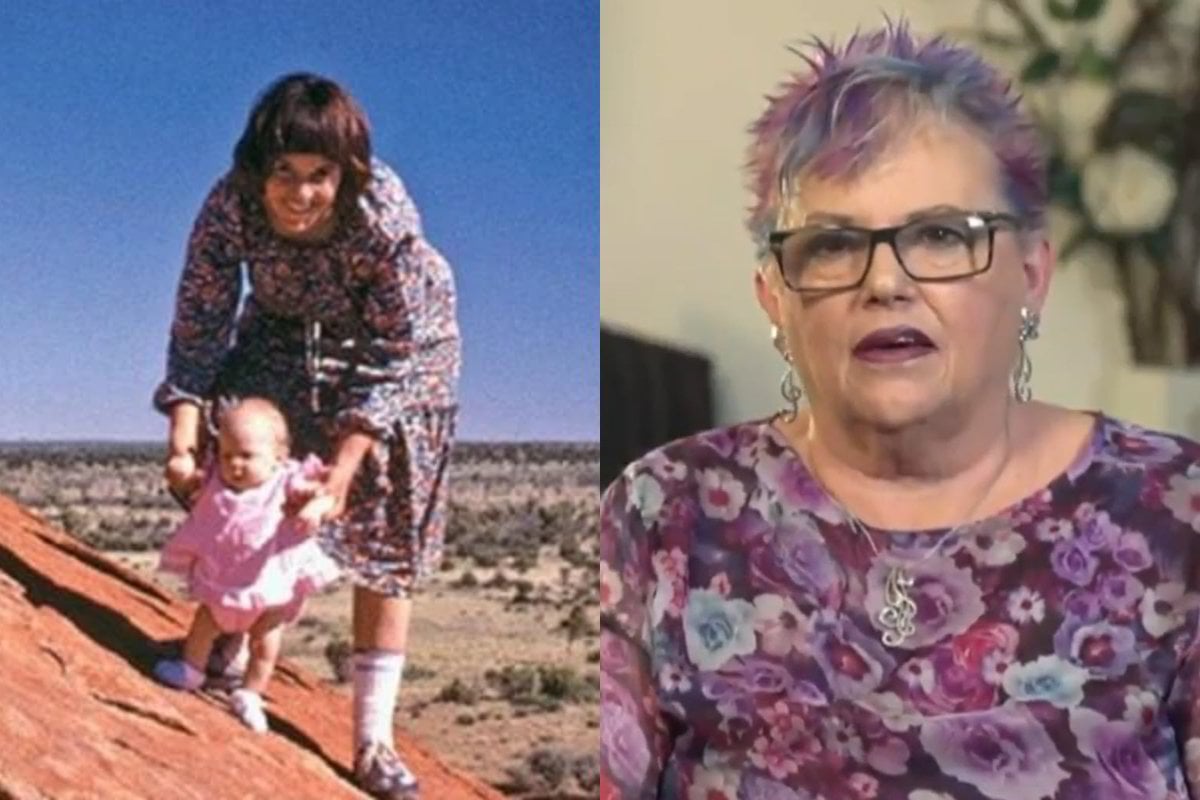 Forty years ago, Lindy Chamberlain-Creighton entered the tent where her two-month-old daughter Azaria had been sleeping.

She screamed, realising her child was missing. Azaria had been snatched from the family's tent at a camping ground in Uluru.

What happened next is perhaps one of Australia's best known stories: Chamberlain-Creighton had always maintained Azaria was taken by a dingo, and her pain became even deeper in 1982 when she was wrongfully charged with the murder of her daughter and sentenced to life in prison.

Lindy Chamberlain on hearing 'howling' in the street. Post continues below video.

She served three years in prison and was released in 1986 after fresh evidence came to light. In 1987, she and Azaria's father Michael Chamberlain had their convictions quashed.

There were four inquests and a government inquiry into the little girl’s death, and in 1992 the Australian government paid Chamberlain $1.3 million in compensation.

In 2012, a fourth coronial inquest found that Azaria died "as a result of being attacked and taken by a dingo".

But even so, Chamberlain-Creighton still finds herself mocked by members of the public.

She told Lisa Wilkinson on The Sunday Night she still hears taunts from strangers in the street.

"Obviously they do [doubt her innocence], they tell me so at times," she said.

"It’s only about three weeks ago since I got my last dingo howls."

"You're going to be judged by what you do, so you might as well be true to yourself and take your own path," Lindy Chamberlain on what she's learnt from all the pressure of public scrutiny, extreme struggle, and vilification. pic.twitter.com/FqnGkfCOA5

Chamberlain-Creighton said talking about what happened to her daughter is 'not her favourite topic'.

"It's a bit like going over the same things over and over again and I often think if I was asked a different line of questions you'd get totally different answers. And you'd go, 'Wow, I never knew that.'"

She said she has only ever done one interview on her time in prison, aside from those that feature in an upcoming mini series for Channel 10, which will share the personal stories of those connected to the case.

"I often think, 'Wow, there's three years of my life and people want to know everything but are they scared of that topic or what?'" she said.

"That amazes me. And they often tend not to ask you 'have you learnt anything? Have your opinions changed?'"

Chamberlain-Creighton said prison made her feel like life was "on hold" and "freeze framed" until her release.

She said she'd learned people will judge no matter what, so "you may as well be true to yourself and just take your own path".

Host of The Sunday Project Lisa Wilkinson commended Chamberlain-Creighton's "dignity" and "resolve," in light of what she's faced.

“I think you’re amazing. Lindy, having watched you over the last four decades go through everything you went through to have such an unfair set of circumstances surrounding you, the struggle, the spotlight, the pressure, the vilification, to meet you this evening for all of us has been an absolute joy and we so admire your dignity and your resolve," she said.

In a Channel Seven documentary aired on Sunday night, journalist Denham Hitchcock examined the police case against the Chamberlains, which led to false convictions.

Hitchcock uncovered secret police tapes and the authorities' unrelenting desire to pin Azaria's death on her mother, leading to Australia's most infamous miscarriage of justice.

The Lindy Tapes included interviews with people in Uluru at the time Azaria was taken by a dingo, including Murray Haby who was camping next to the Chamberlains.

Haby took photographs of a dingo watching him, sniffing around his camp site for food half an hour before Azaria went missing.

He thinks this was the dingo that took Azaria.

Haby, an amateur animal tracker, told Hitchcock he went in search of the dingo and found a track which looked to have an impression of a load - which could have been a baby - and a knitted garment. He lost the tracks in a carpark.

"[Police] said they were only looking for information that would help convict Lindy of murder," Haby said, saying he shook his head in disbelief as he believed police were meant to be "finding the truth".

Haby said a barrister told him he wouldn't be asked about the dingo and photographs in court, leaving him "dumbfounded".

It was clear detectives did not believe the Chamberlain's story from early on. In secret police tapes aired in the documentary, detectives discussed their murder theory and searched for evidence that supported this.

Police used a London professor who made outlandish claims that Azaria was decapitated, after only seeing images of her bloody jumpsuit. Hitchcock discovered the professor had a checkered past, with a history of testimony that found innocent people guilty.

Forensic evidence stated liquid found in the Chamberlain's car was 'fetal blood'. Police were certain Azaria had been murdered in the car by her mother. That 'blood' would eventually be discovered to be mine dust that reacted to the testing fluid. 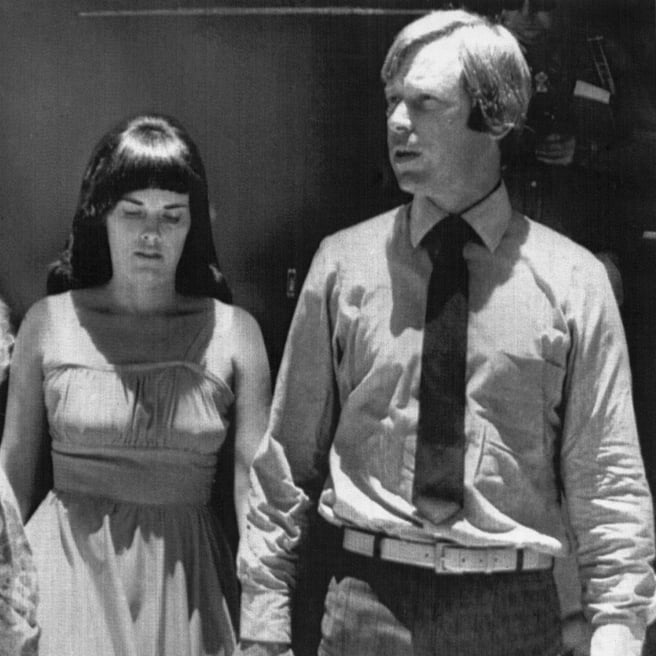 Witness Sally Lowe said she and others heard Azaria's cry before she was found missing from the tent, which disproved the police theory that Chamberlain had already killed her baby by this point.

The jury at Chamberlain-Creighton's trial also never heard from experienced Indigenous trackers, who had identified tracks in and around the tent and believed the dingo story.

Chamberlain-Creighton was found guilty of murder despite no body, no murder weapon, no eye witnesses, no confession and no motive.

All witness testimony went against the police's theory. Instead of being treated as honest stories worth listening to as part of a wide-reaching investigation, police treated them like inconvenient hurdles on their way to a murder conviction.

In the end, an innocent mother was wrongly convicted, and a family traumatised for years.

"That was just like when the dingo walked on me."

In 2019, Chamberlain-Creighton, now 72, recalled how her second son Reagan was just four years old when a dingo entered the tent he was sleeping in and took his baby sister Azaria.

The Chamberlains did not think Reagan remembered the incident, but when the family got a new dog they realised how much their son was haunted by that night.

"The first time that we knew [Reagan] was awake and remembered anything was when we got a new dog," she told Anh Do on Anh's Brush with Fame.

"He was lying on the floor and the puppy ran over his back and he sort of sat up and went, 'Ahhh'. I said, 'What's the matter?' And he said, 'Ahh, that was just like when the dingo walked on me.' And it was like 'You remember that? The dingo walked on you?' and he said 'Yes.'

"I said, 'But I thought you were asleep when I came in?' He's like, 'Nah, when you first came in I thought it had come back to get me so I played dead until you kicked me and spoke, then I realised that you were there and it was alright.'

"He just got walked on and we're thinking the first time [the dingo entered the tent it] disturbed him and then he said he heard some noises and then was walked on, so our surmising is that the noises were [Azaria] being attacked and then [the dingo] walking off over him."