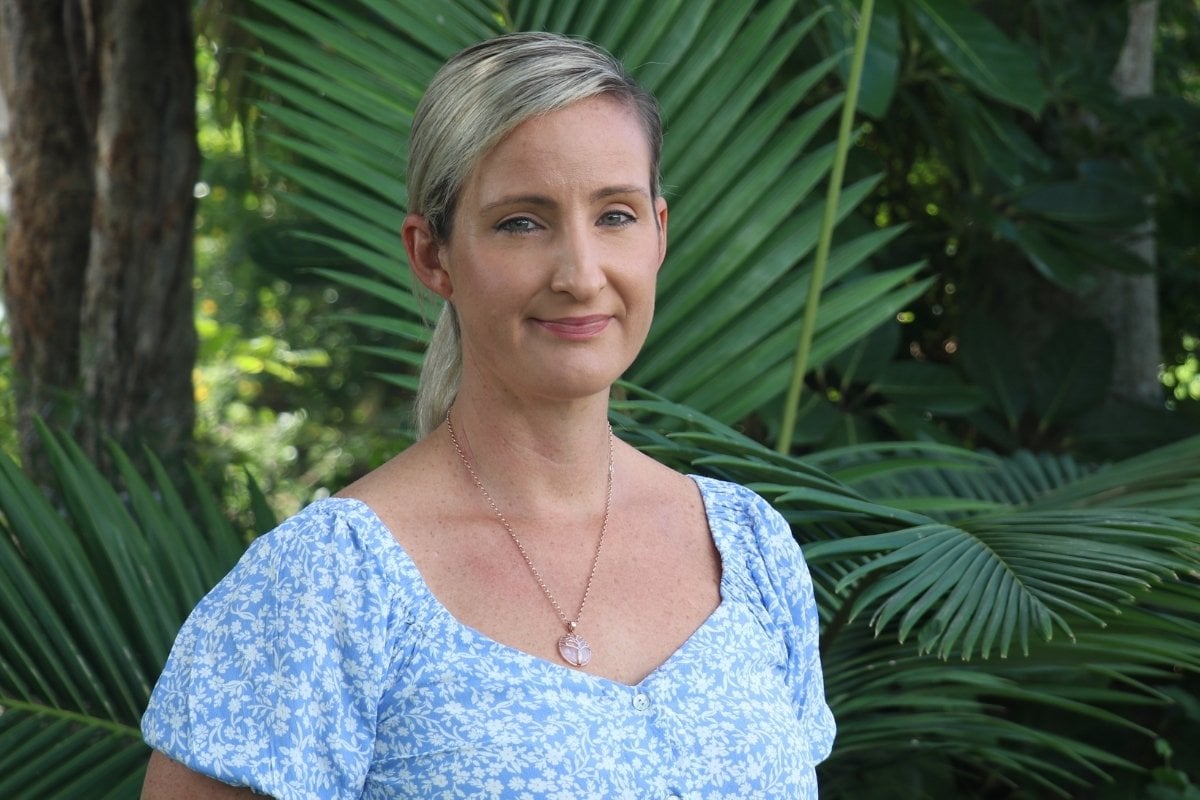 In her early 20s, Krishell Ennis found herself in search of stability. Like many in that pivotal age, she'd flipped from job to job — nannying in the US, working in a coffee shop, toying with the prospect of teaching, or maybe the police force.

Krishell joined the Australian Navy, where she worked as a Communications Information Systems Sailor. It was structure, travel, a fit for her social personality.

But when she chose to leave in 2013 after close to a decade, Krishell found herself once again aimless, left to negotiate the difficult transition back to civilian life without meaningful guidance or support.

Krishell's story is one little told about life in the military. Of all the talk about comradery, in her experience, that ended the moment she chose to discharge.

"You just feel insignificant," she told Mamamia. "You do feel like you're just a number, and you almost feel like you've been used, like 'You did your service, thanks very much. Off you go now.' The connection is cut, the ties are cut."

Listen: The Quicky speaks to two experts, to find out why even veterans who never see combat are left feeling desperate and what services are available to help them.

The transition out of service is notoriously fraught.

These men and women can find their lives suddenly devoid of the structure, the sense of purpose and the mateship that's defined their time in the armed forces.

For Krishell, it came amid an already trying time in her life. She was experiencing postnatal depression after the birth of her second child and, having recently moved to Western Australia from Sydney, was grappling with feelings of isolation.

"Knowing that I had to go back to sea, I just went, 'Okay, this isn't going to work, things are not right.' So I literally had like a month break, and then made the decision to discharge," she said.

The process was six weeks long, and Krishell said that at no point was she offered information or support about transitioning into the civilian workforce; no referrals to agencies, no career counselling, no contacts for support groups.

"None of that," she said. "It was a case of, 'Alright, here's your folder of your qualifications and see you later.' That's it.

"That was a surprise. I feel like no one actually talks about the struggle of the transition."

As Krishell notes, that wouldn't be unusual for any other workplace. But military jobs are often unique, with skills that don't necessarily translate to the 'real world'. Her role, for example, involved operating various systems that allow communication between naval ships, from morse code to flags and radio.

It took six demoralising months before she secured an interview, and eight before she got a position.

When she started, she wasn't prepared for how different the civilian workplace was, culturally, from that in the Navy.

"It took me a little while to understand that people do just go to work, they work and they leave," she said. "It's not what you get when you're in the military where your colleagues are like your family."

The sudden disconnection was difficult. 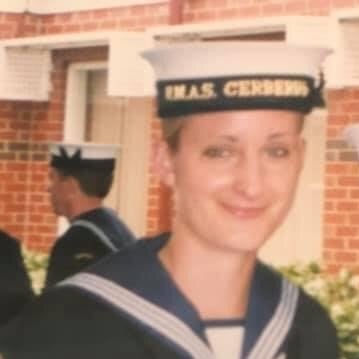 While Krishell wasn't deployed for combat, her ship was involved in international training exercises, refuelling operations and border protection that had her at sea for long stretches, away from her husband and children.

"If you've got girlfriends from high school, you run deep connections. But you're not physically and mentally challenged together [like you are in the Navy]," she said.

"When you live something like that with someone, and you can bounce off of each other for such a long period, the connections are really strong."

Fortunately, Krishell found a service in her new home on the Sunshine Coast, the STEPS Young Veterans Support program, through which a fellow veteran was able to assist her in applying for another qualification.

"Having a person that is also been through what you've been through, it's just amazing," she said. "To have someone be open and honest with you."

She notes that there are many services like this out there be it for employment support like STEPS, or for mental health support and even just social gatherings.

"From veterans motorbike groups to veterans footy clubs, there are so many different veteran communities out there, and so much support available," she said. "Once you start seeking it, just you're overwhelmed with how many people are willing to help."

While Krishell insists her struggles after discharging haven't tainted her feelings toward her time in the Navy, she laments the fact that it's fallen on veterans to plug the gaps in this "broken system" and help themselves.

"There should be some sort of system that helps people connect," she said. "We've got veterans that are helping veterans, because there's no system to support them. And those people have got their own mental health issues.

"So it's really, really hard. But they're doing it anyway, because it can really help people with the transition, help them feel they're not alone."

If you are pregnant or have recently given birth and think you may be suffering from depression, support is available via PANDA. You can find their website here or call their national helpline on 1300 726 306.

S
singlemumof3 a year ago

Reply
Upvote
I am an ex communications technician ('greenie' or 'c-rate' in navy slang) and this story echoes my experience in leaving the navy in 2008 after a 6 year service. I had a 'seminar' where a civilian shovelled information for an hour on employment as a civilian, then kicked me out of his office. End of transition. No follow-up. No details of transition/ employment/etc services, if there were any at the time. It's only now in 2021 that I started using 'Open arms' service to help with mental health care for veterans and ex-defence members. Any ex-defence member or their relatives reading this, I highly recommend the Open arms service. It's available for you and your family members.
M
mamamia-user-964440740 a year ago

Reply
Upvote
8 upvotes
The ADF run career transition seminars and recommend members start attending them years before they discharge. To say there is no support is not correct. Krishell may not have attended one but they exist along with the career transitions staff who support members during their discharge.
So many negative ADF stories today on Mamamia. Why not also report on the amazing work being done by women in our ADF?
C
cat a year ago

Reply
Upvote
@mamamia-user-964440740 the suicide rate and mental health issues among veterans  tell another story. Trying to blame the individuals for not attending an optional seminar is shameful.
G
guest2 a year ago

Reply
Upvote
4 upvotes
@cat The seminars are an important of transitioning to civvie street.  Some ex service  personnel have highly valuable skills which translate easily into civilian life, but others don't.   For those who have served for many years, they find it difficult how to navigate private housing, medicare - all the things which were taken care of in the military.   It tooks years for my husband to understand what a medicare was.   Floundering in their new role as civvies can contribute to depression.   There is definitely a lack of mental health services for those personnel diagnosed with PTSD, which is a shameful situation and needs addressing, but, as with most things the situation is more complicated than what is being portrayed in the media.
C
cat a year ago