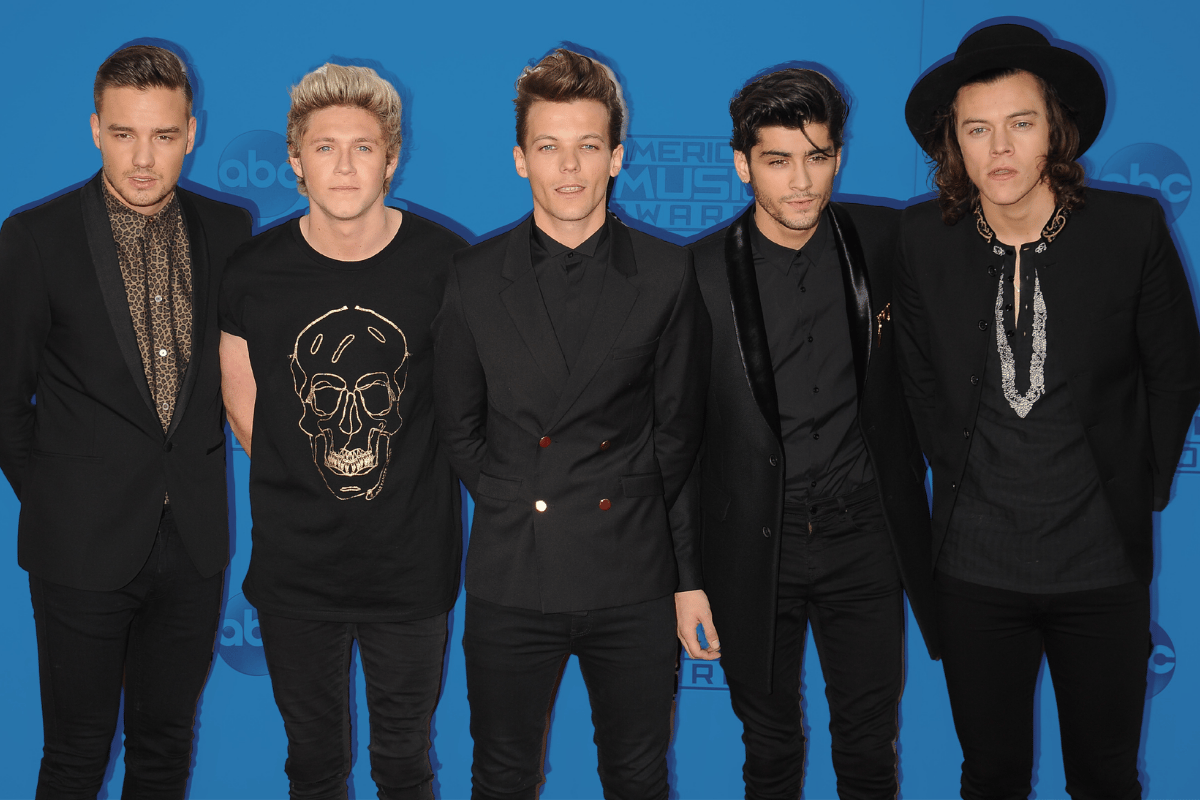 One Direction was the 2010's answer to The Beatles.

With Liam Payne, Zayn Malik, Niall Horan, Harry Styles, and Louis Tomlinson, the boy band was extremely successful and had a fan base that can only really be described as obsessive.

After years of reaching milestones and breaking records, Malik left the group in early 2015, before One Direction announced an extended hiatus in August 2015. They assured fans all was well among the band members, but that it was time to move on to the next chapter.

But all wasn't as cookie-cutter-perfect as projected.

This week, One Direction band member Liam Payne spoke on the Impaulsive With Logan Paul podcast – and he didn't hold back, delivering a few d*ck-swinging truth bombs. It was ironic timing, considering he's also been embroiled in a bit of scandal for allegedly cheating on his fiancée...

Here's everything we learned from the episode.

Watch Rebel Wilson and One Direction on The Ellen Show. Post continues below.

Louis Tomlinson and Liam Payne did not get on.

Well, we didn't see this one coming. Apparently, these two were not fans of one another while in the band.

And when asked who in the band was the most "rowdy," Payne said: "Louis was wild. He wanted to be wild. He's got this spirit."

Payne also said he almost "came to blows" with another bandmate backstage.

"It was well known within the band that I don't like taking s**t," he said. "There was one moment where there was an argument backstage and one member, in particular, threw me up a wall. So I said to him, 'If you don't remove those hands, there's a high likelihood you'll never use them again'."

Unfortunately for fans, we don't know which specific band member Payne was referring to. I guess we'll have to wait for the next podcast interview...

It was suggested that Zayn Malik didn't get on with, well, anyone.

Zayn Malik received the most criticism from Payne on the podcast with Logan Paul.

He said his relationship with Malik has been a complicated one, noting: "There's many reasons why I dislike Zayn and there's many reasons why I'll always, always be on his side. If I had had to go through what he went through – with his growth and whatever else… my parents are overly supportive to the point where it's annoying at times. Zayn had a different upbringing in that sense."

Looking at Payne's comments, it wasn't the most groundbreaking thing he said on the podcast, considering the fact Malik left the band first back in 2015.

At the time Malik said in a statement: "My life with One Direction has been more than I could ever have imagined. But, after five years, I feel like it is now the right time for me to leave the band. I have to do what feels right in my heart. I am leaving because I want to be a normal 22-year-old who is able to relax and have some private time out of the spotlight."

Liam Payne had some additional things to say about Zayn Malik's behaviour.

Payne then made what can only be described as a pointed reference to Malik's incident with ex-partner Gigi Hadid's mum Yolanda Hadid.

For context, there were allegations that Malik had "physically assaulted" Yolanda and called her a "f**king Dutch sl*t" in 2021. Malik has since filed a "no contest" plea to four counts of harassment against Yolanda and Gigi Hadid, saying the reasoning for the plea was because he wanted to keep his family affairs "private". He and Gigi have since split.

Now, what Payne did was reference a bit of old drama between Jake Paul (the podcast host's brother), Malik and Gigi Hadid back in 2020. Too much drama to keep up with, we know.

The altercation between the Pauls and Hadid/Mailk resulted in her tweeting the below:

Lol cause he doesn’t care to hang w you and your embarrassing crew of YouTube groupies ..? Home alone with his best friends like a respectful king cause he has me, sweetie. Unbothered by your irrelevant ugly ass. Go to bed ...

Reflecting on it and what's happened since with the assault allegations, Payne said: "She tweeted something about 'get yourself a respectful man' or something. That one didn't age very well."

Payne was on a mission to burn s**t up.

He continued: "You can always look at the man for where he is and say, 'Oh, yeah, whatever, that guy's a d*ck. Listen, I don't agree with any of his actions. I can commend some of the things that he's done. I can't be on his side for that. What I can say is I understand and your only hope is that at some point in their life, the person at the other end of the phone wants to receive the help that you're willing to give them." 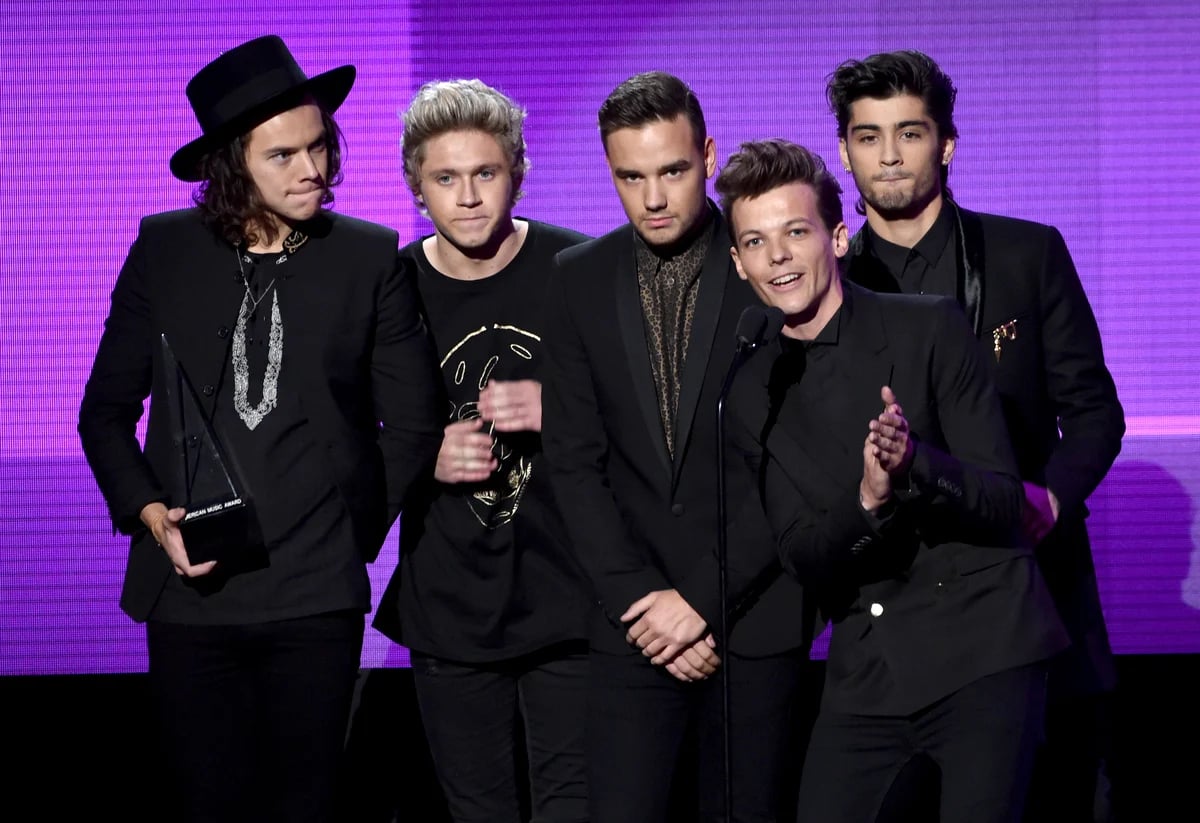 Payne is one of the only band members to speak so openly about his true feelings.

When you think about it, both Niall Horan and Harry Styles went on The Late Late Show with James Corden and opted to drink a chunky salmon smoothie and a scorpion rather than rank their One Direction band members.

As for Malik, he has previously said that One Direction's music was "generic as f**k".

In 2015, he said in an interview with Rolling Stone: "That's not music I would listen to. Would you listen to One Direction at a party with your girl? I wouldn't."

In 2016 on Beats 1 radio, Malik said: "I think I always wanted to go [from One Direction], from like the first year, really. I never really wanted to be there, like in the band."

To really affirm his disdain, Malik then said in 2017 to Us Weekly he and Harry Styles were not close while they were in the band together.

"Everything is on a civil level. To be honest, I never really spoke to Harry even when I was in the band. So I didn't really expect that much of a relationship with him," he said.

To tie everything into a neat 'screw you One Direction' bow, Malik then said to GQ that he didn't like anyone in the band, and that he "didn't make any friends from the band".

Stereotypes not your thing? Take this short survey now to go in the running to win a $50 gift voucher!