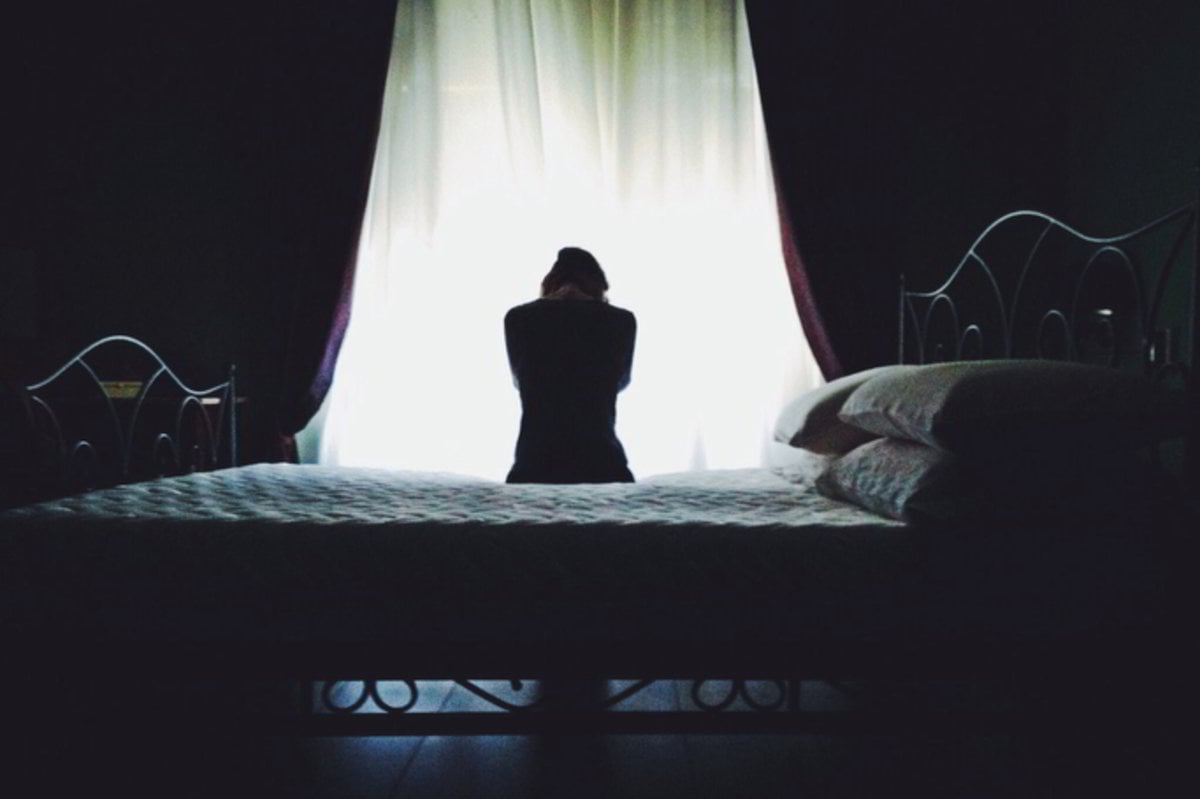 As a lawyer who has many years of experience drafting wills, I have lost count of the amount of times I’ve asked a couple about their family situation. They will tell me about their children.

Often the family is blended, some children are theirs, others his or hers.

Occasionally, I will see an odd look in the man’s eyes and press a bit further.

That’s when he will mention a child that he hasn’t seen for 20 or more years. A child whose name he knows, but that is all.

If he wanted to find his adult child, he wouldn’t have a clue where to start looking.

I have seen this many times, often observing a distinct lack of sadness, an apparent acceptance of this devastating situation, that there is a child out there who does not know their father.

When my son was two, I unwisely followed the ‘cry it out’ advice when I could not get him to have a day sleep. He was in the early stages of diagnosis, his labels at that point being a mild global development delay and a more severe delay in his receptive and expressive language.

I put him to bed, locked his door, sat outside it and cried.

He cried too, for more than an hour. I was told to stay strong, that I was doing this to help him, that he would learn.

I didn’t go into his room until he had been quiet for 30 minutes. I’ll never forget what I found when I opened the door.

My precious son, along with the bed, floor and walls were covered in his excrement. And he was asleep on the floor in the middle of it all.

I never made him ‘cry it out’ again.

As the years went on nothing got easier. Eventually we added autism, epilepsy and Obsessive Compulsive Disorder to his list of conditions.

The thing I had feared the most had happened. My child had a severe disability.

And on top of this, my marriage was a place of pain and fear. I had been dealt a double whammy, a severely disabled son and a controlling abusive husband.

I have noticed something about families with a severely disabled child. Many of the relationships between the parents end early.

Among those that don’t, I have observed some amazingly strong marriages. Two adults who, despite the incredibly challenging parenting circumstances they have found themselves in, are still best friends, still deeply love, care for and respect each other, still understand that if the marriage comes first everyone, including the disabled child, wins.

I was not in one of those marriages. Mine was a long-term abusive relationship. I had made the devastating mistake of committing my life to a deeply insecure man who dealt with his own fear by gradually assuming control over my life, taking whatever steps were necessary to ensure I would never leave, that his source of security would always be there.

I allowed the watching world to believe that all was wine and roses. I painted a picture of a resilient couple who relentlessly cared for a very challenging child.

I was the lead actress in my own façade.  All the while, I was dying inside.

An abusive marriage and a disabled child, it’s a horrible combination. My love for and commitment to my son was constantly battling with my desperation to be free from abuse. It felt like prison, I wanted to leave, but didn’t believe I had the capacity to care for my rapidly growing son alone.

My son was 14 when I finally left. He was already my height and stronger than me, and that was before puberty hit. My ex and I shared his care on a week on, week off basis.

It was before the roll-out of the National Disability Insurance Scheme. I paid for support workers to take him some of the time. I barely coped.

There was the physical struggle, the bruises where he had taken his frustration out on me. But the mental struggle was greater. I simply could not take my eyes off my son for a second.

I counted the days until he went back to his dad and dreaded his return.

He was a teenager, with the strength of a fully grown man, and the mind of a toddler.

And I loved him, still love him. If love was the emotion that fuelled capacity to cope with the relentlessness of parenting a child with a severe disability, then my son would still be living with me, and we would be fine.

Eventually, after a few frightening events I came to terms with the reality that I could not keep my son, or myself safe. My ex took him full time.

I should say here that my ex is a loving, caring and capable father to my son. He has more capacity to care for him than I do.

But my decision gave him power to continue to control and manipulate me. To be reasonable in one phone call and abusive in the next. To keep me on eggshells, just as I had always been.

I experienced constant flash-backs of the abuse. Times where he had threatened to drive the car into a tree with us in it or to take his own life. The times he held me down to meet his own selfish needs.

I was diagnosed with Complex Post Traumatic Stress Disorder. I entered counselling and started anti-depressants. But I wasn’t getting anywhere.  Every time I had any contact with my ex I would be re-traumatised.

I was warned by my psychologist that I was at risk of a complete breakdown, from which I may not recover. I was urged to immediately cut all contact with my abuser.

I had no choice.

I tried to make arrangements for time with my son with the support of carers to transport him to and from his home and to support me while I spend time with him.

My ex would not entertain anything that allowed me to remove contact between him and I, even at the cost of our son’s relationship with his mother.

So, I made the agonising decision to walk away from my child.

I never wanted to leave my son. I miss him every day. Now that I have recovered somewhat, I am finding a way back to him.

But I have been very confronted by the assumptions that people make when a mother is not seeing her own child. You will hear about maternal instinct and shameless self-absorption.

I lost friends and endured judgment. Comments like, "I love my kids too much" or "I could never put myself before my kids, no matter what."

So, I stopped talking about my pain. The judgment and complete lack of understanding was just too much.

It saddens me to say this, but women can be so cruel.

I grieved, recovered, then fought.

For a while, nearly a year, I lost a child who hadn’t died. I lost him to the man who kept me in fear for almost three decades. A man addicted to power and control.

During this time, I have gradually started to put my broken pieces back to together, to accept that I have value.

And recently I have started the legal process to find a way to have a relationship with my son that does not involve my abuser.

Very soon I believe my relationship with my son will be restored.

There’s always more to the story

We let fathers walk away. We castigate a woman that does the same, without a thought as to the circumstances. Without the slightest consideration of the impossible situation she has found herself in.

If we truly want a world of equality, then that’s what has to change.

Matilda is a survivor of long-term domestic abuse, devoted mother, writer and lawyer.  She writes about her experiences, in the hope of helping others.

Reply
Upvote
1 upvotes
I have nothing but respect and empathy for anyone living with a disabled child.  My cousin was severely disabled and once she became older it was impossible to care for her at home (pre NDIS and home support), she died aged 18.   My best friend's (from childhood), daughter was disabled and in the end it became too much and she and her husband let their daughter die.  The parents were subsequently charged with murder, whilst on bail, her husband shot himself, but due to a sympathetic judge, the mother did not receive any custodial sentence.   My neighbour's daughter is disabled and although her parents receive a generous NDIS package, I don't know how they cope, especially when I see the little girl hitting and pushing her mum which is her only means of communication.   No-one has the right to judge the woman in the above story, or indeed, anyone who has to care 24/7 for a child with a severe disability. No-one.
C
cat 2 years ago