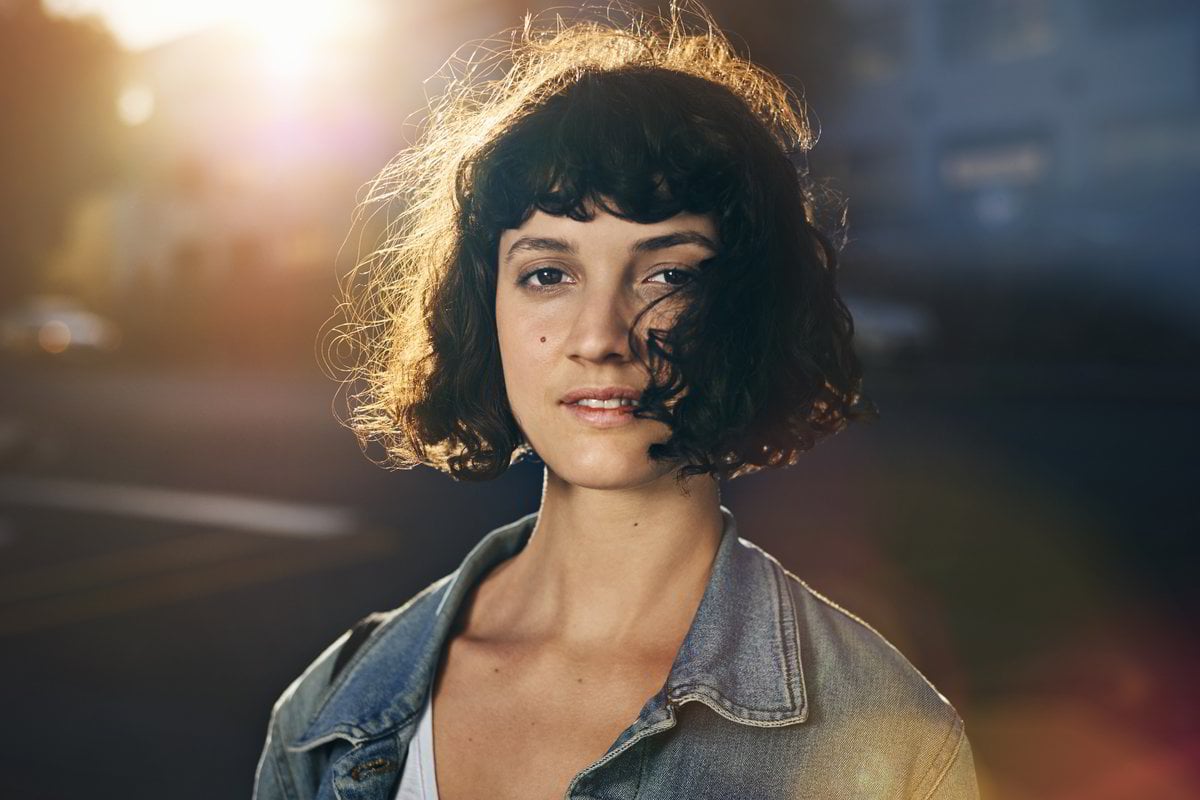 "I have no idea what I’ve done wrong!"

This is the way it always starts. Then it’s often followed by assertions they did everything for their children. As they try to desperately convince me they are the victim, I can’t help but feel who they are really trying to convince is themselves.

As an estranged child, it’s hard for me to have these conversations. These parents are saying many of the things my parents say. I’m sure my mother and father are out there somewhere, insisting they have no idea what they’ve done wrong.

But the truth is, many of these parents do know what they did wrong. Firstly, because they were there. They know very well what they have done because they were the ones doing it. And secondly, we tell them as adults in a desperate bid to make them see the error of their ways so we can save the relationship.

I told my mother many times how she had affected me. Each time, I naively hoped she would listen to me and say sorry. All I wanted was for her to acknowledge the years of psychological abuse and admit it was her fault so I could stop blaming myself. But she refused to take responsibility. So one day I cut ties, and she had the audacity to act as if it came out of nowhere.

I begged my father many times to believe me over my mother. He didn’t. After what felt like the one-hundredth time, I cut ties for the sake of my mental health. He insists he has no idea why I don’t talk to him.

Both of my parents know the truth. But they don’t want to face it. Telling stories to other people where they paint themselves as the victims is more comforting. And those people lap it up and feel sorry for them.

I understand parents and children fall out sometimes. And I know not all situations are like mine. I’ve also had conversations with parents who were victims of abusive children. But I can’t help but feel sceptical of parents who complain about their children cutting them out as if they are ungrateful brats, rather than trying to understand their children’s pain.

With this particular sort of parent, there is never any evidence they are taking responsibility for how they may have contributed to their children’s estrangement. And this makes me uncomfortable.

It’s very difficult to separate from your parents. Although my mother was abusive and my father an enabler, this didn’t make it any easier to leave. It took over 20 years to finally cut them out because we had a trauma bond.

The environment necessary to create a trauma bond involves intensity, complexity, inconsistency, and a promise.

Victims stay because they are holding on to that elusive "promise" or hope. There is always manipulation involved.

Victims are prey to the manipulation because they are willing to tolerate anything for the payoff, which is that elusive promise and ever present hope for fulfillment of some deeply personal need within the victim.

Although it has been over four years since I cut my parents out of my life, the trauma bond remains. Every day I have to resist the urge to reconcile with them. So when parents of estranged children insist their kids "cut me out for no reason just like that!", in a way that makes it clear they are making sure people believe they are the victim in case their children tell their side of the story, it makes my skin crawl.

Why have you brought this up out of nowhere? Why are you trying to convince me? Why do you need me onside? Why aren’t you putting this energy into working on yourself and your relationship with your children?

Children don’t want to break off their relationship with their parents, whether that child is twenty-five or sixty-five. The Still Face Experiment by Dr Edward Tronick in 1975 showed babies will attempt to fix a bond with their caregiver.

"An infant, after three minutes of 'interaction' with a non-responsive expressionless mother, rapidly sobers and grows wary. He makes repeated attempts to get the interaction into its usual reciprocal pattern. When these attempts fail, the infant withdraws [and] orients his face and body away from his mother with a withdrawn, hopeless facial expression." — Edward Tronick

When the mother goes back to being attentive and expressive, the infant is overjoyed. This experiment shows our need for connection with our parents starts very early in life. Much like the infants in this experiment, as a grown-up child I would feel overjoyed if my parents apologised and proved they had changed.

In any other abusive relationship, we would admire the victim for leaving and becoming a survivor. Yet when the perpetrator is a parent, these actions aren’t met with admiration and often people feel sympathy for the parents who have lost their children.

The last time I had one of these conversations with a parent, I gently probed: "Have you asked your daughter why she isn’t talking to you?" They replied they hadn’t. Obviously, I asked why and they hastily responded: "She won’t tell me why." They thought I was on their side and felt sorry for them. Poor thing, they don’t know why their child cut them out. But due to their response, I felt like I knew why and they knew why too.

"I have no idea what I’ve done wrong!"

Reply
Upvote
Careful with broad brushstrokes! I totally understand the author - I had to break with my single-parent mom when I was in my 20s because she was so manipulative and abusive with my wife. I was able to put up with her controlling and immature behavior it when it was just me, but not when it affected the love of my life. She would have never acknowledged or changed in any way. The funny thing was my wife was always trying to get me to reconcile with her because she felt it was important - I just couldn't do it anymore.
She recently passed away from cancer. I didn't attend her funeral. I love her as my mom every day, I just couldn't take the toxicity of her as a person.
Now the flip side... We have four adoptive children and one birth child (no we don't make a distinction - just needed for the story). We try to raise our kids with love, but with boundries. Our boundries are determined by our beliefs and we strive to instill them in our children.
Just to be clear, our beliefs are not cray cray. They basically boil down to:
* You will respect your parents authority
* You will attend church with the family (we only go once a week for crying in the bucket)
* You will not use God's name in vain
* You will not use drugs (or give the appearance of) in our home
* You will earn the "extra" things you want (both our boys did not have drivers licenses when they left our home - it was tied to passing grades - they never passed - ever!)
* You will not have unmonitored Internet access (I work in IT, I know what kind of crap is out there an how hard it is to keep kids away from it)
Really, that was about it.
Our older boys weren't having any of it. The older they got, the more they wanted to be the kids they saw on TV/internet. The reinforcement they got from all the "latchkey" kids didn't help. These were kids who had divorced single parents that provided them with food, shelter, spending money, "toys" (cars, phones, xboxes, etc.) and and insane amount of "freedom" because they couldn't be there because they were out earning money to provide all of this for their kids.
At 17 1/2 and 18 these kids walked out - smack dab into a world that just doesn't care. We attempted several times to get them to come back and try to get their lives on track. When we made it clear that we loved them, but would not bend in our beliefs - they were gone again.
Our oldest is a disaster. I don't believe we will ever see him again. After drugs, multiple jobs, and an abandoned child on his part - I believe he blames us for his lot in life.
Our second oldest called out of the blue on Mother's Day three years ago. Said he just wanted to apologize and let us know how much he loves us. He pretty much comes home every weekend and spends time with us (three kids still at home - one attending college locally). He doesn't live the life that we would have chosen for him, but he understands our beliefs and respects them while he is around us.
Every story is different. Immediately painting the kids as selfish brats would be wrong, but I believe priming people to immediately blame the parents is just as wrong. If you actually care, you need to learn the entire story of the people involved before you pass judgement. Remember, if you are immediately looking to see which side you should disrespect and put down, you are missing an opportunity to reach out and see who you can lift up.
laura__palmer 5 months ago

Reply
Upvote
2 upvotes
@thorj1969 As a kid raised in the church, I implore you to look into the trauma that being raised in religion can cause. I don't think you should blame yourselves, not at all, but I think forcing people into a belief system that suggests there is something inherently wrong with them does great damage to some people, and this should be considered.
I hated church, even if it was just once a week, and I hated the teachings. I never felt like I was worthy or good enough and it had a huge effect on my self-esteem and sense of self worth.

I don't blame my parents, but I do wish I was given the choice as to what I wanted to believe in, spiritually.
pa333 a month ago

Reply
Upvote
I’m an unwanted parent. Yes there are two sides to every story and ours is long, painful and complicated but whilst I have worked hard on recognising, accepting and working in my faults, my daughter is happy to continue to live like I don’t exist. Many of my mistakes were a product of my childhood and the way I grew up, I was never abusive in any way just overprotective and went the wrong way about trying to help! I have learnt, grown  and changed so much for the better but my estranged child hates me, my grandchild hates me and no matter what, the broken heart never heals.
News
General
Opinion
True Crime
Politics
Sport
Explainer
Entertainment
Celebrity
Reality TV
Movies
TV
Books
Rogue
Royal
Lifestyle
Beauty
Fashion
Weddings
Home
Wellness
Health
Fitness
Travel
Food
Parents
Before The Bump
Pregnancy
Baby
Kids
Teens
School
Parent Opinion
Work & Money
Money
Finance
Career
Lady Startup
Relationships
Sex
Dating
Separation
Friendship
Family
Real Life
Couples